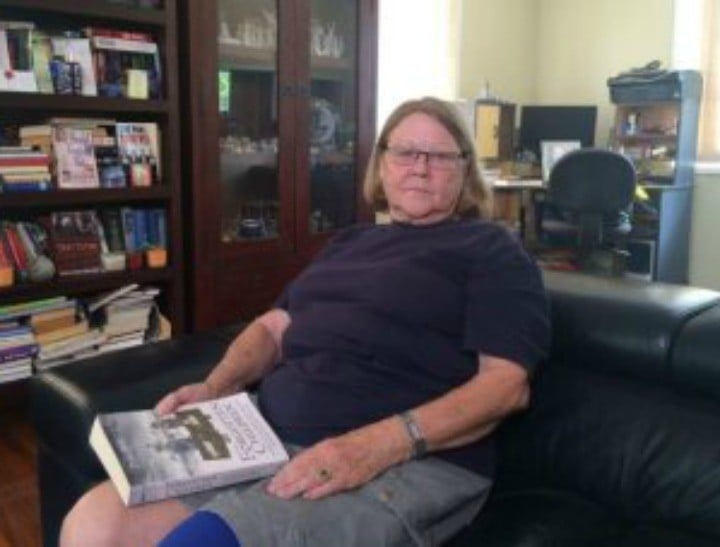 A new report says the widespread effects of child abuse are costing Australia $9 billion a year.

Researcher Nick Hossack used data from the Australian Bureau of Statistics to arrive at the figure.

It is based on the fact that almost 4 million Australian adults were abused as children and they are now grappling with major psychological trauma as a result, triggering attempted suicides, mental illnesses, depression and obesity.

Those benefits to the budget have been presented in a 66-page report – a report ASCA is urging the Federal Government to read.

Carrie is the survivor of a paedophile ring. This is her story.

The group’s director Dr Cathy Kezelman, herself a survivor of abuse, said the Government needs to know how much money it is losing by not tackling the issue properly.

“It’s really about the cost of inaction for adult survivors,” she said.

“The economic cost of obesity, alcohol abuse, mental health issues, suicide and attempted suicide are incredibly substantial and if we nip them in the bud before they escalate we can really induce cost savings.”

‘Improving support would help the economy’

Dr Kezelman said there is every reason for the Prime Minister Tony Abbott to listen.

“We are in a situation where we have a major structural budget deficit so this is in response to Tony Abbott’s call for policy around saving the projected exponentially expanding health forecast,” she said.

The report makes a range of recommendations including training GPs so they know how to identify people who have been abused.

“The GP role is critical – they see many survivors every day and if trauma is not on their radar they won’t think about it,” Dr Kezelman said.

“They won’t identify the many medical and mental health problems survivors present with, along with the relationship challenges they face, and therefore they won’t know how to support them properly.”

Many survivors struggle to hold down a job, which leads to homelessness or a lifetime of welfare dependency.

“The homeless services, alcohol and drug services… survivors cover the majority of our social ills but I suppose the bottom line issue is that there hasn’t been an investment in those areas that is proportionate to the cost to individuals and the cost to our country,” Dr Kezelman said.

She said investing in services for abuse survivors has countless benefits.

“It’s also so that we can improve the health of our next generation because we know that when adult survivors have worked through their issues their children do a lot better,” she said.

Dr Kezelman said she was not surprised by the results of the research.

“For people working in the area, who understand the devastating repercussions of abuse, to hear that the associated trauma is costing Australia $9 billion a year is not that shocking,” Dr Kezelman said.

“What’s shocking is that we don’t have the services to make a difference.”

It never leaves you: abuse victim

Abuse survivors have welcomed the report, including a woman who asked only to be named as Barbara.

Barbara was repeatedly raped and beaten in several Queensland homes including one run by the Salvation Army, and another by the Uniting Church.

“It never leaves you, you never forget,” she said of her horrific childhood.

“I can’t sleep without the light on, I am constantly angry, I don’t want to be around people.”

Barbara has received some financial compensation, but she said it is nothing considering the years she had spent in counselling sessions trying to get “into a good place”.

ASCA said it will work hard to arrange meetings with the Federal Government to discuss the report and consider its recommendations.

This story first appeared on the ABC and was republished here with full permission.

this is our shameful culture and our shameful past and no doubt our silent present. My heart bleeds for those children. I was sexually assaulted on my first day in high school. I was quite innocent as we were in those days at age 12. However he called me over pushed me into an open gardeners shed and abused me. I didn't even know what he was doing till it was over. I have never told a soul. the reason is my mother was abandoned by my father who left her and us five children in poverty to run off with his secretary who had no children. In those days there was no 'equal' distribution of assets and my mother worked very hard to support us and has felt like she never did a good enough job. She would have carried my assault as some sort of failing on her part - wishing she could have sent me to an all girls school and so forth which should have happened had she been married as my father was quite well off. Anyway, point being, what we know about child abuse, as horrific as it is, is perhaps just the tip of a much bigger iceberg. There are many like me no doubt, who have never breathed a word of what they have had done to them. My innocence was lost that day and I can't imagine what horrors children in institutions have lived through having systematic abuse in comparison to a one off event which is bad enough. I've never forgotten that boys name. When my mother ever dies, I'll do something about tracking him down and confronting him. For him to do what he did, I can only imagine he too must have been exposed to depravity at a young age.

Getting therapy helped me to draw the correlation between really unhealthy relationships (unavailable) and the csa I suffered as a child by my Grandfather (untreated). What hurt the most was that I was able to completely turn my life around and to stop my destructive behaviour only to be told by certain people that I was using the csa as an excuse for my past horrible behaviour after being told by a professional that it is the reason for it - back to trying to deal with my issues.