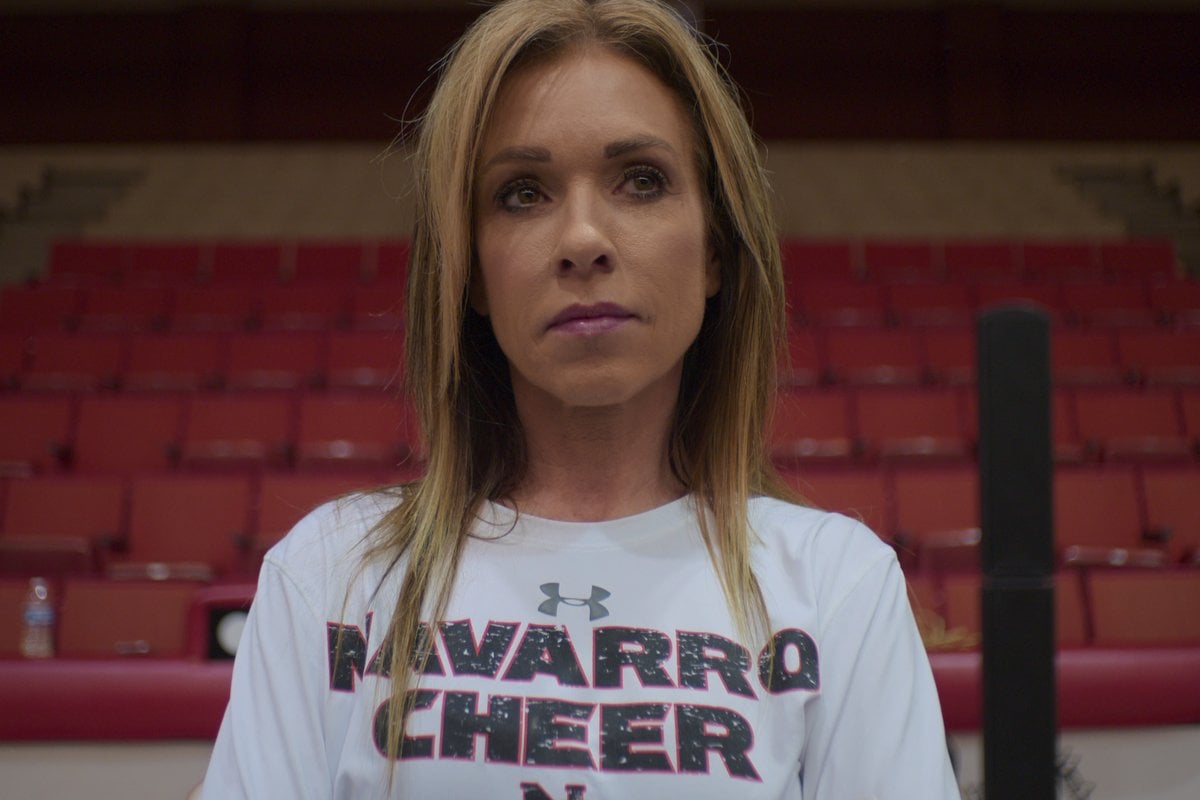 It feels like forever since we first set our sights on Navarro College’s top cheerleading team, but finally, they're back.

After a two-year wait, season two of Cheer will premiere on Netflix on January 12.

The hit docuseries, which followed US cheerleading team Navarro Cheer as they prepared to compete in the National Cheerleading Championship, will return to show how the cast have dealt with fame, COVID-19, and more.

Watch the trailer for Cheer season two below. Post continues after video.

Here's everything we know about Cheer season two.

What can we expect from season two?

When the first season of Netflix's Cheer was released at the beginning of 2020, the series unexpectedly dominated our social media feeds.

In fact, it was pretty much the biggest pop culture moment for cheerleading since Bring It On.

The six-part season followed the Navarro College cheerleading squad as they prepared for 2019’s championship in Daytona Beach, Florida

And in season two, we can expect to see more tumbling, more camaraderie and inevitably, more brutal injuries.

Here's what we else we can expect, according to Netflix:

"The Emmy-winning breakout sensation is back and the stakes have never been higher.

"As season two opens and the buzz around their newfound stardom threatens to alter the dynamic of Navarro Cheer, the team finds no amount of press frenzy could compare to the challenges they must face when COVID-19 upends the 2020 cheer season and a serious criminal accusation is levied at one of their teammates.

"Against that dramatic backdrop, the nine-episode season expands to showcase Navarro’s fiercest rival: Trinity Valley Community College. As with the Navarro team, TVCC has a charismatic coach and breakout stars whose struggles, triumphs and stories extend far beyond the mat.

"As both teams push for the 2021 championship in Daytona, familiar faces take compelling detours and new contenders make a name for themselves."

This means the new season will primarily focus on the rivalry between Navarro and Trinity Valley, as well as the battle for the 2021 Daytona Championship.

As for when the series was produced, filming for the second season began in January 2020.

However, production was later scrapped due to the COVID-19 pandemic, before filming recommenced in September 2020.

Will the new season address the Jerry Harris allegations?

Since the premiere of Cheer on Netflix in January 2020, three people connected to the documentary series have been arrested for sex offence charges involving minors.

Most recently, Robert Joseph Scianna Jr. and Mitchell Ryan - both of whom were on the Navarro College cheer team that was the focus of Cheer - were arrested in February 2021 in separate criminal cases relating to alleged sexual misconduct.

The arrests came four months after Jeremiah "Jerry" Harris, one of the most prominent stars on Cheer, was arrested for allegedly producing child pornography and was later handed seven additional sex offence charges, which he has pleaded not guilty to.

During an interview with law enforcement officials, Harris admitted to soliciting and receiving explicit images from one of the minors and "at least between 10 to 15 other individuals he knew were minors", according to BBC. 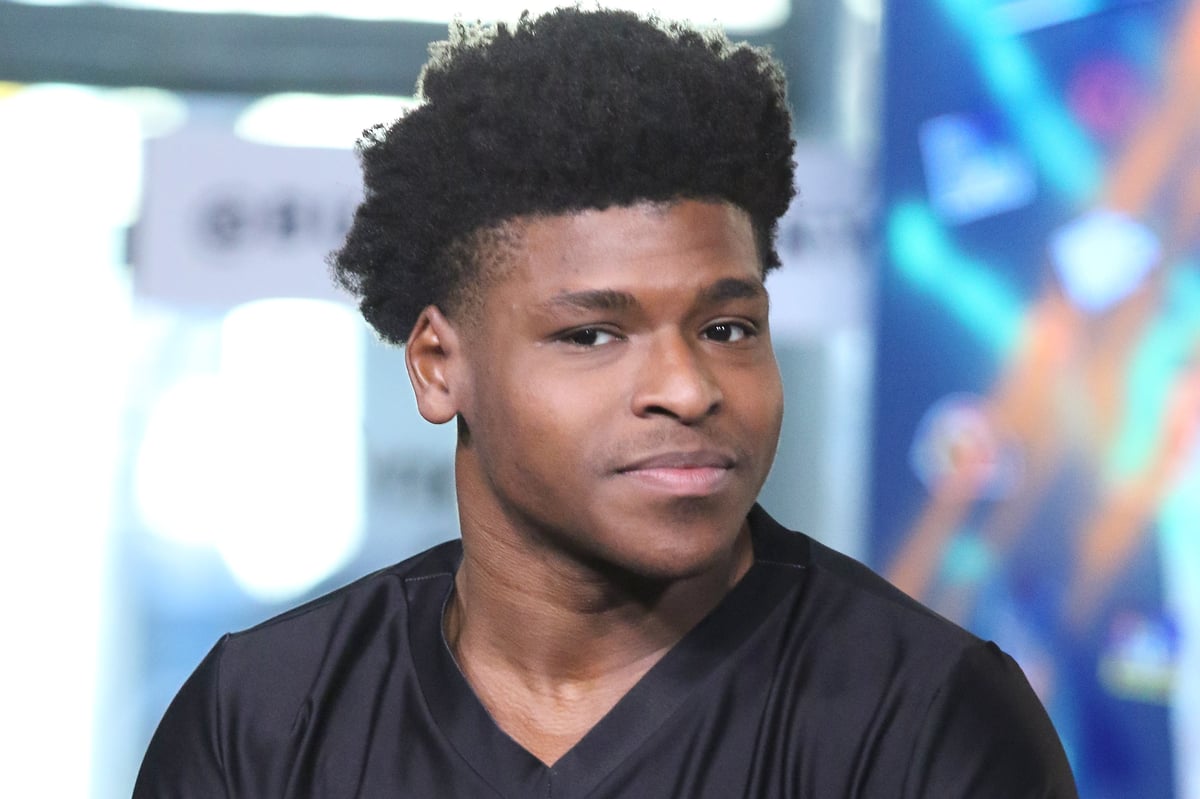 Despite the alleged confession, representatives for Harris denied the allegations, saying in a statement: "We categorically dispute the claims made against Jerry Harris, which are alleged to have occurred when he was a teenager. We are confident that when the investigation is completed the true facts will be revealed."

Netflix also released a statement, writing: "Like everyone we are shocked by this news. Any abuse of minors is a terrible crime and we respect the legal process."

It's believed one episode of Cheer season two will focus entirely on the allegations, including the effect of the case on Harris' former teammates.

We had a glimpse at the media policy surrounding filming at Daytona in the first season of Cheer, when the docuseries stated it was not allowed to film at the event and relied on amateur footage from the Navarro squad.

But it's reportedly even more intense than that.

An exclusivity policy in the Competition Rule Book states:

"Teams may jeopardise their eligibility to compete in the NCA & NDA Collegiate Cheer and Dance Championship if they participate in a televised program or print media that portrays their team, school or general activity of collegiate cheer and/or dance in a negative manner.

NCA & NDA must deem the program or material content reasonable and appropriate regarding performance integrity, safety, individual and school privacy and reputation, and overall image.

Schools that desire to compete at Nationals and participate in such media (reality show or documentary, news articles, books, etc.) should consult their school legal council to develop an access license and consult with NCA & NDA in advance to pre-determine any possible conflicts of interest."

According to Varsity, the rule has been in place since 2017.

Netflix has got around it once, but there was a slight negative tone in the later episodes towards Varsity's monopoly of cheer media and access in the US. So will the docuseries be able to do it again in season two for the 2021 Daytona Championship? We'll have to wait and see.

You can watch all nine episodes of Cheer season two on Netflix on Wednesday, January 12, 2022.

This post was originally published in 2020, and has been updated with new information.