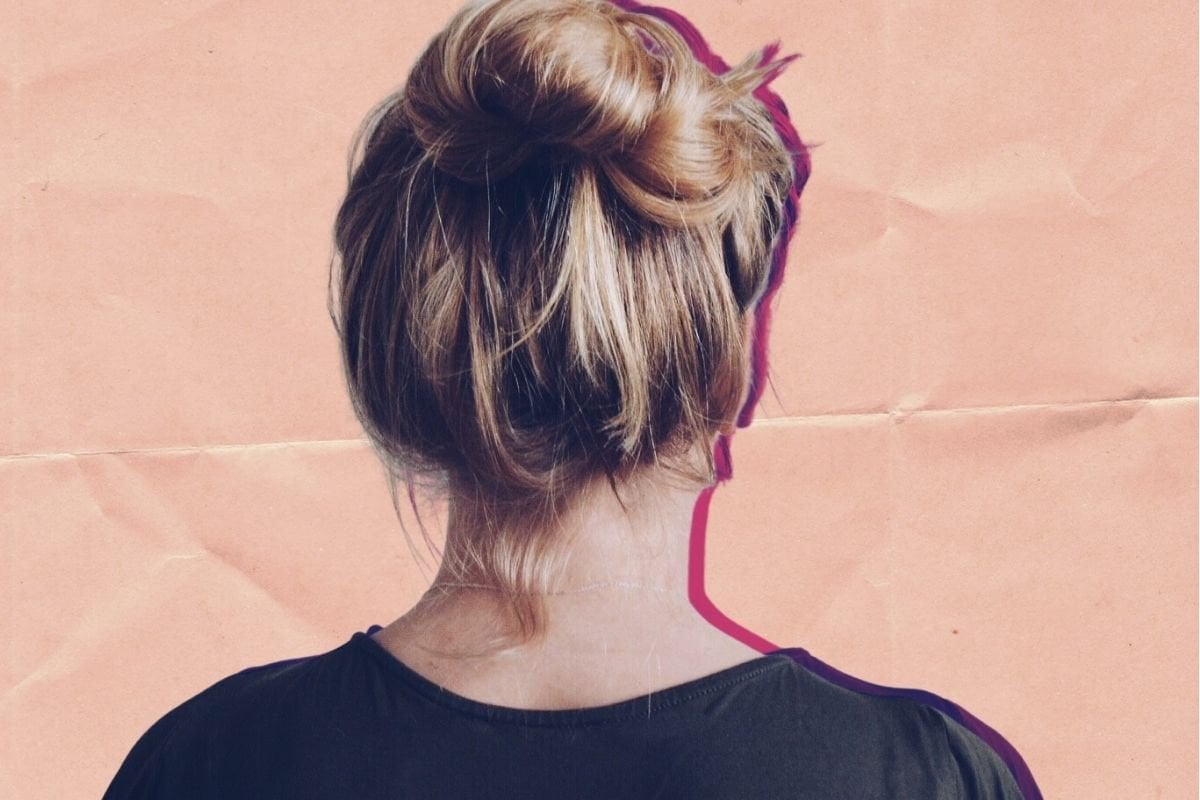 While waiting in line at the supermarket to buy groceries with my two children, my younger son reached to hug me. Pulling my cheek toward his lips, he planted a kiss there.

“What a sweet boy you have,” the woman at the checkout said as she began to scan our items.

Not to be outdone, my older son helped bag the groceries. The woman gushed more.

I was astonished myself. This was not normal.

Usually, my two sons, aged eight and nine respectively, were getting into mischief. They broke down into tantrums as a daily occurrence. They acted out more than they behaved.

Had my sons changed? Or was I the one who was different?

I had changed. After years of suffering in a miserable marriage, I’d decided to have an affair.

I was no longer the same person. I felt happier than I had in a long time — and that happiness was rubbing off on my sons.

Don’t get me wrong. I’m not promoting cheating on one’s spouse as the solution to a couple’s marriage problems. Even back then, I knew cheating was wrong. But being angry and depressed while enduring an unhappy marriage was also bad.

Cheating was just a Band-Aid over the festering wound that was my marriage. Though admittedly an analgesic, my affair did provide a reprieve.

Watch: Women confess the secrets they're keeping from their partners. Post continues after video.

And in that way, cheating on my husband made me a better mother.

My sons benefited from my improved mood.

Think of it this way. I’d been cranky for months on end. Often in a dark mood, I was easily annoyed at the slightest infraction on the part of my sons.

Suddenly, my mood had brightened. I could sweat the small stuff and go with the flow. Of course, my sons reacted to that.

I can only imagine that was the reason why my boys helped push our trolley to the car that day at the supermarket. They unloaded the bags into the trunk for me, then got into the car without me having to demand it.

Within minutes of starting our drive home, though, my eldest son’s device ran out of battery. He scooched as far as his seatbelt would allow him across the backseat to where his younger brother was seated.

He wanted to watch his brother’s device — but my youngest was none too happy about sharing his YouTube video.

An argument broke out. Whereas a few weeks earlier, I would have screamed expletives into the backseat, I calmly told my sons: “Please stop arguing and just share with each other.”

There was something about my peaceful tone ,  the shock of me not becoming incensed, that stunned both my children into halting their squabble.

All this because of the way I had reacted.

What a difference from how I would have treated this scenario before my affair. Now I felt too content to be angry.

Instead, I beamed good vibes onto everyone. Obviously, my kids were the main benefactors of my cheerier spirit.

I’d never say that having an affair was a smooth ride. At first, I felt guilty about it. I was terrified my sons would notice a change in me — some evidence of my betrayal.

The first time I slept with my new lover was on an early weekday afternoon. Directly afterward, I had to go pick up my kids from school.

Would my sons smell the deceit on me? Could they see the deception in my face?

My sons noticed nothing. They scurried out of their classrooms, the same as always. Just like any other day, they galloped ahead of me to the car, tumbling inside, and immediately begging me to stop at the corner shop.

On our route home from school each day, we drove right past the corner shop. Usually, I had the resolve not to stop. Today I didn’t.

I felt terrible about what I’d just done with another man behind my husband’s back. I felt the powerful need to atone for my sins.

I’d apologise to my sons with snacks, absolved by sugar and fat.

The boys scarfed their treats. As I wiped the crumbs from their faces, I wished my life was as easy to clean.

I felt soiled — and now even worse after filling my sons’ bellies with sugar.

I tried to mitigate those feelings by brushing my sons’ teeth as soon as we reached home. If I couldn’t clean my conscience, then I could clean my children’s mouths.

I went after my eldest first. He wouldn’t hold still long enough for me to get the toothbrush into his mouth. Bouncing from the sugar, he shot away from me.

I chased him around the room. By the time I finally caught up to him and managed to brush his teeth, I was too tired to try again with his younger brother.

He was ignoring me just like he always did. No wonder I was cheating on him.

I was much less nervous he would discover my cheating. He hadn’t even mentioned the noise since we arrived home.

Still, guilt nagged me. Over the coming days, those feelings eventually disappeared. 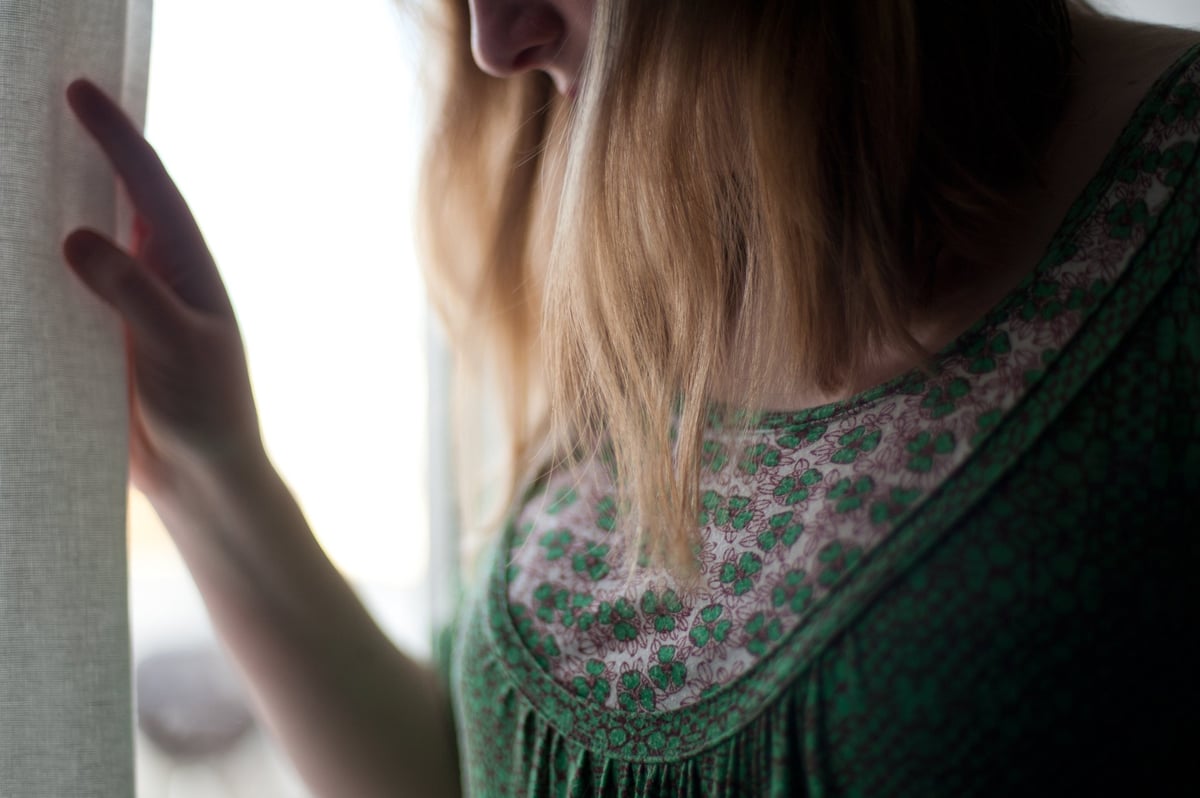 "For years I’d been unable to give my kids the attention they needed because I was so unhappy. Now I could." Image: Getty.

I stopped condemning myself so harshly. My shame was replaced with a sense of tranquility and ease.

And my sons ultimately benefited from that.

Before I had an affair, my sons were failing in school.

Before I met my lover, I often received calls and emails from my eldest son’s teacher about how he was disrupting the classroom. My youngest was still unable to read. I believe our miserable home life was affecting both my sons’ ability to sit still and learn.

Once I started having an affair, the disorder in our household quieted. I was no longer so depressed, picking fights with my husband whenever I could. Now I had someone else to occupy my thoughts and fulfill my emotional needs.

For years I’d been unable to give my kids the attention they needed because I was so unhappy. Now I could.

It was only then that my eldest finally stopped acting out and my youngest learned to read.

I’m not promoting cheating, but it did help my family.

I know the idea of cheating on one’s spouse is distasteful to many. I agree — I should have just left my marriage.

But that’s not the decision I made. I had an affair instead.

My real healing didn’t start until I finally left my husband though. He also had problems that he could only recover from after we separated.

But I don’t believe I would have ever mustered the courage to leave my marriage if I hadn’t had the affair.

I had to separate my identity from my husband’s. Cheating drew a line in the sand that defined where my love for my husband ended. It marked the conclusion of our relationship. After that, there was no going back.

Even though my affair was short-lived, during the time it lasted, in its strange way it helped my entire family.

And one of the most important ways it helped us was by making me a better mother.

This article originally appeared on Medium and has been republished here with full permission. For more from Elle Silver, you can find her writing here or follow her on Twitter at @theformerlymrs.

You can also learn more about Elle Silver here.

Reply
Upvote
15 upvotes
There seem to be a lot of "I cheated on my husband, sorry not sorry" articles on this website lately...
K
katp a year ago