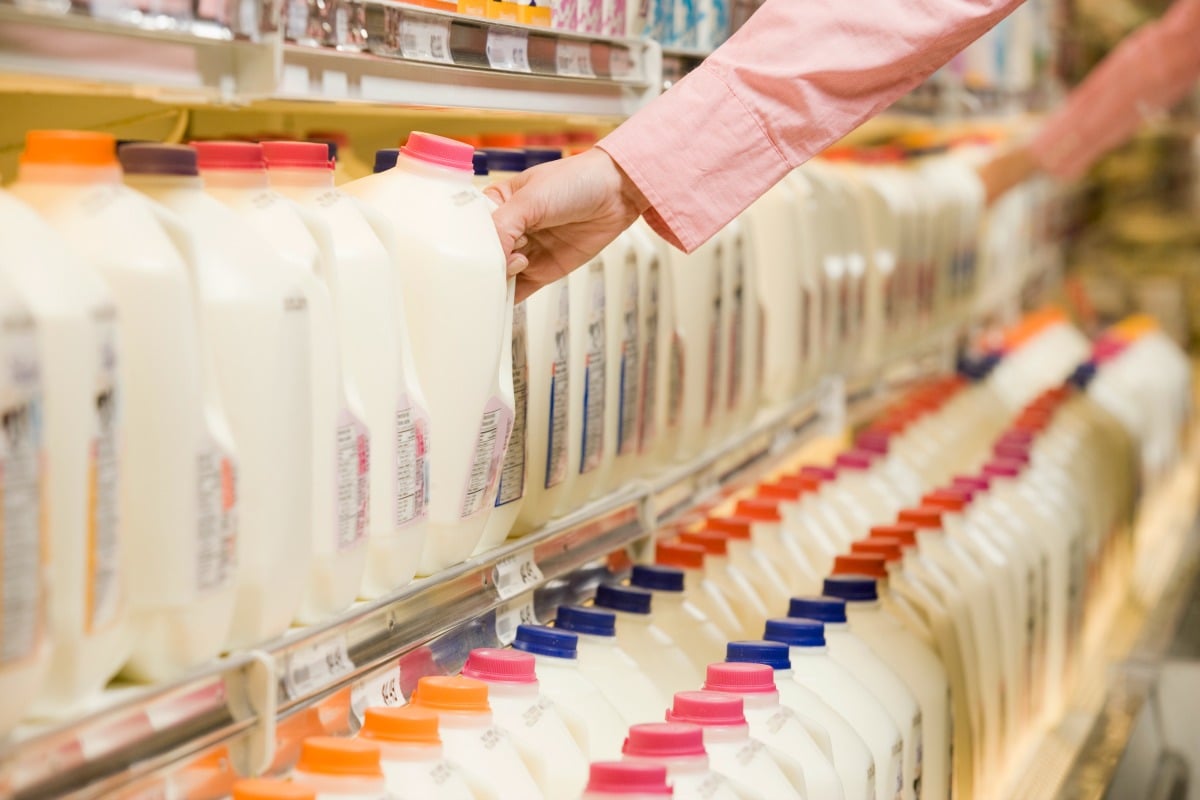 This conversation is too long and off-putting for the grocery aisle or mothers group, so I wrote it down. It’s everything I should have said to the lady at the supermarket the other day but I guess I’m too gutless (and tired) to say it to her face.

This is for the people who I frequently overhear complaining about the price of food – berries seem to cop it a lot.

I’m going to be blunt here and tell you that cheap food is ruining the planet.

I don’t call myself a farmer but I’m married to one and I grew up on a farm. Farmers get the blame for a lot of environmental problems, but here’s the thing – farmers only grow what people will buy. And people like to buy cheap. So farmers must grow it as cheaply as possible.

We don’t like the idea of land clearing or dried up rivers and dead fish, yet we skip down to the supermarket to continue to buy cheap and create demand for the systems that cause this.

For some bizarre blip in our genetic wiring we continue to live in a strange, otherworldly fantasy where we largely fail to make the connection between our own individual choices and the climate crisis.

Does the idea of paying $36 a kilo for snow peas make you recoil? That’s the cost of a snow pea grown locally using techniques that conserve the environment, support biodiversity and sequester more carbon.

It’s roughly twice the price of a regular snow pea at the supermarket (plastic bag included). At my local farmers market, an organic, free-range rasher of bacon is $2. A major supermarket's home brand bacon is around 30c a rasher. I am ridiculed at times for paying for the expensive food, but mostly I lie about my grocery bills just to fit in.

Cheap food is a cultural norm we perpetuate – we bond over bitching about the price of avocados. We congratulate each other on the bargain blueberries we bought. We swap tips on cutting the grocery bill.

But every time you inwardly high five yourself about that culinary bargain – please consider that nearly everything you pick up in the fluorescent-lit, sterile aisle of your local supermarket is contributing to the climate chaos currently surrounding us.

What you put in your mouth is driving decisions of farmers with their hands in the dirt hundreds and thousands of kilometres away. The demand for cheap food is forcing them to squeeze more produce out of the land at any cost.

Climate change is not a science problem, it’s a behavioural problem. It’s us.

We need to be clear about the real cost of intensive farming systems. They cause the release of carbon from the soil on a massive scale while sequestering very little in return. Even vegan food (ie. plants) grown cheaply is bad news.

It will mean vast swathes of land are turned to monocultures which are inhospitable to the vegetation and biodiversity required to support life on earth. That land is then cropped intensively, year after year, until the soil is buggered and can’t grow anything anymore.

It is obviously also a population problem, but there are food production systems that can store more carbon in the soil and draw it down from the atmosphere. But those systems ain’t gonna come cheap. It’s not what food you eat, it’s how that food was produced that matters.

The reality is the unless you’re foraging for chickpeas in the wild, those industrially farmed plants are having a devastating impact too.

So if you eat food, any type of food, you should be watching this space like it’s The Bachelorette finale. You should be hanging on every word of farmers across the globe.

I’m begging you, don’t tune out. Lean in.

It is crucial that we understand the basics of food production. We must become more connected to the land. We must learn to value food and pay accordingly for carbon-neutral produce.

If you think cheap food is good because it means poor people can afford to eat - think about this. The people who grow the really cheap food are starving and struggling to send their children to school because we don’t pay them enough for their produce. Those people produce most of the food we eat. In one of the greatest ironies known to man, cheap food does not help feed poor people, it actually perpetuates world poverty.

The United Nations estimates that small, poverty-stricken landholders in the third world are responsible for producing 70 per cent of our food.

Have you bought any new denim lately? Was it completely necessary? Was it cheap?

You likely just contributed to the insatiable demand for cheaper and cheaper cotton products which have massive carbon footprints and use a lot of water.

You were just at the shops minding your own business buying a cute white cotton tee and then all of a sudden you’re contributing to environmental devastation. But that’s exactly how it is.

Listen to Mamamia's daily news podcast, The Quicky. On this episode, we discuss climate change and how we can make a difference on an individual level. Post continues below.

If those of us who are able can prioritise bigger budgets for food and fibres produced sustainably and fight the compulsion to choose our food through the lens of ‘whatever is cheapest’, we have the consumer power to change farming practices for the better. Local, carbon-neutral, grass-fed, free-range, sustainably produced, organic, regenerative, conservation farming.

It’s all over the labelling and the branding now, it’s completely traceable, we just have to look for it and we have to make lifestyle changes so we can afford it.

Consider what we’re throwing away when we waste food. Consider the senselessness of buying the cheapest possible brand of milk, then heading over to the soft drinks and spending $20 on a pack of 30 cans of coke.

We must funnel our funds to the resources that can sustain us. Can’t afford to buy the sustainable produce? We can’t afford not to.

Sometimes I’ll overhear conversations about how the drought coverage is getting a bit repetitive. The drought is kind of a big deal because it’s one of the ways in which climate change is increasingly manifesting itself. As tiresome as this coverage may seem it’s necessary that we understand these issues.

It’s one of the reasons for the fires currently raging across the country. It’s not just a few dead sheep and a farmer waiting for rain, it’s our food production systems on the brink. It’s our own personal safety at risk. We can’t fix this unless we connect deeply with what is happening on the land. We can’t do it without the farmers.

The United Nations predicts we have 11 years to drastically reduce our carbon emissions while also sequestering large amounts of atmospheric CO2, or otherwise risk tipping the equilibrium of our ecosystems beyond the point of recovery. It’s called ‘runaway climate change’. Eleven years.

But I can’t do that while needless and mindless consumption of cheap food continues. Half a bag of grapes from California lost up the back of the fridge. The questionable half-eaten roast chicken left a little too long.

Every single one of us is linked to the land and our choices every day are degrading it.

I don’t disagree but many don’t have the money to do this. Wage stagnation, cost of housing and rising unemployment mean that money does not grow on trees for many of us