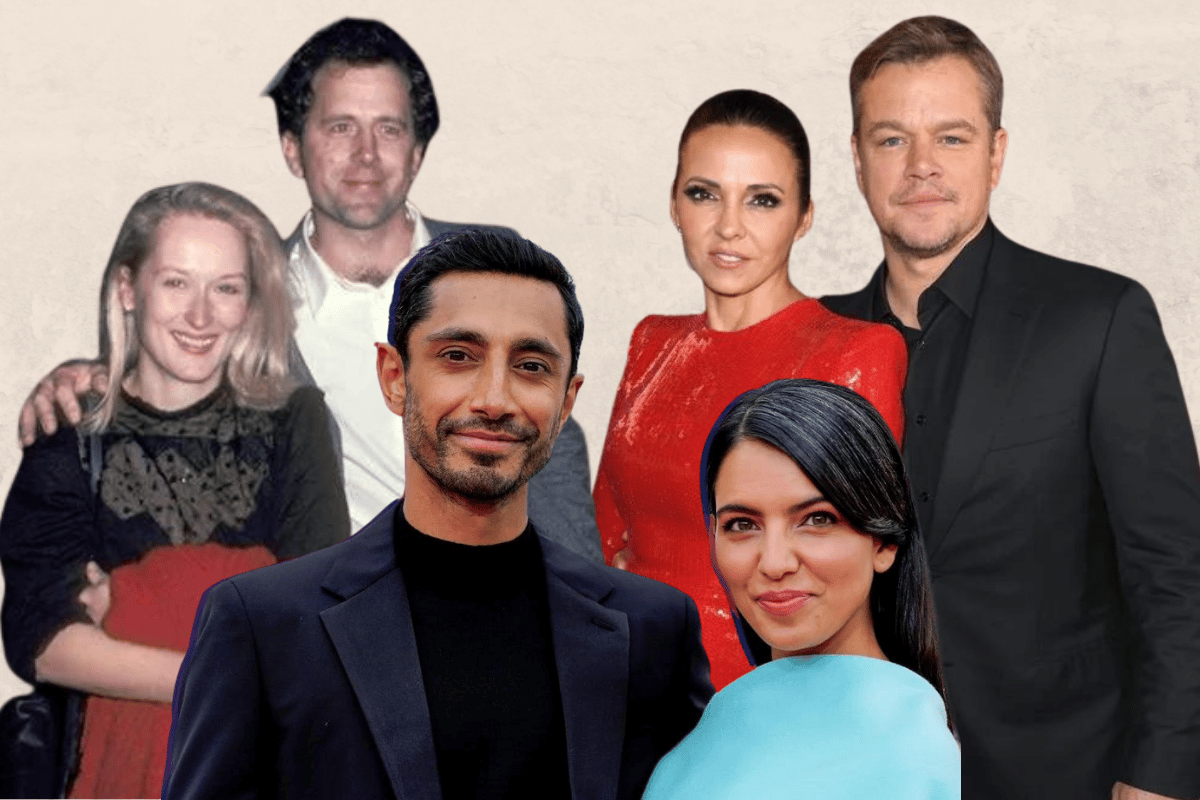 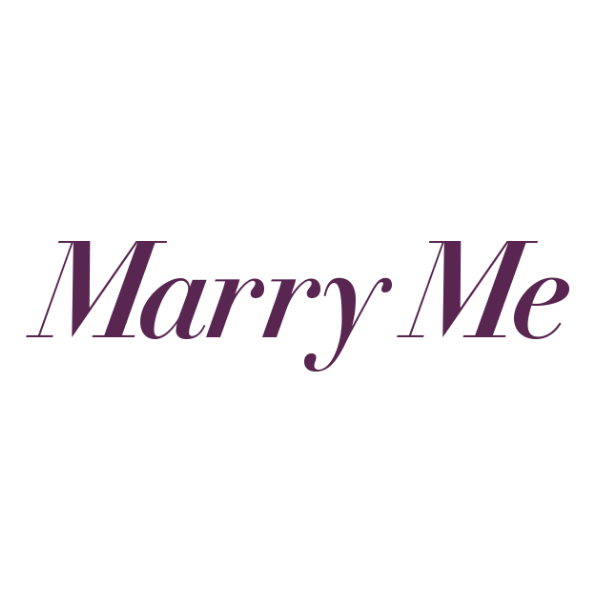 Thanks to our brand partner, Marry Me

When two Hollywood stars meet and fall in love, it's always a story that captures the imagination of the world.

And more often than not, leads to more than a few salacious headlines and articles about the inner workings of their lives.

It's understandable that there's a fascination around great Hollywood love stories, beyond what we see on the red carpet, but on the flip side of this there's a whole other side of epic romance we don't normally get to see.

I'm talking about celebrities, movie stars and musicians, who all meet 'normal people' by chance and fall head over heels for them. The love stories that start in cafes and bars, places you'd never expect to run into an Oscar winner, and yet you end up walking down the aisle with them.

In reality, it's a situation many of us can only fantasize about (can you tell we've watched Marry Me?), but it does happen.

Matt Damon and Luciana Barros’s love story reads like the script of a rom-com.

In 2003, the Oscar winner was set to star in the Farrelly brothers comedy Stuck on You and so headed to Miami to start filming.

“We were supposed to shoot in Hawaii, and then the movie got moved to Miami. I had never really hung out in Miami,” he has since said on The Ellen DeGeneres Show.

One night during filming, the crew convinced him to join them on a night out at a local bar, one where single mother Luciana Barroso happened to be the bartender.

“I literally saw her across a crowded room, literally,” he said. “All these years and four kids later, that’s my life. I don’t know how else our paths would’ve crossed if that didn’t happen. If all those things didn’t happen.” 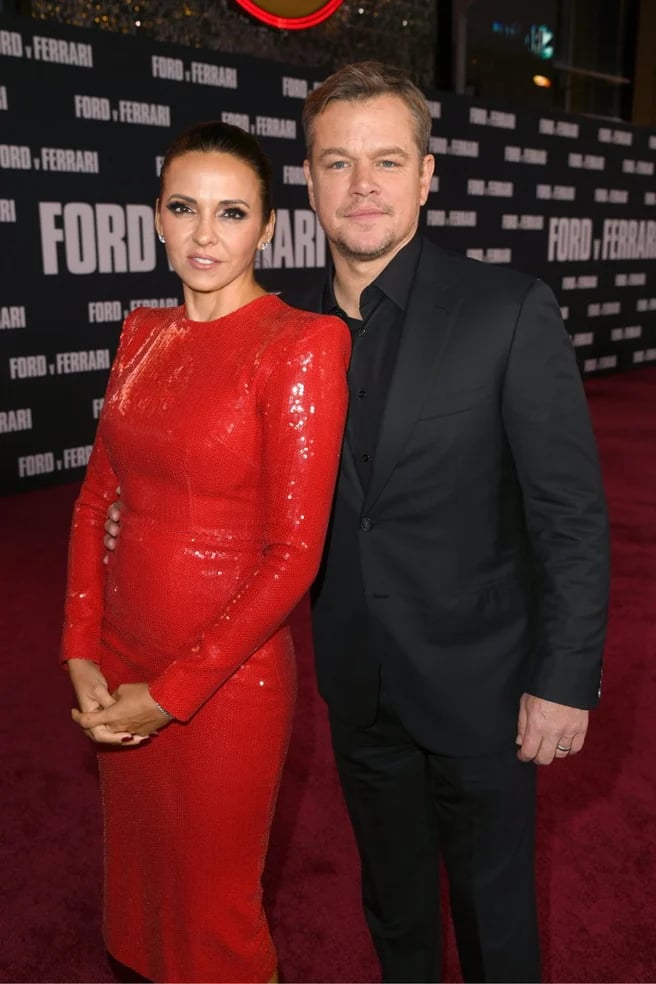 "Matt Damon and Luciana Barros’s love story reads like the script of a rom-com." Image: Getty.

Sex and the City star Cynthia Nixon met her wife Christine Marinoni in 2001 while working with the Alliance for Quality Education, an education non-profit that Christine founded.

At the time Cynthia was passionately working on a campaign to reduce class sizes in the New York City public school system, where her two children were enrolled. At the time, Cynthia was still married to her now ex-husband, but over time her friendship with Christine grew, and once they were both single they realised their feelings had changed from friendship to romance.

“When we started seeing each other, Christine kept waiting for the other shoe to drop, for me to panic about what this would mean – to my career or to myself – as if somehow I just hadn’t noticed that she was a woman,” Nixon told the Radio Times. “And then she met my mother and that was when she stopped worrying about it.”

Cynthia and Christine announced their engagement at a New York rally for gay marriage in May 2009, and have since welcomed a son together.

Meryl Streep is the epitome of a movie star, having starred in a string of critically acclaimed films and with more than one Oscar to her name. Her children have all followed her into show business but when it comes to her love story with Don Gummer, who she married in 1978, she keeps the details close to her heart.

Meryl met Don, a sculptor who was a friend of her brothers, soon after the death of her first husband John Cazale.

According to her biography, Her Again: Becoming Meryl Streep, Meryl actually lived in Don’s empty apartment while he was travelling overseas and when he finally returned, they ended up living together. The couple fell in love and were married six months later. 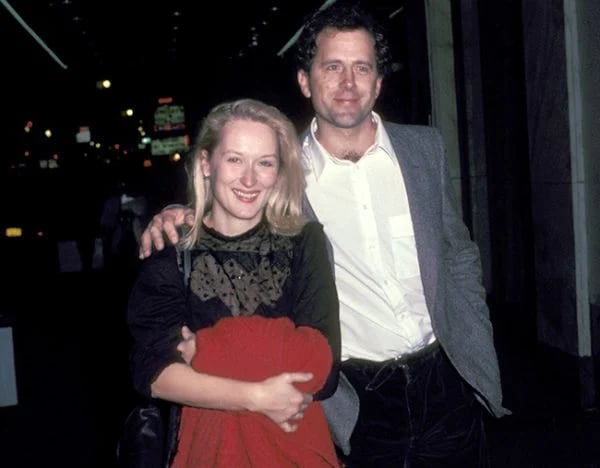 "Meryl met Don, a sculptor who was a friend of her brothers, soon after the death of her first husband John Cazale." Image: Getty

It seems unlikely that working from a crowded coffee shop would lead you to meet and fall in love with a handsome movie star, yet that’s exactly what happened to writer Fatima Farheen Mirza when she met her now-husband, Riz Ahmed.

Oscar winner Riz Ahmed explained the start of their love story on The Tonight Show, saying in the coffee shop they were “both jostling over the same laptop plug points.”

They secretly married in a small ceremony at the height of the COVID pandemic, and initially kept it a secret with Riz saying “We did it in a backyard, which is nice in lots of ways. And I think the nicest thing about it was you didn’t have 500 aunties hanging around you, pinching your cheeks.”

Actress and comedian Wanda Sykes met her wife, French businesswoman Alex Niedbalski, while travelling on a ferry to Fire Island.

Wanda told The Guardian that she initially noticed Alex because she was having a very animated conversation with a young child and seemed very kind.

“Something really said to me—like, audibly—‘Wow, that’s what you need, Wanda,’” she said.

The two women fell in love and have now been married for over a decade and share two children.

A betrayed pop star (Jennifer Lopez), slated to marry her pop star fiancé (Maluma) on stage, instead marries a stranger from the audience - a high school math teacher (Owen Wilson). Against the odds, their sham relationship develops into something real... but can their love survive the limelight? Say YES to your next cinematic crush - Marry Me! RENT OR BUY IT NOW ON DIGITAL from 4 MAY 2022