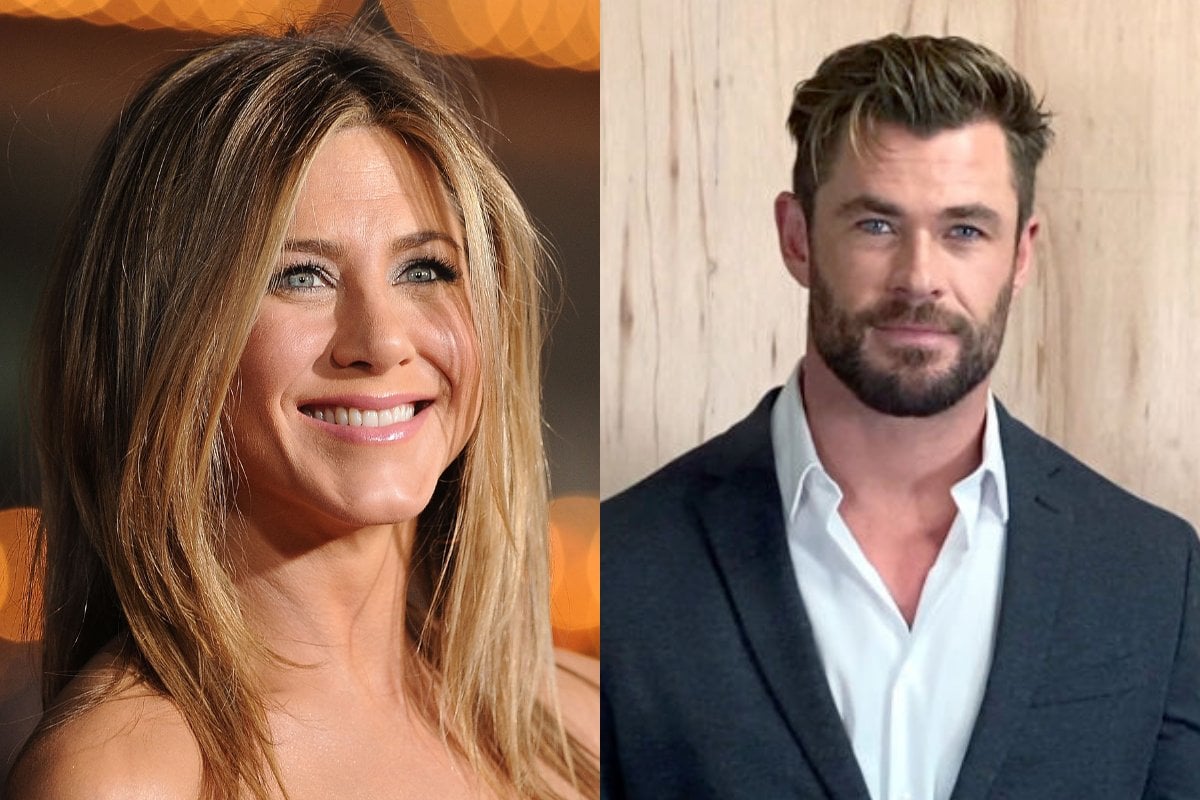 With actors and actresses using their own quirks to make a role their own, it can often seem like a character was built for the performer, rather than the other way around.

That's why we need to talk about the 10 iconic characters that could have looked very different.

Whether it was a reluctant performer or stubborn producers, these stars almost missed out on some of their most recognisable film and TV roles.

Side note: Even Celebrities Need Wingmen. Post continues below.

From Wolverine to Harry Potter, here are the roles that could've looked very different.

Yep, the boy who lived might have been played by another actor if Daniel Radcliffe's parents had put their collective feet down.

"The deal was to sign on for - I think - six films, all to be done in LA, and my mum and dad simply said, 'That's too much disruption to his life. That's not gonna happen,'" Radcliffe told the Hollywood Reporter in 2011.

"The deal had changed, and it was gonna be to shoot two films, and they'd both be done in England, and so they said, 'Okay, we'll let him audition'," the actor said. "And then it all went from there, really."

Can you imagine if Radcliffe wasn't Harry Potter? (Well, let's be honest, they will probably do a reboot very soon and another young actor will take his place.)

Lea Michele was in an accident that almost prevented her from auditioning for Rachel Berry on Glee.

But, in typical Rachel Berry fashion, even a car crash couldn't stop her from reaching for her dreams.

Side note: Listen to Cancelled where hosts Clare and Jessie cancel Lea Michele. Post continues below.

"I got into a massive car crash outside of the Fox lot, completely totaling my car," she said on the Glee season one, volume one, DVD.

"When I get into the room for my audition, I literally was still pulling pieces of glass out of my hair. They're like, 'Are you okay?' I'm like, 'I'm fine!'" 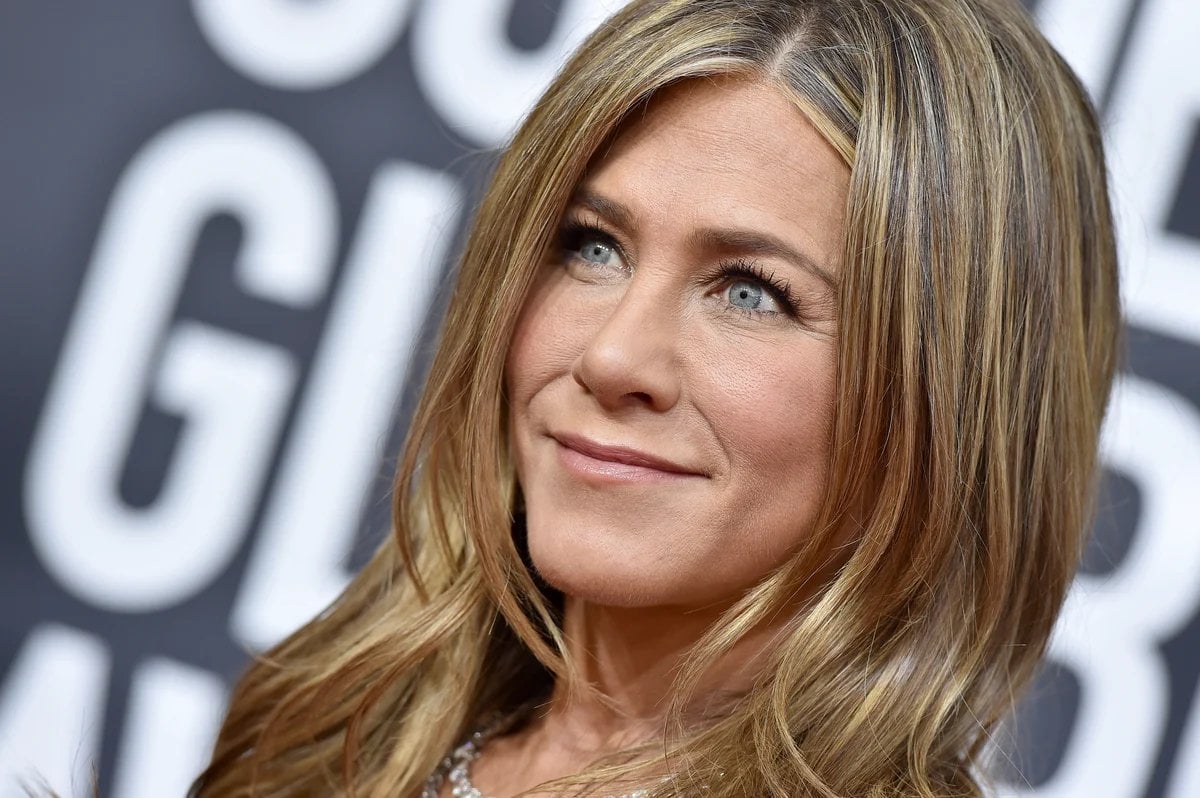 No-one else could be Rachel! Image: Getty. It's hard to imagine Rachel Green being played by anyone else - least of all Monica's Courtney Cox.

But it turns out the production team had a different person in mind for their casting of Monica and Rachel in Friends.

Co-creators and executive producers, Marta Kauffman and David Cran, spoke about their original plan for the stars during HBO Max's Friends: The Reunion.

"We met with Courteney Cox, and she explained to us why she didn't think she was a Rachel, and that she herself was more of a Monica," Kauffman said. "And she was right."

Aniston was then sought out for the role of Rachel. When plans fell through for the other series she had already signed on for, the Friends cast was formed.

Al Pacino on The Godfather. 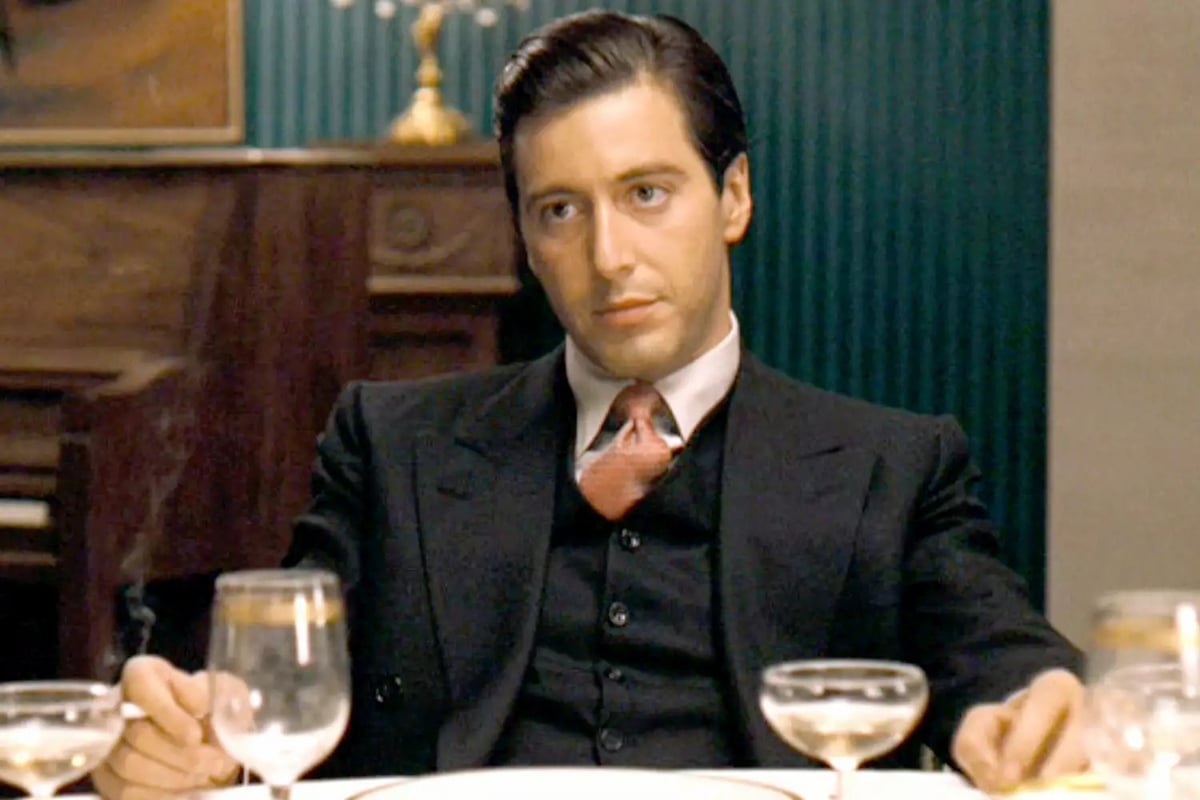 In a 2004 interview with MovieLine, Jack Nicholson revealed that he was offered the role of Michael Corleone on The Godfather.

He ultimately turned it down after reading the script because he didn't think he was right for the role.

"There were a lot of actors who could have played Michael, myself included, but Al Pacino was Michael Corleone," Nicholson said.

"I can't think of a better compliment to pay him." 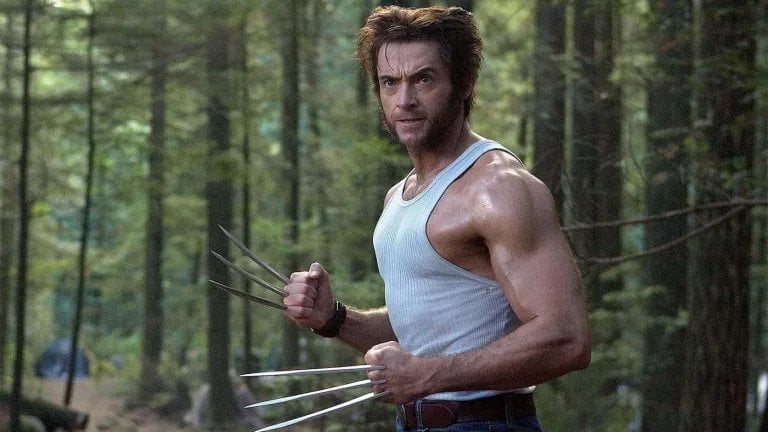 It's hard to imagine anyone else playing Wolverine. Image: Wolverine.

Hugh Jackman barely scraped in as a main choice for Wolverine, and no, we can't believe it either.

The role of Wolverine was originally meant to go to Russell Crowe (!), but he passed on the part.

Next in line was Dougray Scott, who couldn't clear his upcoming schedule.

Only then did Jackman get a look-in.

Still starring as Wolverine 17 years later, we think they made the right decision. (Special mention goes to 2017's Logan - an underrated Wolverine film that hit all the right spots.) 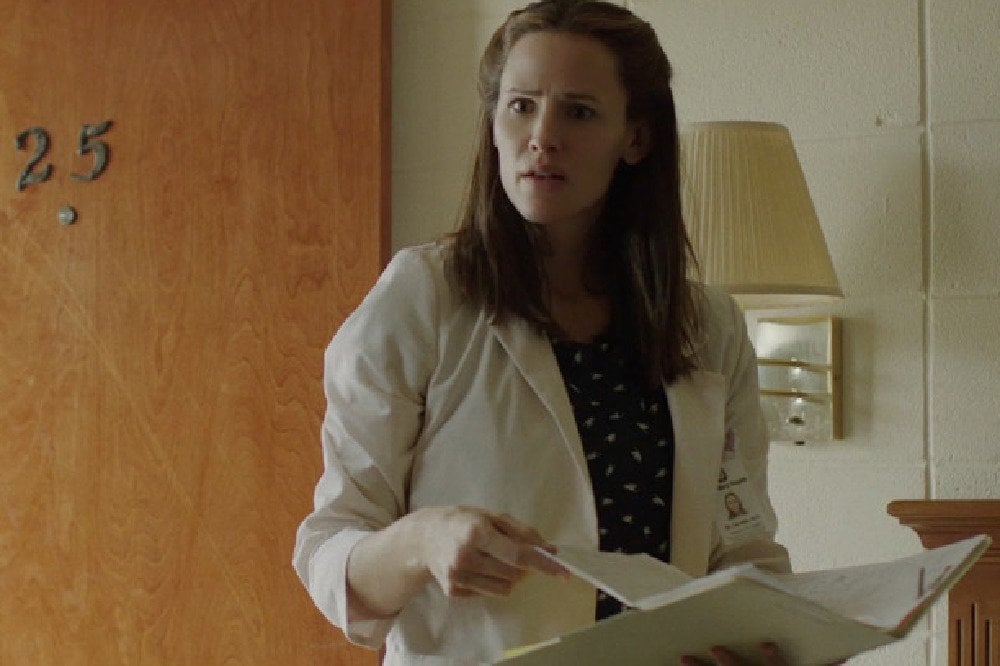 In an interview on talk show Tell Me More With Kelly Corrigan, Jennifer Garner said she was ready to quit Dallas Buyers Club because she was a new mum, but co-star Matthew McConaughey convinced her to stay on.

Garner didn't have enough time to breast pump while filming but McConaughey reasoned that she shouldn't have to choose between her professional and personal life.

"From then on, whenever I needed to, I would give him a high sign, and I would go take care of [breast pumping]," she said. 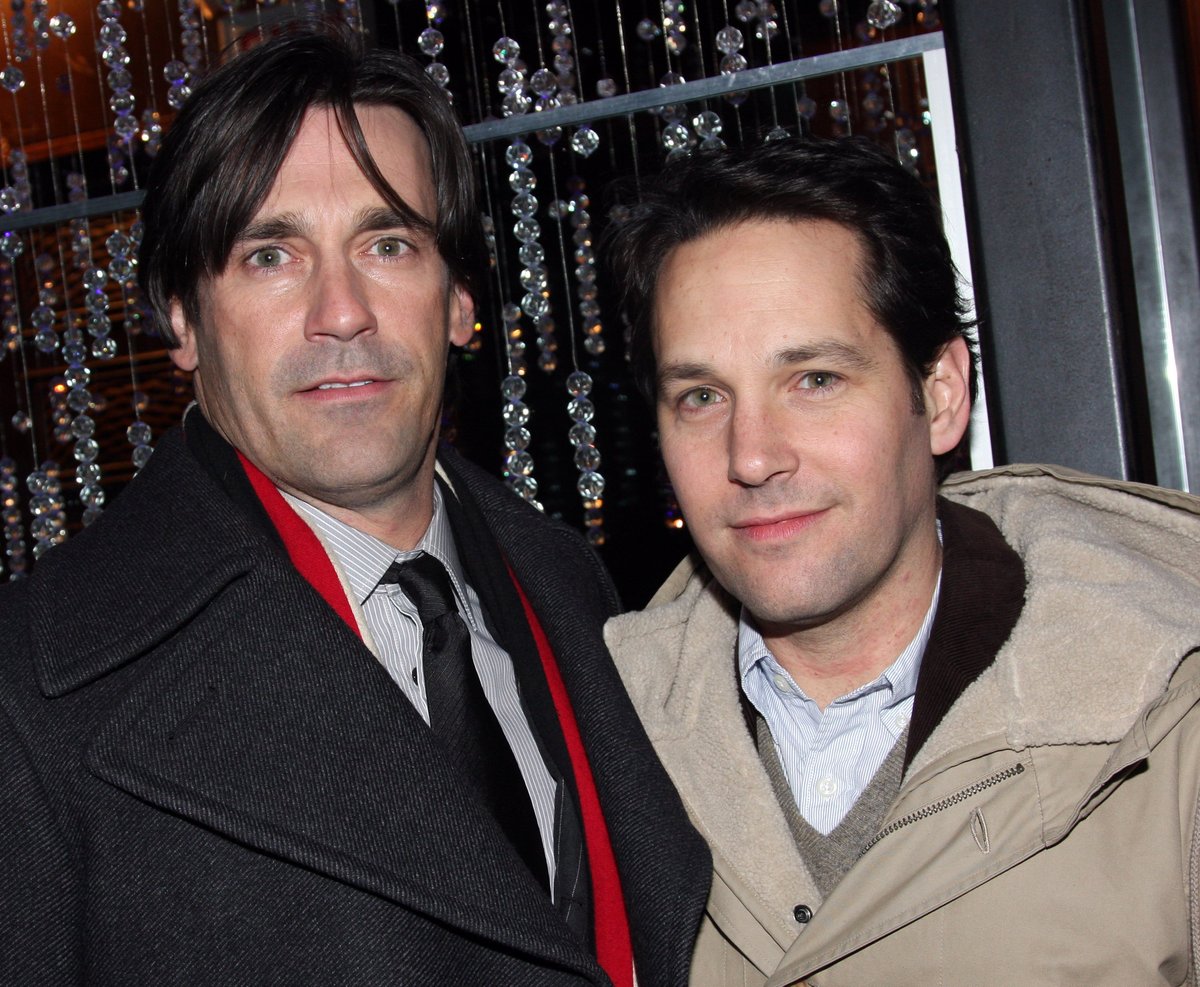 Jon Hamm and Paul Rudd in 2009. Image: Getty. It took Jon Hamm seven or eight auditions to land the role of Don Draper on Mad Men, as executives needed convincing after his first few trials.

"It was one of those things where you're only as good as your last audition, and it just takes one bad one to kind of mess it all up," Hamm said, according to TV Guides.

"Those were his two choices, and he said he was leaning more towards Jon. We were like, 'Really? This is the guy you want?' It was not a particularly great audition." 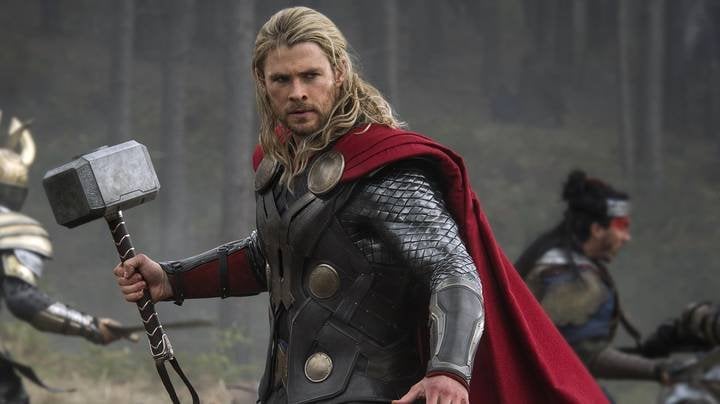 In a 2017 interview with W Magazine, our very own Chris Hemsworth revealed that he almost got beat out for the role of Thor in the Marvel Cinematic Universe... by his brother.

"I came into the audition with Kenneth Branagh, and thought I nailed it and then never heard anything back," he said.

"Months went by and then my brother, my little brother, Liam, was in Australia and sent a tape across and he got a call back, then another call back, and then was down to the last kind of four or five people for it.

"So I did an audition in Vancouver in this hotel room with my mum reading Anthony Hopkins' part... I came in kind of with a little, I guess, motivation and maybe frustration that my little brother had gotten further than me," he said.

Nothing like a bit of healthy sibling rivalry, we guess.

Will Smith on Men in Black. 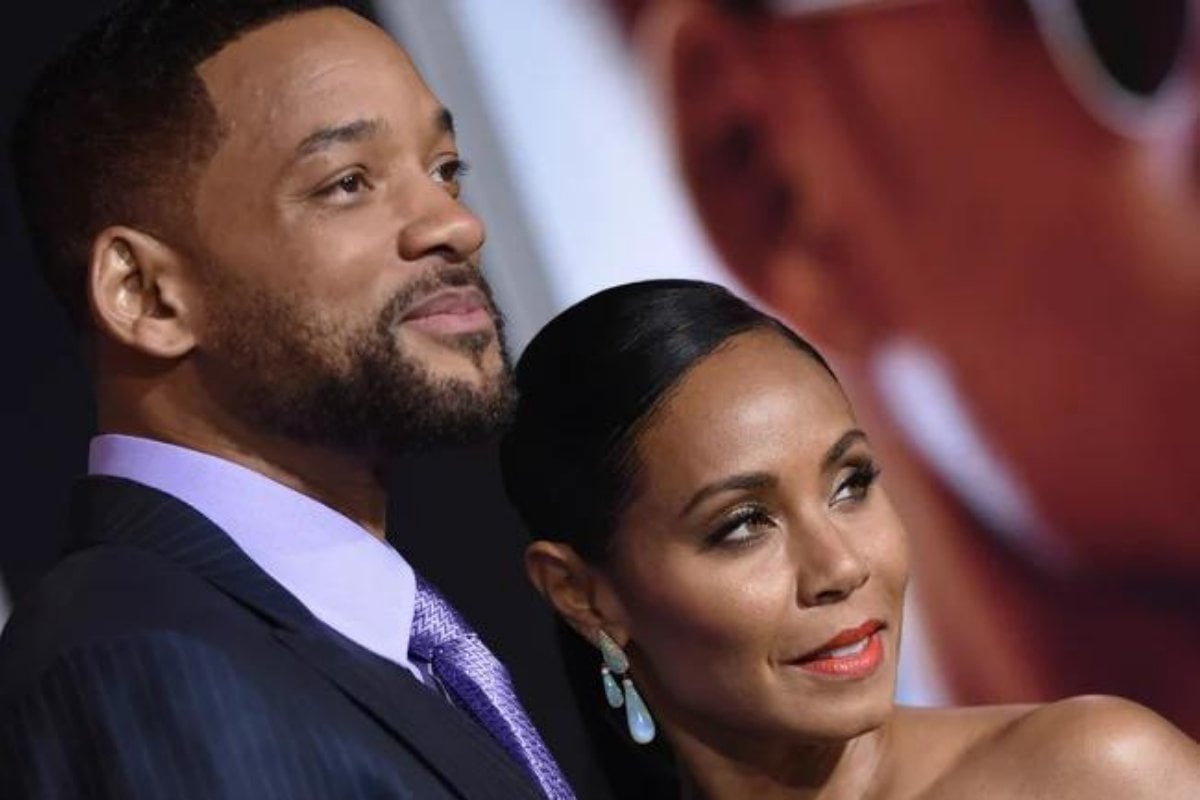 Image: Getty. In a 2019 YouTube video, Will Smith shared that it took quite a bit of convincing for him to star in Men in Black.

"I had done Independence Day the year before, so I was like, 'Eh, I'm not doing another alien movie, I don't want to be the alien movie guy'," the actor said. "So I turned down Men in Black."

It took a call from producer Steven Spielberg to convince Smith to reconsider. And when you get a call from Spielberg, well, the rest is history. 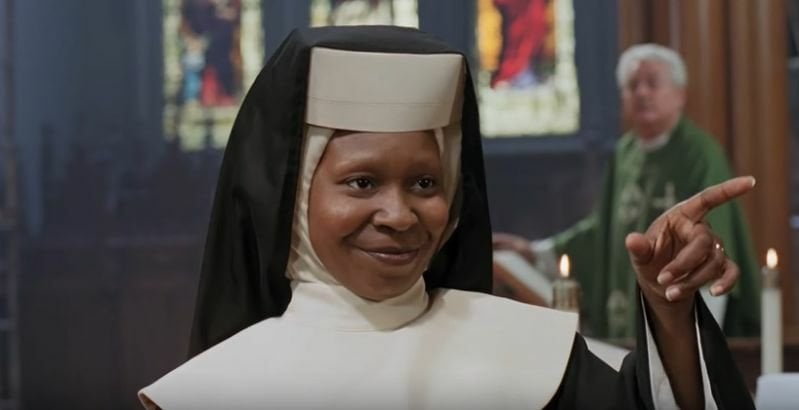 In a 2017 interview with EW, Whoopi Goldberg shared that she wasn't the first choice for the lead in Sister Act.

"It was originally [conceived] for Bette Midler," Goldberg said. "It was written for somebody who could sing."

But upon auditioning for the role, Goldberg pitched the idea to have the character, Deloris Van Cartier aka Sister Mary Clarence, be a "one-hit wonder."

"And they were like, 'Whatever you want to do, let's have some fun.' And the rest is kind of wonderful." 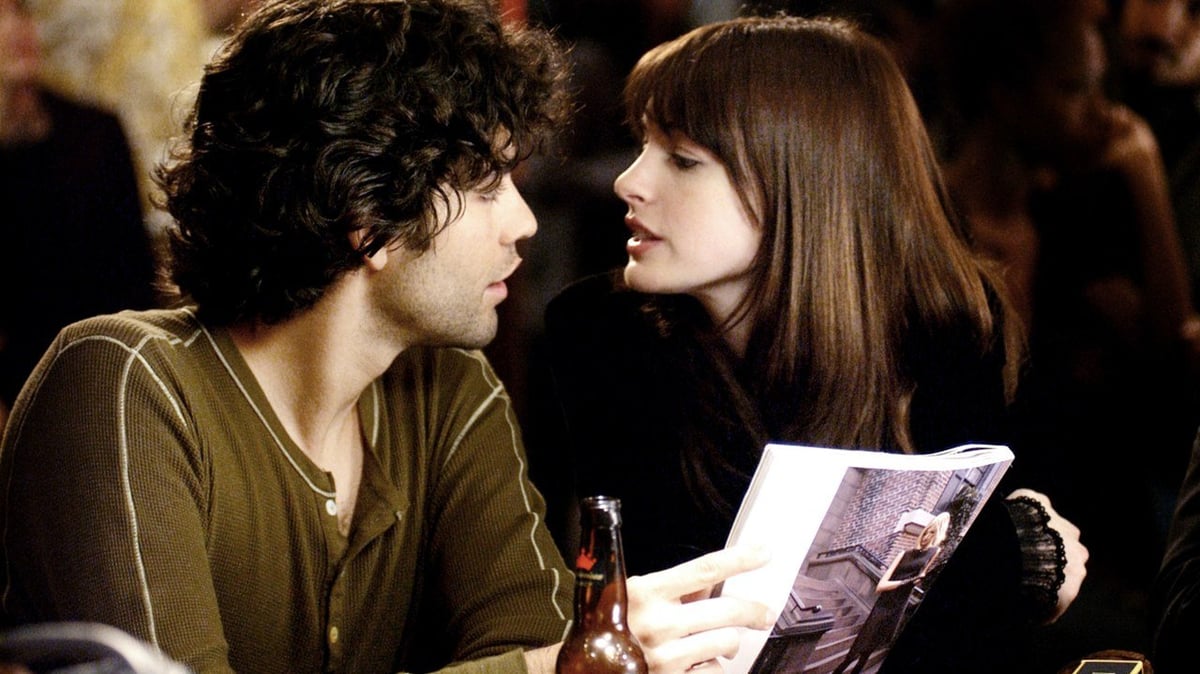 On another note, is Nate (Adrian Grenier) still the most hated boyfriend ever? Image: 20th Century Fox. In 2021, director David Frankel told Entertainment Weekly that Rachel McAdams turned down the role of Andy in The Devil Wears Prada three times, and that he only decided on Hathaway when McAdams blatantly refused.

Hathaway pleaded her case to the producers and got the role.

And we can't imagine anyone else in all those fantastic outfits.