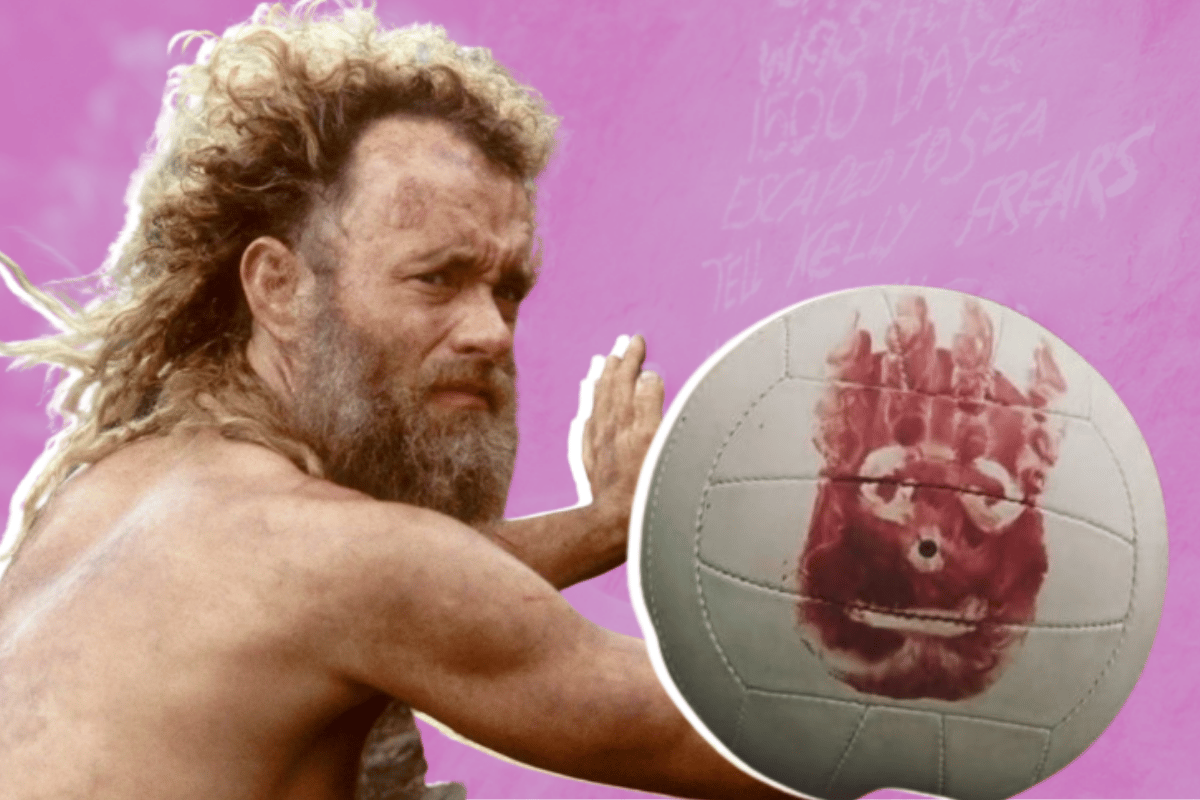 Simply mention the film Cast Away, and it's almost always followed by someone yelling "WILLSOOON".

As fans will know, the film follows FedEx executive Chuck Noland (played by Hanks), who lives out our worst nightmares when he has to learn to survive on a deserted island after a plane crash.

But no matter how many times you've watched (or recited) the film, there’s a bunch of things you probably didn’t know about it.

From a serious injury to a subtle nod to Tom Hanks' wife, here are eight surprising behind-the-scenes facts about Cast Away.

Well, our lives have changed forever.

In an interview earlier this month, Hanks said the film's famous volleyball (a Wilson brand ball) was named after his wife of 33 years, Rita Wilson.

"[Cast Away] was written by Bill Broyles and that movie took about six years to figure out," the actor told Jason Bateman, Sean Hayes and Will Arnett on their SmartLess podcast.

"Bill Broyles and I started talking about it and we didn’t shoot it until six years later. He came up with the idea of a volleyball and he named it Wilson in honour of my beautiful bride." 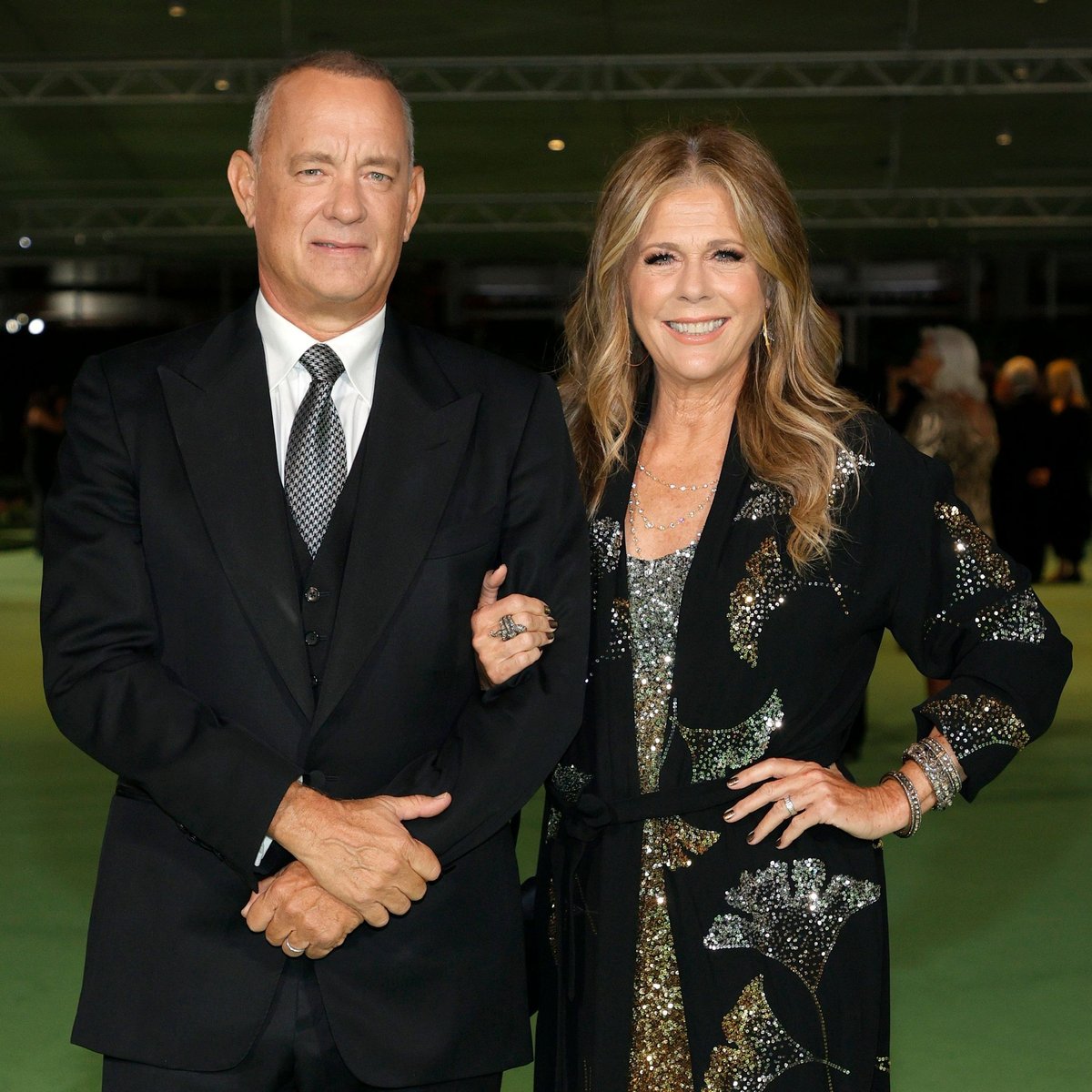 2. The idea for the film came from a news article about FedEx.

You never know when inspiration can hit and for Tom Hanks it was when he was reading a news article about the US transport company.

Speaking during The Hollywood Reporter's roundtable, the 65-year-old said he had the idea for the film when he was "reading an article about FedEx, and I realised that 747s filled with packages fly across the Pacific three times a day."

"I just thought, 'What happens if that goes down?'"

Hanks had a close brush with death when a cut to his leg saw him rushed to the hospital during production in Fiji.

"[Cast Away] put me in the hospital. I was there for three days with something that, believe it or not, almost killed me," Hanks told the BBC in 2009.

"I went to the doctor who took one look and said, 'I have to put you in the hospital because we have to get this infection out of you before it poisons your blood and you die.'"

4. The film's screenwriter actually stranded himself on an island for research.

To help research for movie, screenwriter William Broyles took part in a survival camp where he spent days alone on an island near Mexico's Sea of Cortez.

While there, he speared stingrays and ate them raw and learnt to open coconuts.

"That's when I realised it wasn't just a physical challenge. It was going to be an emotional, spiritual one as well," he said. 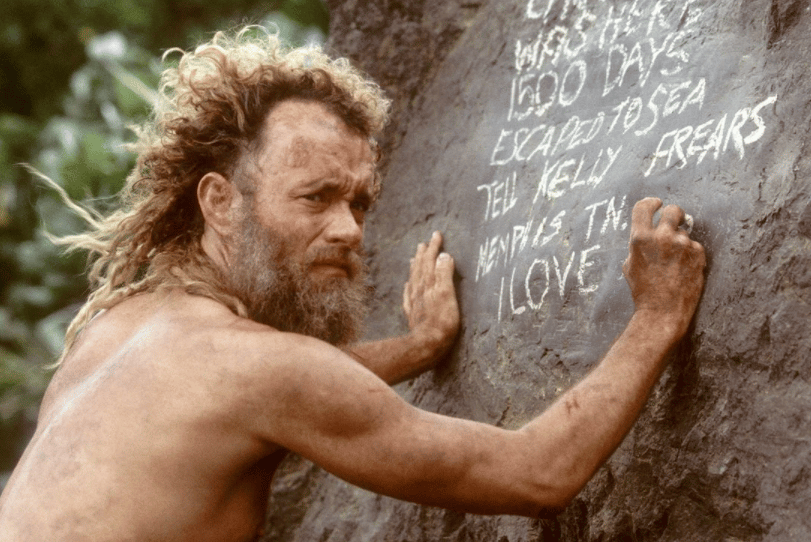 5. Wilson was inspired by a volleyball that washed up on the beach.

While on the island, Broyles came up with the character of Wilson after a volleyball washed up on the beach and he began talking to it.

It's now his "favorite character" in the movie.

6. The Wilson volleyball just sold for hundreds of thousands at an auction.

Speaking of Wilson, the volleyball used in the film just sold for hundreds of thousands of dollars at an auction earlier this month.

It turns out ABC entertainment chair Lloyd Braun came up with the TV series Lost in 2003 after watching Cast Away.

According to the book The Revolution Was Televised, Braun was on vacation with his family in Hawaii when he sat down to watch the film.

Afterwards, he went down to the beach with his wife and kids where he began thinking about how to turn Cast Away into a TV show. But he couldn't figure out how it would work with only one main character and a volleyball.

"And then the notion of Survivor popped into my head," he recalled.

"I don’t know why. And I put it all together: What if there was a plane that crashed and a dozen people survived, and nobody knew each other? Your past was almost irrelevant. You could reinvent who you were. You had to figure out — how do you survive? What do you use for shelter, for water? Is it like Lord of the Flies? How do we get off the island, how do you get home? And I start to get very excited about the idea, and I start thinking about the title Lost."

8. Production stopped for one year so Hanks could lose weight for the movie.

Surviving on whatever he can find on the island, Hanks' character quite clearly undergoes a physical transformation after the plane crash.

To appear as natural as possible, filming wrapped for an entire year so the actor could lose weight to film the scenes.

"Bob was like, 'You know what we can do? If we really wanted to do this right, we’d make the first half of this movie, then take a year off and make the second half!'" he told Entertainment Weekly.