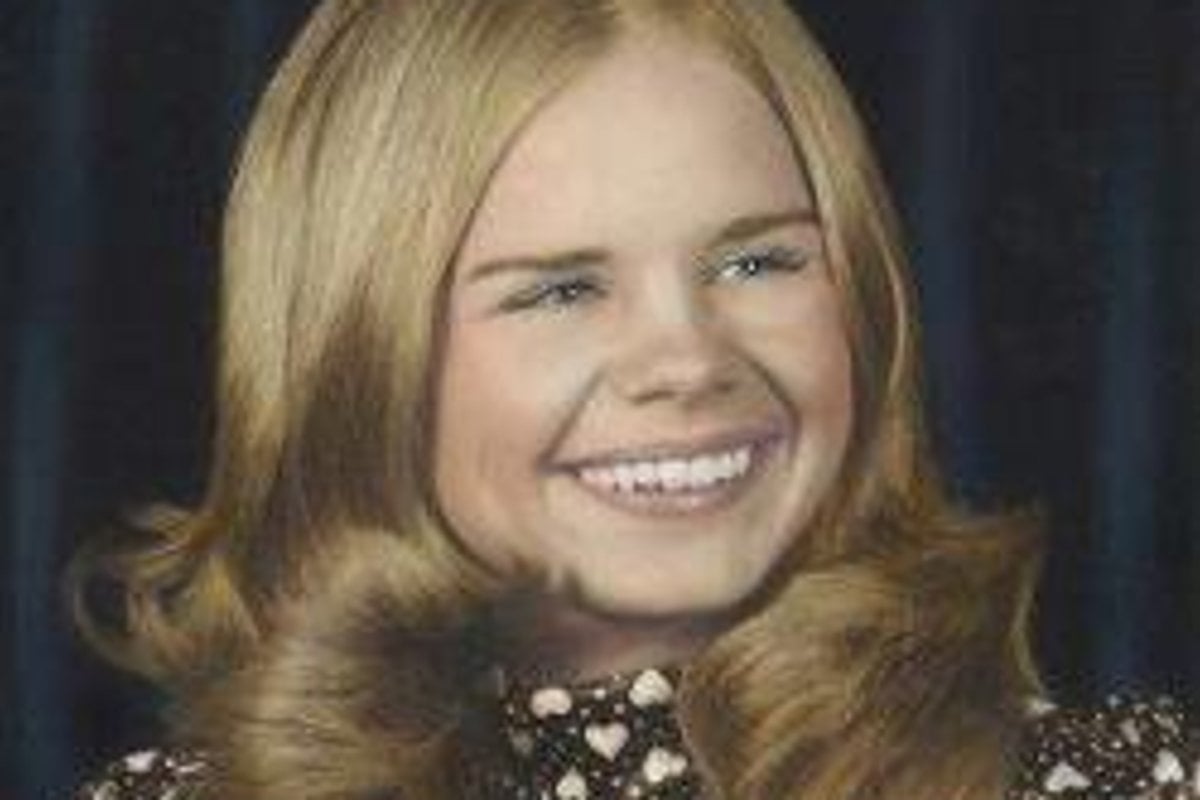 The murder of high school cheerleader Carla Walker haunted Texans in the 1970s. Carla was so young and full of life, and her murder was so brutal. For four-and-a-half decades, the crime went unsolved.

Carla was 17 and, in the words of her older sister Cynthia Stone, "a little spitfire". She was dating football quarterback Rodney McCoy, who went to the same high school as her in Fort Worth. Cynthia told The DNA Of Murder With Paul Holes that the two had "a great relationship".

It was the night of February 16, 1974, and Carla and Rodney had been to a Valentine’s Day dance. Afterwards, they partied with friends. Then, when Carla needed to go the toilet, Rodney drove to a nearby bowling alley. They returned to the car in the parking lot and started kissing.

"And she was leaning up against the door, and the door just jerked open," Rodney told The DNA Of Murder.

Rodney grabbed Carla to stop her falling out of the car, and the man who had opened the door immediately started beating him over the head.

"Carla was screaming, 'Quit hitting him,' so my assumption, he hit me several times," he explained. "Blood was just flowing down in my eyes and my face and everything, and it was like I was paralysed."

Rodney says the man stuck a gun in his face before he slipped into unconsciousness. When he came to, Carla was gone. He drove to Carla’s house. Her sister Cynthia remembers the doorbell ringing over and over and seeing Rodney standing outside.

Carla’s mother called the police, while her father drove to the bowling alley. But no one was there. An extensive search began. Carla’s family lived in hope that she would turn up alive. Rodney stayed at their house with them.

"We just waited for her," Cynthia said. "We kept thinking, honestly, someone would drop by in the middle of the night and push her out of the car."

But on February 20, Carla’s body was found stuffed into in a culvert near Lake Benbrook. Police said she had been beaten, raped and tortured for two days, before being strangled. She had also been injected with morphine.

"It was terrible," he told the Fort Worth Star-Telegram. "I remember I collapsed on the floor."

Rodney gave police a description of the man who had abducted Carla: white, average height, slender, clean-cut. They also had a clue, found in the parking lot of the bowling alley – a magazine for a .22 Ruger pistol, lying next to Carla’s purse.

Police began questioning suspects. One of them was Glen McCurley. He lived near the bowling alley and had bought a .22 Ruger pistol. He had one previous arrest, for car theft. He was off work on the day that Carla was abducted and his wife was out of town. But there was nothing else to link him to the crime.

Police kept working on the case. So did the Walker family, who followed up leads on their own.

"We would have hired someone to read tea leaves if we thought it would help," Carla’s younger brother Jim told The Star-Telegram.

In 1977, a man called Jimmy Sasser confessed to murdering Carla and was charged. Months later, he later admitted that his confession was false, made when he was depressed over his marriage breakup. The charges were dropped.

Carla’s mother had a portrait of Carla that she would touch every morning, as her way of saying, "Good morning," to her daughter.

"My mum suffered in incredible silence," Jim told the Star-Telegram. "Back in the '70s you didn’t have Dr Phil showing up at your door or all this group support. I saw her. I knew she became clinically depressed."

Jim was determined to grow up to become a police officer, work his way onto the cold case squad and solve his sister’s murder. He was accepted as a police recruit, but realised he was losing his eyesight and dropped out, not wanting to be a liability. He was later declared legally blind, but worked as a rape crisis volunteer.

Rodney fell in love with someone else, got married and had kids.

Carla’s father died and then her mother. Jim made a promise to his mother on her deathbed.

Interest in the case continued. It was the subject of true crime podcasts. Jim kept talking about his sister.

And then, just this year, a breakthrough. Thanks to advances in DNA technology, police used evidence taken from Carla’s bra to lead them to a suspect: Glen McCurley. Police collected DNA from his trash, compared the two, and then, last month, arrested McCurley. He was 77 years old, still living locally, married, with two children.

"When I was notified, the word that came across my mind was 'finally,'" Jim said at a press conference. "Finally. After 46 years, finally."

From jail, McCurley did an interview with radio station KRLD. He claimed he was "really drunk" on the night of Carla’s abduction, and saw her in a car, with her boyfriend "hitting on her".

"He was screaming," he alleged. "And I went over there and opened the door, and knocked him off of her."

He claimed he pulled Carla into his car and drove off.

"She just gave me a hug. I gave her a kiss. I mistook her for something else. I didn't mean to do it."

Jim told WFAA that he was praying for the McCurley family.

"I really hope that one day when I'm in heaven... I want to see Glen there too."