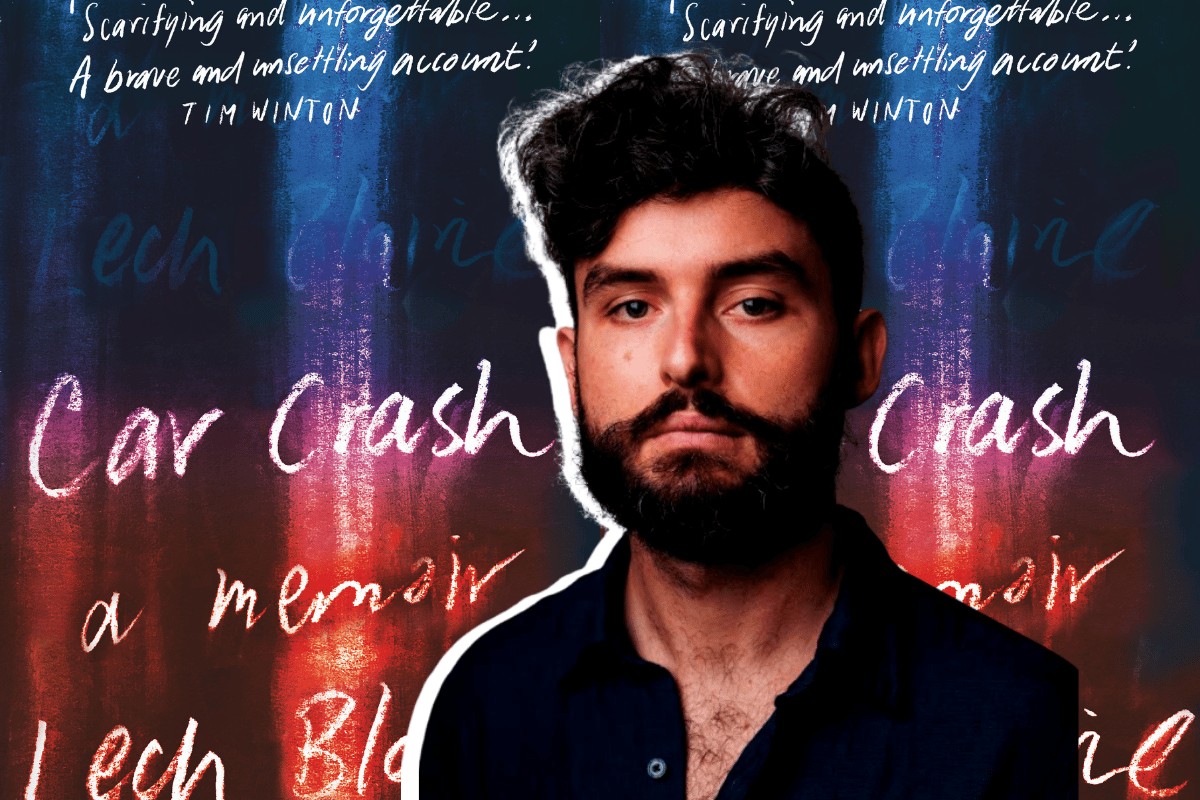 On an evening in 2009, seven teenage boys piled into a car to go to a party. They never arrived. The driver - who was not drunk or high - made a routine error and then overcorrected. The vehicle flew off the road. One passenger died on impact. Others were flung from the car. Lech Blaine, 17, walked away uninjured. In the aftermath, two more died in hospital and one was left disabled, in an incident that convulsed their rural community.

In this extract from his new book Car Crash: A Memoir, Lech writes about the days after the crash, finding out the fate of his friends, and what it's like to have people think you've died.

On Sunday morning, I was woken up by my iPhone vibrating against the lavender sheets with a backlog of missed calls and text messages.

One of the rumours spreading across Toowoomba was that I’d been driving the vehicle and had died on impact. Allegedly dead, I made some awkward calls. Girls in my social circle were marshalling mourners across the city. A small group, aimless in their bereavement, had formed a vigil outside the hospital.

‘You should be here with us,’ one told me.

In the hallway, I listened to reports blaring from the TV. ‘It’s a tragedy sure to rock this tight-knit community,’ a sentimental anchor declared to my couch-bound mother from a studio on the east coast. The spectacle was wrung out for the rest of the long weekend.

I fled to the hospital, driving under blue skies without inhibition about operating a motor vehicle. Outside Emergency, a group of shivering teenagers hugged one another, between checking their phones for Facebook updates.

‘Lech!’ shrieked a girl from Downlands.

My existence was the subject of disbelief. I hadn’t been touched this vigorously since retiring from contact sport.

Vincent was the blond-haired, blue-eyed school captain of Downlands. He gave me a bear hug. I liked Vincent well enough, but I wasn’t a fan of physical intimacy with other men, unless rugby league provided me with an alibi.

‘Sorry,’ he said, apologising for my visceral resistance.

I stood on the sidewalk nodding at terms I didn’t understand. Critical. Serious. Stable. A phrase kept ringing above the din of medical lingo: induced coma. But one passenger was missing from the updates.

My question received a collective gasp.

‘He passed away,’ said Vincent.

‘We thought you knew.’

I’d only known Hamish for a few months. At the end of March, to celebrate receiving my P-plates, Tim and I had driven to Brisbane on a whim, to watch a rugby game.

‘Passing your test is hands down the nicest thing you’ve ever done for me,’ said Tim, whose birthday wasn’t until spring.

Downlands First XV were playing St Lawrence’s at Suncorp Stadium, a 52,000-seat concrete coliseum in Milton. Nick was the star Downlands player. Outside the ground, we waited among supporters bussed in from Toowoomba.

Henry spotted us. ‘Look what the cat dragged in. A couple of Mary’s boys.’ He introduced me to Hamish, whose face was baked with sun from playing cricket.

I noticed that Hamish watched and listened to events with serious eyes and a sly grin. He seemed comfortable letting those with louder voices lead the conversation. We clicked, and discovered that we both came from the same obscure rural town, Wondai. My parents had run the pub there; his folks were farmers.

‘My old man used to be the president of the club!’ I said.

Rebecca Sparrow and Robin Bailey discuss their experiences in dealing with grief on The Well podcast. Post continues below.

At the hospital, the morning-after vigil agreed to relocate to Downlands. It was like driving into Hogwarts. I slowed to let a rabbit hop from the bitumen onto the grass. At the end of the long, tree-lined driveway, I parked far enough away that none of the grievers could see my battered 1993 Mitsubishi Lancer.

The courtyard quickly filled with sixty or seventy students, parents and teachers. Bouquets had been laid on the brick steps. Candles burned in the breeze. A priest did the rounds, offering the opportunity to reconnect with God.

Occasionally, a newcomer arrived and received confirmation that the condolences proliferating across social media weren’t a prank, stunning them into brief seizures of grief.

The distraught were absorbed into the prevailing mood of sad astonishment. I hovered, shaking hands and nodding as wanly as a war veteran.

‘I’m gonna stick strong for the boys,’ I said, over and over.

Fifty people asked the same question: what happened? I told them the first I knew of the accident was the windscreen filling with trees. I tried to allay suspicions. The car was overloaded, sure, but Dom wasn’t drunk or speeding.

‘It could’ve happened to anyone,’ I said.

My diplomacy was interrupted. A student ran down the driveway with his middle finger lifted to an idling four-wheel drive. It was plastered with logos for one of the commercial television networks. A blonde reporter was halfway to the courtyard. ‘I’m so sorry for your —’

‘Piss off!’ the guy shouted. ‘Vultures!’

The rattled reporter retreated to the car, heels tapping against the bitumen. I cringed at the meltdown, but was determined to show a calm face to the deranged situation.

Vincent offered to host a private wake at his place and rode there with me later that afternoon.

To the left was a steep quarry. To the right was a national park. The road narrowed to a tight stretch, like a drawbridge. Vincent’s house was an architectural masterpiece. It was split to accommodate gradients, walls colour-coordinated with the trunks of gum trees.

The homeowners were blond and soft-voiced, BMIs kept low by organic-based diets and gym routines.

‘Let us know if there is anything we can do,’ said Vincent’s father.

‘Anything at all,’ said his mother.

Vincent and I were left to decompress on the patio, where the blue heeler from the crash site materialised.

‘Hey, Rosie,’ said Vincent, hugging what was actually a family pet, before descending into a weeping mess.

Vincent was the youngest of three brothers, but university-educated parents hadn’t shamed the emotion out of him. I patted the cattle dog to do something with my hands that didn’t involve providing comfort to Vincent.

As night fell, parents dropped a stream of P-platers to the eco mansion. We congregated in the cinema room. Vincent put on the third The Lord of the Rings as a tribute to Hamish. ‘Catapult!’ fellow fantasy fanatics shouted, breaking the spell of sombreness. I’d never seen the movies, but it felt good to be doing something with my lips besides grimacing.

Our faces were lit in the competing glow of smartphones and a 60-inch TV. Fantasy on the flatscreen, grief in our newsfeeds. I had thirty-one Facebook messages, eighteen wall posts, fifty-seven friend requests. A memorial page for Will and Hamish brimmed with inside jokes and grinning images of the victims.

At 8:45 pm, I posted my second public statement.

RIP Hamish, I wrote. My thoughts are with your family.

Then Vincent made an announcement: Henry was unlikely to survive the night. His brain had pressed against the cranium before bulging back towards the spinal canal. Doctors had drilled two burr holes through his skull.

I let out a sob, but the emotion behind it dissipated. Someone paused the movie. The room stared at me.

‘Let it all out,’ said a girl I’d never met before.

‘Excuse me,’ I said, fleeing to the front porch.

The entire vigil followed me outside and took turns patting my back while pledging compassion. I tried to produce some counterfeit tears for a tightknit clique of sympathisers. None came.

‘You’re so brave,’ said a stranger.

I drove home alone, the last person awake in the west.

This is an extract of Car Crash by Lech Blaine, published by Black Inc. Books, RRP $29.99, and is available where all good books are sold.