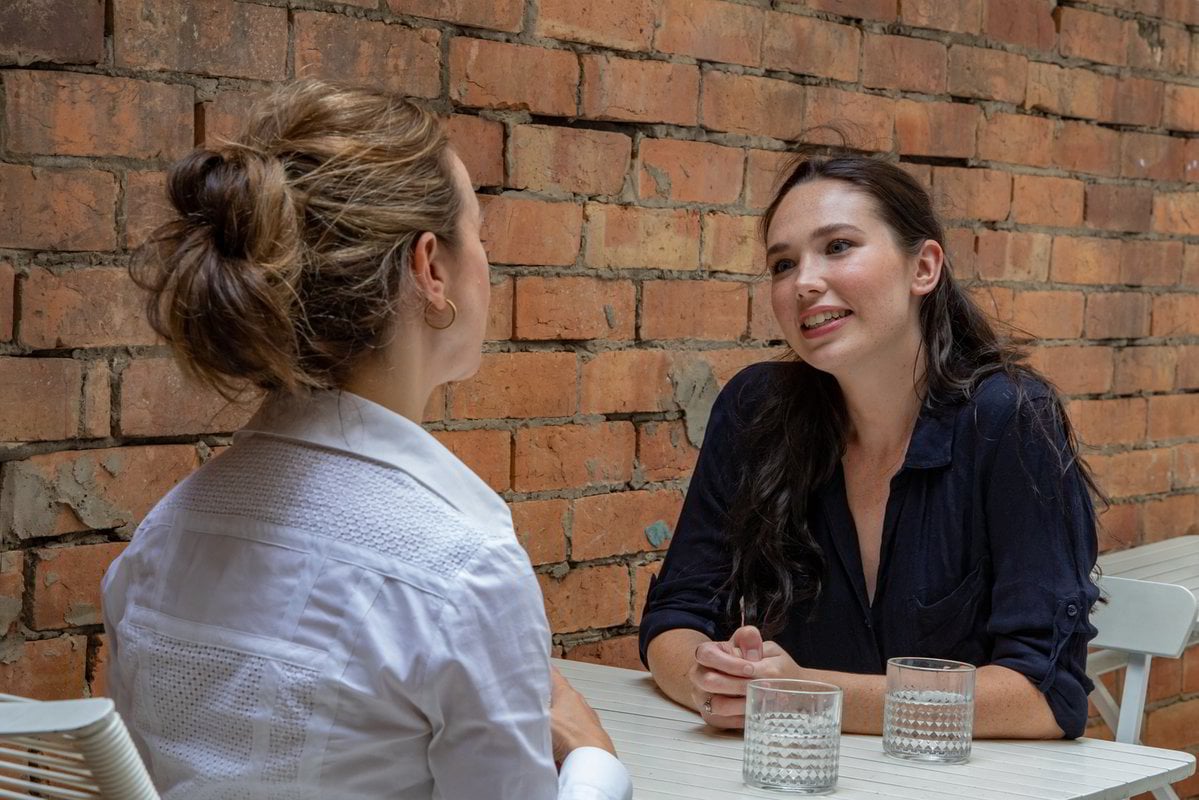 Close friends are supposed to be a safe space of sorts - people you can be yourself with and who will be honest and supportive when you need it.

But over time, many of us may find ourselves with friends that don't make us feel the way we should in a positive, healthy friendship.

This week, Glamour published an article about 'constructive bullying', giving a term to an experience so many of us can, unfortunately, relate to. If you've ever been on the receiving end of a jab or comment from a friend that stuck with you for days, or maybe even years, you'll be able to relate.

What is constructive bullying?

It seems like a misnomer, doesn't it? Nothing about bullying is constructive.

Constructive bullying is a description of those social experiences where you may find yourself in a vulnerable position - maybe you've come to a friend for advice, or they're comforting you - and that person uses this as an opportunity to be critical.

They'll deliver it under the guise of 'constructive criticism' or hard truths 'because they're your friend'.

You were after constructive feedback or support, but all you got was nonconstructive words or actions which didn't help, and might have even made you feel worse.

Think comments about your appearance, choices and relationships.

For example, Jessie recalled the comments a very good friend made directly after she was dumped by a boyfriend for someone else: "[She] explained that it was because the other girl was a lot prettier".

"My friend said: 'I've always found brunettes prettier than blondes - I'm not being mean!', and I remember feeling crazy for being so hurt by it."

Teasing and playful banter is a big part of many friendships (e.g my best friend and I roast each other so often you may be forgiven for thinking we don't like each other - but that's a form of affection for us, nothing we ever say is with malice, and we know each other's limits). But friends should never put you down in a way that makes you feel like they don't care about you.

﻿Jennifer* told Mamamia about a friend who was clearly unhappy that she was in a happy relationship. Her friend would regularly say she was 'more fun' when she was single and she should dump her boyfriend, who she also regularly insulted.

"She would say that my boyfriend was way too effeminate and probably gay... she was convinced because my boyfriend is not 'into sports' and 'his hair is too styled'," she said.

Jennifer said the same friend sent her an unhelpful message after a breast augmentation.

"The text I woke up to was 'ugh, you sooo didn't need to have your boobs done, they will make you look really hefty'. I was shocked that she would respond in that way."

Then there was Sara*, who vividly remembers the day her friendship circle decided to pool together their wardrobes, so they'd all be able to find something to wear to a party without having to buy something new.

"One of my friends picked me and another friend up, as we headed to a third friend's house to share our clothes. I had my bag full of outfits, and I remember one of the girls saying 'Oh, you probably didn't need to bring so much stuff, I don't think they'll be the right size for us anyway'.

"I was at the time maybe one dress size bigger than the rest of the group, not that that really matters, but I remember a heavy feeling hitting me in the chest but I just sort of laughed it off, but then spent the whole afternoon too worried about it to try on any of my friends clothes. She had said it in such a casual way, I doubt my other friend driving even noticed.

"But that stuck with me for years. I always, always compared myself to the rest of my friends and felt different because of that one comment."

Why does it happen?

Humans are social creatures. We want to feel like we belong, and friendships are an important part of that.

Studies have shown that social support is linked to better mental and physical health. A 2019 study published in scientific journal PLOS ONE even found the strength of our inner circles was a better predictor of our stress, happiness and wellbeing levels than fitness tracker data.

So it's no wonder we seek out friendships. But not all friendships are equal, and if you find yourself facing 'constructive bullying' from a friend, it may be a sign of insecurity or jealousy on their end.

This is similar in all forms of bullying, where the bully may be trying to overcompensate or deflect from their own low self-esteem by bringing others down.

(But remember, this isn't an excuse: It's never okay to bully someone).

What to do about constructive bullying?

Friends can unintentionally say hurtful things, and if you're not convinced it is intentional, you should try an open and frank conversation.

Telling them how their comments make you feel is important. In 2019, Dr Karen Phillip wrote for Mamamia about ways to speak to friends in a way that won't make them defensive.

"If you need to point something out, do so cautiously so as not to hurt them. Speak in a gentler manner by suggesting, rather than telling. Instead of using words such as ‘you should’, ‘why don’t you’, you need to’, change these words to ‘have you ever thought of...’, ‘perhaps you could possibly …’, ‘what if you did/said that…?’ This way you are not directing but suggesting."

If they're a decent friend with good intentions, they'll take the feedback on board and be more aware of what comes out of their mouths in future.

If not, it is probably time to reconsider the friendship.

Life is too short to deal with that kind of toxicity, especially from the people you should be able to count on to lift you up.

Have you ever experienced 'constructive bullying'? Let us know in a comment below.