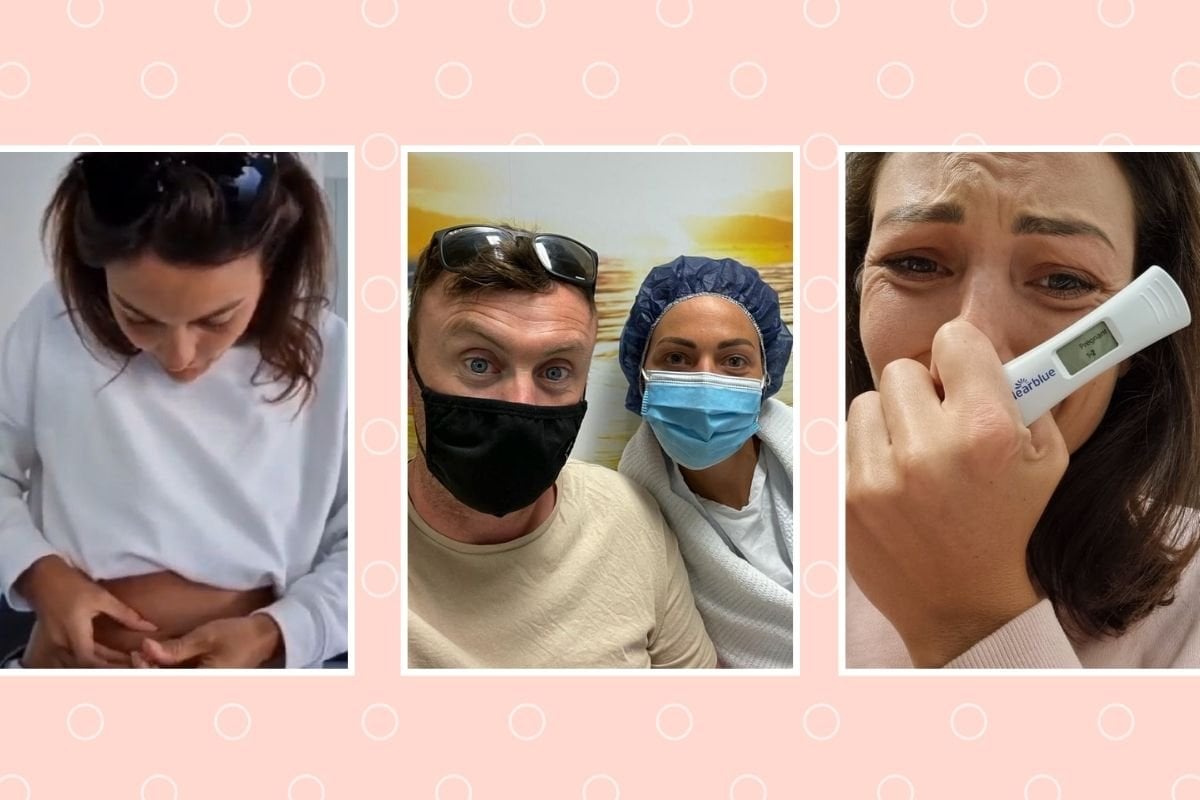 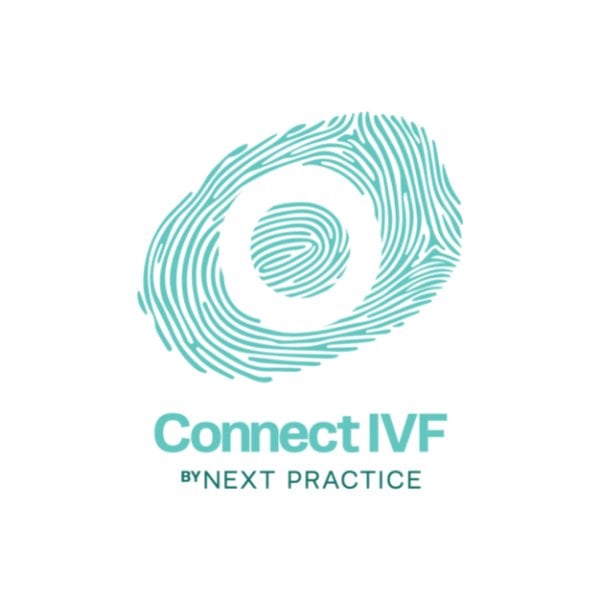 Thanks to our brand partner, Connect IVF

It was the first day of her period, and Vikki Mai Murphy was bawling her eyes out down the phone to the receptionist at a Sydney fertility centre at her local public hospital.

She and partner Sean had been told conceiving naturally for them would be near impossible, and after an IUI (Intrauterine insemination) that had ended in an ectopic pregnancy, their next advised step was IVF.

But since her last contact with them about an upcoming IVF cycle, the hospital had made the decision to only take on cancer patients due to rising COVID numbers at the time. Vikki was gutted.

She and Sean spent the day inquiring into private IVF clinics, where they were bombarded with exorbitant costs and lengthy wait times.

Then Sean stumbled across a company that looked different. Connect IVF touted itself as a bulk-billed service and "the most affordable IVF clinic in Sydney."

"I'm ready to start IVF today. Can you do it?" she asked them.

They couldn't do it that day – they needed blood tests and an initial consultation, but as Vikki told Mamamia, by her next period she had started the process.

﻿﻿After hearing many other stories about how IVF can be a challenging and long process, Vikki was amazed to learn that after her first transfer, she was pregnant.

Here's what she learnt along the way.

Vikki and Sean were being quoted $10K to $15K for IVF services at other clinics before finding Connect IVF.

They were prepared to pay it, but knew they'd have their choices limited as a result. A private hospital birth, for example, would be off the table.

At Connect IVF, the couple's expenses were no more than $1100; and that included an IVF cycle, IVF medications, a fast-tracked blood test and a nine-week course of progesterone. 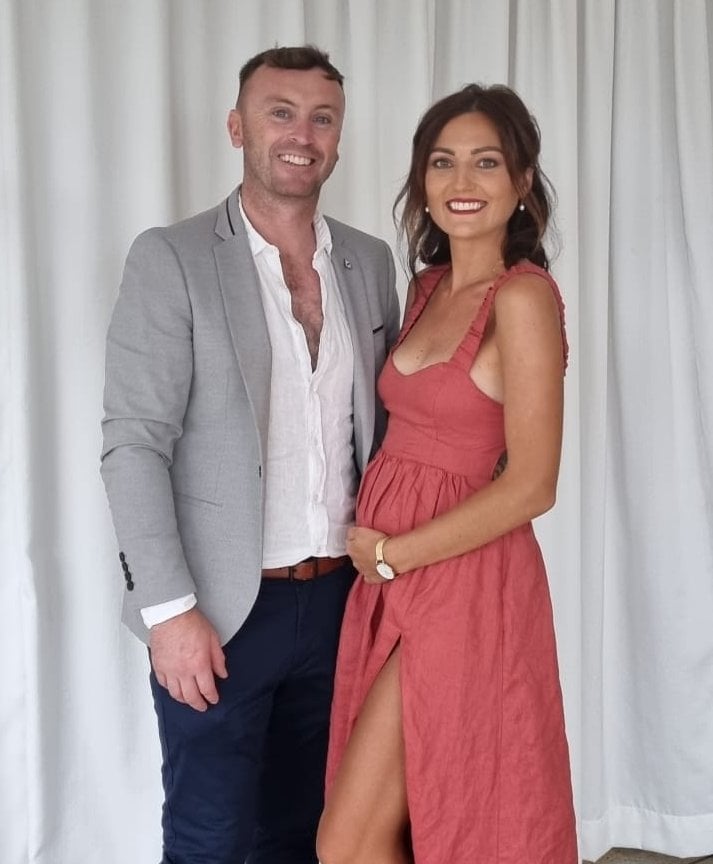 Vikki and Sean are due in July. Image: Vikki Murphy.

In time they'll also have to pay $600 a year to keep their remaining embryos on ice, but they get the first 12 months free of charge.

While Vikki was happy to go through the public system once pregnant, a more affordable IVF process has given her the opportunity to choose private, which she wanted for that extra layer of continuity of care after a terrifying ectopic pregnancy.

Connect IVF gave her back that freedom of choice, and as she soon found out the clinic does everything from IUI transfer, Intracytoplasmic Sperm Injection (ICSI), sperm and egg freezing and Ovulation Induction and Timed Sexual Intercourse (OI); to help those with irregular periods time their ovulation.

All of which come in at a price-point significantly below their competitors.

2. "An IVF waiting room is an exciting place."

By the time Vikki found herself in an IVF waiting room she was aching for a baby.

She had anticipated a sad and anxious energy sitting amongst other hopeful parents desperate to add to their family. But when she walked in the door at Connect IVF, and found three other people in the waiting room, she felt only excitement as she sat next to them.

"I thought, 'we're all going to have babies... these people are literally going to get us a baby'."

Of course, not everyone has success through IVF. But for Vikki – in that initial moment of starting the process – she felt optimistic and at home in that waiting room chair.

"When you've already done so many things that don't work, and you're in a place that can make your chances so much better – it just felt really good to be there," she said.

The at-home needles required to stimulate multiple egg development freaked Vikki out initially. How on earth was she going to inject herself?

But as the 32-year-old told Mamamia, that fear dissipated after the very first needle prick.

"That first one – breaking your own skin is quite hard. But once it was in I was like 'oh, okay, I got this, this is easy!'," she explained.

Watch how at ease Vikki was with the whole process:

She had the same feeling of relief after both the egg retrieval and embryo transfer; neither hurt as much as she thought they might.

"They put me to sleep and collected my eggs internally, and it was honestly like 20 minutes and I woke up from what felt like a nap. I felt absolutely great... they gave me a biscuit and a cup of tea and I was on my way home. I just wasn't expecting to feel so fine," she said. 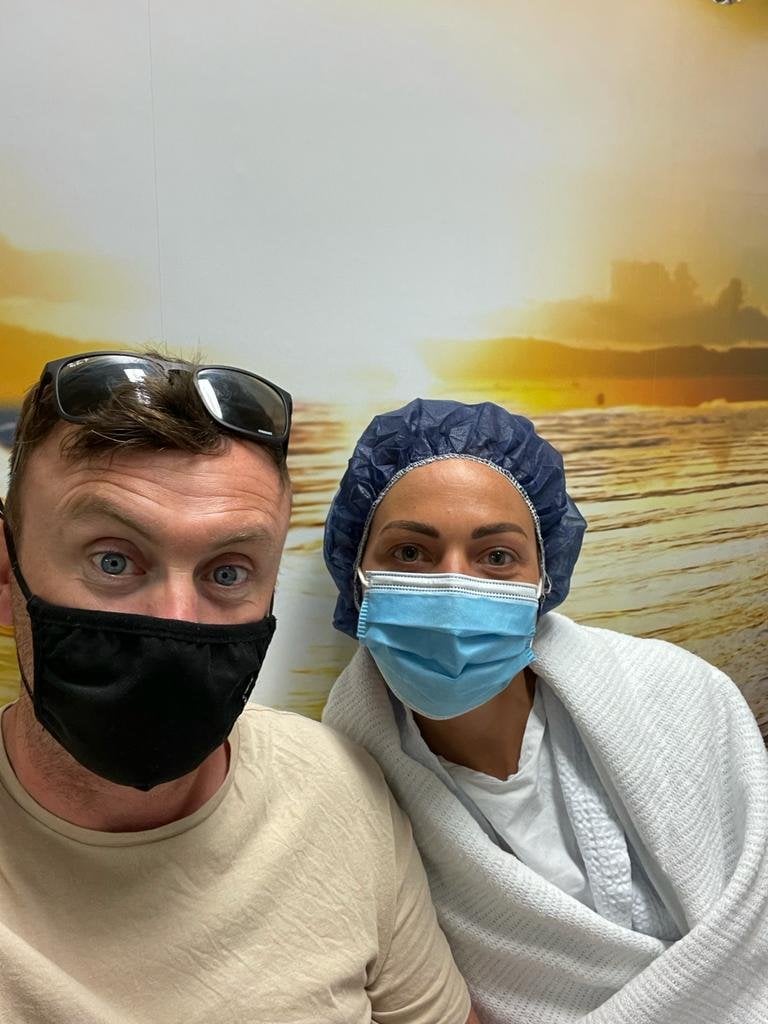 As for the embryo transfer – Vikki had the memory of an IUI transfer fresh in her brain going in for the procedure.

"That was a little painful and uncomfortable, so I was preparing myself for that. But they told me to relax, and I took a couple of deep breaths and she was like 'there it is, it's in!' There was no pain, no discomfort: nothing."

The most painful part of the whole IVF process for Vikki was the bloating she experienced from the medication she took prior to egg retrieval.

"And your body is a bit sensitive and tired, but I would do it a million times over if I had to, to get my baby," she said.

4. "An outlet to soothe the mental load is essential."

For Vikki that outlet is swimming.

The mental load that comes with 'trying' for a baby, especially when you've been told conceiving naturally is highly unlikely, is all-consuming.

The only time Vikki was without her constant internal monologue was when she was in the water. It became a lifeline, one that's continued through her pregnancy.

"I couldn't think about injections or babies or ovulation sticks or anything like that. All you think about when you're swimming is concentrating on your breathing. So it was just such a brain release for me, and now I just love it – I do it every day," she told Mamamia.

The two week wait after the embryo transfer was particularly agonising, but Vikki took advantage of the daily access to Connect IVF nurses.

"I was ringing every day because they give you the nurses' line number, so you can call anytime. They do also give you numbers for counselling and stuff as well if you need them, and we had some Zoom calls with the doctor."

Ultimately Vikki learnt that talking openly and honestly about her feelings and fears and leaning on the surrounding support – from Connect IVF, Sean, and her swimming buddies – helped immensely.

5. "Seeing your baby in embryo form is an experience you'll never forget."

For most new parents, seeing the flicker of their baby on an ultrasound between 6-12 weeks is the first sign of life they witness.

But Vikki got to experience something even more formative, and describes it as one of the best memories of her life.

"I walked into the clinic for the transfer, and there was a big screen up on the wall with a little round embryo on it. They said to me, 'that's going to be your baby.' I cried from the second I walked through that door," she told Mamamia. 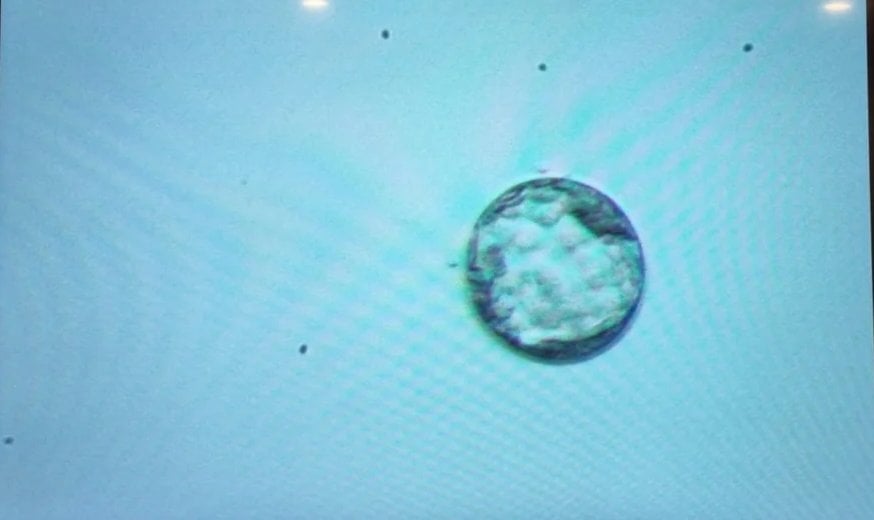 Vikki and Sean's future baby up on the big screen. Image: Vikki Murphy.

Going through fertility treatment certainly takes the "innocence" out of becoming pregnant. But witnessing the embryo being transferred into her body was a completely unique 'first step' into motherhood for Vikki.

"It was amazing. Absolutely amazing. I was so fascinated by what they'd just done, and I was so happy. I was hugging everyone in the room," she said.

Vikki is now 21 weeks along, after being fortunate enough to fall pregnant on her first transfer.

Once she'd had the viability scan at four weeks, she was told she'd 'graduated' from Connect IVF. 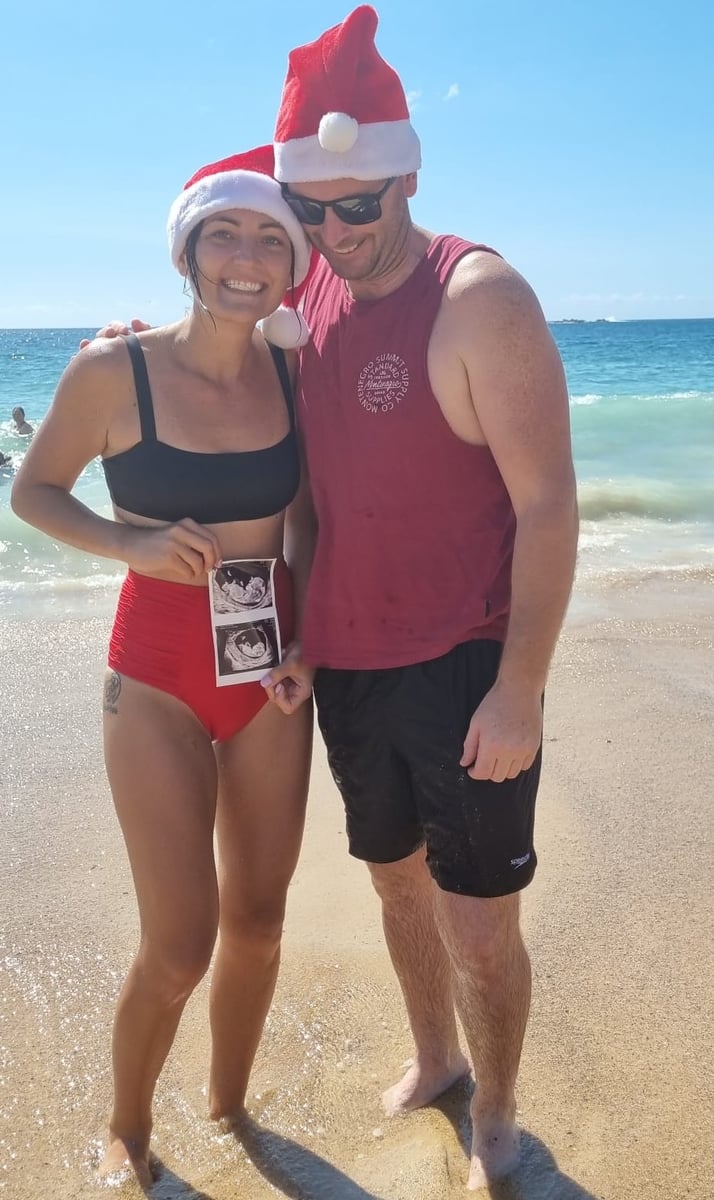 Vikki and Sean are waiting until birth to find out the sex. Image: Vikki Murphy.

"It was quite sad saying goodbye to them," she told Mamamia.

She'd grown really attached to the doctors and nurses at the clinic during her time with them.

"Do you know what I really can't wait to do?" she told Mamamia. "I can't wait to have the baby and go into Connect IVF and show them."

"I can't wait to show them what they helped us make," she said, beaming.

IVF services should be available to all Australians without financial burden. Connect IVF are the most affordable Sydney IVF clinic. They are a bulk billing fertility clinic and want to help couples on any income to start a family.

To request a consult, you can contact Connect IVF here.