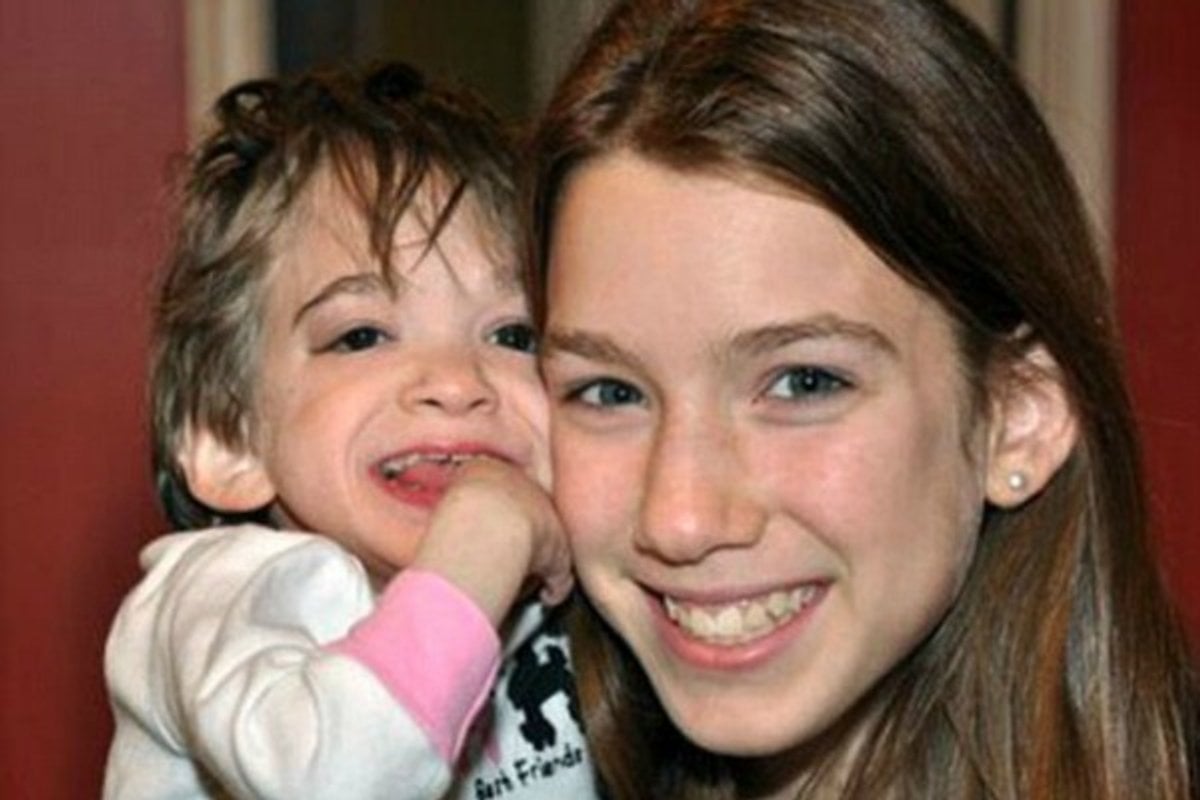 Brooke Greenberg was born on August 1, 1993, in Baltimore, Maryland, to Melanie and Howard Greenberg.

Her growth within the womb had been erratic. As a result, she was born with a low birth weight and displaced hips.

But it wasn't until she was four months old that her parents realised something was really wrong.

Brooke wasn't growing, and she wasn't reaching the same milestones her two older sisters had.

Despite numerous tests over the next few years doctors were so baffled they simply diagnosed Brooke with Syndrome X: an unknown condition.

"Despite what appeared to be adequate nutrition she just wasn't growing. In medicine you like to be able to label something but with Brooke she doesn't fit anybody else. It's frustrating but we don't always have the answers," her pediatrician Lawrence Pakula told TLC.

In her first six years of life, Brooke suffered a number of medical emergencies including brain seizures, a stroke, perforated stomach ulcers and a brain tumour. But the little girl managed to survive them all, much to her doctor's shock.

She was unable to talk, but communicated to family through gestures and facial expressions, and was able to walk with the help of a gait trainer.

But she never grew beyond the size of an infant; never weighing more than 7kg and never growing taller than 76cm. Her mental capacity never developed beyond that of a two-year-old and her entire life, she slept in a cot and was pushed around in a pram.

The Greenbergs went on to have another daughter three years after Brooke, who quickly surpassed her sister in growth. Carly formed a close bond with her older sibling and as she grew from a child into a teenager she developed ways to entertain her toddler sized sister from flicking the light switch on and off, to pushing her around the house on an ottoman. 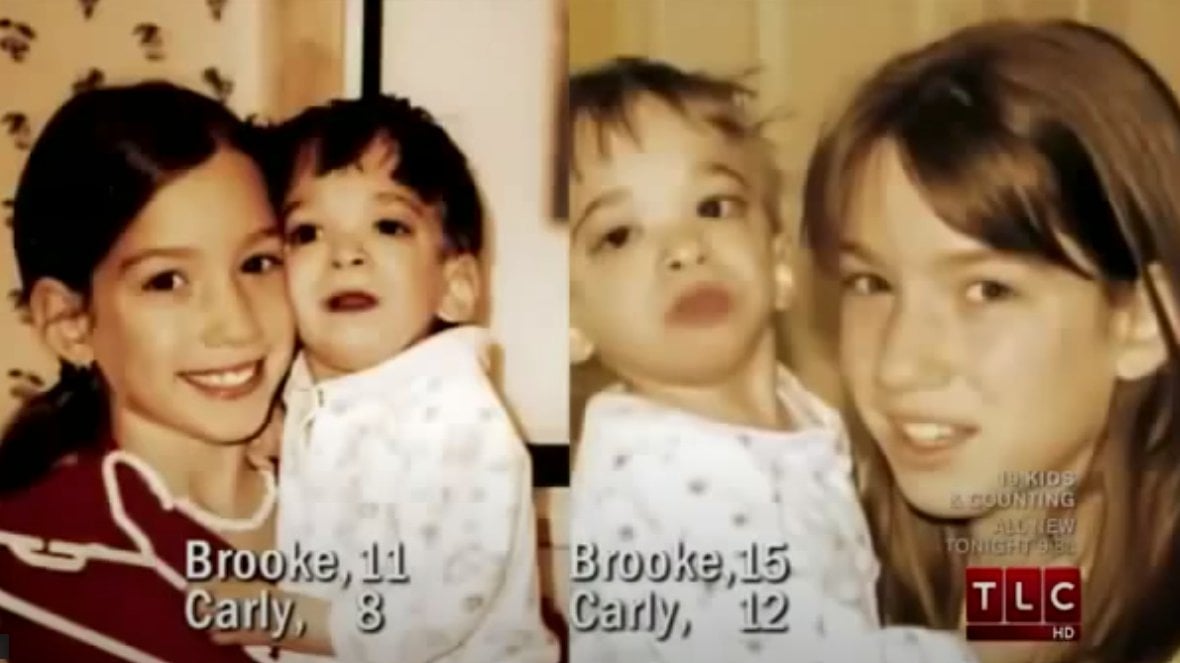 "If somebody said to me, 'I could fix her' I would tell them, she's not broken," Howard Greenberg told The Baltimore Sun about stranger's opinions. "She was a very special child. She gave nothing but love."

But while doctors were confident Brooke's mental capacity wouldn't mature, her mother Melinda explained to ABC News when Brooke was sixteen: "She loves to shop. Just like a woman."

The family, where they could, tried to give Brooke as normal an experience of adolescence and adulthood as possible.

Brooke's condition intrigued scientists all over the world. Of all documented instances of children failing to grow, Brooke's case was unique because her body did not develop as a coordinated unit. Each part developed independently, and they were all out of sync. 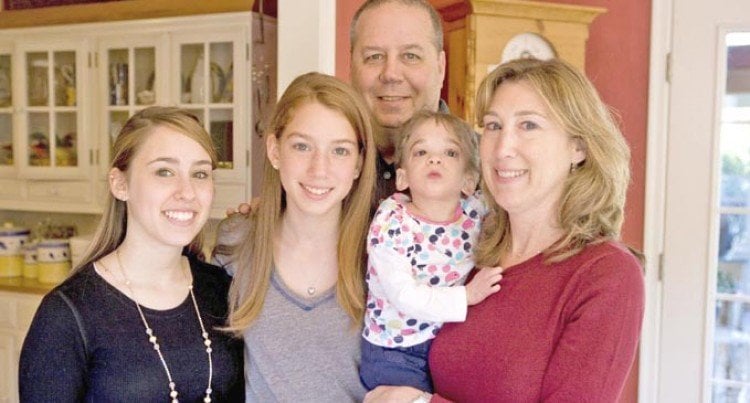 Brooke, her parents, and two of her sisters. Image: TLC.

Gerontologist Dr. Richard Walker told the BBC he suspected that Brooke's condition was caused by a glitch somewhere in her DNA.

Through his research, he discovered several other cases with similar developmental issues, including Australian man Nicky Freeman, who despite being in his 40s still looks like a preteen boy.

"While the outside world may have noticed Brooke’s physical stature and been puzzled by her unique development state, she brought joy and love to her family," Rabbi Andrew Busch said during his eulogy, according to The New York Daily News.

Brooke died in 2013 just before her 21st birthday, at the same hospital where she was born.

Bronchomalacia, a condition that makes breathing difficult, led to her death.

"Her parents, three sisters and extended family showered her with love and respected her dignity throughout her entire life," he added.

Syndrome X remains very much a mystery to this day.