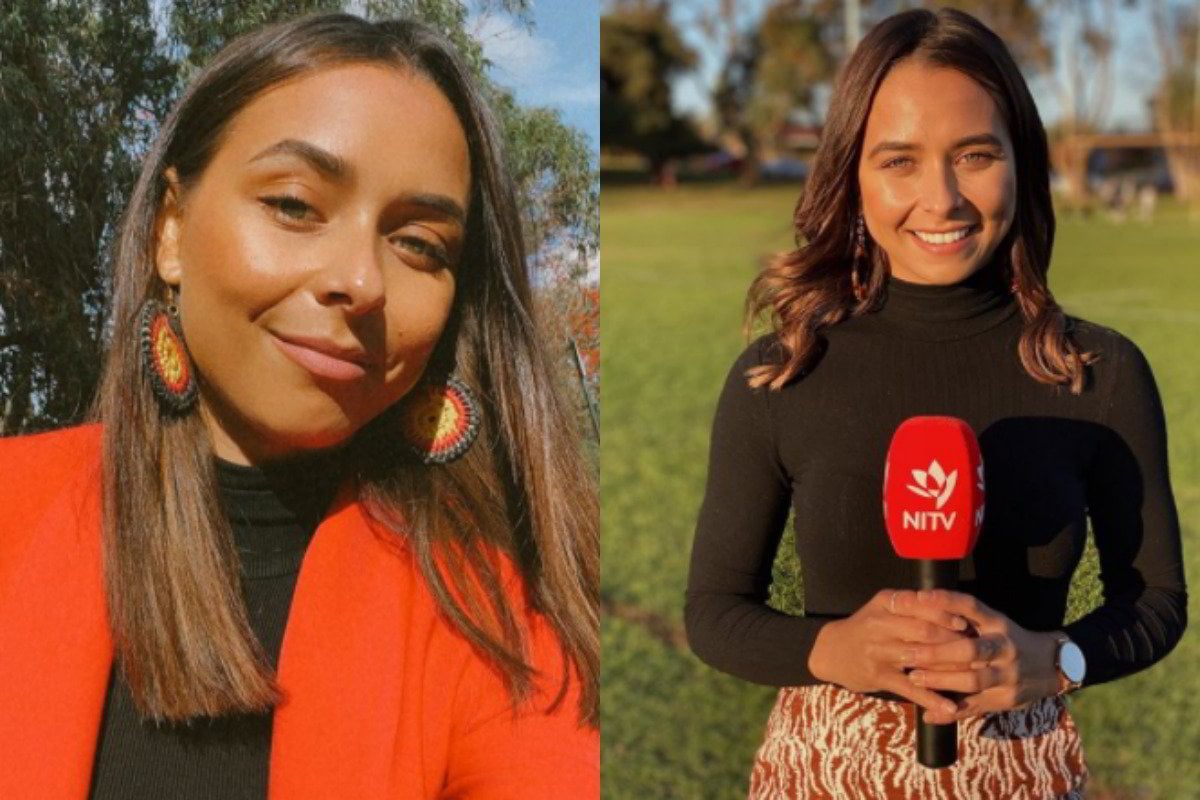 She's a proud Noongar Yamatji woman, and she's dated both men and women in the past.

Before she had even stepped into The Bachelor mansion in 2018, the now 25-year-old had experienced more challenges than most of us will throughout our entire lives.

Her early life in Carnarvon, WA, was clouded by drug and alcohol-fueled violence. Her mother died in a car accident when Brooke was just 11 years old. Just one month later, her grandmother, who was her other primary caregiver, also passed away.

Despite all this, Brooke became a keen AFL player, and she has dedicated her life to working with young people who are experiencing the same kind of trauma that she went through.

At 23, she entered The Bachelor mansion and met Nick Cummins AKA the Honey Badger.

She is one of few Indigenous women who have been on the show - or on any reality TV show in Australia - and she is the series’ only Indigenous finalist.

A few weeks into the season, Brooke came out as pansexual to Cummins and told him about the relationships she’d had with women in the past.

She was a clear frontrunner and a fan favourite, before she abruptly left after the hometown dates. Brooke would later disclose that she left because Cummins had told her he wasn't going to choose anyone in the finale.

In 2019, she joined the cast of Bachelor in Paradise, and had a brief fling with Alex Nation, before leaving the series within the first two weeks.

Since her time on the franchise, Brooke has been using her platform for good, sharing messages about her Indigenous culture on Instagram and encouraging young Indigenous women to embrace their identity. She's also started hosting the Western Australian NRL's Indigenous Round on NITV.

For the past two years, there have been rumours circulating that Brooke would be our next Bachelorette, however that hasn't come to fruition. Last year, we saw Gogglebox's Angie Kent attempt to find love through the reality series, and this year we'll watch not one - but two - white, middle-class women's 'journey to love' on TV.

Now, Brooke has shared she would be keen to be the Bachelorette if they offered it to her.

“Look, there was no offer made, but I wouldn’t say that I’m not open to it,” Brooke replied when asked about the rumours on The Babble podcast this week.

However, she's worried Australia's not ready for a bi-sexual Bachelorette.

“Um, there was kind of talk and speculation about certain things, and recently on a podcast, they were saying that I had to grow my followers in order to be the Bachelorette, but I don’t think that was necessarily the case. I don’t know, I’d be very open to it. I’m a little bit different in the sense that I date both sexes and whether Channel Ten and Warner Brothers would be up to a sort-of bi-Bachelorette, I don’t know what they would that look like or if Australia would be ready for that.”

LISTEN: We need to have a word about the sl*t-shaming on The Bachelor. Post continues below.

The thing is Australia is ready for it. And it's exactly what the franchise needs to do to meet its audience in 2021.

Over the past few weeks, even die-hard fans have been switching off from the current season of The Bachelor.

A white, heterosexual Bachelor being pursued by mainly white suitors, who spend most of their time fighting with each other and tearing each other down, feels out of step with where we're at in 2020.

Over the past few years, we've found it harder and harder to look past the lack of diversity on the series, as another white, straight "traditionally attractive" Bachelor and Bachelorette are wheeled out year after year.

We've found the old reliable tropes harder and harder to stomach, as Women of Colour are increasingly cast as the 'villains' and the 'kooks', while the 'wifeys' are overwhelmingly white.

We've fallen out of love with a franchise we used to adore, and we're wanting more from our reality TV fix.

Brooke Blurton being the Bachelorette in 2021 can give us that. It could open the door to creating a truly diverse Australian reality TV landscape which reflects the reality we're living in.

Maybe next year, Channel 10 and Warner Bros will listen to our pleas. Maybe they'll take a gamble, try something different, and put a Woman of Colour, who dates both men and women, in the leading role on prime time TV.

We have a feeling it's a gamble that would pay off spectacularly for them.

Reply
Upvote
2 upvotes
Is going on a trashy, vacuous reality TV show really a positive way to further the cause of people of colour and indigenous culture? If anything, those shows devalue any good message by association. Similarly, a bi or pansexual contestant is just going to be used as a tool for clickbait and ratings. These shows don't exist to educate or raise awareness - they exist to titillate and whip up manufactured "scandal", even if that is to the detriment of those who take part.

Reply
Upvote
Firstly maybe Brooke is one of few non white females have applied and the others didn’t make the cut just like a heap of white people didn’t  , don’t make it into an unnecessary race issue because those sort of comments is making it an issue. Secondly what is Pansexusl ? Thirdly how would it work ( seriously) would half be female and half male ? I’m not saying that is a bad thing just trying see how it would work