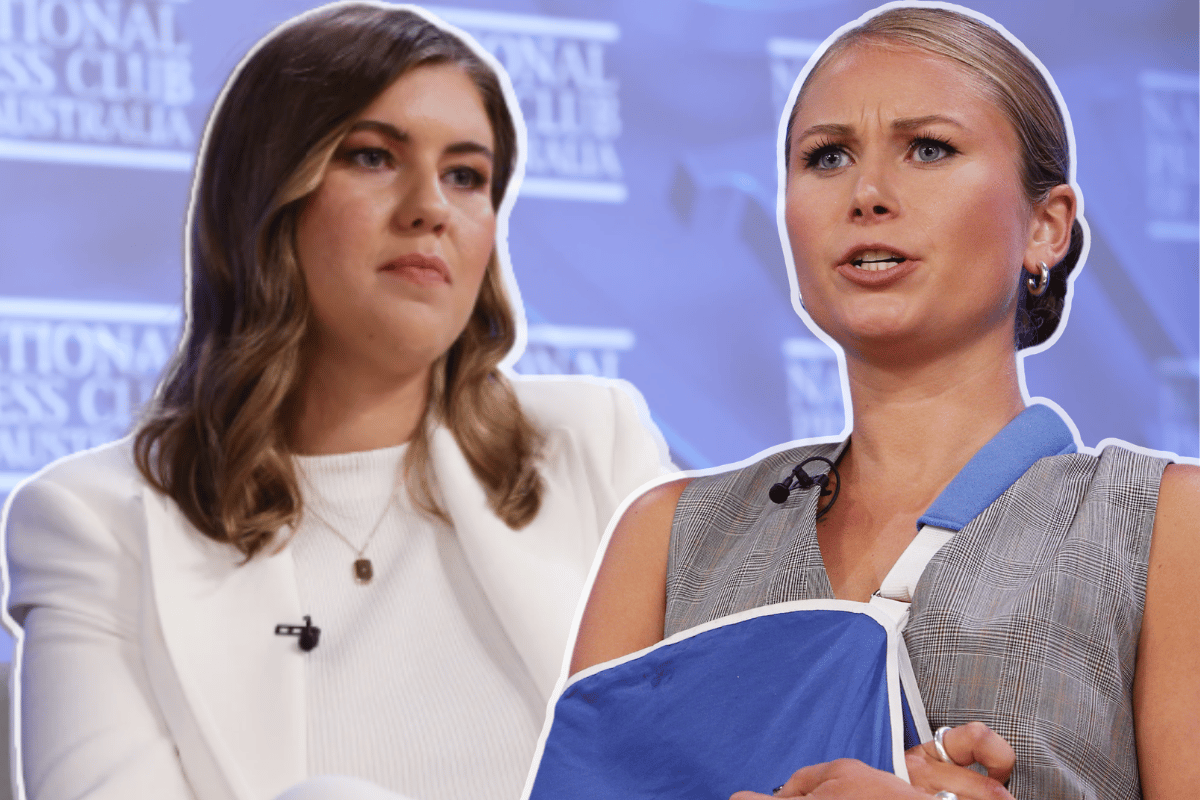 On Wednesday, Higgins and Tame fronted a sold-out crowd to call out the government's handling of sexual violence and abuse.

Their speeches came one day after the Prime Minister and federal members apologised for a parliamentary culture that normalised bullying, abuse, harassment and violence.

1. Both Higgins and Tame want actions, not just words.

In her speech, Brittany Higgins said she doesn't think Prime Minister Scott Morrison's previous “shocking” and “offensive” language about women's safety would matter if his actions measured up.

She was referencing his “imagine if it were our daughters” spiel from last year.

“I don’t care if the government has improved the way that they talk about these issues. I’m not interested in words anymore. I want to see action,” Higgins said. 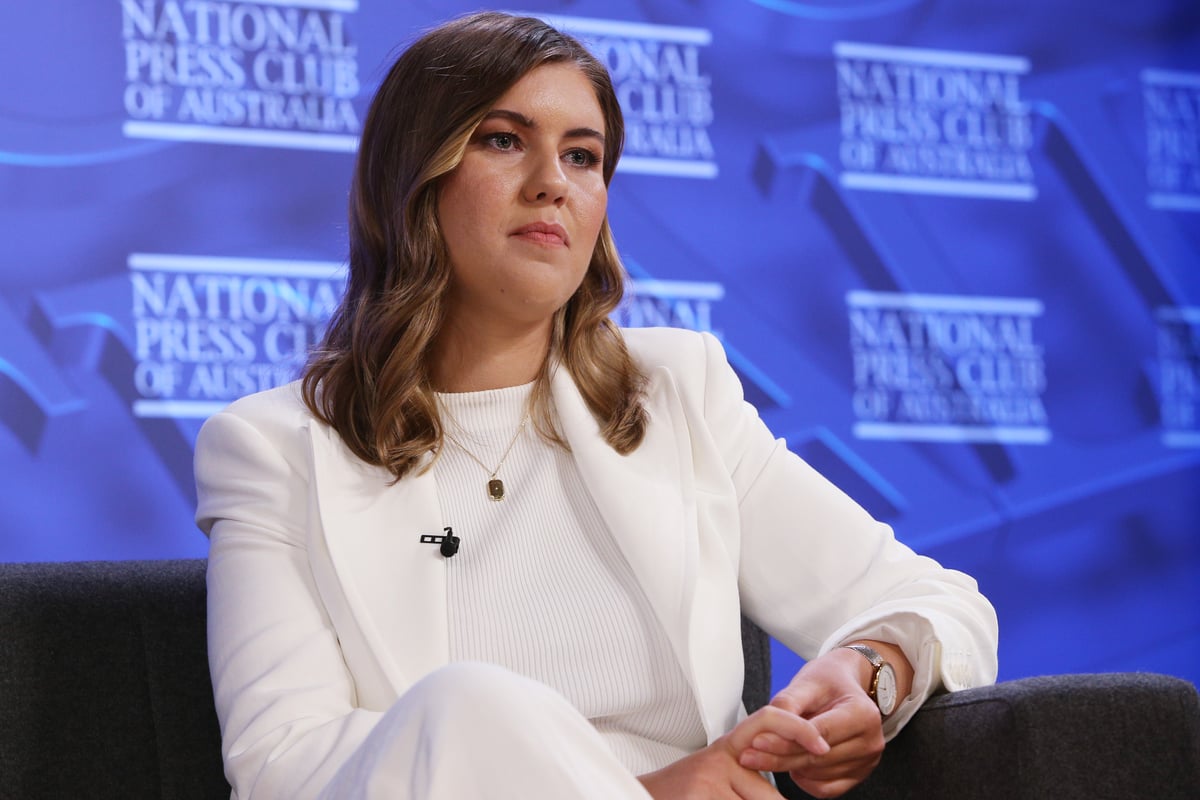 2. Grace Tame alleges a "threatening" phone call from a "senior member" of a government-funded organisation.

Tame said she received a call demanding that she not disparage Scott Morrison.

“I received a threatening phone call from a senior member of a government-funded organisation, asking for my word that I would not say anything damning about the Prime Minister on the evening of the next Australian of the Year Awards.”

Tame noted she would rather speak up about what she believes and disappoint high members in the government rather than “sell out as a pandering political puppet to the corrupt forces that coercively control it.”

How about some proactive, preventative measures and not just these performative, last-minute bandaid electioneering stunts?

The former Australian of the Year also reminded us that it is an election year for the Coalition, alluding to the government’s “carefully staged photo ops” and “facades, false hope and distractions”.

She noted they were all “deliberate spin tactics designed to satiate the press and the general public.”

3. The fallout from Scott Morrison’s “if it were our daughters” controversy.

In her speech, Higgins addressed the PM’s “as a father” comment made last year in the wake of her sexual assault allegation being made public.

After speaking with his wife Jenny, she told the PM: “he had to think about this as a father”. Of course, this didn’t go down very well, with many criticising Morrison and noting you don’t have to look at it from a father’s perspective to see that an alleged rape is horrific and emotionally traumatic.

Platitudes and weak words slammed by Brittany Higgins and Grace Tame in their National Press Club address via @crikey_news https://t.co/UgyYZ7wV8n

Higgins noted the fact that Morrison “needed his wife's advice to help contextualise my rape in a way that mattered to him personally”.

"I didn't want his sympathy as a father. I wanted him to use his power as Prime Minister.”

4. Both women called for structural and systemic action.

Tame reiterated her call for nationally consistent sexual assault laws, ages of consent and definitions of sexual intercourse to be ratified.

She also made three additional recommendations: for the government to take the issue of abuse in all its forms seriously, more funding for prevention education and national, consistent, legislative change. 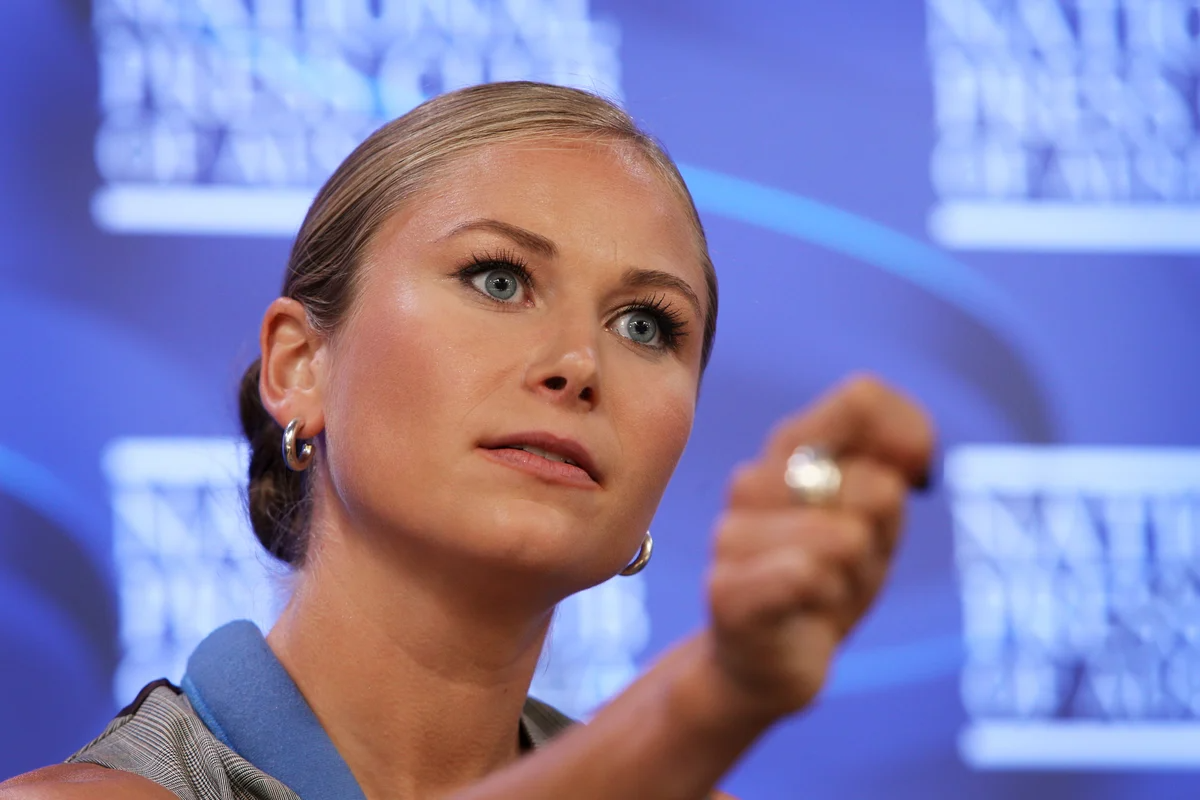 Higgins has said the 28 recommendations of the Jenkins review into parliamentary culture need to be implemented for any real difference to be made.

“If we truly want a gender-inclusive society, we need more vocal women in rooms where key decisions are being made to ensure that there is a gender lens placed over national policy.”

When asked by a reporter how she is feeling about the future for women in this country, Higgins said she felt "really buoyed" by the support she has received from countless women.

"I think we have kind of got a new wave of women who are just not copping it," she said.

"To have people stand behind you and go: ‘No, this is not okay the time is now, let's stand together,’ that has been a powerful thing and that has kept me going in my darkest times."

Grace Tame ends her brilliant speech with this: “You see me here standing tall… standing on the shoulders of giants. Side by side with Brittany. Side by side with all of you. Together, making change. Making history. Butabove all else, making noise.” @TamePunk @PressClubAust

Reply
Upvote
I wonder if she filed a complaint about the relevant person or department when it actually happened? Why did she wait 'till yesterday in front of the press conference? I wonder was her political biases are? One thing for sure I notice in my electorate, the more she singles out the PM (who had nothing to do with what happened to her) the more support is being galvanised behind the PM...
L
laura__palmer 6 months ago

Reply
Upvote
3 upvotes
@twodogs He has something to do with helping protect the children of Australia, something he has severely neglected. Grace outlines the lack of funding and support, I think her bias comes from the fact that she has had to try and deal with this man and his party and they've done nothing but stand in her way.

Reply
Upvote
6 upvotes
If I didn't think Grace's facial expression in those photos was justified before, I sure as hell would now. Good on her for speaking out - again. Disgusting that she should have to.
L
laura__palmer 6 months ago