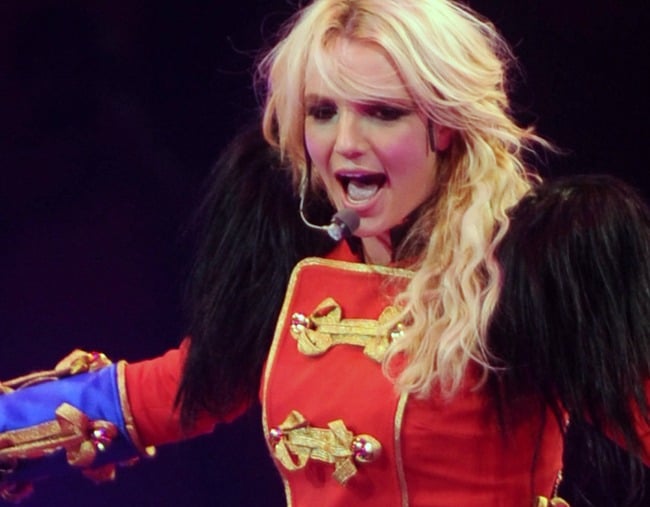 Britney Spears’ first night back at her Las Vegas residency has been interrupted after an unidentified man rushed the stage.

During her Piece of Me show at Planet Hollywood on Wednesday night, Spears finished up a performance of her 1999 hit (You Drive Me) Crazy when a fan rushed the stage to get her attention.

The incident, which several fans captured on their phones and posted on social media, shows Spears asking the crowd, “Are you guys having fun?”

Upon quickly noticing the commotion going on behind her, she asked, visibly shaken, “Is something okay? What’s going on?”

Fans chanted “a-hole” as the man was ushered out of the venue. The individual who rushed the stage has yet to be identified publicly.

Police have arrested a 37-year-old man in relation to the incident, E! News reports.

Spears’ four-year-long residency at the Axis auditorium inside Planet Hollywood culminates on December 31.