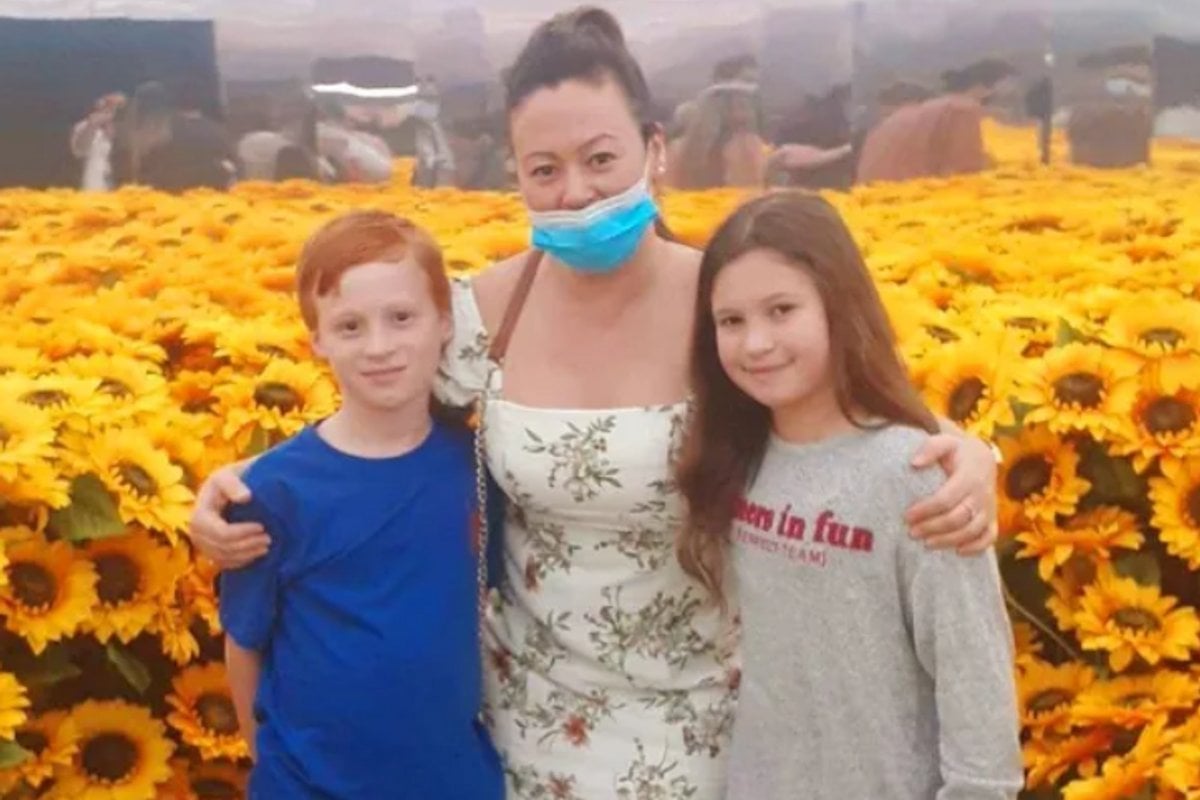 Two children and two adults have died after a plane crashed into the sea off Redcliffe, northeast of Brisbane, Queensland, on Sunday.

Brisbane man, Cris Mocanu, 41, and his two children Lucas Mocanu, nine, and Lavinia, 10, were tragically killed when the plane crashed off the end of a runway at Redcliffe on Sunday morning shortly after taking off.

67-year-old Robert "Roy" Watterson, from Wamuran, who was piloting the Rockwell Commander 114 light airplane, also died in the crash. Watterson was the founder of Lincom Group, which Mocanu worked for.

The plane wreckage was also recovered around 24 hours after the crash.

The pilot's family were at the Redcliffe Aerodrome at the time of the accident.

Inspector White said the pilot's family at the aerodrome became aware of the crash after they began looking at social media when the single-engine, four-seater plane failed to return.

"There are a number of family of the pilot who were at the Redcliffe Aerodrome at the time of the accident," he said.

"I understand it was a bit of a family day... a family joy ride.

"The family became aware when they knew the aircraft hadn't returned on site, also they began looking at social media posts."

"This is a tragic accident. It's leading up to Christmas, and this is the last thing that any family needs to go through at this time of year, or any time," he added.

"The [pilot's] family are deeply traumatised as you would expect."

The mother of the two children has spoken out.

Catherine Di Blasio, the mother of Lucas and Lavinia, told The Courier-Mail she didn't know her two children were going on a flight, saying it was a surprise for her son’s birthday.

"He [Lucas] had a recent birthday in November and his dad told them that it’s a surprise, a present, but all he said it was an experience that you will love," she told the publication. "Up to that morning the kids didn’t even know."

Di Blasio later rung Mocanu, who she separated from, after the kids didn't return by lunch as expected. But she kept receiving "out of service" responses.

Listen to this episode of No Filter, with Mia Freedman and Sharon Johal. Post continues after podcast.

"Then I thought they were ringing my doorbell but when I opened the door there was three child protection service detectives and they told me the bad news," she shared.

"Even the guy had trouble telling me, he didn’t know which words to use, it was pretty horrible.

"When they came to my house, the detectives, I was wrapping the kids’ Christmas presents."

Di Blasio also recalled her last words to her children when she dropped them off with their father on Sunday morning.

"My son turned around and said, ‘love you too mum’, and they left."

A GoFundMe page has been set up to support Di Blasio, which has raised over $23,000 at the time of publication.

"My brother's partner Catherine is suffering every parents worst nightmare, the unimaginable loss of both her children Lucas and Lavinia in yesterday's light airplane crash at Redcliffe (along with their father and the pilot)," Tracey Baughman wrote on the fundraiser.

"I am devastated for the family, even more so at this time of year when family should be together."

"Catherine adored her children and is a much loved and hard-working registered nurse who has worked tirelessly through this pandemic so let's all get behind them and show our support and give them the wonderful send off that they deserve."

Investigations into the crash are underway.

The Australian Transport and Safety Bureau is currently investigating the crash.

The plane was "reported to be returning to the aerodrome" when it crashed into the sea, according to an ATSB summary of the crash.

Chief Commissioner Angus Mitchell said a preliminary report on the crash's cause would be available in six to eight weeks.