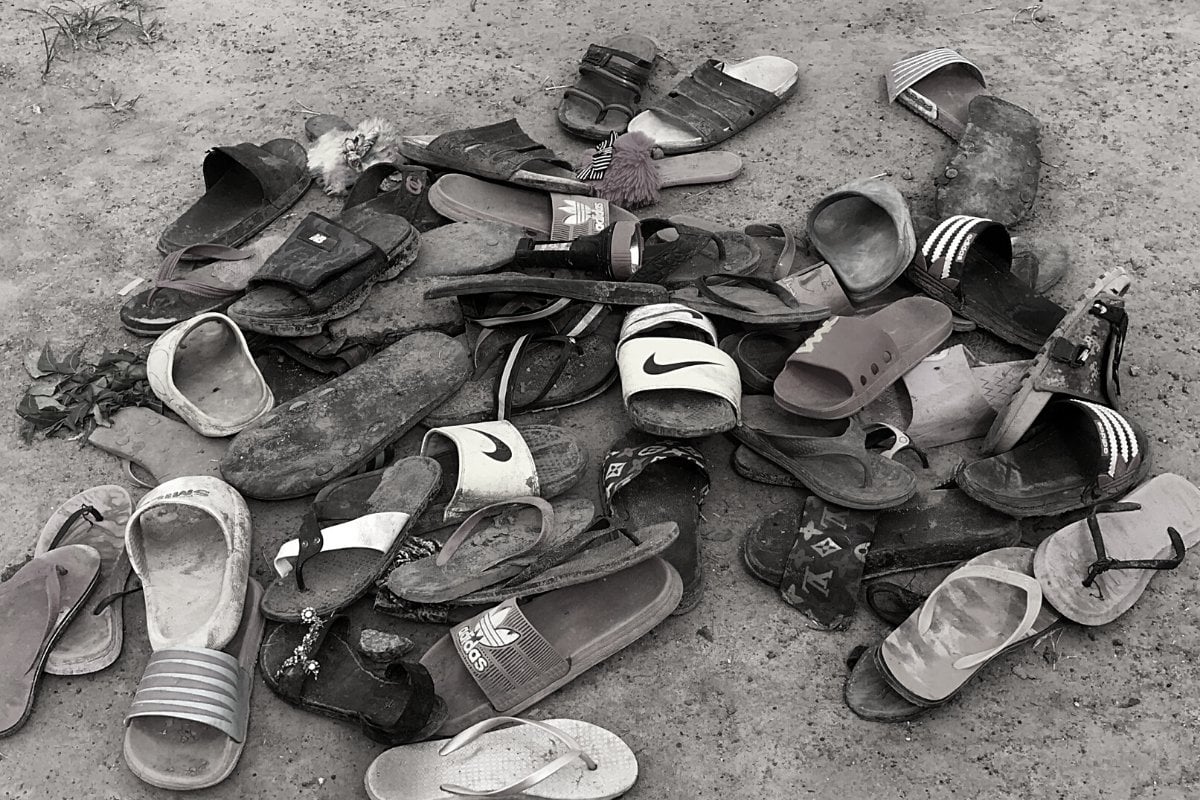 Seven years ago the hashtag #bringbackourgirls was trending on social media. People around the world were tweeting it, or posting it to Facebook and Instagram in solidarity with the families of 276 Nigerian children who'd been abducted from their secondary school in the town of Chibok.

The girls, who were mostly Christian, were snatched by members of Boko Haram, a terrorist organisation that had long been seeking to overthrow the Nigerian government and establish an Islamist state in the West African nation.

They had already killed thousands of Nigerians in the bloody quest. But be it the scale of the kidnapping, the deep grief of the girls' loved ones, or the fact that Boko Haram had used children as a weapon of terrorism, this particular story cut through in bulletins around the world.

The world was listening, and Boko Haram took full advantage.

Our prayers are with the missing Nigerian girls and their families. It's time to #BringBackOurGirls. -mo pic.twitter.com/glDKDotJRt

Dozens of mass kidnappings have taken place since 2014, including at least 10 since December 2020 that have involved more than 1000 students.

Just this week, gunmen stormed a boarding house at a Baptist school in Kaduna State. The attackers overpowered the school's security guards late on Sunday night and fled with 121 children, who remain missing.

According to Reuters, "dozens of distraught parents gathered at the school compound following the attack, some weeping and crying out, standing in groups awaiting news."

They are now among hundreds of Nigerian children believed to be in the hands of terrorist and criminal groups across the country's north. Yet there have been just a smattering of headlines about those children, no international social media campaigns or celebrity-led appeals.

After doing its bit in 2014, the world stopped listening.

The fate of the Chibok girls and Nigeria's 'lost generation'.

Boko Haram started its deadly campaign in earnest two decades ago by launching attacks on Nigerian state officials and western targets, including the 2011 bombing of the United Nations headquarters in Abuja, in which 23 people were killed and more than 80 injured.

But in recent years, the group turned its attention to child targets.

"They started by going to dormitories, boarding houses, schools to attack the children," Nile University of Nigeria academic Hakeem Onapajo told The Conversation. "They were used by suicide bombers then. And if you look at the gender dimensions their penchant to go after girls. They also use them as domestic slaves to work for them in their camps. They use them as sex slaves. They rape them."

The Chibok girls' kidnapping was one of the first instances of mass abduction exercised by the group.

Child hostages meant attention. It meant getting the ear of influential lawmakers, having leverage to negotiate for the release of government prisoners, and it meant income in the form of ransom money. Significant income.

According to the authors of the recent book Bring Back Our Girls, "millions of Euros" were secretly paid to secure the release of some of the Chibok girls in 2016 and 2017.

Others have escaped, some as recently as this year. But more than 100 remain missing.

In 2017, @drewhinshaw & I entered a Nigerian cabinet minister’s office to ask why Boko Haram was ascendent. “Because we gave them millions of euros for the Chibok girls!” he said with a nervous chuckle

It was a slip of a tongue that set us on a journey https://t.co/SGcgqe6idE

In the wake of the Chibok abduction, other insurgent groups (including Islamic State in West Africa) started following suit as did loose criminal gangs, or "bandits", that seek to profit from ransom or trafficking the children.

According to Amnesty International, hundreds of schools across northern Nigeria, which is the epicentre of the kidnappings, have been closed amid security fears this year alone, adding to those already shuttered due to the protracted conflict with Boko Haram.

Even for those that remain open, parents are reluctant to send their children out of concern for their safety.

As a result, schools in the north have an attendance rate of just 53 per cent, according to UNICEF, and more than 10.5 million children are out of school across the country.

"The authorities’ only response to schoolchildren being targeted by insurgents and gunmen is to close schools, which is increasingly putting the right to education at risk," Director of Amnesty International Nigeria Osai Ojigho said in a recent statement.