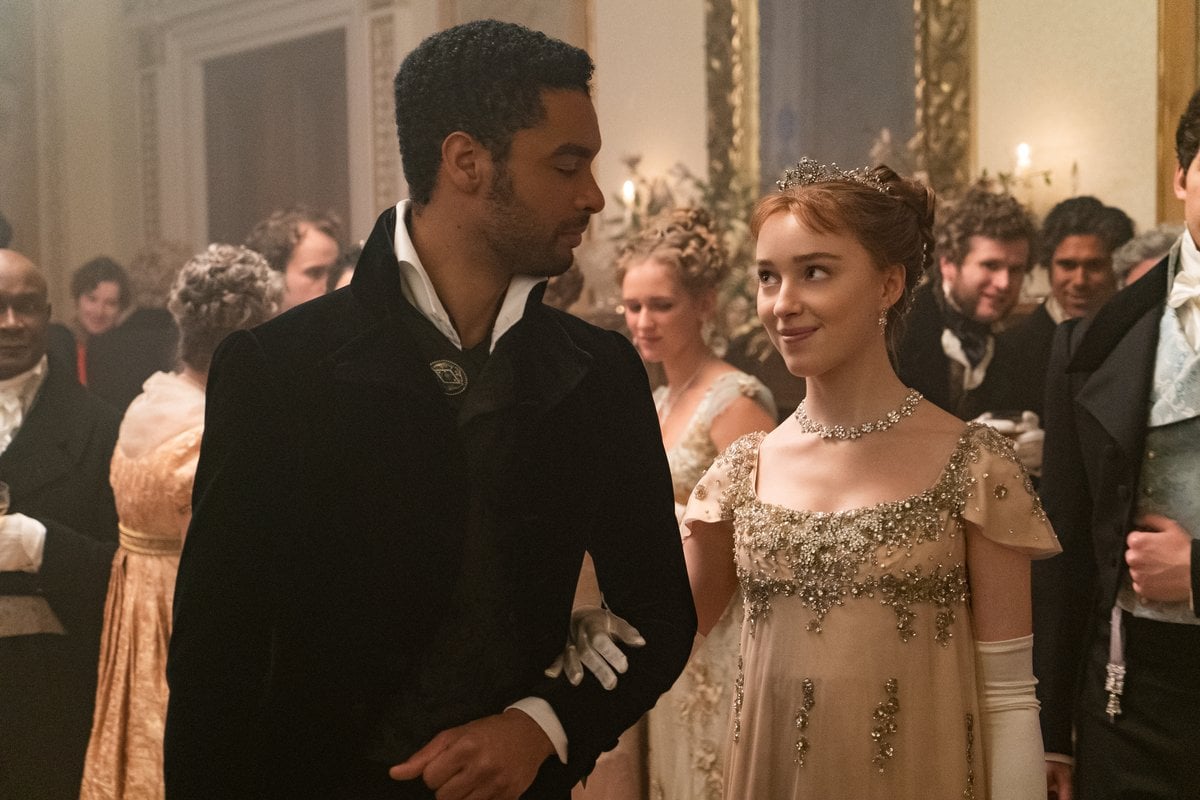 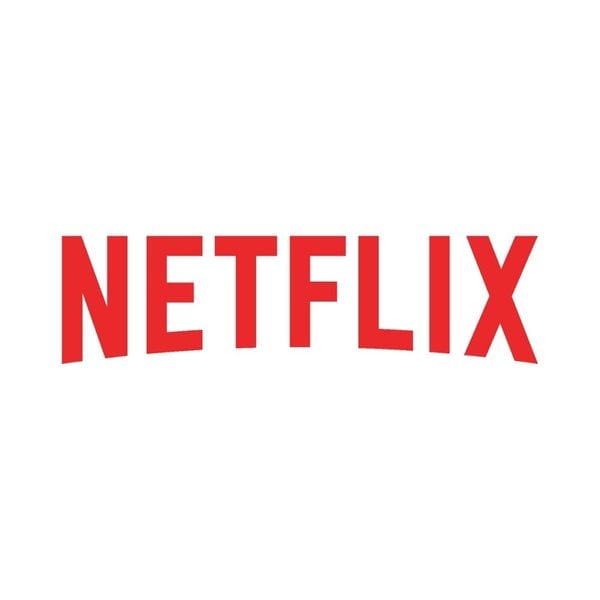 Shonda Rhimes knows how to produce a TV world you want to escape into and never leave.

She first did it with Grey's Anatomy. In 2005, Rhimes introduced us to the inner world of Seattle Grace Hospital and the chaotic professional and personal lives of five of its interns. 15 years, and 17 seasons later, Grey's Anatomy remains one of the most beloved shows on TV.

She did it with Scandal, taking us into the high stakes behind-the-scenes drama of Washington D.C. She did it with How To Get Away With Murder, making us root for a bunch law students who kept doing terrible things to each other.

WATCH: The trailer for Netflix's Bridgerton. Post continues below.

The series, which drops onto the streaming service on Christmas Day, is based on Julia Quinn's beloved historical romance novel series of the same name, and it is created by Scandal producer Chris Van Dusen and produced by Rhimes' Shondaland.

While Daphne makes a great first impression on Queen Charlotte (Luther's Golda Rosheuvel) when she is presented at court, her hopes of finding a suitable Duke or Baron to wed are dashed when her overprotective older brother Anthony (Jonathan Bailey) begins dissuading suitors that he doesn't see fit.

Things go from bad to worse for Daphne when London's resident anonymous high society reporter, Lady Whistledown (narrated by Dame Julie Andrews), begins to scrutinise Daphne's lack of suitors, and another girl from out of town begins to draw the attention of all the eligible suitors. 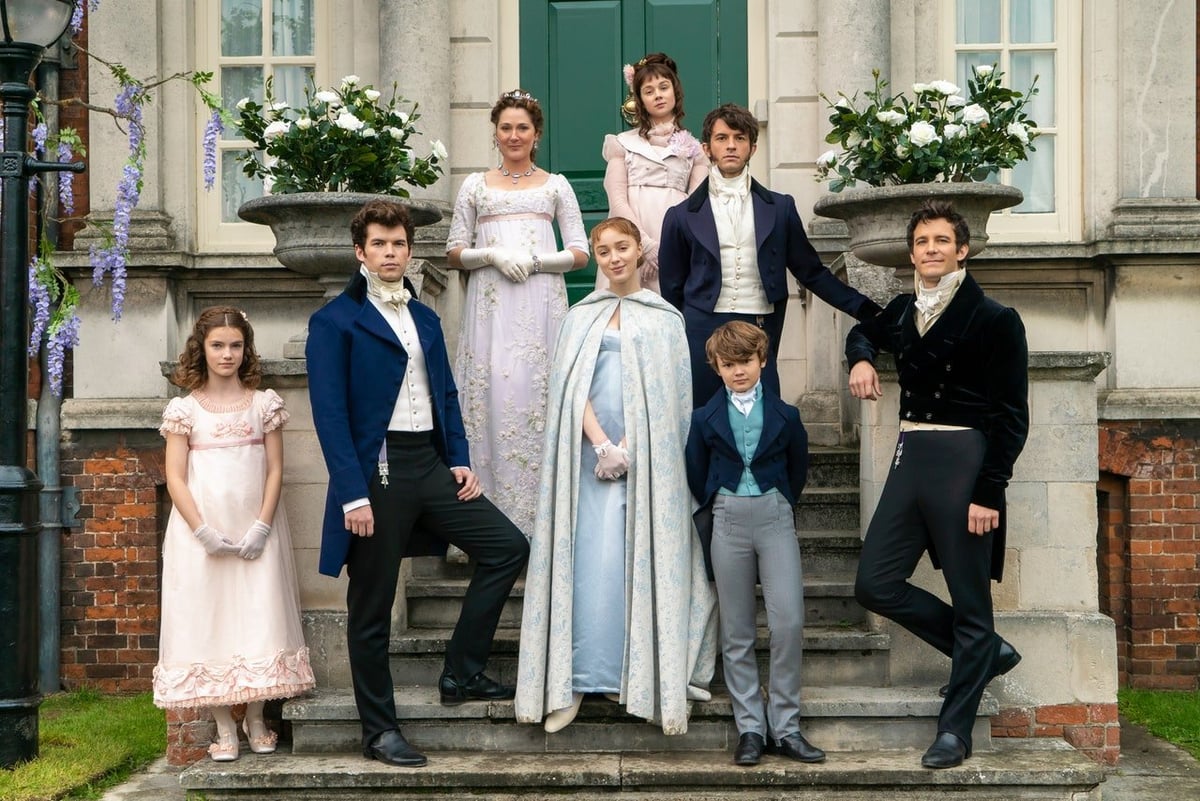 Then, during a turn at the Vauxhall Pleasure Gardens, Daphne meets the Duke of Hastings, Simon Basset (Regé-Jean Page) who is being pressured to "take a wife" and is determined to avoid marriage at all costs.

The pair decide to pretend to be romantically interested in each other to up Daphne's value on the "marriage market" and to ensure the Duke is left alone from all those pestering potential wives.

“Every presumptuous mother in town will leave me alone and every suitor will be looking at you,” the Duke assures Daphne.

As this ruse is unfolding, Daphne's brother is still interfering with her private life, her younger sisters are trying to find out how babies are made and how a woman could possibly fall pregnant without finding a suitable husband first, and Lady Whistledown is continuing to report on the latest dramas from London's high-society marriage market.

As the season continues, Daphne and Simon create that will they/won't they chemistry that results in truly watchable, bingeable TV that will make you hesitant to hit pause so you can run to the bathroom or top up your bowl of snacks.

While the world of Regency Era London and its hopeful potential brides and grooms might seem light years away from 2020, it's exactly the kind of addictive, escapism TV we need right now.

The cast is diverse, the sets are lush and decadent, and the dialogue is so witty you'll find yourself giggling into your leftover Christmas lunch.

By episode two you'll find yourself so deeply invested in the marriage market of a high society that existed over two centuries ago, that you'll wonder how you ever filled in your days before Bridgerton.

You can stream all eight episodes of Bridgerton on Netflix from Christmas Day, Friday December 25.

All is fair in love and war. Bridgerton, from Shondaland, premieres Dec 25, only on Netflix.