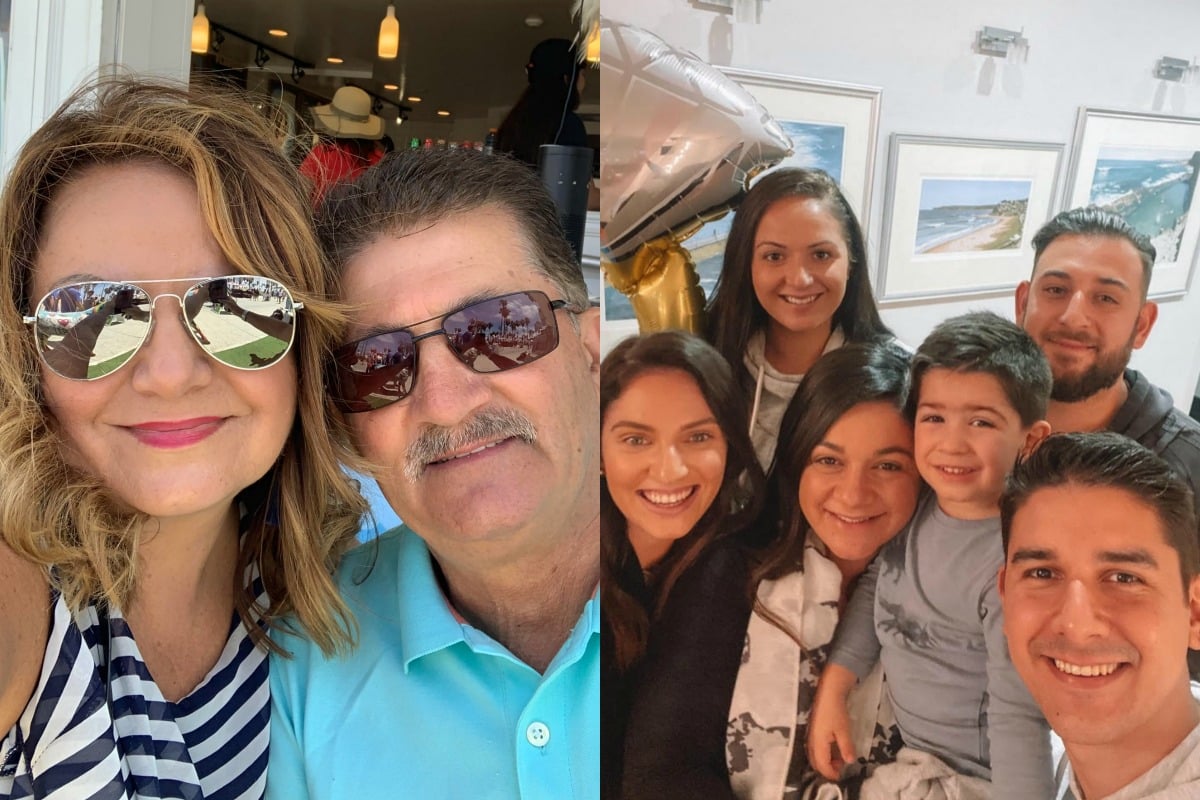 What happens when you send your adult kids out into the world, only to have them return to live with you a few years later with a husband and a dog?

Mamamia chats to five mums who explain the good and the challenging aspects of having boomerang kids and why becoming an ‘empty nester’ is not always a linear process.

When eldest son Jonathon moved back home with wife Sarah and their five kids to save money, Annie and Doug’s modest house and one bathroom had to be shared between 13 people!

“We already had youngest son Jeremey, his partner Maddie and their two kids in the spare room, so it got pretty busy when Jonathan and his family moved home,” grandmother of seven and full-time assistant manager in the family and homeless support space, Annie says.

“I pull up in my car from work and I can hear the noise from the street – it’s a circus!”

“There’s not a lot of physical space or privacy and there can be a bit of waiting about for a shower, but I get up early at 5am and go to the gym so I often don’t see everyone until the very end of my work day.”

While the practical aspects are challenging, Annie says the fact they have all been together during COVID has been great.

“We have been able to witness our grandkids growing up, and that is a real blessing. As I still work full time, I would normally only see them on occasional weekends if we weren’t all together.

“I will absolutely miss seeing all the cousins in the bath together when they move out, they have a really special bond and are more like siblings now. It’s been a privilege and I get a lot of love from them every day!”

Dana and Bob have been happily married for 39 years with three adult children and until recently, everyone still lived in the family home.

“We have a Macedonian background and family is incredibly important to us,” Dana says.

“I was married at 18 and lived with Bob’s family for many years while we saved to buy a home. It was hard as young newlyweds with no space, but Bob’s mum was a widow and her house was an important central meeting place for the whole family.” 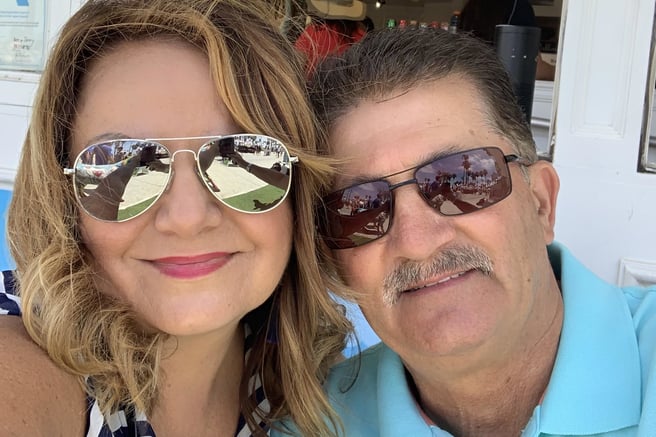 Dana says that the main reason her kids have stayed in the family home as adults, is so they can save money.

“They don’t pay any bills and so all three of the kids have been able to buy investment properties which we are really proud of. Our eldest daughter Justine and husband Lee have also just finished building their forever home which would have been difficult without our help.”

When daughter Justine moved her family out into their newly built home, Dana says she was very emotional.

“Honestly, I balled my eyes out when they left! It was so special having grandson James around – he got a lot of love from the whole family.  Luckily for Bob and me they didn’t move far away, so we can still all get together every Sunday night for our traditional family feast.” 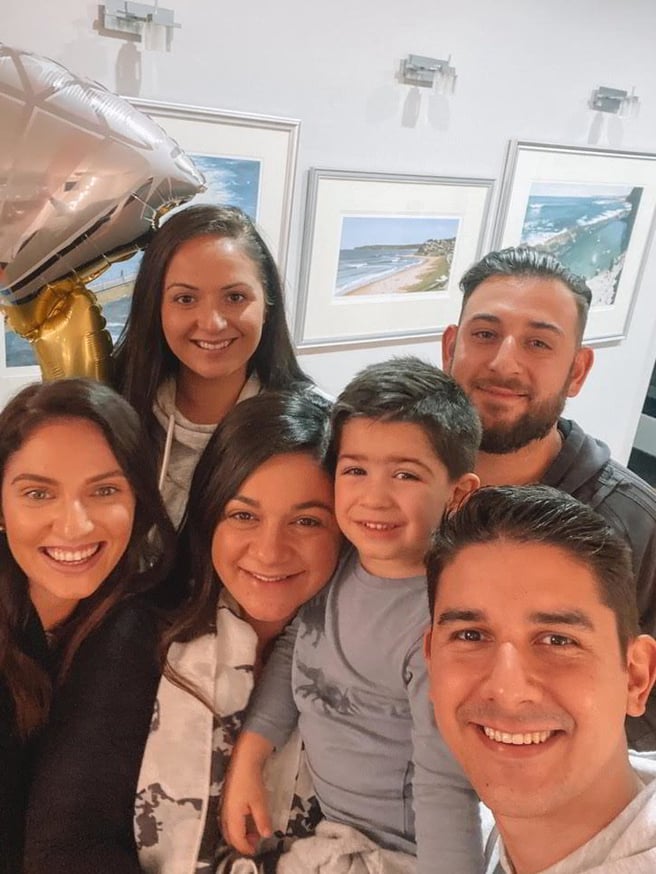 Dana and Bob's three kids, Justine, Becky and Matthew, as well as their son-in-law Lee and grandson James. Image: Supplied.

As a blended family with four kids between them, Mel and Craig have had all four kids boomerang back home at different stages.

“When they were younger they would frequently go to be with their other parent then come back for a change of scene,” Mel says.

“We were used to a pretty busy house so when we officially became empty nesters it was an emotional time and I felt a real sense of loss as our home was suddenly so quiet.”

The couple went through a period of adaptation and eventually began to see the positives in having the house to themselves.

“We could strut about nude again and in a weird way, we became like the teenagers. Ordering pizza and eating it on the couch in front of the television just because we could!”

Their newfound freedom didn’t last long, as three years ago one of their sons returned home at age 23 after a relationship breakup.

“He left a boy and came home to us as a man. It was another period of adjustment as we had to re-set boundaries and remember that he was no longer a kid. It was actually really fine, and he saved up for his own place and was back out in 12 months.”

The Mamamia Out Loud team discuss ‘generation boomerang’ and the 331,000 kids who have moved back in with their parents because of COVID-19. Post continues below.

For social butterflies Deb and Dave, their big house wasn’t just an open home for their own four boomerang kids, but their kids’ dogs and occasional friends too.

“Our eldest daughter left for a few years to travel then moved in with her partner, but when that relationship broke down, she came home bringing her dog,” Deb says.

“She left again six months later but wasn’t allowed to take the dog as she had become part of our family!”

Second daughter Alicia moved back home when building her house. She brought partner Ryan and son Dylan along too.

“Our big family home had six bedrooms, a rumpus room and it never seemed full. It was a bit like a share house and everyone just suited themselves.

“I always knew the kids would move out eventually as they were saving for homes or bonds or trips away, so it was no problem.”

With a pool and plenty of space to offer, their generosity extended beyond their own kids to friends who needed a place to stay.

“We have had so many people living with us over the years! A friend’s son and his family moved over from the US and stayed with us for 11 months.

“There was a bit of a joke that when they were ready to move out they didn’t want to tell me as they knew I’d be upset! As long as I had a bit of my own space I didn’t mind; I love the company and a party!” 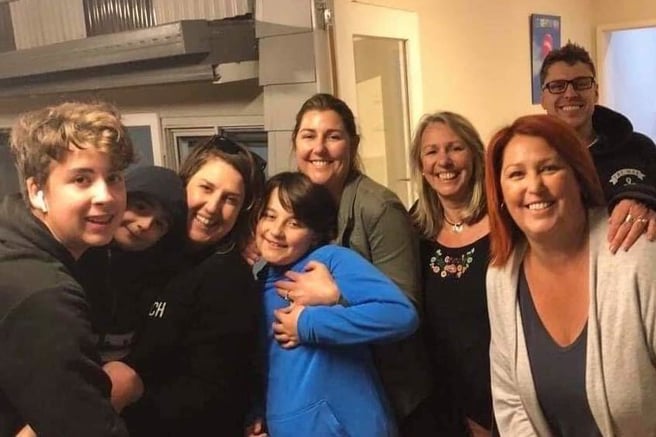 When daughter Sally’s marriage fell apart, Barbara and Jeff welcomed her and her two little boys back home. They did not anticipate how stressful co-habiting with toddlers would be when COVID hit.

“Before Sally moved home, we had a rule for our two daughters that they could return home once after they officially moved out,” Barbara says.

“Of course, we allowed Sally to come home for a second time however for compassionate reasons. She moved in with our two grandsons back in January and it was hard enough then but when Covid and lockdown hit, it became even more challenging.”

With daycare and parks closed, Barbara and the family had to spend a lot more of their time at home with each other.

“It was physically tiring and there was so much washing! I’m usually such an organised clean freak and there wasn’t one room in the house that didn’t look like a bomb site!”

“On the plus side, having the little boys around really allowed us to connect with our neighbours. We would be out walking the streets looking for teddy bears and rainbows during lockdown and chatting with people in the community.”

“We had some difficult moments, but saying that, we’d do it all again if we had to! Our relationship with our daughter and the grandkids is stronger than ever.”

Have your kids ever moved back home? Share your experience in the comments below.