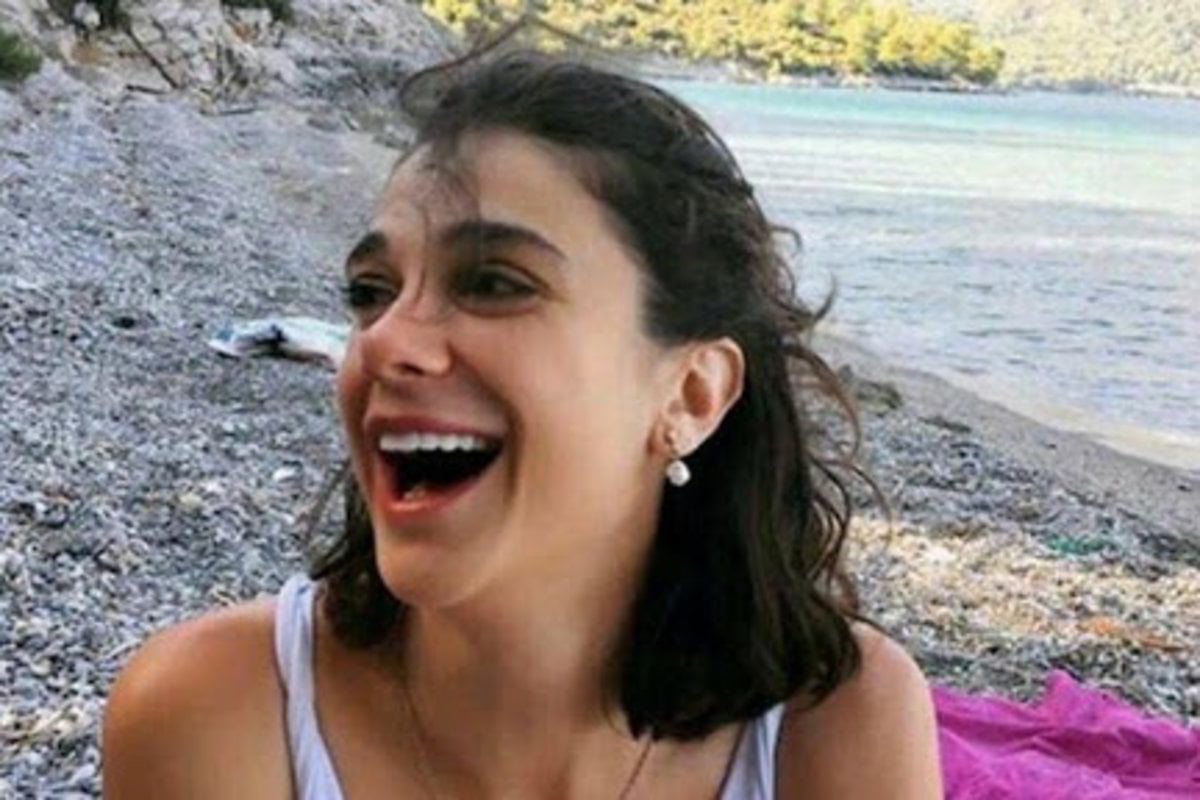 On July 16, a Thursday, 27-year-old Pinar Gültekin left her flat in Muğla. It was warm, edging past thirty degrees - the middle of summer in Turkey.

Speaking to her sister Sibel at around 3pm, the university student said she was planning on going shopping.

Not long afterwards, Sibel tried to call her again, but her phone appeared to be off. It struck her as unusual. The afternoon, and then the evening, wore on. Still, no one could reach Pinar.

Along with her mother Şefika Gültekin, Sibel travelled to Muğla and reported her sister missing.

Hours passed, and then days. There was still no sign of her. Police decided to look through CCTV footage taken inside the shopping centre, and soon, they recognised Pinar.

She was with a man.

At first, Cemal Metin Avci denied any knowledge of the woman's whereabouts. But once police showed him the CCTV footage, he not only admitted to seeing her that day, but confessed to her murder.

Cemal directed police to an oil drum hidden in a forest in the Menteşe area. Inside it, was Pinar's burned body.

As is often the case, 32-year-old Cemal was no stranger to Pinar. He was her ex-boyfriend. Now married and a father-of-one, Cemal had allegedly decided he wanted to resume his relationship with Pinar. That day, it is alleged that they met at his work place, and then visited his country home, but once Pinar rejected his advances, he strangled her to death. He has since been arrested on the charge of "killing with monstrous feeling".

Cemal was also captured on CCTV purchasing cans of fuel from a local petrol station. In order to conceal Pinar's body, Cemal told police that he moved the container with her body inside to the forest and poured concrete mix over the top.

On Tuesday, July 21, Pinar's family learned what had happened to their daughter.

Speaking at her funeral last week, Sidik Gültekin, Pinar's father said: "I am calling out to the whole of Turkey from here: enough is enough."

"Are we supposed to assign a guard to accompany every single girl student in Turkey?" he continued. "Can't a girl student go and study in a province where she wants? It is an atrocity. I am at a loss for words, I really am."

In 2019, 474 women were murdered in Turkey. Most of those women were killed at the hands of partners or relatives. It was the highest number in a decade, indicative of a rise in numbers year on year. It is expected that the figures for 2020, with coronavirus lockdowns and additional social and financial pressures, will be even higher.

Protests have erupted all over the country. Many are demonstrating against the Turkish government's consideration to withdraw from the Council of Europe's 2011 Istanbul Convention, which commits to preventing and combating violence against women.

As it stands, men who are convicted of murder, and say they acted on impulse, or who are understood to be religious, are oftentimes handed reduced sentences. The leniency with which perpetrators are afforded is a central concern for groups like We Will Stop Femicide.

A social media campaign began on Twitter, with users sharing an image of Pinar accompanied by the word "enough".

And then, sometime after July 21, came the black and white photographs.

According to New York Times journalist Taylor Lorenz, the trend of sharing black and white selfies actually started as part of a Brazilian chain-mail message and was first reported on July 17. Others have drawn a link between the #ChallengeAccepted movement and Alexandria Ocasio-Cortez's feminist speech on the House floor last week. But what we also know is that a few days ago, the same trend was adopted by a Turkish campaign to highlight the epidemic of violence against women.

The American University Turkish Cultural Club shared a now viral Instagram tile that reads: "I see many of my non-Turkish friends sharing black and white photos of themselves as a 'challenge' but not knowing the reason or origin behind it..."

"Turkish people wake up every day to see a black and white photo of a woman who has been murdered on their Instagram feed, on their newspapers, on their TV screens.

"The black and white photo challenge started as a way for women to raise their voice. To stand in solidarity with the women we have lost. To show that one day, it could be their picture that is plastered across news outlets with a black and white filter on top."

In a feed of black and white women, smiling and sharing and tagging, perhaps a link to femicide and domestic violence is a useful one.

While the sisterhood is lovely and being inspired by the women around us is a heartwarming sentiment, it is not the most pressing battle we ought to be fighting.

One in three women around the world have experienced physical or sexual violence.

In 2017, it is estimated that 87,000 women were intentionally killed globally - more than half of those by an intimate partner or family member. That means that 137 women are killed by a member of their own family every day.

So far this year, 30 Australian women have been killed by violence. Statistically speaking, we can expect 32 more.

For all we know, the next woman's name we hear, killed by someone who was meant to love her, will have shared a black and white photo of themselves, with a few hashtags about empowerment.

There is nothing wrong with the sisterhood.

But let's use it to do something more meaningful than nominate each other to share selfies.