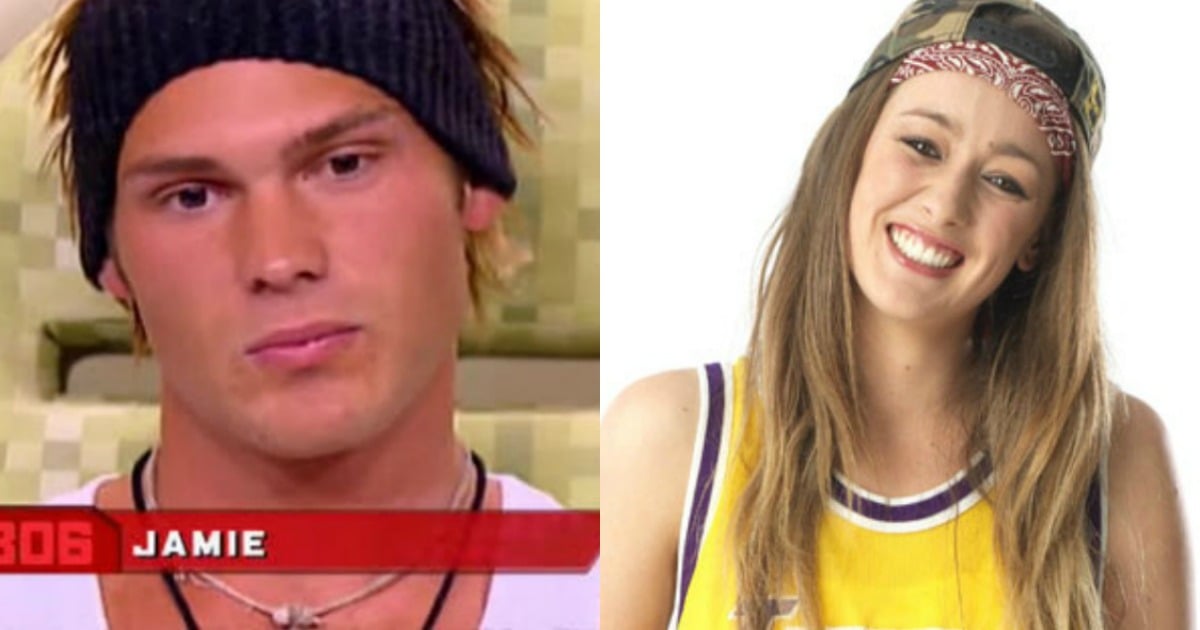 It saturated our pop culture scenes and was one of the most popular reality television shows our country has yet seen. And while some of it’s famous alumni have continued in the public eye like that of Chrissie Swan and Ryan Fitzgerald, where are all the others at?

Since claiming the third series and a $250,000 prize in 2003, Reggie Bird has been open and transparent about the struggles she's encountered. As recent as March of this year, the mother-of-two appeared on Studio 10 where she spoke about going legally blind and how it has crippled her.

Since leaving the Big Brother house and experiencing national fame, Reggie has lost most of her winnings - some of which to a conman - has been divorced twice and been forced to navigate her son's battle with Cystic Fibrosis.

Merlin most famously made headlines in 2004 when he, after 43 days in the house, put a strip of black tape over his mouth and held up a sign that said ‘Free the refugees’ after being evicted. In an interview with news.com.au in 2016, Merlin said his life looks a little different now.

"I have a beautiful wife and we have a four-year-old son and two-year-old daughter together. I work for the largest enterprise cloud technology company in the world, leading a team of specialist account execs," he said.

Appearing in season two of the show, Jess and Marty fell in love in front of the entire nation. They married in 2004 in their own spin-off reality TV show called Marty & Jess: An Outback Wedding. However, 15 months later the pair were divorced. Jess moved on to a career in radio and studied law, and also appeared on another reality show, Dating in the Dark.

Marty went on to remarry and have three kids, and now runs his family farm.

Like many fellow reality TV constants, Estelle Landy found overnight fame on Big Brother as the snowboarding runner-up. A quick squiz at her social media and it appears Estelle is still snowboarding and writes on her own blog. Just over a year ago, 27-year-old Estelle told old Nova 100's Chrissie, Sam & Browny that she had struck up a friendship with Justin Bieber, saying he is one of the "nicest people [she's] ever met". "He's so real, he truly is so kind," she said at the time.

In 2014, Big Brother‘s Cat and Lawson were all anyone could talk about with the entire nation dubbing them Clawson. 23-year-old Lawson cheated on his long-term girlfriend with 31-year-old Cat in the house, prompting quick and fierce public backlash.But Instagram tells us that two and a half years on, they're still together. Lawson's grown his hair, Cat posts arty photos on Instagram, and they're very much still in love.

Blair McDonough has had some considerable success since leaving the Big Brother house, joining the cast of Neighbours shortly after his reality TV tenure came to an end. Since then he’s appeared in TV shows including Sea Patrol, Winners & Losers and Heartbeat. Now, he is joining the cast of Home and Away in a guest role, as announced by Channel  7 last month.

Saxon appeared on our TV's in 2003 when he appeared as a contestant on Season Three (which was eventually taken out by Reggie Bird) of Big Brother. He was a fresh faced, 19-year-old teenager, who went on to last a whopping 57 days in the house. After Saxon left the house, he was rumoured to be in a relationship with Gretal Killeen. However, it's a rumour he denies.

Today, he works as an e-commerce manager at Surfstich, and dated former Bachelor-alum Sarah Mae Louise (who also happens to be close friends with former Bachelorette Sam Frost.)

Tully created quite the stir when she was in the Big Brother house in 2013, engaging in a relationship with Drew while her girlfriend watched on at home. Since then, she's broken free of the controversy that enveloped her eviction, carving quite a career for herself as a social media influencer, boasting more than 220,000 followers on Instagram.

Who could forget Sara-Marie, in all her bum-wiggling and bunny-eared glory? After appearing on the first series of the show, Sara-Marie did a few media appearances including on Dancing With The Stars and Celebrity Survivor. In the years since, she has faded from public view. The HIT Network report that she began working in retail and childcare. In 2010 she became a plus-sized model for BGM in Sydney, but now is back living in Western Australia and works in the mines.

Jamie won Big Brother's 2006 season, which was home to the now infamous "turkey slap". In an interview with news.com.au last year, Jamie said he poured all his winnings straight into property when he moved to Melbourne.

“I moved to Melbourne and started a second degree. I really wanted to be seen as not making an effort to be famous," he told the news outlet. Now, he works for a Melbourne property developer.

Love TV? You need to check out our TV podcast.

I forgot quite a few of these people! Ah the old big brother days....almost makes me miss it. It's a shame that when Merlin asked for the refugees to be free all those years ago it didn't make a difference. And that today we are still waiting for that!