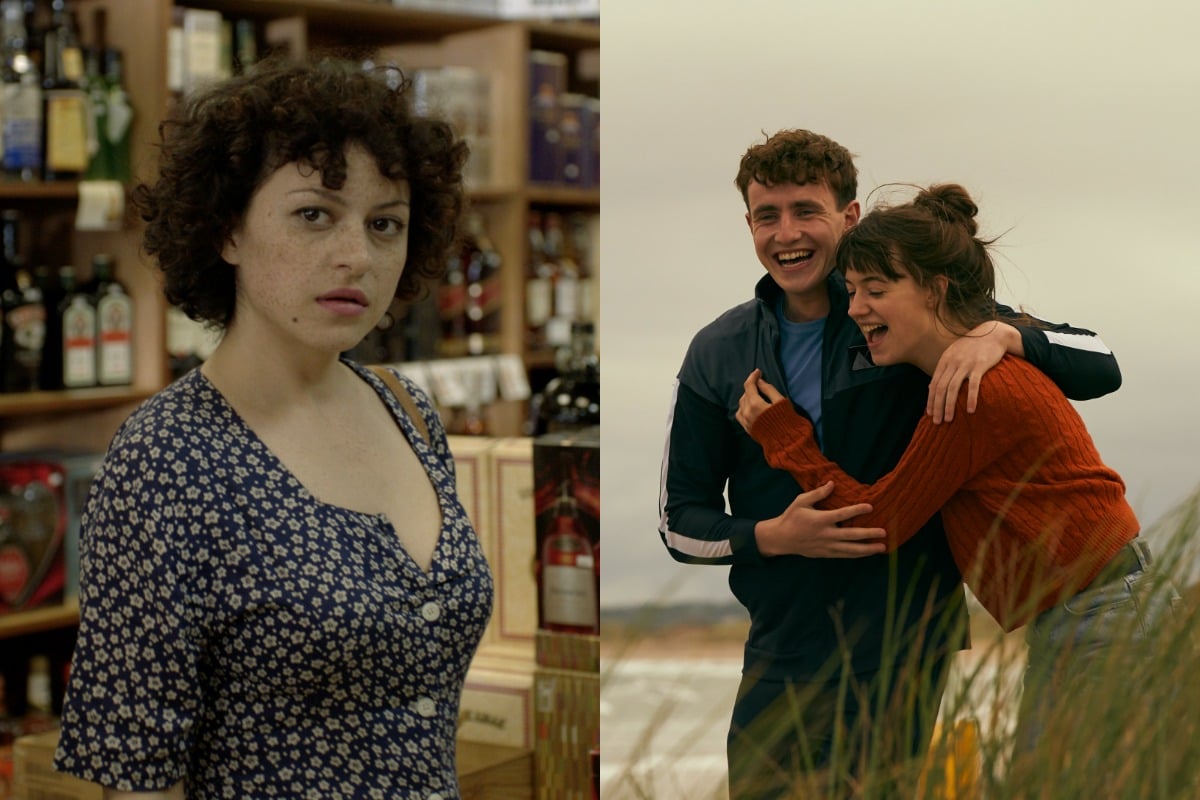 In the age of streaming services and endless TV show choices, finding a show to watch with your partner can be a bit of a challenge.

Whether it be a late night crime series, a feel-good comedy or an addictive reality TV show, deciding on a series that you both like and actually agree on can take some time.

And let's face it, choosing a show that you'll devote the next few weeks of your life watching (and re-watching when you sneakily skip ahead) is a pretty big commitment.

Watch the trailer for the new Stan Original Film I Am Woman, premiering on the streaming service this month. Post continues below.

So to put an end to the indecision and make your life a little bit easier, we asked the Mamamia community to share the best TV shows to binge watch with your partner on Stan.

"It's just a really funny and clever show with characters that are relatable and endearing. My husband and I rarely agree on shows but this was a rare one we did." - Crystal.

The comedy series follows a successful radio host who finds himself dating again for the first time in 10 years after his long-term girlfriend had an affair with his best friend. 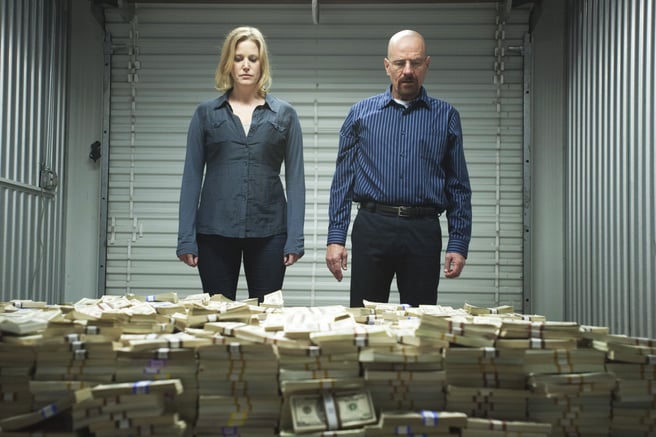 "My partner and I are watching Breaking Bad as our nightly/three times a week TV show to watch before bed. I missed the boat for Breaking Bad when it first came out and he never finished and can't remember what happened." - Jessica.

The hit series follows Walter White who, after being diagnosed with terminal lung cancer, transforms from a law-abiding high-school science teacher into a ruthless key player in the crystal methamphetamine drug trade.

"We have watched the entire series together... twice. It's hilarious, easy to watch, and we recommend it to absolutely everyone." - Jess.

The American political satire sitcom centres around Leslie Knope (played by Amy Poehler), who is an idealistic and ambitious mid-level bureaucrat working as the deputy director of the Parks and Recreation Department in Pawnee, Indiana. 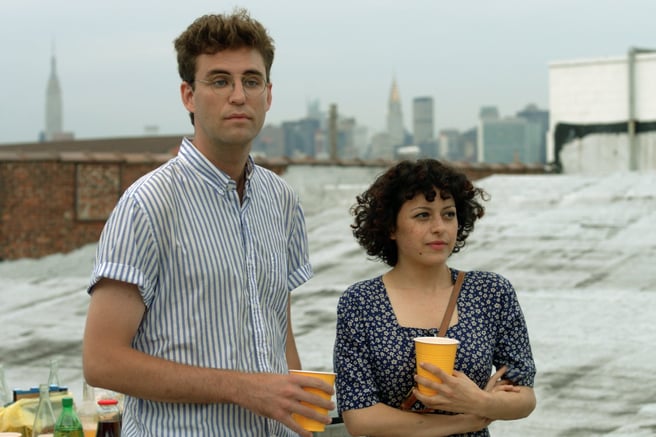 "It’s funny, thrilling and genuinely has something for everyone. And the episodes are 23 minutes long so you just watch four in a row and it feels very satisfying." - Adam.

Search Party follows a group of four privileged young adults who become involved in a death and are forced to cover it up. The series stars Alia Shawkat (Arrested Development) who is also a producer, John Reynolds (Stranger Things), Meredith Hagner (Younger), John Early (Bad Neighbours 2) and Brandon Micheal Hall (God Friended Me). 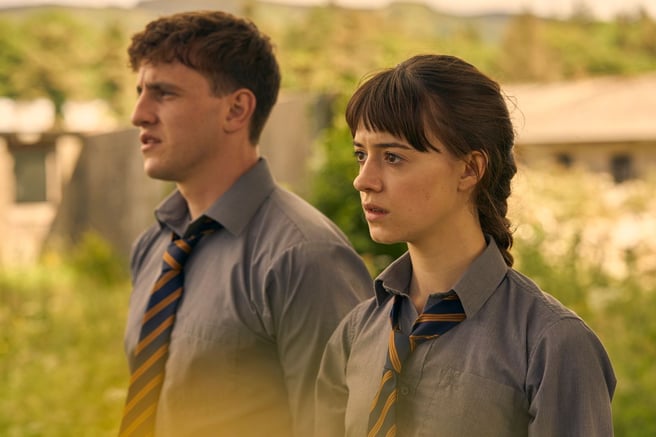 "My boyfriend was hesitant to watch Normal People with me, but I put it on when he wasn't focused and when I turned it off after the first episode, he wanted to know why we weren't still watching. Such a good show to watch in winter on a rainy day and is quite a quick binge." - Emma.

By now you probably would have heard of the hit series Normal People based on Sally Rooney's New York Times best-selling book of the same name. The series follows the lives of two young Irish people, Marianne and Connell, who come from completely different upbringings and just can’t seem to stay away from one another as the years pass.

"My boyfriend forced me to watch Sons of Anarchy after all the rom coms I've put him through and I was extremely hesitant. But after the first few episodes, I was hooked. It has romance, murder and plenty of drama to keep you on your toes. I now get so excited when we have time to watch it." - Charlie.

Sons of Anarchy is an epic family crime drama centreing on Jax Teller. Jax struggles to find a balance between keeping his immediate family safe and his allegiance to his motorcycle gang, who are involved with gun-running in the western United States and face off against rival gangs and police. 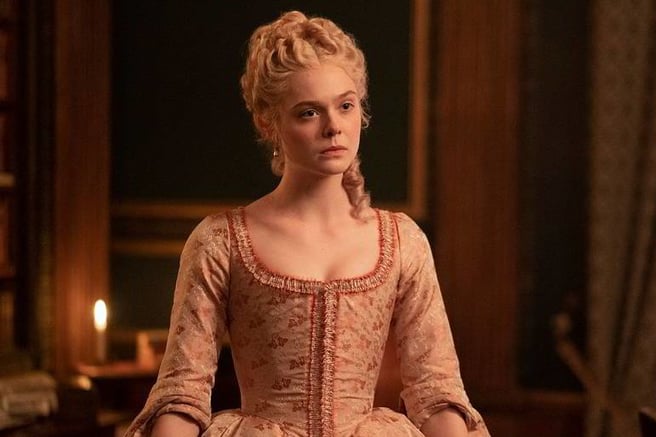 "It's really entertaining and an interesting take on historical events." - Alana.

Written and created by Oscar-nominated Australian writer Tony McNamara and starring Elle Fanning and Nicholas Hoult, The Great follows the life of Catherine – an idealistic young girl who arrives in Russia for an arranged marriage to Emperor Peter. The fictional comedy series sees Catherine go from an outsider to the longest reigning female ruler in Russia's history.

"It’s a great comedy and is an easy watch. It has everything you want; romance, comedy, real talk, and it’s very relatable." - Emily. 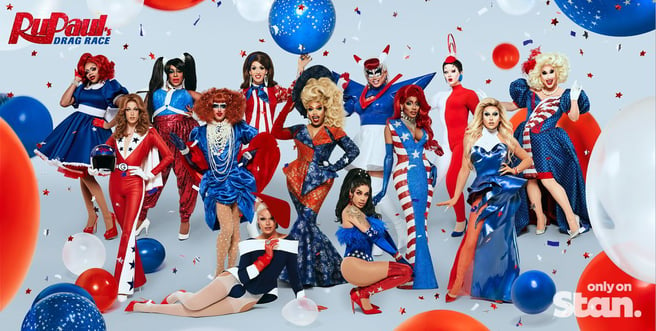 "I was watching it once on the couch whilst my boyfriend was on his laptop next to me. I fell asleep after a while and when I woke up, he had closed his laptop and was lip syncing along with the queens. He now watches it with me and his current fave is Rita Baga from Canada's Drag Race." - Maddie.

Hosted by RuPaul, the Emmy-winning show follows a group of drag queens who compete for the title of "America's Next Drag Superstar".

"My husband was surprisingly into Younger. They're very short episodes (from memory), really funny and a fair few seasons so easy to binge." - Alana.

The much-loved series, Younger is based on the novel of the same name by Pamela Redmond Satran, and stars Sutton Foster as Liza Miller. Liza is a 40-year-old woman who poses as a 26-year-old in order to re-enter the book publishing industry after she finds herself divorced and bankrupt in New York City.

"Claws! Light-hearted but dark comedy. Based around a nail salon but not too girly." - Katja. 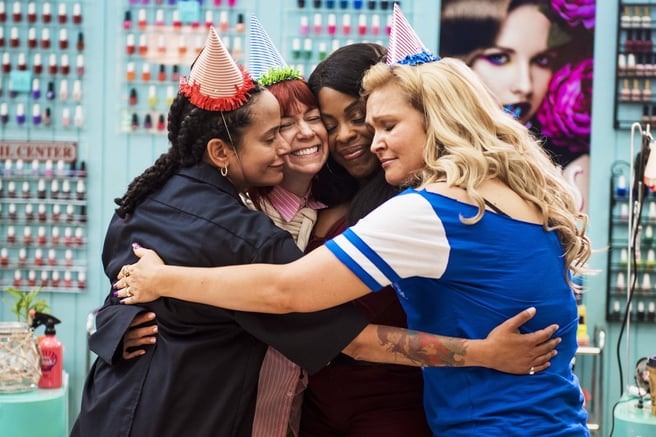 The drama series is set in 1960s New York and centres around the lives of men and women of Madison Avenue advertising.

"We enjoyed the first three seasons of Underbelly (Underbelly, A Tale of Two Cities and The Golden Mile). It was a good mix of action and drama to keep us both interested, plus it has a heap of our fave Aussie actors in it!" - Jordan.

The Aussie crime drama series explores the key players in Melbourne's criminal underworld, including the Carlton Crew and Carl Williams. 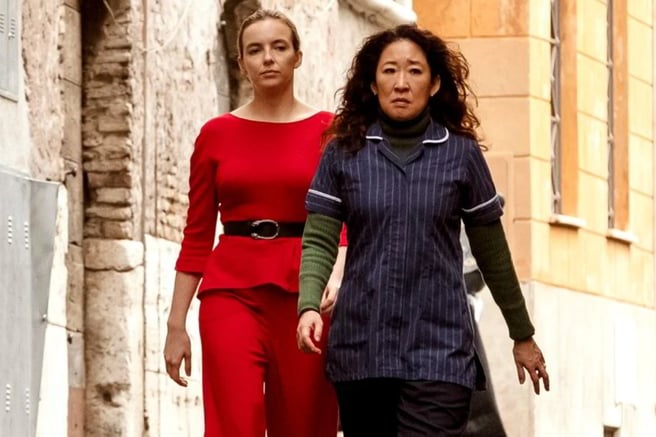 "Killing Eve for sure, we struggle to find good tv we both like, but we persevere as we love watching together." - Jane.

The award-winning series centres on an international cat-and-mouse game between MI5 agent Eve Polastri (played by Sandra Oh), who is recruited for an off-the-books mission and Villanelle (played by Jodie Comer), a skilled yet psychopathic assassin. The two women are bound by a mutual obsession and one brutal act. 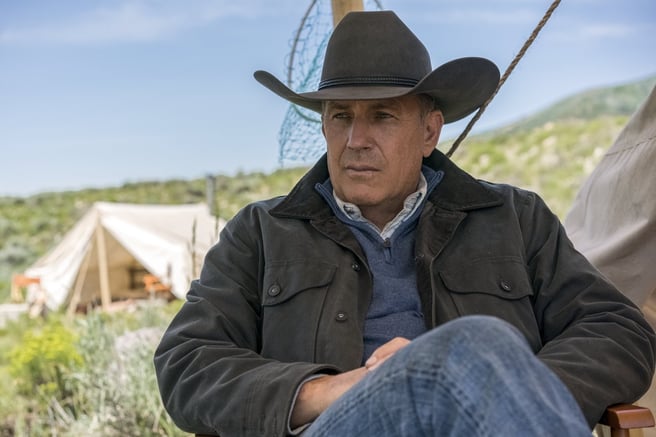 "Best series my husband and I have seen in a long time. Covers love, loyalty, complex family history and relationships, deceit, power, greed and the most amazing cinematography, the landscapes are just beautiful! The main actors are a joy to watch." - Danyel.

Yellowstone stars Kevin Costner as John Dutton, the head of the sixth generation of the Dutton family to run Yellowstone Dutton Ranch, the largest contiguous ranch in the United States. A piece of family history that is often on the brink of being lost to the Duttons due to land developers from the rapidly expanding nearby town, the need to protect the nearby Indian reservation and the United States of America’s first national park.

What's your favorite TV show to watch with your partner on Stan? Let us know in the comments below.