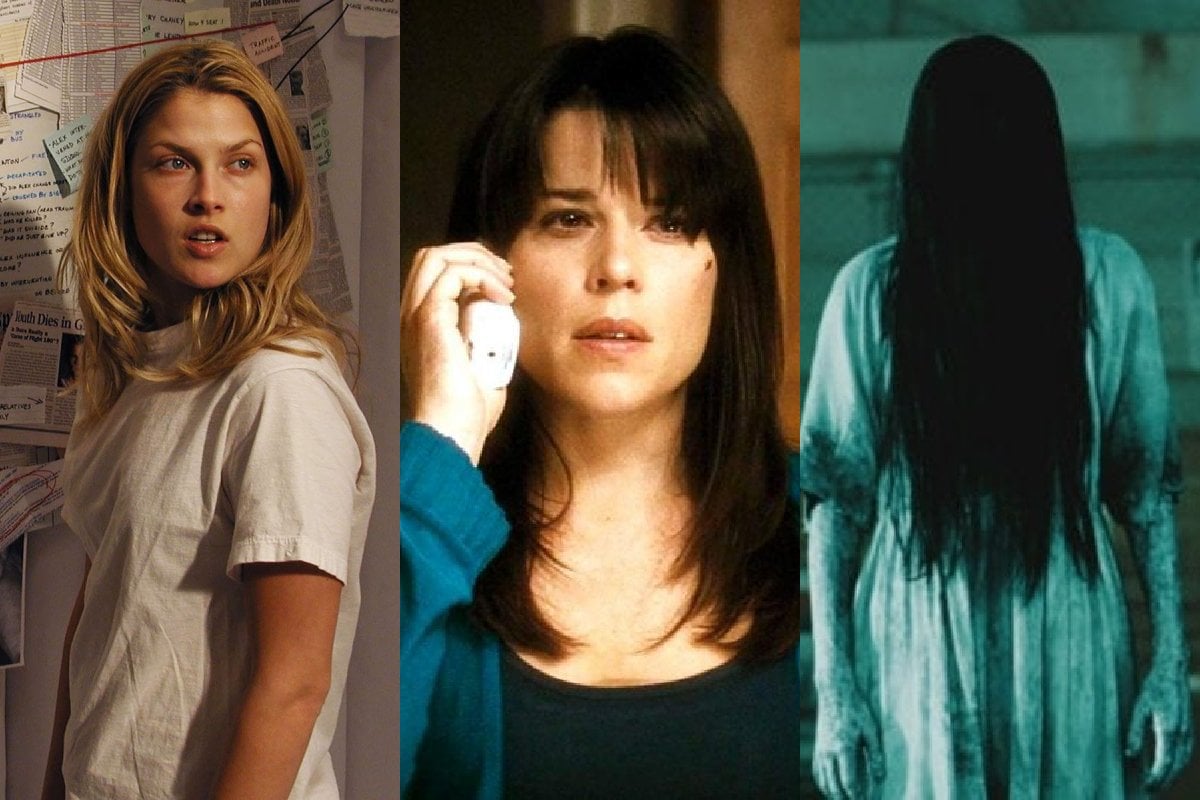 Not for the costumes nor the parties nor the trick or treating.

But for the 'fun size share packs' of mini chocolate bars that are always on special at the supermarket at this time of year and the... scary movies.

As a product of the 80s/90s, and the youngest of three kids, I grew up on scary movies.

Pennywise The Clown from IT seemed like your average friendly neighbourhood clown to me. I thought Freddy Kruger was hilarious. The Scream franchise was the best thing that ever happened to me. Like why am I weirdly attracted to Matthew Lillard?

Anyhoo, it's Halloween this weekend, so it's about time we all stocked up on mini chocolate bars and watched preppy high schoolers get murdered in all sorts of creative ways.

To help you sort out your Halloween plans, here are the best horror movies on Stan:

A Nightmare on Elm Street (The collection) 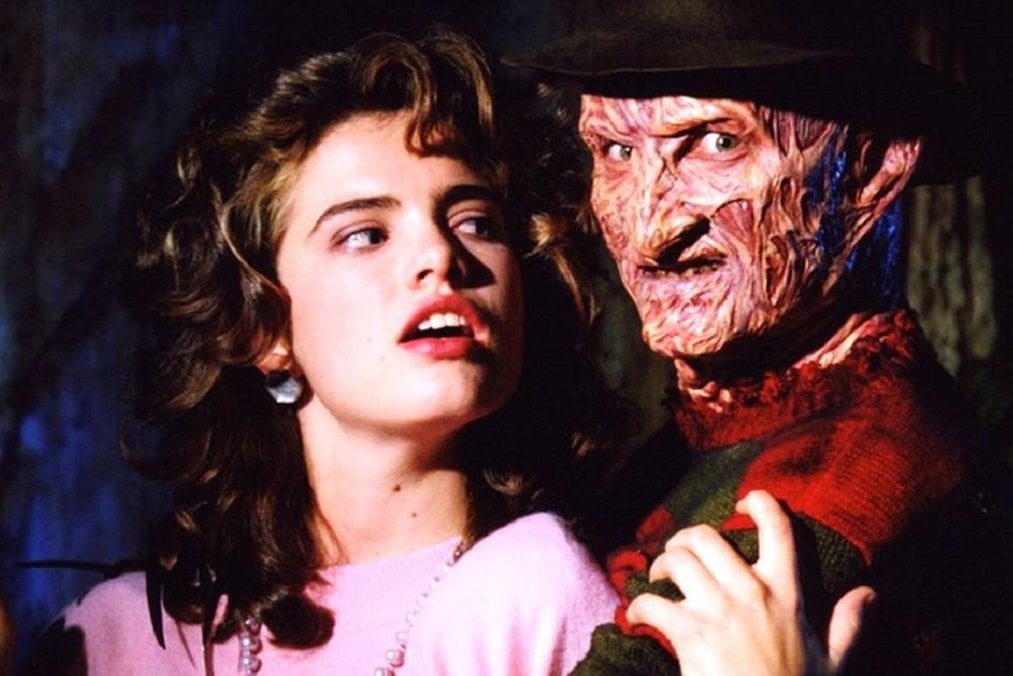 Here's the thing about the Nightmare on Elm Street franchise, it's really silly. And a lot of fun.

Written and directed by the king of horror, Wes Craven, the first movie follows the story of four teenagers living in the fictional town of Springfield, Ohio.

They later find out what happened to Freddy and why he is so determined to kill the kids of Elm Street.

Like all good horror franchises, all the parents are absent bordering on neglectful, and no matter what they throw at him, Freddy WILL NOT DIE.

Meaning there are a bunch of movies in the franchise, and they're all available on Stan! 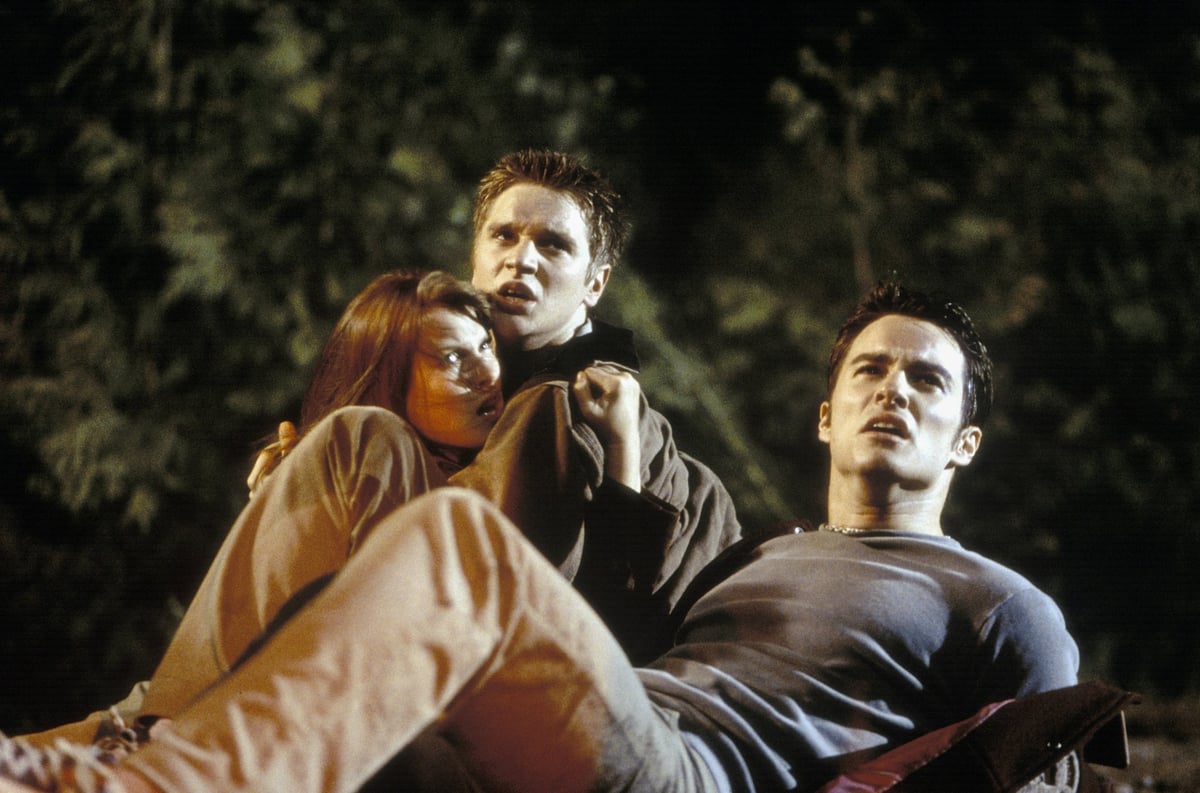 Ah yes, the movie franchise that a made an entire generation terrified of driving on the freeway behind a lorry carrying a load of logs.

Written and directed by James Wong, the first film follows the story of Alex Browning (Devon Sawa), who has a premonition that the plane he's about to board for a school trip is going to crash.

Once on the plane, he screams to warn the others, but is thrown off the flight with five other students.

They watch from the boarding area as the plane explodes shortly after takeoff and the rest of their classmates are killed.

They think they've escaped death but then death... comes after them.

This is a bloody good franchise which has spawned many sequels and remakes.

I would recommend watching the original Devon Sawa movie and the sequels, and skipping the remakes, as no one does teen horror quite like the 90s/early 2000s. 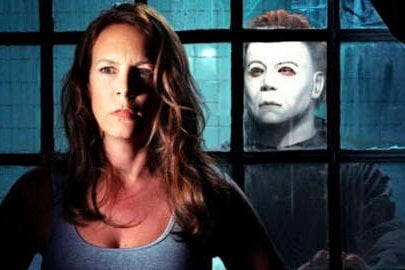 Halloween is the longest running horror movie franchise of all time.

It started back in 1978 with the original film, simply titled Halloween, and the latest instalment of the franchise Halloween Kills was released in cinemas just this month.

On Halloween night in 1963, six-year-old Michael Myers brutally murdered his 17-year-old sister, Judith. He was sentenced and locked away for 15 years. But on Halloween 1978, during a prison transfer, Michael escapes. He returns to his hometown determined to track down his other sister Laurie Strode (Jamie Lee Curtis) so he can kill her too.

They're locked in this "he wants to kill her/she wants him to just die already" tug of war for the next four decades, with many a sequel and remake.

If you're not sure whether Halloween (the greatest horror movie franchise of all time) is for you, I recommend watching Halloween H20 first.

In the 2002 movie, Laurie is a middle-aged mum to son John (Josh Hartnett) when Michael once again escapes and comes after her.

It's got all the elements of its predecessors but with added... 90s teen heartthrob. 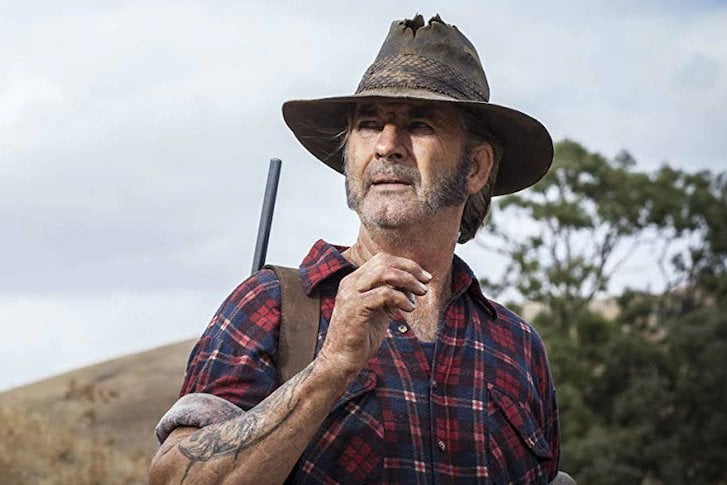 Look, Wolf Creek was probably terrible for Australian tourism but it's a bloody good horror franchise.

The first movie follows the story of British tourists Liz Hunter (Cassandra Magrath) and Kristy Earl (Kestie Morassi) and their Australian friend Ben Simmons (Nathan Phillips), who are travelling across Australia from Broome to Cairns.

After taking in the view at Wolf Creek National Park, they return to their car to find it won't start.

Luckily, a nice local man named Mick Taylor (John Jarratt) offers to tow their car back to his property and fix it.

The only problem is Mick is a bit of a... serial killer.

The Ring and The Ring 2

Sometimes when I'm having a really bad hair day, I just pretend I'm a small child who died an untimely death so now I emerge out of TV screens occasionally and murder people. I'm cursed, goddammit, because of my tragic backstory and it's not my fault.

The Ring is one of those horror movies that sticks with you.

It stars Naomi Watts as newspaper reporter Rachel Keller, who hears about a videotape filled with nightmarish images that leads to a phone call foretelling the viewer's death in exactly seven days.

She thinks it's bullsh*t, of course.

But after four local teenagers die in one week, Rachel decides to look into the video and its origins. 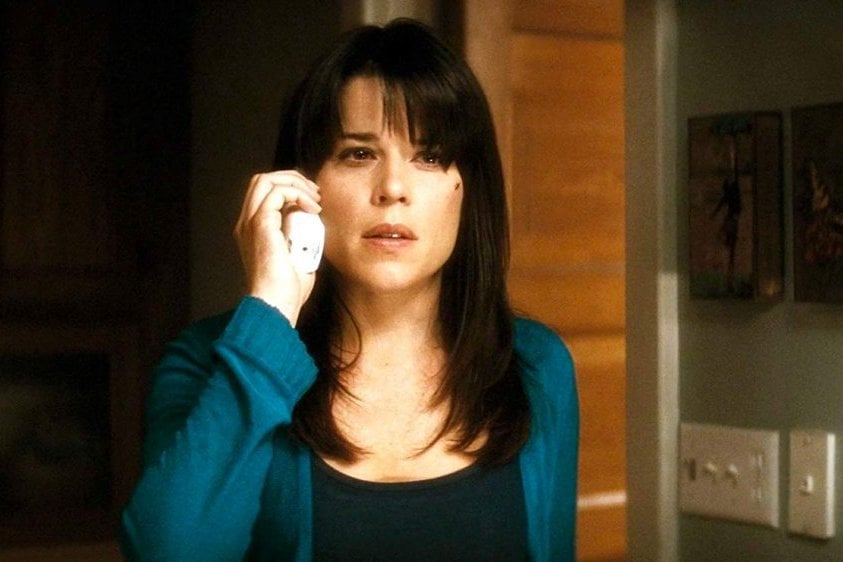 It was self-aware, at times corny, and packed full of plot twists.

Set in the small, fictional town of Woodsboro, the first movie focuses on the story of Sidney Prescott (Neve Campbell).

A year prior, Sidney's mum Maureen was brutally murdered by her lover, Cotton Weary. With Cotton behind bars, Sidney's life is just getting back to normal when a masked killer the locals have named 'Ghost Face' starts picking off high schoolers.

The second movie is set at Sidney's college, and in the third movie Sidney is living a reclusive life, cut off from the world, to protect herself from the never-ending... Ghost Faces.

The next instalment of the Scream franchise is due to hit cinemas in January 2022, so you'll want to catch up/re-watch the originals before then.

The Cabin in the Woods 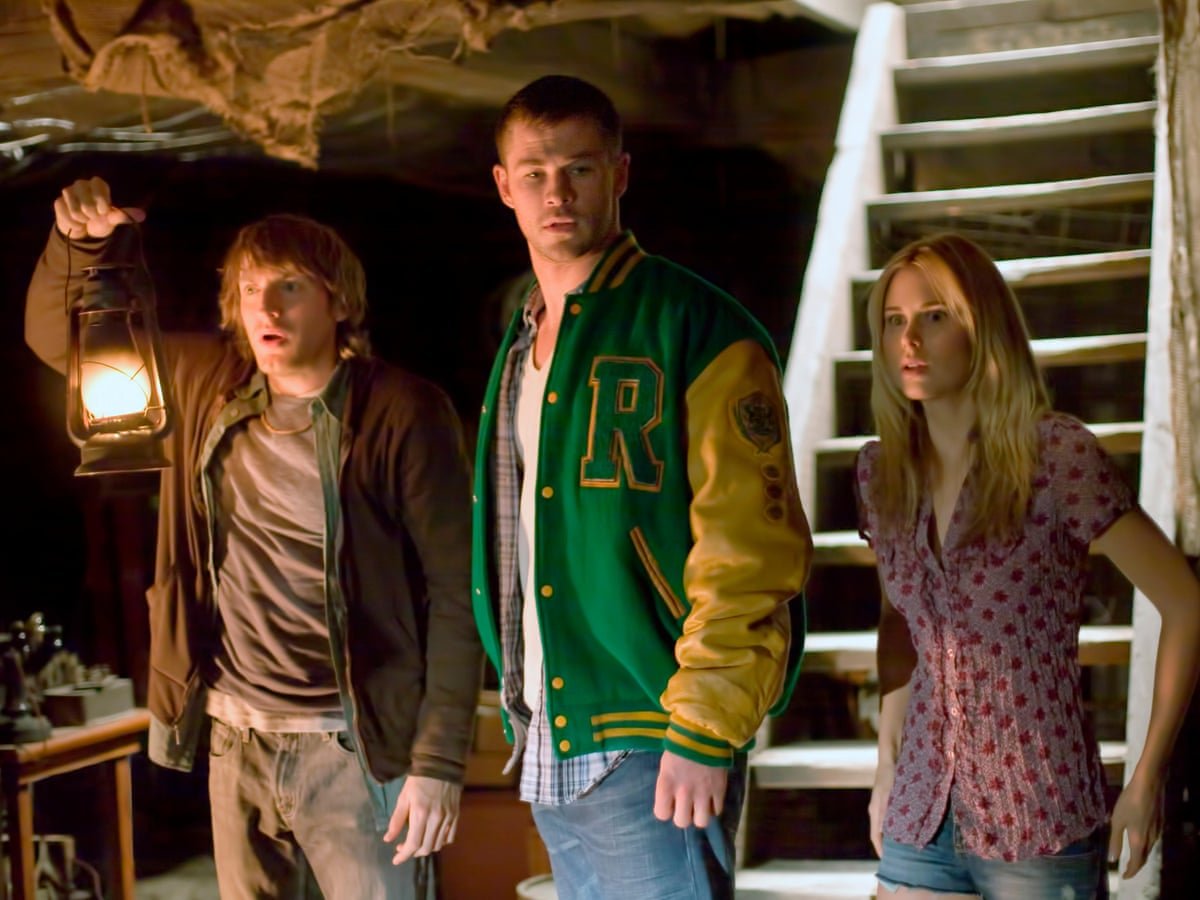 Ok, this is both a horror movie and a dark comedy.

A bunch of college students head to an isolated cabin in the woods for a boozy weekend away.

Not long after they arrive, they discover some weird sh*t in the basement and then are attacked by a bunch of inbred hillbillies.

But nothing is quite what it seems. 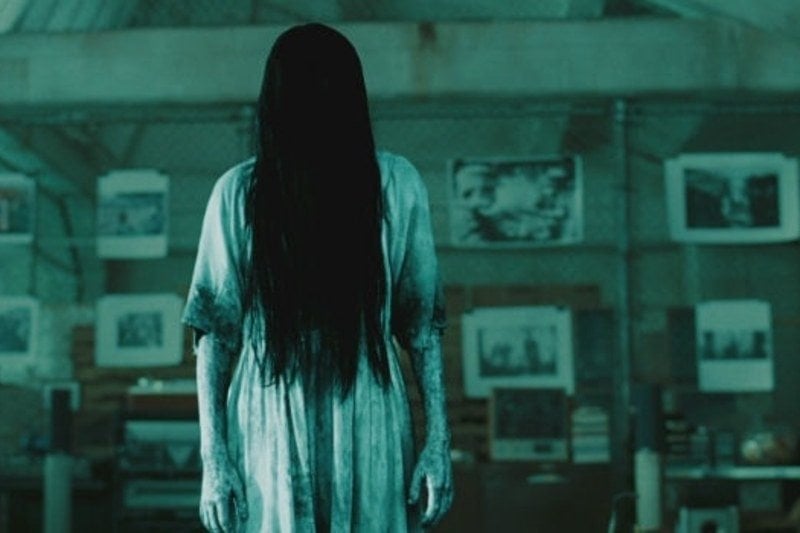 She's holding a grudge, and she also needs the number of a good hairdresser.

The Grudge came out around the same time as The Ring and it is also about a girl with long dark hair doin' a haunt.

When Karen Davis (Sarah Michelle Gellar) moves to Tokyo, she encounters supernatural spirit that possesses its victims. After a series of horrifying deaths, Karen vows to stop 'The Grudge' from killing anyone else.

I mean, it doesn't work because there's also a Grudge 2 (also on Stan!) 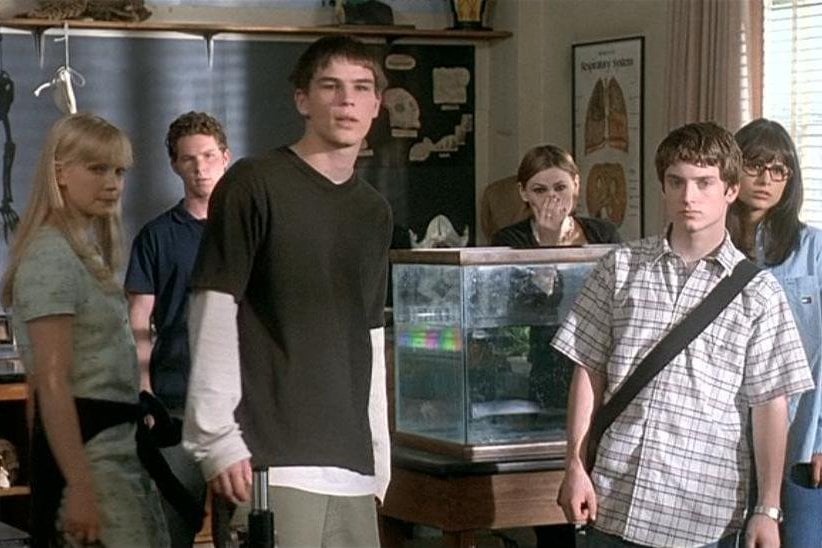 The 1998 sci-fi horror follows a bunch of high school students (Josh Hartnett, Elijah Wood, Clea DuVall and more!) who notice that their teachers are acting bizarrely.

Soon, it's them against... the faculty.