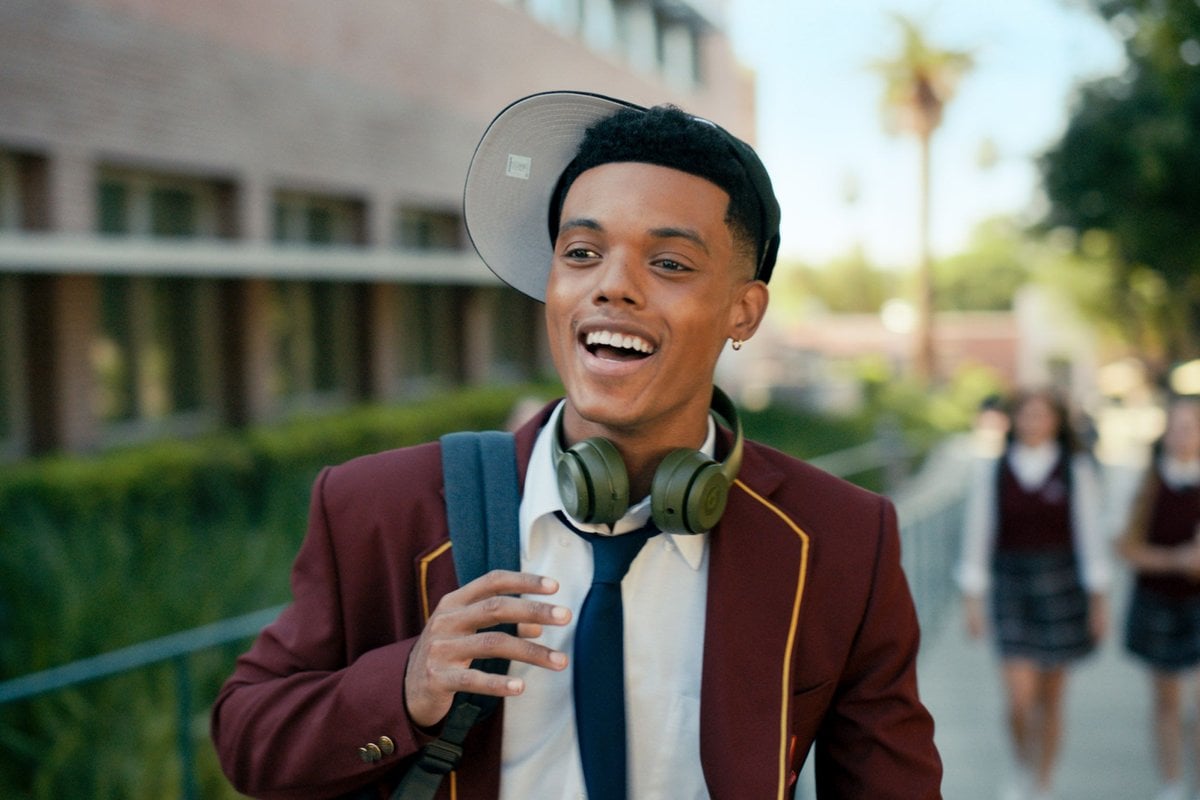 In 2019, independent filmmaker Morgan Cooper uploaded a trailer to YouTube.

The trailer was for a fictional show, a re-imagining of the hit 90s sitcom, The Fresh Prince Of Bel-Air, as a drama called Bel-Air.

The trailer immediately went viral, and it soon caught the attention of Will Smith, who would eventually go on to partner with Cooper to make Bel-Air a reality.

And now the first season of Bel-Air is streaming only on Stan.

Watch the trailer for Stan's Bel-Air. Post continues after video.

This re-imagining is not at all like the original. While The Fresh Prince was packed full of one-liners and heartwarming moments, Bel-Air is far grittier and darker, like the teen dramas we've come to know and love over the past two decades.

Below I unpack what Bel-Air is about and give my verdict on whether you should watch it:

What is Bel-Air about?

At the start of the series, teenager Will Smith (Jabari Banks) is living with his mother Vy (played by April Parker Jones - she has personally become my favourite character so far) in West Philadelphia when he is caught in a brawl that ends with him shooting three bullets into the air and later pointing the gun at the instigator. 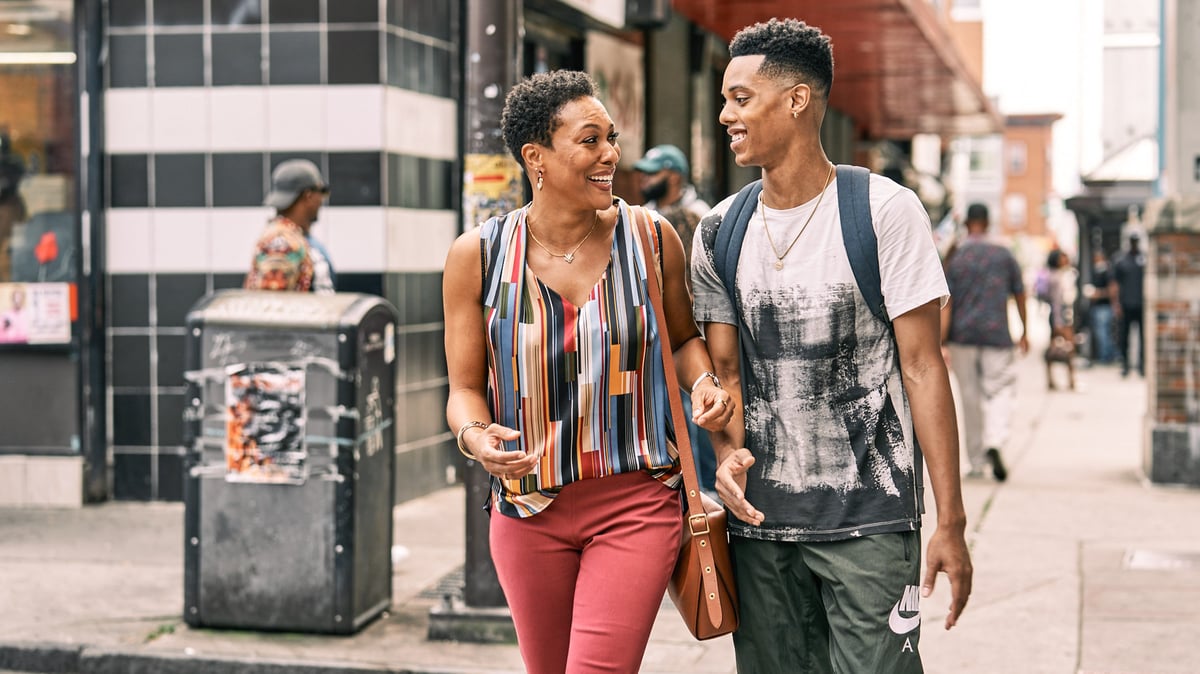 April Parker Jones and Jabari Banks as Will and Vy in Bel-Air. Image: Stan.

After being arrested, Will somehow avoids real prison time (we will come to learn this is because of his Uncle Phil).

Then - just like in the original Fresh Prince - he is sent to live with his obscenely wealthy aunty, uncle and three equally obscenely spoilt cousins in Bel-Air.

Like in the original series, Will has to adjust to his new family, and settle into his new school, all while feeling like a bit of an outsider. It's kind of like when Ryan Atwood first turned up in Orange County.

Opportunity to revisit an old fave with a new look.

The drama and to watch rich people being problematic. 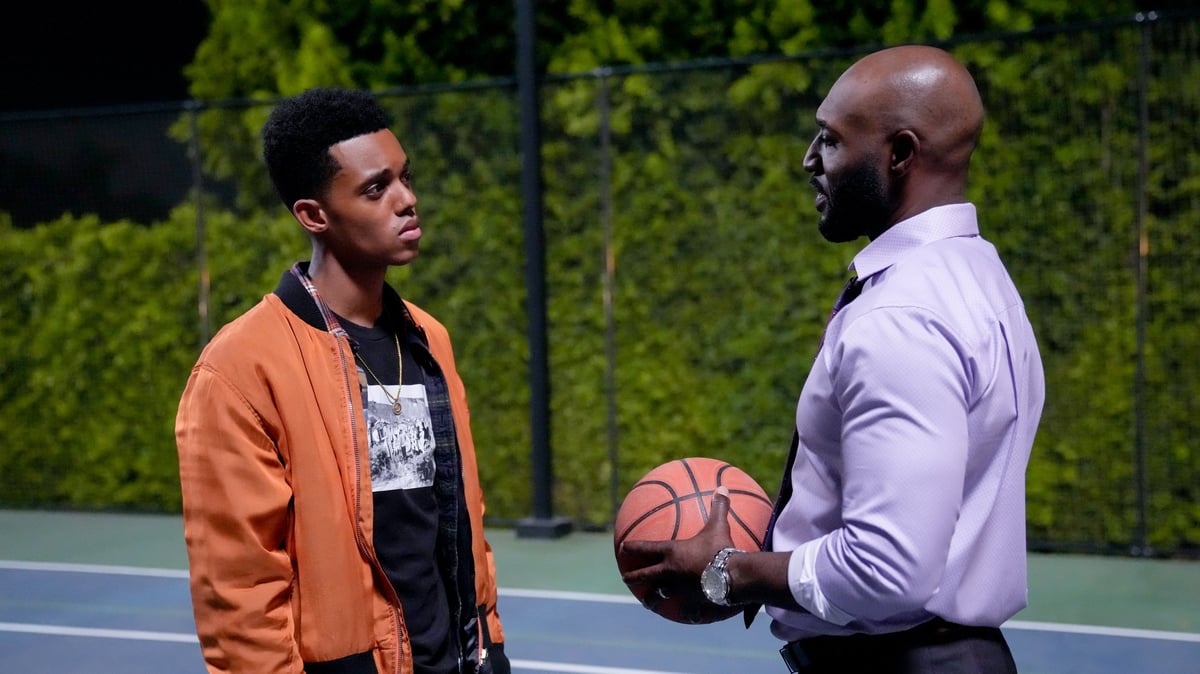 Jabari Banks and Adrian Holmes as Will and Uncle Phil in Bel-Air. Image: Stan.

It combines the grittiness of Euphoria with the soapiness of The O.C.

Each episode runs for about an hour and there are 10 episodes in the first season.

The first three episodes are streaming only on Stan now, with new episodes dropping weekly on Fridays.

Bel-Air is a gritty retelling of a familiar story that so many of us fell in love with back in the 90s.

It examines racism, what happens when teenagers have more money than they can handle, and the reality of being Black in America, all through a modern lens.

Although it deals with some heavy topics, Bel-Air is a compelling watch that will leave you wanting more.

The first season of Bel-Air is streaming only on Stan now.