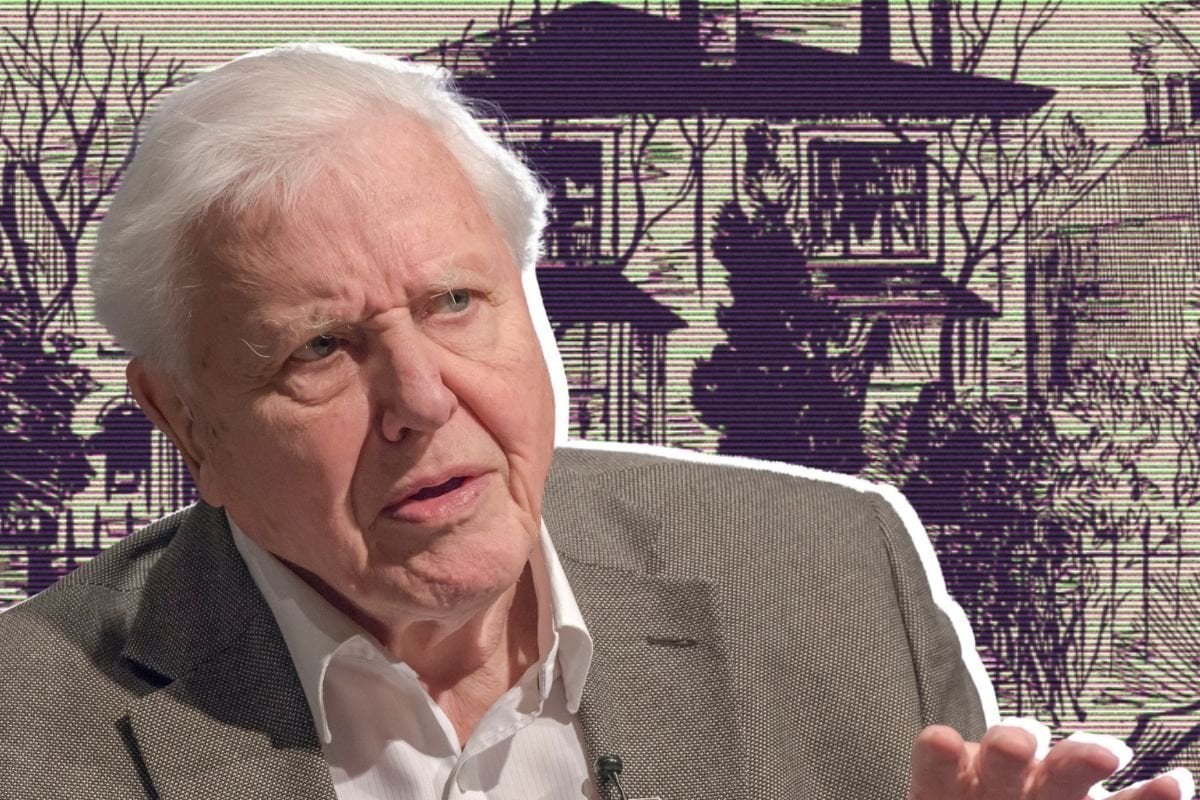 It was around 6:45 am on March 5, 1879, when London coalman Henry Wigley spotted a box in the River Thames.

The tide was ebbing, leaving it half afloat near the shoreline just south of the Barnes Railway Bridge in Richmond.

It was the kind used for hats or bonnets. He kicked it. It was full. Heavy. Inside was something, he later told a court, resembling "cooked meat".

Five days later, roughly seven kilometres away, a servant set to work removing a pile of dung on his employer's property. He steadily dug through, wheeling it away, until he struck something within. A foot, severed at the ankle, seemingly not all that long ago.

Watch: For more stories like this, delve into Mamamia's podcast, True Crime Conversations - which you can watch the trailer for, here. Post continues after video.

The gruesome details of the "Barnes Mystery" or "Richmond Murder", as it was known, played out in the papers and fast became one of the most infamous crimes in Victorian England. Within months, readers had answers to major questions. Were these human remains linked? Who did they belong to? How was the victim killed, and by whom?

But another 131 years later, the case was hauled into the headlines yet again by another chance discovery in the garden of the legendary naturalist, Sir David Attenborough.

The murder of Julia Martha Thomas.

Julia Martha Thomas had a reputation for being a harsh employer. The twice-widowed former teacher had multiple servants tend to her cottage in Richmond, but few who'd lasted any considerable length of time.

In late January 1879, she took on another. Kate Webster, a young Irishwoman and mother of one who'd come recommended by an acquaintance.

"At first I thought her a nice old lady," Kate later reported, "but I found her very trying, and she used to do many things to annoy me during my work. When I had finished my work in my rooms, she used to go over it again after me, and point out places where she said I did not clean, showing evidence of a nasty spirit towards me".

The pair's relationship grew increasingly strained, leading Mrs Thomas to terminate Kate's employment barely a month after it had begun. But Kate convinced the woman to allow her to stay a further three days, until March 2.

That afternoon, Kate arrived at the cottage after drinking at the local pub, just two doors away. She'd agreed to help Mrs Thomas get ready for church, but was tardy.

Mrs Thomas arrived at the service late and agitated. It was the last time anyone saw her alive.

In the weeks that followed, a woman identifying herself as Mrs Thomas, sold several items of her furniture and clothing to a publican. Concerned neighbours watched the delivery carts come and go, despite no sign of their neighbour.

Mrs Thomas' landlady, Elizabeth Ives, inquired with Kate as to the woman's whereabouts and the reason for the removalists. But Kate offered nothing. Elizabeth later told a court, "She was very much agitated, her face was quite convulsed, and she could hardly speak to me".

As suspicions mounted, Kate fled to Ireland with her son, and police descended on the cottage. There, they found bloodstains on the walls, charred bones and fatty deposits beneath the laundry copper, along with a handle matching that which was missing from the box of flesh found in the river.

Kate Webster was arrested in Ireland and transported back to England amid a media frenzy. Papers painted details of the trial, from revelations about Kate Webster's extensive criminal history (she'd been convicted of larceny several times) through to the jury's 75-minute deliberation, the guilty verdict and death sentence.

According to The Times, when asked if she had anything to say in response to the ruling, Kate told the judge, "I am not guilty, my lord, of the murder, and I never done it".

Then, in a final effort to have her execution stayed, she professed to be pregnant — a claim that was deemed false by a jury of matrons.

Despite her earlier denials, Kate, faced with the inevitability of her death, later gave two jailhouse confessions in which she detailed precisely what happened the evening Mrs Thomas returned from church. 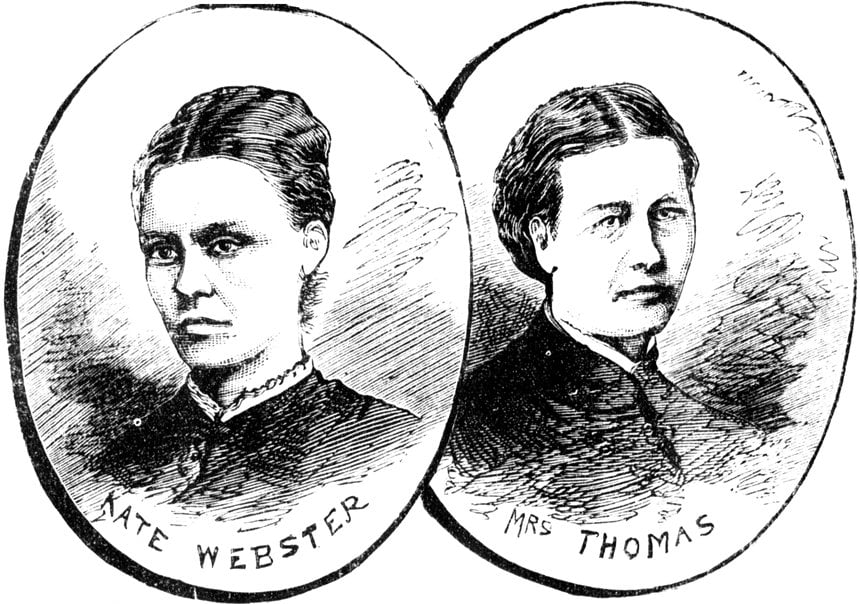 "Mrs Thomas came in and went upstairs. I went up after her, and we had an argument, which ripened into a quarrel, and in the height of my anger and rage, I threw her from the top of the stairs to the ground floor," she said, according to She had a heavy fall, and I became agitated at what had occurred, lost all control of myself, and, to prevent her screaming and getting me into trouble, I caught her by the throat, and in the struggle she was choked."

She detailed dismembering the woman's body, boiling the flesh from her bones in a laundry copper, and disposing of the remains in various locations.

It's since been alleged that she sold Mrs Thomas' fat to neighbours as 'lard', though it's never been proven. It was concluded, though, she had then taken the woman's money, clothes, jewellery and even her false teeth, and assumed her identity.

She'd also recruited unwitting others to help her carry the remains, including those in the bonnet box later discovered in the river. A young man named Robert Porter lugged it with her to the Richmond Bridge, where she said she was handing it to a friend and urged Robert to continue on without him. He later reported that he'd heard a splash before Kate caught up with him, empty-handed.

In a piece about Kate's sentence, The Times reported, "The execution of a woman is a rare and melancholy occurrence, but the crime in this case was so heinous, and the circumstances attending it so revolting, that no voice could possibly be raised against the doom inflicted".

In 2010, contractors excavating an old pub on a property belonging to broadcaster Sir David Attenborough noticed a "dark, circular object". A human skull.

The remains were determined to be that of a white, middle-aged woman with no teeth. And a coroner concluded in July 2011, that it was the missing skull of Mrs Julia Martha Thomas, whose former cottage stood nearby.

Detectives hoped Mrs Thomas could be given a more complete burial. But they couldn't find any record of where her other remains were laid to rest, nor could they locate any relatives.

The skull was buried in an unmarked grave at Richmond Cemetery.