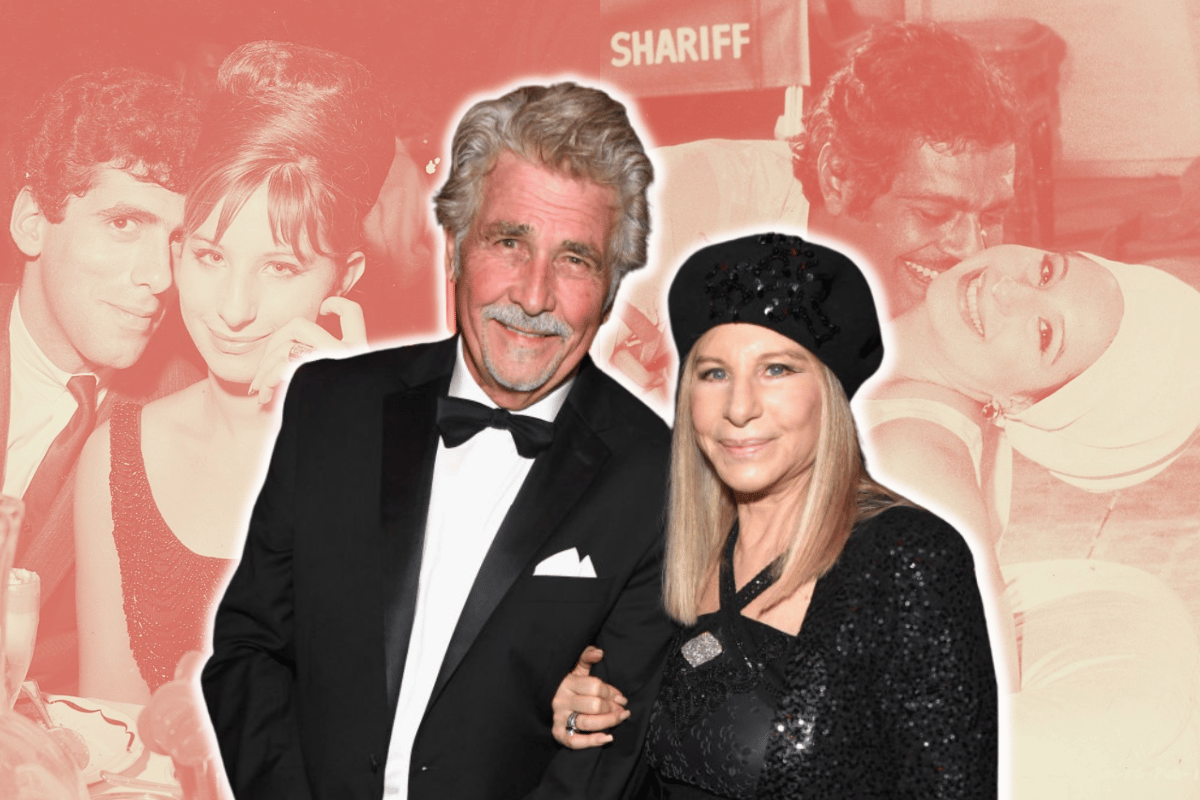 Barbra Streisand wasn't expecting to fall for actor James Brolin, when they were set up by friends on a blind date. She was 55-years-old at the time; He was 56.

But it was probably destined.

As she explained to The Los Angeles Times just a few months after the pair met, Streisand 'manifested' her relationship with Brolin by directing the film The Mirror Has Two Faces.

"You dream the film and then you manifest [it]," she said of the movie which follows a woman who marries a man for 'platonic reasons', before they inevitably fall in love.

You see, when she and Brolin met in 1996, Streisand had spent decades jumping between relationships and it was expected that this would be another brief romance.

But 25 years later, now 80, and 81-year-old respectively and the pair have only fallen more in love.

Streisand and Brolin first met at a dinner party arranged by friends.

"We were set up as a blind date and I was so shy that I came into the house and went downstairs to be with the children until I had to sit down at the table," Streisand explained on The Tonight Show with Jimmy Fallon.

"I expected a guy with a brown beard and brown, wavy hair — like a mountain man, and I saw a man who had all his hair cut off, no beard, and I walked by him.

In an interview with W magazine she added: "He later told me that’s when he fell in love with me. My fella likes to hear the truth, which is unusual".

The pair married just two years later in 1998 at Streisand's $100 million Malibu estate and despite many sceptics, their relationship has only gone from strength to strength.

In a June 2021 interview with The Talk, Brolin shared that COVID-19 lockdowns strengthened the union like nothing before.

"We've literary fallen in love over this period of time, just being stuck together every day and making it work.

"Neither one of us [have] ever gone out the door and we are good at talking things out and 23 years is better than ever."

Two years later, and in an interview with The Guardian, Brolin has confirmed that they're just as strong, despite ever-persistent rumours.

"The other day we were in the market, walking around, holding hands and looking at ice-creams, and this guy came up to us and pointed to one of the rag papers that said we’re getting a huge divorce! Well, it keeps those papers alive."

Prior to meeting Brolin, Streisand's dating history was wide and varied.

There was Elliot Gould, her first public love who she met when she was just 19 years old.

Streisand auditioned for a play, I Can Get it For You Wholesale, and Gould, who was already cast as the leading actor, felt an immediate connection to his co-star.

"She's presenting herself just like how I think and feel about me," he said to Yiddish Book Center at the time.

Of their meeting, he told CBS Sunday Morning: "She [Barbra] announced her phone number [to the crew], and she said, 'Would somebody call me?' I remembered her number and I called her."

The pair were married for eight years and had a son together, Jason, before they divorced in 1966 when Gould felt overshadowed by his wife's success. 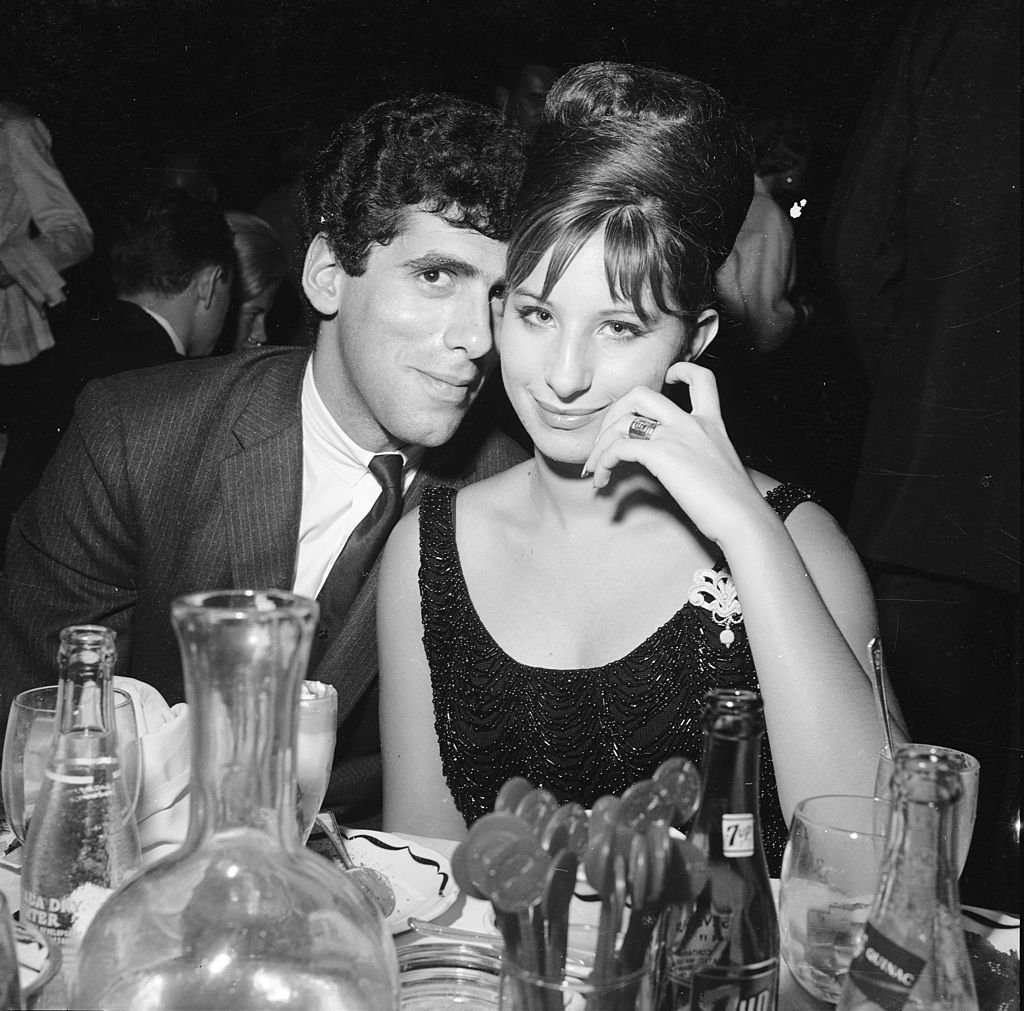 Potentially adding to the rift in her and Gould's marriage though, was Streisand's relationship with Omar Sharif.

Both of the actors were married at the time of filming, and adding to the controversy was their conflicting heritage which almost had Sharif lose his Egyptian citizenship.

Streisand, who is of the Jewish faith, was a vocal advocate for Israel when the 1967 Six Day War broke out mid-filming. The war - between Israel and a coalition of Arab states that included Egypt - saw the Egyptian government very unhappy with a movie poster that showed Sharif kissing her.

In an interview with the Mirror, Sharif's grandson Omar Sharif Junior, spoke of his grandfather's feelings for Streisand, saying, "He really loved her. He spoke so fondly of her.”

Despite rumours that Sharif was willing to convert to Judaism for Streisand, their relationship fizzled quickly, and only lasted the duration of filming for Funny Girl. 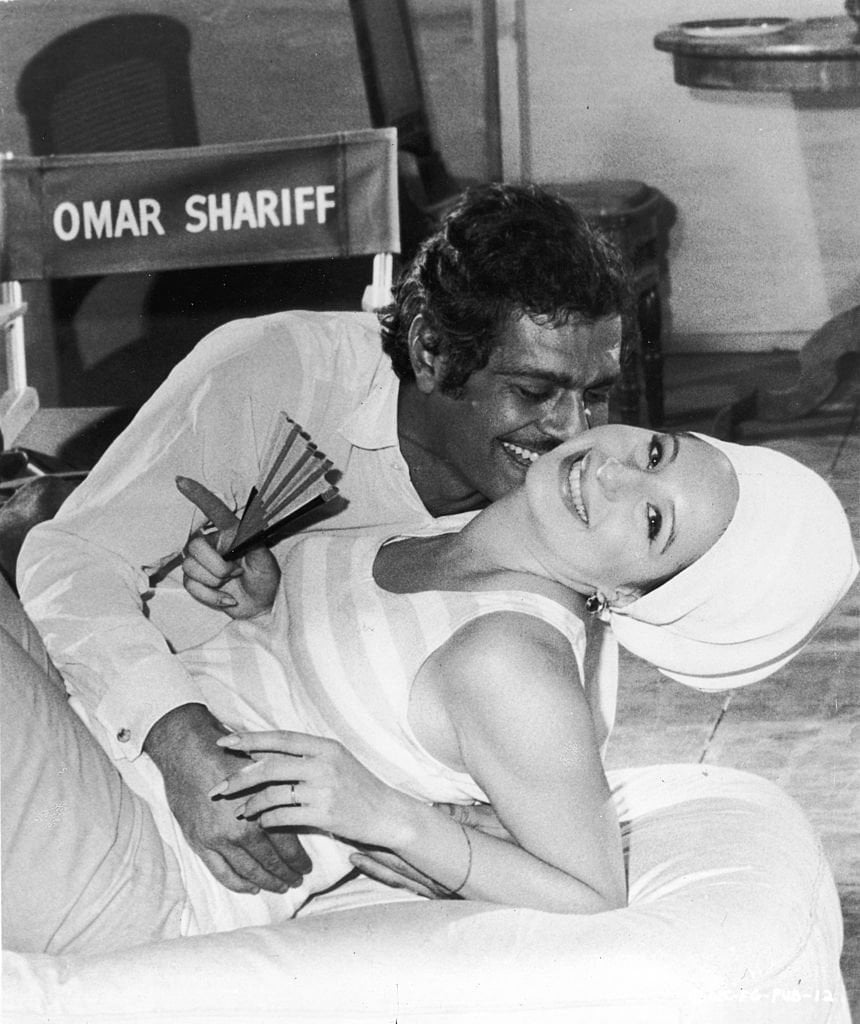 Over the next few years, Streisand went on to date several other high-profile men.

But it was Brolin that truly stole Streisand's heart.

"I couldn't have met him while I was making this movie," she told the Los Angeles Times of The Mirror Has Two Faces.

"I wouldn't have been open."

And today, now 80, she says she's focusing on her family more than ever.

"I'm enjoying my grandchildren and there's nothing like family and home and pure love and joy and connection," she told Variety in 2021.

"That is the most important thing to me now."