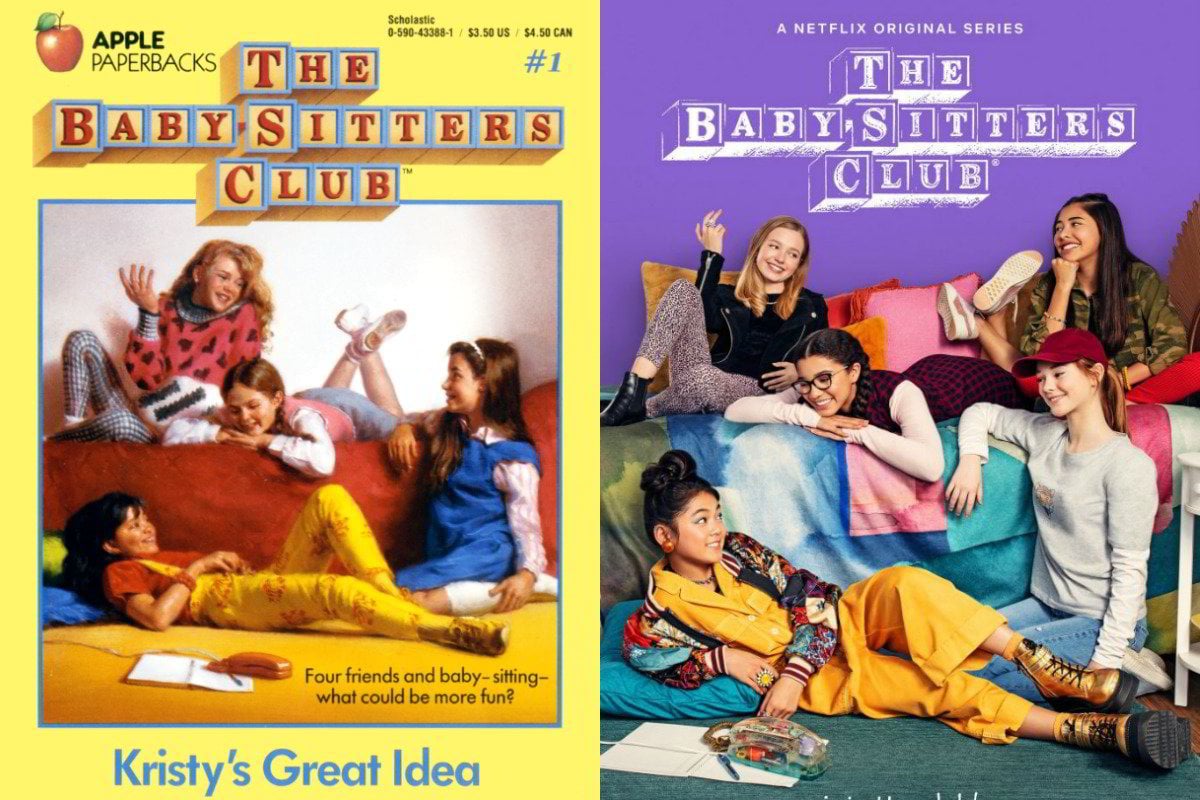 As an out and proud fan of The Babysitters Club, when I heard there was a reboot in the works I squealed with excitement. Finally, a legitimate reason to get my nineties back on - and watch some of my favourite childhood literary characters come back to life.

Despite Netflix's new adaption of the﻿ beloved Ann M. Martin series being set in the present day, it is exactly (I’m talking exactly) like the original books.

With small details for true fans to pick up on, plus a heap of sly nineties pop culture nods for any millennial to revel in, the show is a nostalgic trip down memory lane.

Paying homage to the 90s, the characters' fashion embraces trends from generations ago that are back in style today, from hair scrunchies to bold graphic prints. There's even some yellow plaid, which Claudia wears in a pair of trousers in an early episode - a subtle nod to the iconic ensemble worn by Cher in cult 1995 film Clueless. Alicia Silverstone plays Kristy’s mother in the reboot.

2. The props – from the landline to the director’s chair.

The choice of advertising their new business venture by using paper fliers is definitely a nod to the original books and as a millennial, very nostalgic.

Despite all the new technology available to them and of course, social media, the girls still use this old-school method to advertise their business.

The reboot also features Kristy’s director’s chair that she proudly sits in, because she is the President and BSC founder, of course.

But it’s the “olden days phone” in Claudia's room (explained as an “iconic” purchase from Etsy) which is perhaps the most significant homage to the original series.

And let’s be honest, it wouldn't be a throwback without the club members racing for that transparent phone to say those famous words: “Hello, Babysitters Club?”

3. The opening credits feature the sitters’ handwriting from the books.

As a true fan of the books you would probably remember that each chapter begins with a handwritten letter or diary entry from one of the main characters.

The handwriting of course matched their personalities - Mary Anne wrote in nervous slanted cursive, Kristy’s was clear and perfect, and Stacey’s was dotted with hearts. All of these can be observed in the credits.

4. Each episode is named after the titles of the novels.

From the first book in the series, Kristy’s Great Idea, each episode follows the order of the original book titles. As a fan, this is one of the best things about the reboot. 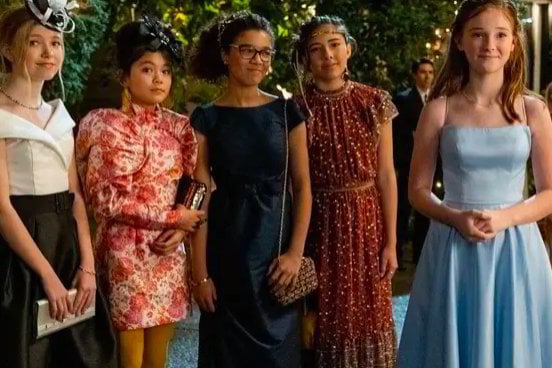 Generations may have passed, but within the first episode, Kristy is set an essay of decorum by her teacher after being disruptive in class. This time, to evolve the character into 2020, Kristy takes on a feminist angle about why a boy would never be set the same essay topic. That’s true Kristy right there.

When Mary Anne’s phone is taken away, neighbours and BFFs Kristy and Mary Anne reprise their characters' nineties mode of late night communicating with torches. I still remember being totally bummed that my BF didn’t live next door, so we too could have late night chats in secret code.

7. Pretty much every character is the same.

As well as the Clueless nod with Claudia’s plaid pants, there is another cheeky reference to the film in the first episode.

After a heart-to-heart about Kristy’s mum (played by Silverstone), Kristy’s internal monologue tells viewers: “My mum might have weird taste in men, but when it came to life, I guess she wasn’t totally clueless.”

9. The Netflix promo image is a remake of the first book’s cover.

The first in the book series, Kristy's Great Idea, features the four original members – Kristy, Claudia, Mary Anne and Stacey - in Claudia’s room (with the iconic phone of course).

The promo image for the re-boot is a copy of this – the girls are in the exact same positions, just with a wardrobe and bedroom decor update. Oh, and the addition of fifth member, Dawn.