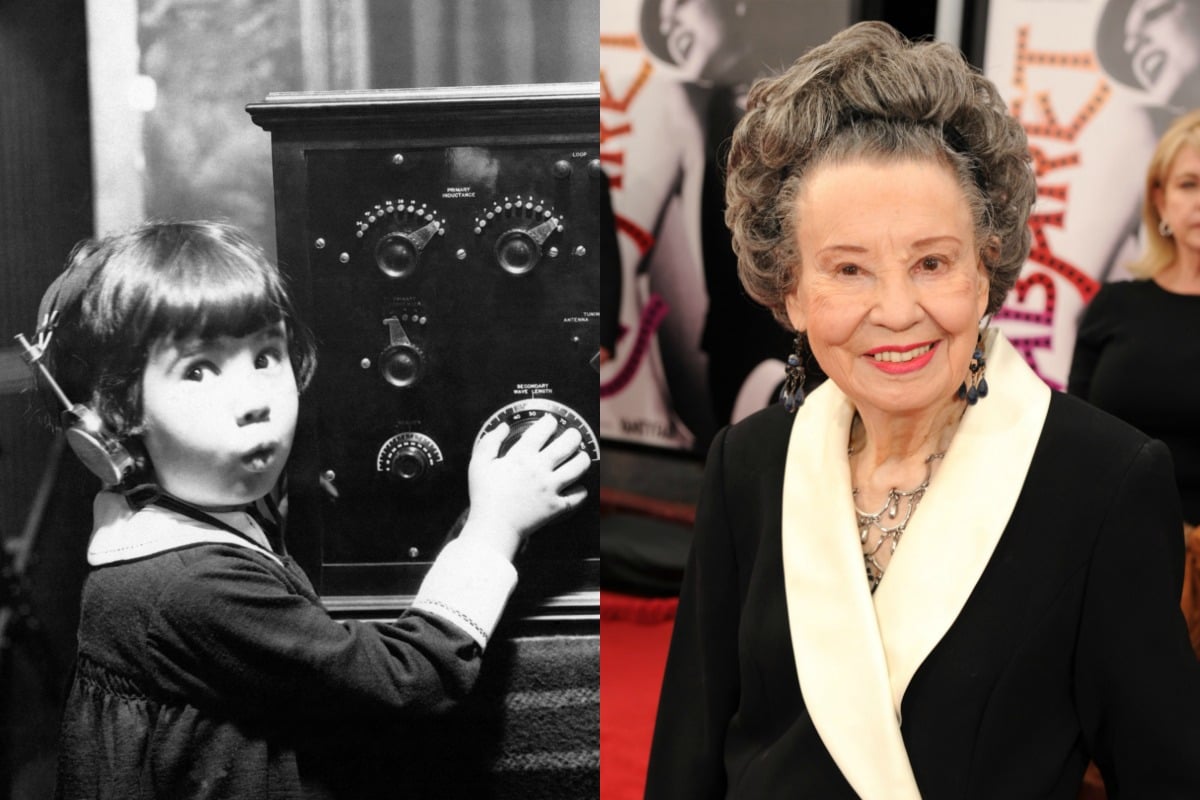 Baby Peggy was just three years old when she signed her first contract.

At five, she had starred in nearly 150 films and had another $1.5 million contract to her name. ﻿

Praised as America's sweetheart, Baby Peggy, who later changed her name to Diana Serra Cary, became one of the most famous actors of Hollywood's silent era.

But like many child stars after her, Cary came to learn the road to Hollywood fame wasn't always easy.

Born Peggy-Jean Montgomery in 1918, Cary was just 19 months old when her mother brought her to Century Studios.

Her distinctive black hair and expressive face attracted the attention of a director who cast her in her first short Playmates and later paired her with the animal star Brownie the Wonder Dog.

She would appear in several full-length silent features such as Darling of New York, Captain January and Family Secret. ﻿

And that was only the beginning. At five, she became a self-made millionaire and had her own line of Baby Peggy dolls, jewellery and sheet music. She quickly found her way into the hearts of millions of Americans, receiving over 1.7 million fan letters a year, according to The New York Times. ﻿

But for Cary, life in the spotlight was anything but normal.

“I didn’t know what a regular kid was, because I didn’t have any friends,” Cary explained in the new HBO documentary Showbiz Kids, before her death earlier this year.

"I didn’t know there was another world out there for children, and the life of a child was not my life.”

Instead, her life revolved around work, which she would spend eight hours a day and six days a week doing. ﻿ ﻿

“My father would snap his fingers and say, ‘Cry!’ And I would cry. ‘Laugh!’ And I would laugh. ‘Be frightened!’ And I’d be frightened. He called it obedience," she told The Guardian in 2015.

Not only did she have to work long gruelling hours, the young actress was also placed in dangerous situations on set.

In the 1923 film The Darling of New York, Cary's character had to escape a burning building, which was reportedly doused with actual kerosene. She was also physically pushed around by adults while filming.

"It was hard work," she explained in Showbiz Kids. "People said, ‘Oh she’s a genius.’ My only genius was that I stayed on my feet.”

As she continued to grow up in the public eye, Cary lost a sense of who she was behind her famous persona.

"I had identity problems from the time I was growing up," she said in a 1999 interview with silentsaregolden.com.

"Baby Peggy was very powerful. She was very popular. Nobody knew who I was — I mean, me. So I had this terrific personality that the whole world knew, and then I had me to deal with. So I couldn’t get my head together, and I couldn’t be me as long as I was carrying her." 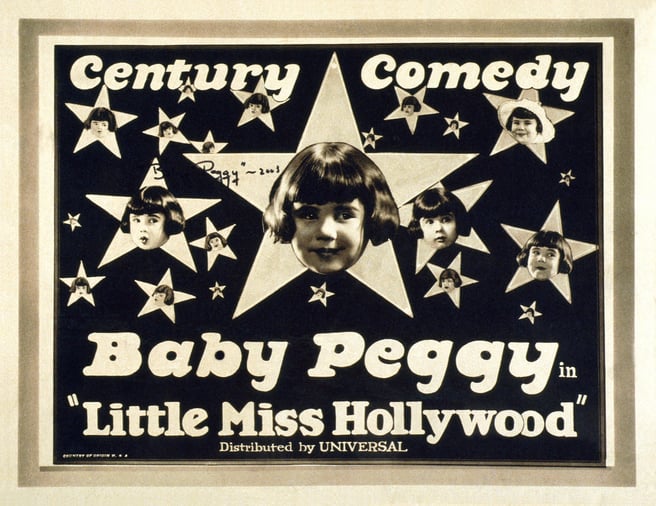 Her father, Jack Montgomery, a former stuntman and cowboy, got into a fight with a studio over her salary and her contract was cancelled. Cary later landed a small role in the film April Fool, but was eventually blacklisted from Hollywood.

“My career was over. At seven,” she said in Showbiz Kids.

As the breadwinner, Peggy supported her family by touring with vaudeville acts. Unfortunately, most of her $1.5 million earnings, which was managed by her parents, had already been spent on a 14-room house in Laurel Canyon, a $30,000 Duesenberg car and other luxuries.

"They thought Hollywood was forever,” she told the Los Angeles Times in 2011. “My parents had no plan for adulthood for my sister and myself. We weren’t sent to school... We simply grew up and worked."

Her father later bought a ranch in Wyoming, where the family moved in 1929. But after the stock market crash, they once again lost everything.

"The only place we could go was back to Hollywood. It was the only place that was still functioning," she told The Hollywood Reporter.

And so back she went. Only this time things were very different. Cary was older and wasn't met with the same public affection she knew as a young girl. The industry had also changed, with the silent era of Hollywood being left behind for actors trained for sound.

The former child star landed minor roles in her teens but she never found the same level of success she had before.

“I had the feeling that I was a senior citizen at 15,” Cary said in a 1982 interview, excerpted in Showbiz Kids.

She eventually had the chance to go to school and attended Fairfax High School in Los Angeles. After graduating, she married her first husband Gordon Ayres, who worked as a movie extra, in 1938. They divorced 10 years later.

In 1954, she married artist Bob Cary and took his last name. Unfortunately, he died in 2001, leaving behind their son Mark and their granddaughter.

With her acting days well and truly behind her, Cary turned to writing. She published her first book The Hollywood Posse in 1975, a year before releasing her second book, Hollywood’s Children, which looked at the lives of fellow child stars.

A respected writer and historian, Cary released her memoir What Ever Happened to Baby Peggy? in 1996 and featured in the 2012 documentary Baby Peggy: The Elephant in the Room.

﻿At the ripe old age of 99, she self-published the historical ﻿nove﻿﻿﻿﻿l The Drowning of the Moon. 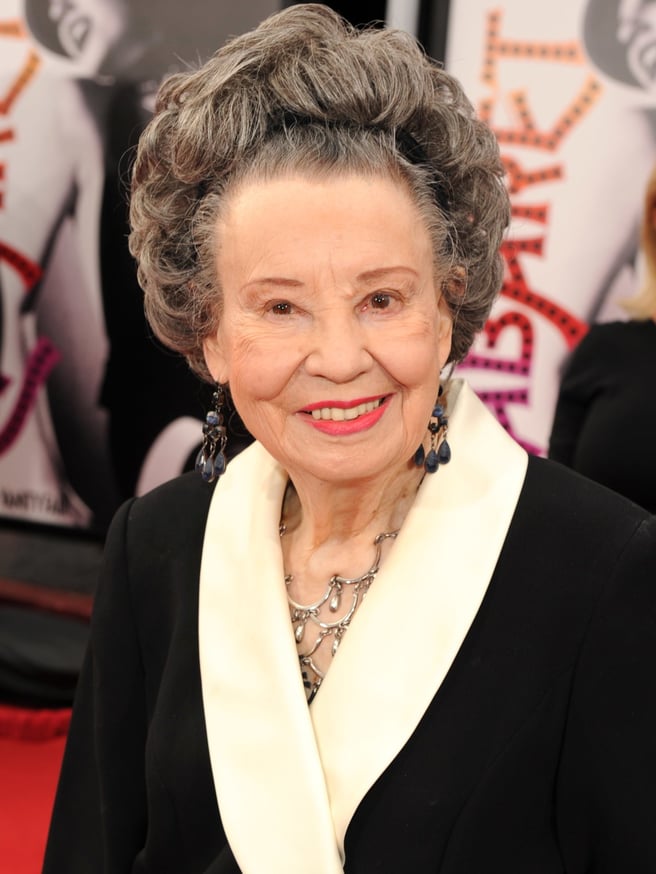 "I am proud of how she was able to come to terms with what happened to her from when she was just a toddler and re-create her life anew," her son Mark said in a statement.

"She learned to love herself and her unusual childhood so she could focus on telling her story to educate others in how to avoid the same negative things that she had experienced in her life and career as Baby Peggy."