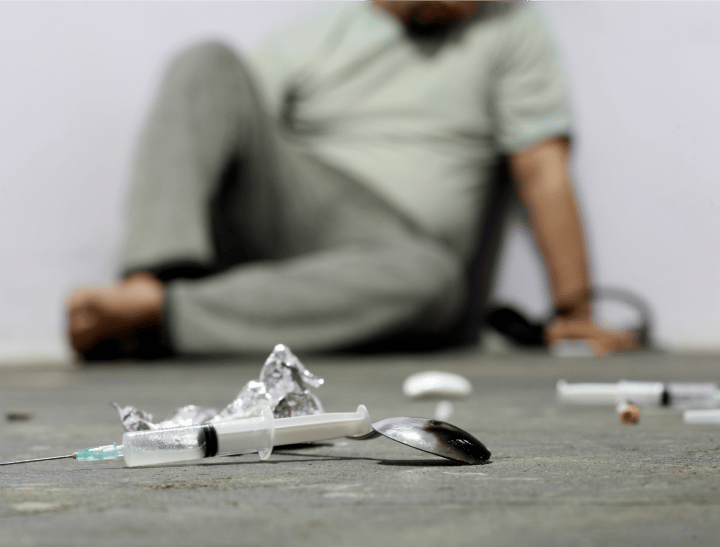 He was born to a mother dependant on methadone, the drug she used to ween herself off heroin.

And the impact of her addiction on him is evident in a shocking video.

He is just one of the 130,000+ babies born with a diagnosable drug dependency, known as Neonatal Abstinence Syndrome, in the US in the past decade.

Now six months old, he had to endure and overcome other symptoms of drug withdrawal, including over-sensitivity, trouble feeding and tremors.

You can watch the video here:

His mother, Clorissa, said Braxton – her second child – helped her battle her drug addiction by providing her the motivation she needed to stay clean throughout her pregnancy.

Her first son, Jacoby, was born addicted to heroin.

“I was in labour, in the bathroom shooting heroin about to give birth to my child,” she said.

She continued to use the drug after Jacoby was born, even taking him with her to score, and lost custody of the boy following a car crash when he was 22 days old.

A heroin and opioid addiction is sweeping across the US, health experts warn, and it’s having a dramatic impact on the vulnerable babies of addicts.

In 2013, 27,000 babies were born drug dependent in the country – an increase of more than five times in the previous decade.

Babies born with Neonatal Abstinence Syndrome shake, have problems feeding, suffer sneezing fits and from diarrhoea and cry at the smallest stimulus.

Hospitals are obliged to notify social services when a case arises, but many go unreported.

An investigation by Reuters found since 2010 there were 110 preventable deaths of infants born to mothers who used opioids during pregnancy after they left hospital.

On average, a baby was born every 19 minutes dependent on opioids.

This video is a stark reminder of the damage being done to a baby in utero, a baby unable to control what substances enter their body.

Wtf! If that baby is tapering off opiates, they're doing it too fast. I can only see his legs shaking, and so can't tell if he's awake and aware (or, if he's also having stomach cramps, fevers, aches, chills and diarrhoea) but whether the leg convulsions are RLS or full seizures, it seems he's suffering under-treatment and less than the best care.

What the hell? Why wasn't that baby properly medicated? That's appalling! If the baby is having withdrawal symptoms that acute then you give them morphine and then wean them off it.

I don't know if they do things differently in the US, but that baby clearly needed sedation.