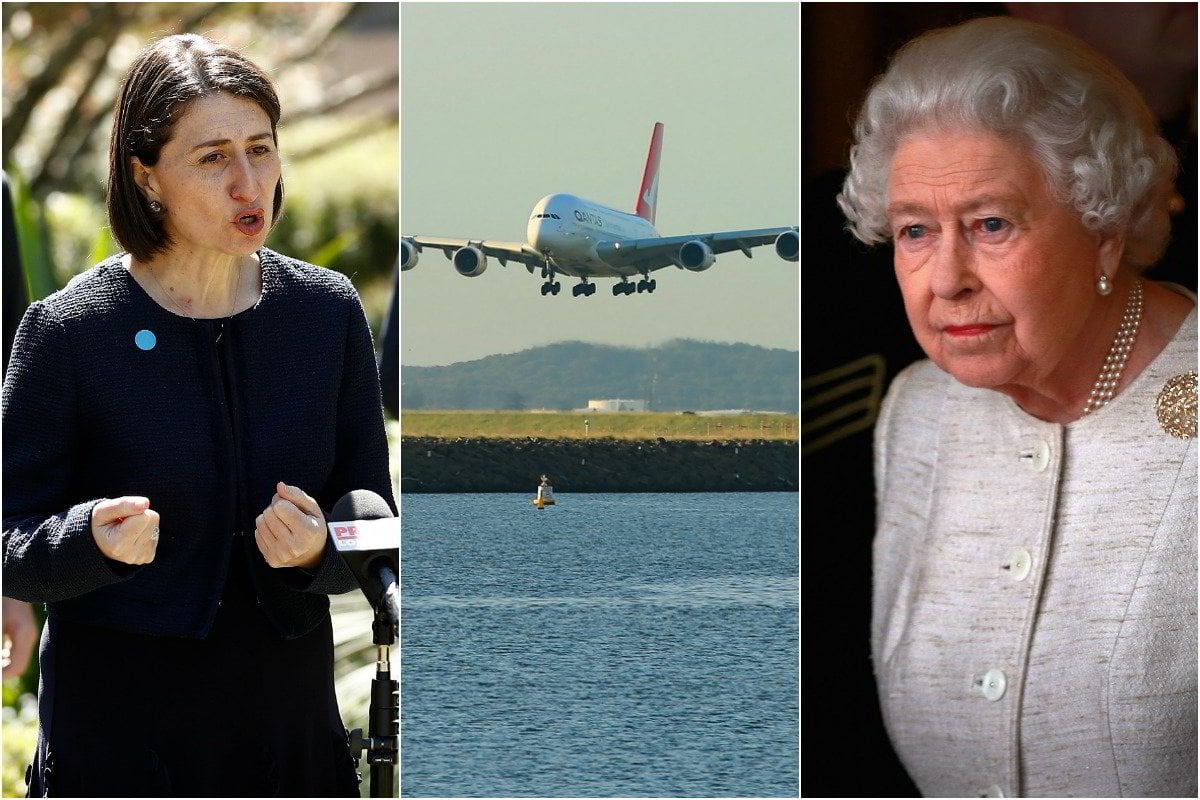 Premier Gladys Berejiklian has declared NSW free of COVID-19 hotspots, with the state recording another 10 cases of the illness.

Four of the state's new virus cases detected in the 24 hours to 8pm on Tuesday were community transmissions linked to existing cases or clusters, while six were returned travellers who are in hotel quarantine.

This led Ms Berejiklian to declare on Wednesday that the Queensland border should no longer be closed. 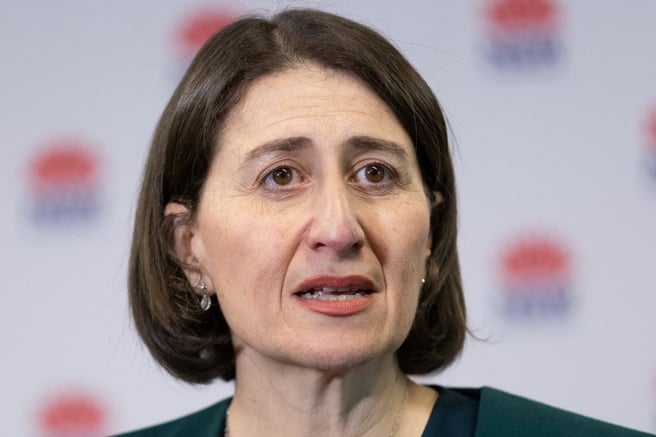 "If you look at any proposed definition of hotspot, technically there aren't any hotspots in NSW, so I'd be arguing there's no reason to keep the border closed today," she told reporters.

Queensland is reportedly considering a rule change that will require NSW to go just 14 days, rather than the current 28 days, without community transmission of COVID-19 before the northern state reopens its border.

"There's really no basis to have the Queensland border shut. I would argue that even the 14-day limit is potentially unrealistic," Ms Berejiklian said.

She said she was prepared to accept almost 3000 returning citizens per week, with the daily cap to rise from 350 to about 420, after reaching an agreement with Prime Minister Scott Morrison on Tuesday.

Queensland Premier Annastacia Palaszczuk is keen for Australians trapped overseas to return home, saying her state will be happy to take in as many travellers as it can.

The federal government has called on the states to boost caps on international arrivals from 4000 to 6000 in a bid to rescue more of the 25,000 people stranded abroad.

Ms Palaszczuk agreed in principle, saying it was "imperative" that as many Australians be brought back as possible.

Aussies stranded overseas could be handed a lifeline with calls for states to increase the number of returning travellers. #9Today pic.twitter.com/051XFT8fuO

"I've actually been told some really concerning stories about people being trapped in London ... people are camped out at airports, they don't know what's happening, the uncertainty and they want to get home to loved ones as well," she told reporters.

"I would be more than happy to be taking more Australians here where we have the capacity to do so.

"I don't want families to be separated by very, very long distances overseas where many countries are still in lockdown."

Ms Palaszczuk will discuss the cap and re-opening her state's border to the ACT at a national cabinet meeting on Friday.

Western Australia will consider again using Rottnest Island to house returned travellers amid tension between the state and Commonwealth over quarantine arrangements.

WA would take an extra 500 international arrivals per week - almost double its current number - under a plan announced to media by Deputy Prime Minister Michael McCormack.

Despite Premier Mark McGowan alluding to being 'blindsighted' by the federal government's demands of his state, the government will consider using popular tourism spot Rottnest Island to house returned travellers, having done so earlier in the year.

But McGowan did add: "I don't exactly want to close down Rottnest just before the school holidays when people have holidays booked.

"It may take some weeks for us to consider an option around Rottnest and that's something I'm happy to work with the Commonwealth on."

Regional Victorians are awaking to eased COVID-19 rules, with police erecting a "ring of steel" on Melbourne's outskirts to crack down on regional travel, with rules wound back overnight.

Under the regional travel crackdown, Victorian adults who leave a restricted area without a lawful excuse will be handed a $4957 fine.

Ring of steel in action this morning... failure to stay in restricted area now a criminal offence - fine of almost $5,000... details soon on @TheTodayShow pic.twitter.com/mv3tCsIJUg

Under the regional travel crackdown, Victorian adults who leave a restricted area without a lawful excuse will be handed a $4957 fine.

The new offence comes into effect from Thursday and is designed to deter Melburnians from entering regional Victoria.

It will be complemented by beefed-up roadblocks, creating lengthy traffic delays as vehicles pass through.

The next step for regional Victoria means pubs, cafes and restaurants will be able to serve people outside with strict density quotas, while outdoor gathering limits will be upped to 10.

Regional Victorians will also be able to leave their homes without restriction and all shops can reopen.

They will still be able to travel via Melbourne to reach other parts of the state but can only stop for three reasons including food, care and permitted work and study.

Caravan parks and camping grounds in regional areas are also able to re-open from Thursday, but with group booking restrictions.

Australian women made redundant by COVID-19 are finding it tough to return to work due to a lack of flexibility from employers as they struggle to shoulder the burden of caring for family amid the pandemic.

Women have been the hardest hit in the coronavirus-driven recession with employment in March and April falling 5.3 per cent, compared to 3.9 per cent for men. 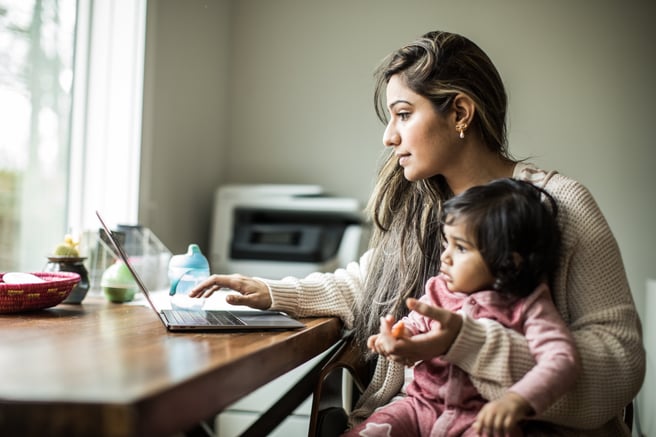 LinkedIn says hiring activity is down overall, but fewer women are applying for roles because of the "perfect storm" created by the pandemic. Image: Getty.

According to the latest data from jobs platform LinkedIn, Australia's hiring activity is still down six per cent compared year-on-year to August 2019.

The pandemic had created a "perfect storm" where the industries dominated by women have been the hardest hit, with fewer job opportunities, while at the same time women have increasingly borne the burden of homeschooling and carers.

A Melbourne man allegedly admitted bashing his sister to death and putting her body in his car boot over a dispute about money and the care of their elderly father.

Ning Wang is charged with murdering his 57-year-old sister, Qin, at the family's southeast Melbourne home in February 2019.

"Dear officer, I have killed my sister Qin at 7am to acheave (sic) my justice," the 68-year-old allegedly said in a handwritten note found at the Clayton South kitchen table.

Prosecutors say Wang left a second note asking that his 90-year-old father, who had health problems including dementia, be looked after. It was signed "justice seeker".

Wang is facing the Supreme Court of Victoria's first judge-alone criminal trial, after juries were suspended because of the COVID-19 pandemic.

He gave his father breakfast after the alleged murder, then put his sister's body in the boot and drove to another sibling's house.

The trial is due to continue on Thursday.

The adverse events that led to a pause in trials evaluating AstraZeneca Plc's COVID-19 vaccine candidate may not have been associated with the vaccine itself, according to a document outlining participant information that was posted online by the Oxford University.

Enrolment in the British drug maker's global trials of the vaccine, which it is developing with researchers at Oxford University, was paused on September 6 after a participant in its UK trial had a serious side effect thought to be a rare spinal inflammatory disorder called transverse myelitis. 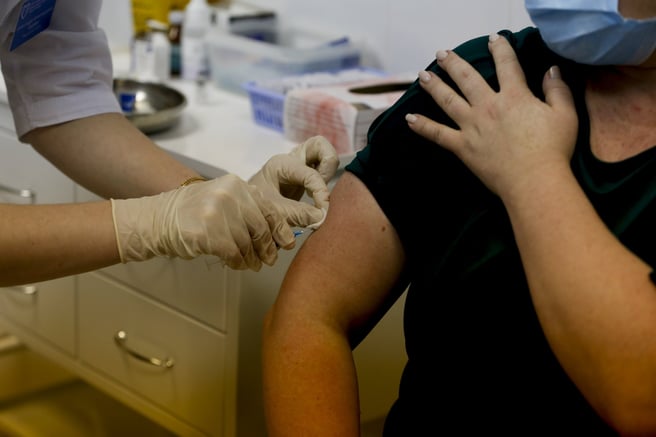 The events that led to Oxford University pausing its COVID-19 vaccine trial might have had nothing to do with the vaccine itself. Image: Sefa Karacan/Anadolu Agency/Getty

Safety reviews were conducted when volunteers in the trials for testing the vaccine candidate, called AZD1222 or ChAdOx1 nCoV-19, developed unexplained neurological symptoms including changed sensation or limb weakness, and the study was paused while a safety review took place, according to the document.

"After independent review, these illnesses were either considered unlikely to be associated with the vaccine or there was insufficient evidence to say for certain that the illnesses were or were not related to the vaccine," the document said.

Barbados to remove Queen Elizabeth as its head of state.

Barbados is to become the first country to drop the monarch as its head of state and become a republic in nearly three decades.

The Caribbean nation's Governor-General, Sandra Mason, said in a speech that "the time has come to fully leave our colonial past behind."

She said the country will become a republic as early as November next year, when it celebrates its 55th anniversary of independence from the British empire.

Barbados revives plan to remove Queen as head of state and become a republic https://t.co/gbzk4FXX5M

The Queen is head of state of the UK and 15 other countries including Australia.

A recent poll also suggests increasing popular support for a republic here. According to a 2020 YouGov poll, 62% of Australians said they wanted the head of state to be an Australian.

- Hurricane Sally has brought "historic and catastrophic" flooding to the US Gulf Coast, with 500,000 homes without power and 46m of rain recorded in just 24 hours.

- The former head of world athletics, Lamine Diack, has been sentenced to four years in prison in France, with two suspended, for his part in a corruption scandal.

- New Zealand Prime Minister Jacinda Ardern is on track for a resounding victory with one month until the country's federal election.

- Those refusing to wear masks in Indonesia are being put to work - ordered to dig graves for victims of COVID-19 as punishment for disobeying local public health orders.

Reply
Upvote
The Queen is not the head of state of Australia. She ceased to be in 1973, I think.
G
guest2 2 years ago