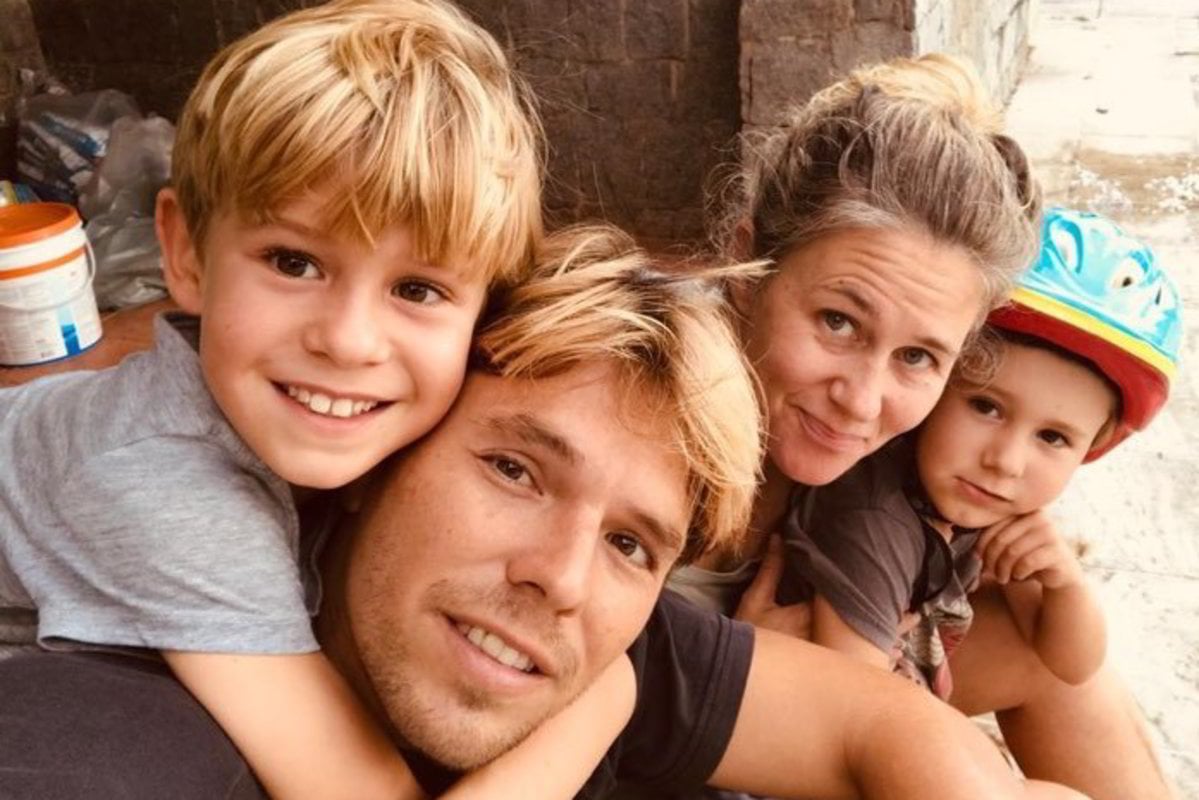 Through her weary eyes, Luana tried to focus in the early morning light of Rio de Janeiro, on the text message she had woken up to. It was from her sister, back home in Australia.

"Bad news, Dad’s alive, but he’s either got three hours, or he’s got three days."

It was just a couple of months into the coronavirus crisis, and it had come to this. Their father suffered from Parkinson's disease, and with that came dementia. Prior to the pandemic, his family visited him everyday in his nursing home. But it had all changed so quickly.

“I knew Mum hadn't been able to see Dad for about six weeks because of the restrictions with the virus,” Luana, a New South Wales resident, told Mamamia. “I was so worried about Dad because people need people.

“I just knew he was probably going to die, because Mum wasn't visiting and he didn't understand why.” 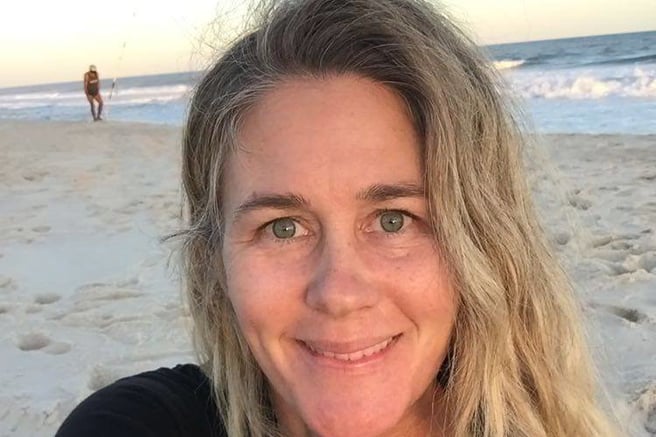 Luana was stuck in Brazil, due to the coronavirus pandemic, when her father passed away. Image: Supplied.

That text message from her sister confirmed her fears.

A nurse offered to call her, to give her the opportunity to farewell her father.

“So, I said my goodbye over FaceTime,” Luana said through tears. “And then he died a couple of hours later.”

On April 26, Luana’s father passed away. She watched the funeral via live stream.

Luana, along with her husband, Victor, and their two children, who are eight and four years old, left Australia on March 1. At the time, COVID-19 had not been declared a pandemic by the World Health Organization. There was no travel warning. No grave coronavirus concerns outside of China.

The family of four were intending to go on a four-week holiday, staying with Victor’s family in the countryside of Brazil. Their return flight was booked for March 26.

As they packed their bags on March 25, they received an email, notifying them their flight had been cancelled due to COVID-19. They were given no alternative flight options, just a credit voucher for what their return flight was worth. 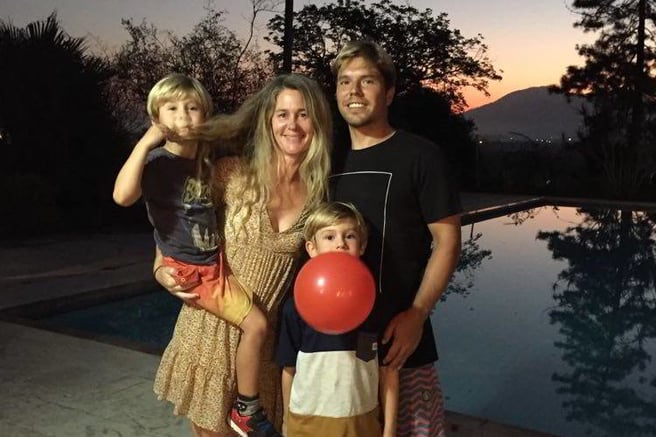 Luana with her husband Victor and their two children. Image: Supplied.

The severity of the pandemic hit home and they were more than 8,000 miles away from home.

“It's going to be pretty impossible to even get home now because everyone's going to be doing the same thing and trying to get through to the airlines to get those last minute seats,” Luana recalled thinking. “So it was a very stressful decision to not do anything.”

“No one knew what was going to happen with COVID… It felt right. We're safe here. Let's just wait it out.”

In May, a month following her father’s passing, the family decided they needed to return home. They went to the airport to find the first available flight, which wasn’t until August 1. Nervous of the possibility of another cancellation, they booked a back up flight too, on August 3, with a different airline.

In the meantime, Luana was trying to focus on the silver linings.

“I just focused on being in the moment. It's out of my control. This is bigger than me. There’s nothing I can do. It's quality time for my kids with their Brazilian family,” she recalled thinking.

Their kids have settled into their life overseas, Luana said, joking that her eight-year-old son is happy to no longer attend school. 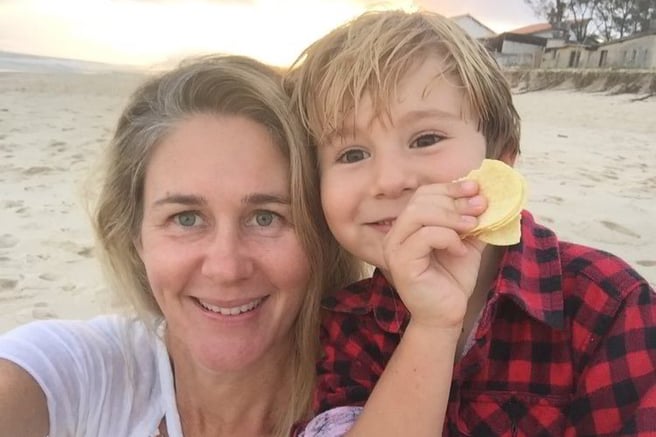 Luana works as a flight attendant. Throughout this period, both her and husband have been placed on JobKeeper by their respective workplaces, although Luana shared she’s now nervous the government will cease the wage subsidy payment for overseas Australians. Her fear is grounded in the fact that the government stopped their Family Tax Benefit because they had been outside of the country for too long.

Luana has even more need to return home.

“Always in the back of my mind is Mum’s health because she got diagnosed with aggressive brain cancer in December 2019.”

When in Australia, Luana would take her mum to her chemotherapy appointments.

“She got through chemotherapy so well - she responded so well. Now the tumor has shrunk so much… Though it's just a matter of time before it may start growing aggressively again.”

At the beginning of July, Luana began to feel anxious. She’s nervous about the future of her work, as well as her mother’s health, and wants to get her son back to school. At the start of July, the family had been in Brazil for five months. They were increasingly desperate to return home.

They brought their flight forward to July 20. But within days, Prime Minister Scott Morrison introduced a cap on returning Australians.

In NSW, only 350 passengers can arrive per day.

“I felt sick,” Luana said of the moment she heard the news. “I couldn’t believe it.”

“How are we ever going to get home? How long are they going to keep these caps in place for? And how long have I got for Mum?” Luana recalled thinking.

With international arrivals reduced, Luana isn’t the only Australian reporting that airlines are cancelling their seats unless they upgrade to business class.

“They have rescheduled us for August 9. But they openly say, ‘We will prioritise business class seats and people who pay more for the airfare.’

“We bought the cheapest economy airfare we could get, the saver one, which was still about $10,000. So we’re at the bottom of the rung when it comes to priority with getting on.”

After reading in an Australian newspaper that the airline is assessing individual cases, Luana sent them an email.

“I am not a dual national. I only have an Australian passport. And you're telling me I can't come in unless I'm willing to pay $45,000?”

“It feels good to be proactive. Whether or not it gets me anywhere, at least it makes me feel like I'm trying to do something to help my cause.

The COVID-19 pandemic has upended billions of lives. This is just one of their stories.

S
salemsaberhagen a year ago

Reply
Upvote
3 upvotes
Why wasn't this posted? What I said is the truth, a Google of ABC will show they broke the news of our first case of Coronavirus on January 25.  This is a verifiable fact!  What I said is the pure verifiable truth.
Australia had it's first known case on January 25. That's when it hit the media and became big news. JANUARY 25. There is no excuse, they absolutely knew before they left. It was in the media in early January, even before that, that a contagious virus was spreading through travellers. On a personal level I feel sorry for her. But there was absolutely no excuse for anyone to travel and not know from January 25. It was ALL OVER THE MEDIA.
K
katiea a year ago

Reply
Upvote
I'm a little confused... the article originally said that the earliest flight that the family could get was in August, but then in July Luana became nervous and managed to book them on a flight for 20 July?