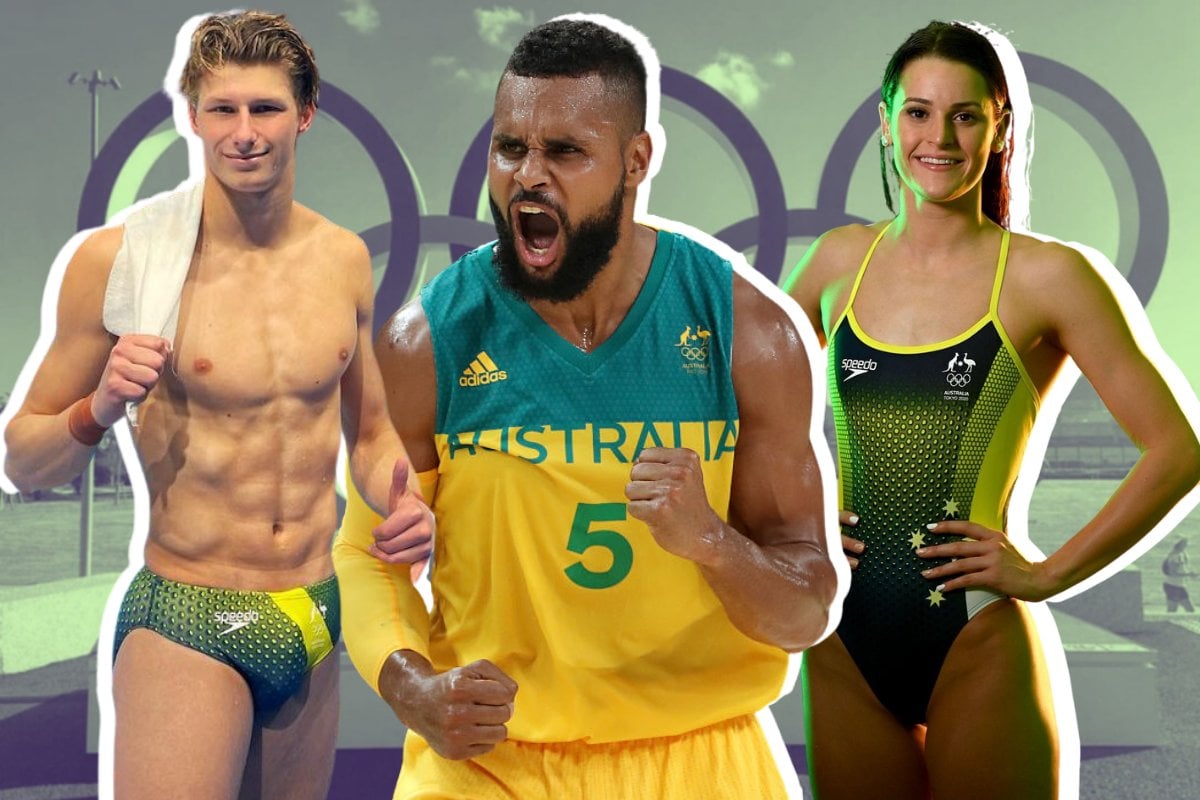 The 2020 Tokyo Olympics opening ceremony kicks off this Friday July 23 at 9pm AEST, a year late as a result of COVID-19.

Australia will be represented in all 33 Olympic sports this year, all of which will be broadcast on Channel Seven.

Sydney, Melbourne, Canberra, Brisbane and Hobart are one hour ahead of Tokyo which means Australians won't have to stay up late to watch most events.

And despite the controversy surrounding the games, we've never needed the Olympics more.

Here are five athletes you'll no doubt be hearing a lot about in the next two weeks.

Kaylee McKeown is one of Australia's biggest Olympic stars this year, after breaking the world record for 100m backstroke by more than a tenth of a second in the 2021 Australian Olympic trials.

Her father, Sholto, died of brain cancer in August last year. Mckeown has called the postponement of the Olympics a "blessing in disguise" as she was able to spend more time with him before his passing.

“It’s made me realise how much life is worth living,” McKeown told the Sydney Morning Herald.

“I just take every day as it comes and I honestly think that’s the main reason I’m swimming as well as I am. There’s no point in wasting the opportunities that you have in life.

“He’s my big inspiration and I use him in the last 50 of the race to help me cross the line because I know he is there.”

Patty Mills is no stranger to the Olympics, with Tokyo marking his fourth games.

On being asked to be a flag bearer, Mills told the ABC: "It was an easy decision. I am very proud of who I am...

"At the end of the day I imagine little girls and little boys, whether they are at home or at school... I can picture them and what they might feel or how they'll react when they see someone like me being a representative of them.

"That's what it's all about, right? Having the next generation come up and be true to themselves, proud of who they are, proud of their identity, and to wear that on their chests... that can help them achieve their dreams."

Mills is one of Australia's top basketballers having been drafted to the NBA in 2009, and having competed in the Olympics since Beijing in 2008.

Sally Fitzgibbons is a favourite to take out gold in the women's surfing in Tokyo this year, competing in her first Olympic Games.

"It's a dream come true and it's all a little surreal," she said to the South Coast Register on surfing being recognised as an Olympic sport for the first time.

"We're starting to appreciate what this pressurised Olympics moment is all about because for some sports, this is their own pinnacle while we experience these moments quite regularly.

"In saying that, I imagine this will be a whole new ball game and we're all trying to navigate those emotions on the fly as we head towards Tokyo.

"You can definitely feel that build-up happening and how best to use that energy to our benefit as a team and channel it into a strong performance."

You can watch her compete on Sunday, July 25.

Hot off the heels of her Wimbledon win, 25-year-old Ash Barty will be representing Australia in the women's tennis in Tokyo.

Born in 1996, Barty grew up in Springfield, Queensland, with her parents Josie and Robert Barty and two older sisters, Sara and Ali. Her father is a proud Ngaragu Aboriginal man and her mother is of English descent.

She regularly credits her family for keeping her grounded.

Speaking to Mamamia in December 2019, she said, "The advice my parents gave me is to be a good person first and foremost – that’s what I still focus on today."

You can watch her this Saturday, July 24 in Women's doubles alongside Storm Sanders at 12pm.

Sam Fricker will be one of Australia's youngest athletes in the Tokyo Olympics, competing in the Men's 10m diving at 19 years old.

He's gained a following on TikTok, where he shares videos about diving and the 'behind-the-scenes' of the Olympics.

"When I was young I never would have thought that I would be a 10-metre diver," Fricker told the Newcastle Herald.

"I always had dreams of going to the Olympics but I didn't know how I was going to get there. At the time, I was doing gymnastics and trampolining. Then I set my heart on the diving."

"It was insane to hear my name read out.

"I got my ticket and [Olympic] jacket but it still feels surreal."

Fricker will be competing as a part of Australia's diving team.