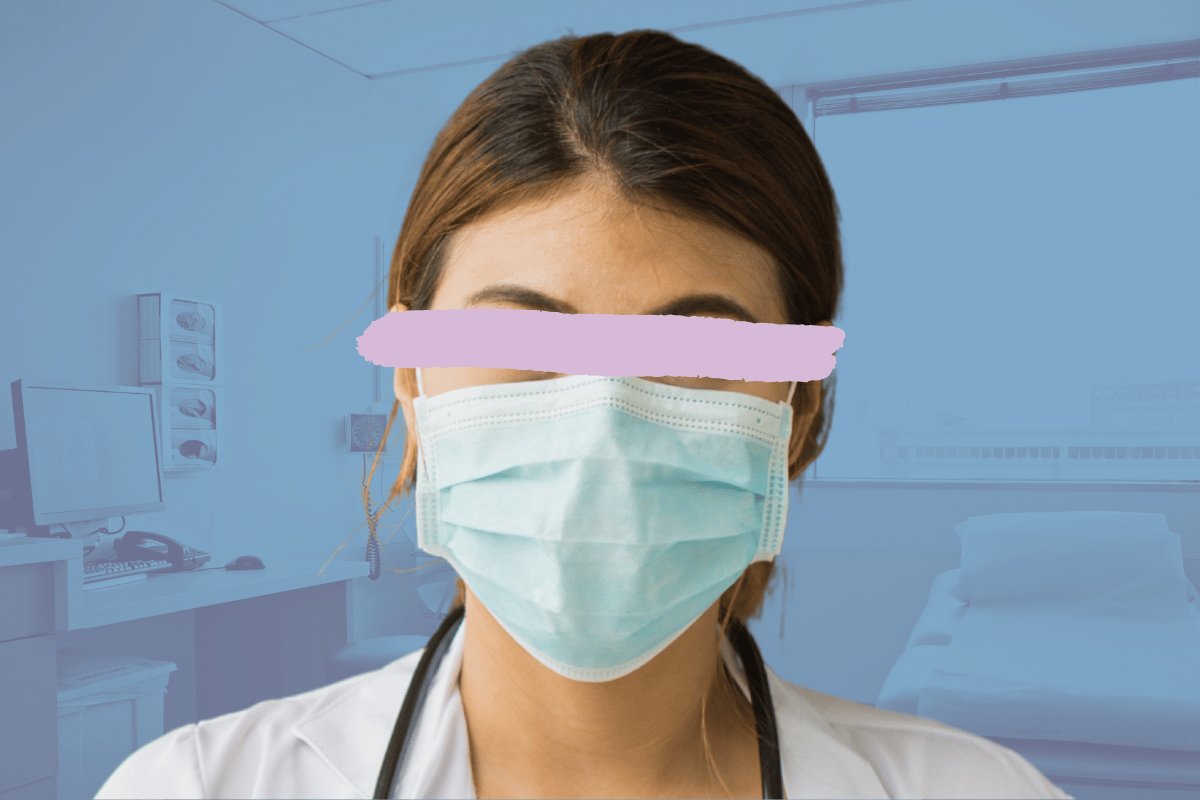 In the past few months alone, Australia's vaccine rollout has been met with both criticism and confusion. And it's not hard to see why.

With only 12 per cent of Aussies fully vaccinated, many have called out the government's delayed rollout, confusing vaccine advice, and the hurdles you have to go through to actually get the jab.

Just last week, TV presenter and journalist Jan Fran posted a thread on Twitter sharing her experience trying to get the AstraZeneca vaccine through a general practitioner.

"The GP seemed miffed that I was even there asking for the jab," she wrote.

The experience was one of the worst I’ve had! The GP seemed miffed that I was even there asking for the jab. You’re under 40 - why don’t you want to get Pfizer, they kept asking, making me feel stupid AF for wanting to get vaxxed pronto.

Not only were they reticent to give me the vaccine - they didn’t even want to talk about it. “We don’t want to talk too much about this” I was told when I asked their opinion on vaccines. I leave with no AZ.

On the frontline, doctors and medical professionals are also bearing the burden.

Mamamia's daily news podcast, The Quicky, spoke to medical professionals to hear about the turmoil some are experiencing behind the scenes.

Here are just some of the issues they've encountered first hand with Australia's vaccine rollout.

Some young people don’t have a GP to talk to who knows their background.

Last month, Prime Minister Scott Morrison encouraged those who wish to get the AstraZeneca vaccine to chat to their GP first.

"The ATAGI advice talks about a preference for AstraZeneca to be made available to those as preferred for those over 60. But the advice does not preclude persons under 60 from getting the AstraZeneca vaccine," he said at the time.

"And so if you wish to get the AstraZeneca vaccine, then we would encourage you to go and have that discussion with your GP."

But as one medical professional told The Quicky, that advice was delivered under the assumption that everyone actually has a GP who knows their health history.

"Young people in their 20s, when they leave home, they leave their family GP and move out of the district, which means that they then don't really have somebody that knows their history very well," they explained.

It can also be tricky for young men in particular.

"Young women may go and get their regular prescription for the contraceptive pill. But young men may rarely go to a GP. So when they say talk to your GP, sometimes young people don't have a GP to talk to, and those that have moved or haven't set up a relationship, that poor GP doesn't have any background to be able to make an informed decision with the patient."

To make things even more challenging, your preferred GP might not even have access or approval to give you the jab.

"If your GP has not put in an expression of interest or has failed to be able to get approval for acquiring the vaccine, and administering it, it means that those patients of that GP then have to find the vaccine at another GP practice. And those GP practices are often not getting sufficient vaccines to then be able to accommodate somebody else's patients."

This means that "often people will go unvaccinated when in fact they wanted to be vaccinated" and people will have to call different GPs to find out if they have the vaccine or have to go to a hub.

The medical professional also said there's no system "that says if you're in these GP practices, you can then go to a named GP practice that does have the vaccine that has to accommodate your request to be vaccinated."

"Only those who've tried to find the vaccine AstraZeneca have realised it's not easy."

Listen to The Quicky's full episode on the vaccine rollout below. Post continues after podcast.

Doctors are informed when the public is informed.

When Scott Morrison announced that GPs would start administering the Pfizer vaccine as well as AstraZeneca, doctors like Sydney GP Dr Brad McKay were caught by surprise.

"We're informed when the rest of the public is informed, we just wait for a politician to get up and say something. And then we try to jump in and change what we're doing according to what's going on there," he explained.

"And GP clinics are sort of still trying to rollout the AstraZeneca vaccine for those people who want it. And then we're having to change what we're doing a little bit and accommodate for another vaccine rollout, at the moment on top of influenza too."

Of course, this has a big effect on clinics.

"Generally, when these changes happen, my receptionists are pulling out their hair, because our phones are running red hot. I've had a number of GPs who haven't been able to use the surgery phone lines because all the phone lines are booked up with people who are calling in. So we can't call our patients. There's just a massive demand."

"We've had people screaming at reception saying, 'Hey, well, I know you've got the Pfizer vaccine already. And you're just not giving it to me.' So there is a lot of misunderstanding, and there's a lot of desperation as well. It's really hard to get angry at people who are really panicked or anxious and just want to do the best for their health or for the family."

Getting the vaccines delivered or administered isn't always simple.

Some GPs told The Quicky that the delivery of their allocated vaccines can be patchy at times.

In these instances, clinics may have to cancel entire lists of patients only to have to re-book them again when the vaccines later arrive.

On the flip side, with the addition of Pfizer, they may also receive more vaccines than they can actually administer. As such, some staff have to pull extra shifts to get the job done.

Medical professionals are struggling to get the vaccine themselves.

One GP told The Quicky that a nurse at his clinic, who has been administering the vaccine to hundreds of people a week, wasn't eligible for the vaccine herself because she was too young.

Percentages of hospital staff who are unvaccinated are also concerningly high.

While there are various reasons for this, The Quicky were told that there are difficulties in getting a vaccine and some are vaccine hesitant.

Others, who provide care for someone in a home, have also struggled to get access to the vaccine.

"People who look after somebody at home with a disability aren't in Phase 1A, they find it very difficult initially to be able to get the vaccine because their family member wasn't in a disability facility," one health professional explained.

"So there's been a lot of errors in the phasing,"