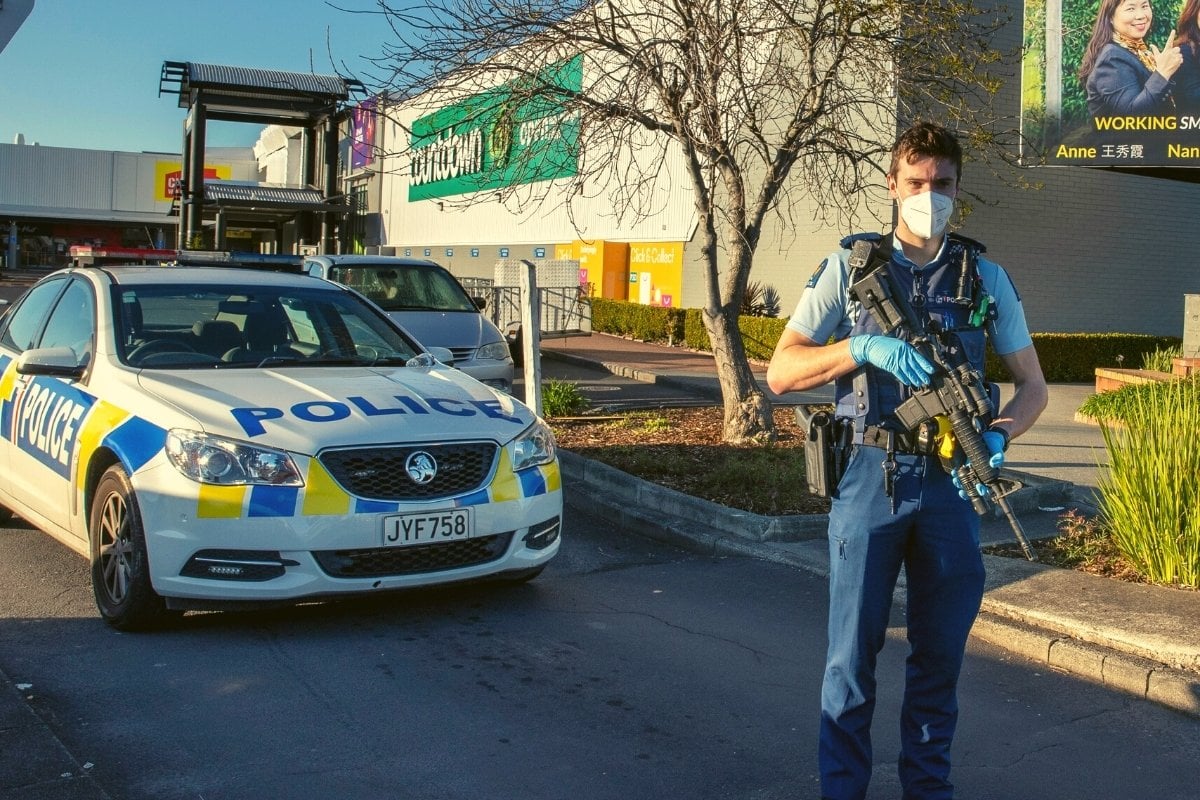 Shortly before 2.40pm Friday, a 32-year-old man walked into a Countdown supermarket in the Auckland suburb of New Lynn.

He weaved through the aisles, past masked shoppers focused on gathering their groceries. As he collected a knife from the shelves, neither they nor supermarket staff knew they were just metres from a violent extremist, a man who had long been identified as a "known threat to New Zealand".

Moments later, the man launched a savage attack on those around him, stabbing six people, leaving one seriously injured and three in a critical condition.

Witnesses from inside the supermarket reported hearing shouts of "Allahu Akbar!" — an Arabic expression meaning 'God is great!' — during the frenzy.

Footage taken on a mobile phone shows people jostling out of the store in a panic. "There's someone here with a knife, whānau [family]," said the person filming. "Holy f***! What the f***!"

Just 60 seconds later, officers from New Zealand's Special Tactics Group closed in with their weapons drawn. When the attacker approached them with the knife, they opened fire and killed him. 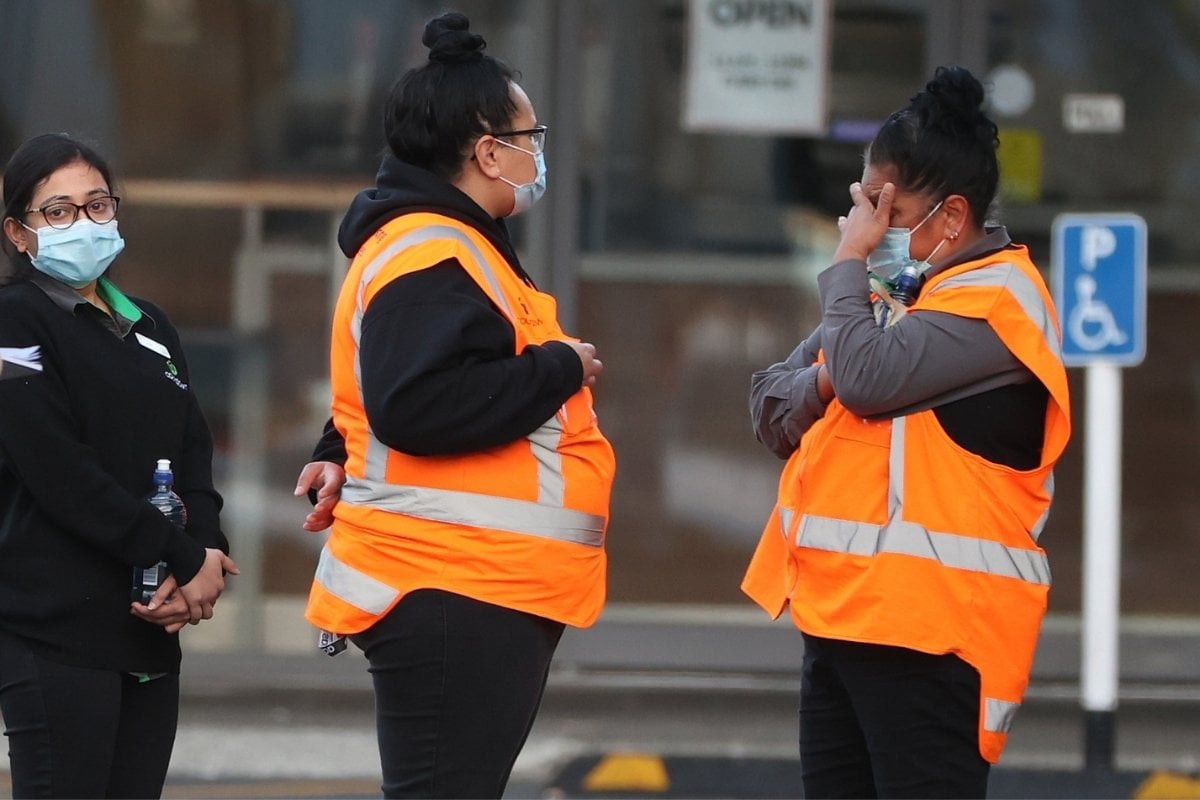 Countdown supermarket staff comfort each other in wake of the attack. Image: Getty.

Friday's minute of terror could have been far longer, the number of victims greater. But police were already on the attacker's tail.

Here's what we know so far about the LynnMall attack.

Who is the LynnMall terrorist attacker?

Speaking at a press conference on Friday afternoon, New Zealand Prime Minister Jacinda Ardern shared that the attacker was a Sri Lankan national, who moved to New Zealand in 2011.

She gave little detail beyond that, as his identity is currently under a suppression order relating to his previous engagements with the court system.

According to local media, that order is due to lift late Saturday or Sunday unless his family applies for it to remain suppressed.

Prime Minister Ardern did say that the attacker had been under 24-hour police surveillance "for some time" having been identified as a national security threat in 2016.

She confirmed he held violent ideology inspired by the jihadist terror group ISIS, but indicated that his previous actions did not meet the threshold to see him behind bars nor legally deported.

"The reason he was in the community was because of our inability through the law to have him anywhere else... That is why monitoring was being used," she said.

"I can tell you that agencies were using every single possible means available to them to protect the New Zealand public from this individual."

‘It was senseless, and I am so sorry it happened’ — New Zealand PM Jacinda Ardern confirmed a ‘violent extremist’ was shot and killed after stabbing 6 people in Auckland pic.twitter.com/xNFfcP1rWd

"What happened today was despicable, it was hateful, it was wrong. It was carried out by an individual, not a faith, not a culture, not an ethnicity. But an individual person who was gripped by ideology that is not supported here, by anyone or any community," she said.

"He alone carries the responsibility for these acts. Let that be where the judgement falls."

Were police expecting the attack?

Police said they had no information that indicated the terrorist had intentions to carry out Friday's attack. It appeared instead that he was undertaking a normal shopping trip.

With that in mind, New Zealand Commissioner of Police Andrew Coster stressed that officers were as close to the man as they could be without compromising the surveillance operation.

"I am satisfied based on the information available to me that the staff involved did not only what we expect they would do in this situation, but did it with great courage," he told media on Friday.

"The reality is that when you are surveilling someone on a 24/7 basis, it is not possible to be immediately next to them at all times. The staff intervened as quickly as they could and they prevented more injury in what was a terrifying situation."