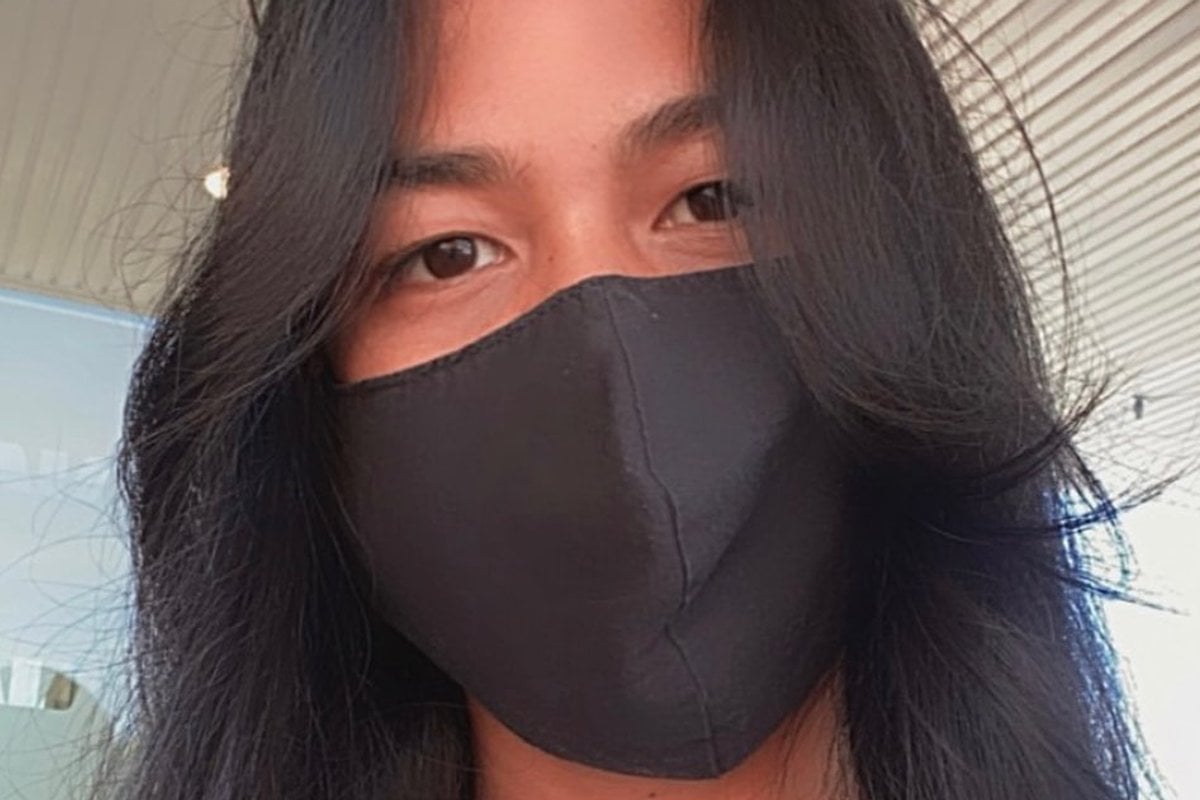 'Reflection’ has become one of those major buzzwords we've heard a lot lately. You’ve probably heard it too along the lines of…

“Lockdown helped me reflect on what really matters,” or:

“I’ve done a lot of reflecting during iso and I want to change some bad habits.”

Sound familiar? Whatever it may be, we have all had these conversations.

Don’t get me wrong, I love my friends and I’m so happy for them, but I couldn’t help but notice the word ‘reflection’ only held positive connotations for a certain type of person.

The type of person who found that lockdown changed them for the better.

But not for me. And as most Asian Australians will probably attest, the only thing I can seem to reflect on is a new outbreak of xenophobia.

People have told me over the last year things like “We’re all in this together” but in all honesty, I don't believe them. How can I? A single trip to the supermarket is basically like flipping a coin.

Land on heads and you’ll be blamed at the check-out for bringing the virus into Australia. Tails, you’ll be greased off about seven times as you make you way through the toiletry aisle.

Was I shocked to find out I wasn’t the only one going through this? Not really.

In a survey conducted by the Australian National University, almost 85 per cent of more than 3,000 Asian Australians admitted to experiencing racial discrimination between January and October 2020. An increase of three per cent since 2019.

I know three per cent might not seem like a huge increase, but it’s a big enough difference for me to start questioning whether I am actually welcome in my own community, a county that likes to call itself "multicultural".

So, upon reflection, here are six things I've learned living as an Asian Australian in the year since the pandemic begun.

For most of my life, people would always just assume I was Chinese. Always. ‘Ni Hao’ or ‘What part of China are you from?’ are easy go-tos.

Pre-COVID, the racial ignorance would normally stop there…

In 2020, when I was on my permitted hour walks in Melbourne or doing some essential shopping it would just be passive aggressive stares at every turn.

Some people looked afraid of me, others looked at me in disgust as if they couldn’t believe it was ‘my kind’ that brought this virus here. As I would creep past other shoppers, I would always hear whispers of:

‘This is all China’s fault.’

‘They would be used to wearing masks where they’re from.’

In the end, it became preferable to be locked down at home, than being singled out in public.

2. You are now just guilty – of pretty much everything.

Aside from you know… being blamed for the whole pandemic, there have been a number of things Asian people are blamed for for no good reason. It’s bad enough I get eyed off by everyone if I’m standing too close to the baby formula, but can the social policing of Asians stop?!

I don’t need other customers asking me how much is in my trolley or for people to read out the product rules to me slowly like I can’t understand.

If you’re wondering why this is, media coverage sure hasn't helped. An article published in The Age titled 'Shoppers empty shelves as virus panic takes hold,' led with an image of seven Asian Australian shoppers wheeling out full trolleys.

It's the perfect example of how Asians are painted in mainstream media.

3. You WILL be the butt of all jokes.

While discussing anything to do with coronavirus or scrolling through any comments thread on Facebook, you will definitely see someone say;

Please. Just stop. This isn’t making light of a situation. You’re only tapping into the racial stereotype that everything from China is cheap or poor in quality.

Another fun one people do is cough around me and chant ‘coronavirus’… Yup, real funny guys!

4. It’s assumed you are diseased.

The big question on everyone’s mind is... Are you infectious? Of course I don’t really know if that’s what they're thinking. But their subtle actions make it pretty obvious. Let me play this out for you.

Imagine you’re waiting in line for coffee. You place your order and the cashier accepts cash from every person in line, except you. I get money has germs, but why just my money? Do I have extra germs?

5. As a victim of racism, your experiences will always be downplayed.

The saddest realisation for me has been despite all these traumatic experiences, racism will still be denied as a problem in this country. That's why these incidents aren’t reported. People ask me constantly why I don’t make complaints or go to the police. It's because every time it’s the same excuses, like:

“Racism and racist people are not to blame here. Everyone is emotional and acting out of fear of the pandemic”.

“This is not personal, and people are just letting out built up frustration.”

I like to consider myself an optimist. Even in the worst of times. The upside to everything I’ve gone through is having people bravely share their stories with me on social media in solidarity and companies and larger platforms giving us a voice during an incredibly triggering time.

Especially in the wake of the tragic killing of eight Asian-Americans in the US.

I really hope now is the time for everyone to reject racism, start having conversations and call out any and all forms of racism, be that a 'joke', abuse or discrimination.

And to all my Asian friends and family, you deserve to feel welcome and safe in your own communities.

You are not the virus.