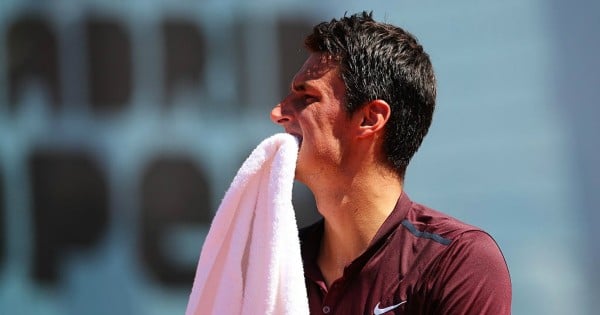 Sport used to be the domain of role models. As parents we could take our pick because on fields, tracks and courts everywhere you would find the kind of individual you wanted your child to look up to. Someone who worked hard for their position, whose dedication and determination got them where they are. Someone whose character was one of substance. Someone who respected their sport and wanted the world to see it. But it seems the age of the sports star role model is dead.

I always planned on encouraging my kids to follow sport. I was a keen tennis player and as a young person I got a huge amount out of immersing myself into the culture. When times were tough I knew that sport was there. It was a healthy distraction from the everyday; something that was mine. I could work towards being better, I could feel success and experience defeat. It was an outlet that provided only good things.

I would idolise the players of the day. Those who earned their place and did their country proud. The whole nation was behind them when they competed because as an individual they encompassed everything that we wanted the world to see about our country.

They accepted that their place at the top came with responsibilities and knew that children looked up to them. They conducted themselves in a manner which was professional. And that exactly is what is missing from those keeping the top spots warm today.

So who exactly do the kids have today?

Well tennis has given us Nick Kyrios and Bernard Tomic; two ‘gentlemen’ who’ve spent more time in media for their outlandish, cocky behaviour than they have for any actual tennis ability. Run ins with the law, arrogance beyond belief and downright bad sportsmanship. This is not something the country is proud of, in fact seeing these men represent Australia makes me cringe. They are not national icons in my eyes but embarrassments.

As a tennis fan, get it together or get off the court. Bernard Tomic. Image: Getty

The most recent media coverage of Tomic was when he gave up on a point in Madrid. He simply gave up (but that's a separate issue.) Naturally the media was curious and when asked about it he simply responded with "If you were 23 and worth over 10 million would you care?" Classy, no?

And Kyrios, well he famously chose to sledge his opponent by claiming his mate "banged your girlfriend." It was a change up for fans who are no doubt used to his childish short temper on show in between his colourful on court language.

Ok so Australian Tennis seems to be fresh out of idols at the moment.

How about football? That's almost laughable. You can't turn on the T.V. without hearing the words NRL and scandal in the same sentence. There's more action off the field than there is on it. We've had sexual assaults, gambling, drinking issues, drug taking, domestic violence, assault, urinating on other people, arson, disorderly behaviour and some seriously high brow videos of players simulating sex acts with animals and engaging in 'bubbling' (which, for those who are not familiar is the act of urinating in one's own mouth). Oh, and that was just in the last twelve months.

So you can't judge a sport by it's players. Well, you can really but okay, let's press on.

Let's look at the NRL themselves and what they're doing to address all of this. Cover ups, mob mentality and boys club crap. Or perhaps the clubs are too busy trying to cover up their salary cap infringements that they're too busy to notice what's actually going on?

Maybe AFL is the winner then? I mean, NRL is notorious and AFL is far more family friendly I've heard. Oops, there's Collingwood players ruining that by sending nude pics of themselves around. I mean, give them a break, that could just be a private moment between the players and their wives. Except the pictures were sent to women who were not their wives.

A quick look into the AFL's history shows a colourful year of violence against women, assaults and alleged affairs with underage girls.

Brawls, assaults, fans being attacked at games, indecent behaviour and grooming of underage girls online. Oh, and that's the management as well as the players.

Professional sport people, it's time to step up to the role with decency and respect, and to appreciate that your position is multi-faceted. Sure, you play a sport but it's so much more than that. You are the picture on the wall of some kids bedroom. You are the idol they dream of being one day. You are the one whose pictures they may have collected in days gone by but these days, they're googling your name and anything and everything about you is out there for them to read.

When your time in the spotlight is done it is your character which will be remembered. The moments of true sportsmanship, the incidents where the whole nation was behind you, cheering you on in victory. If you can't rise up and be the kind of professional that parents would feel happy about their child idolising, please move along and make space for someone who can.

the good ones really just have good publicists