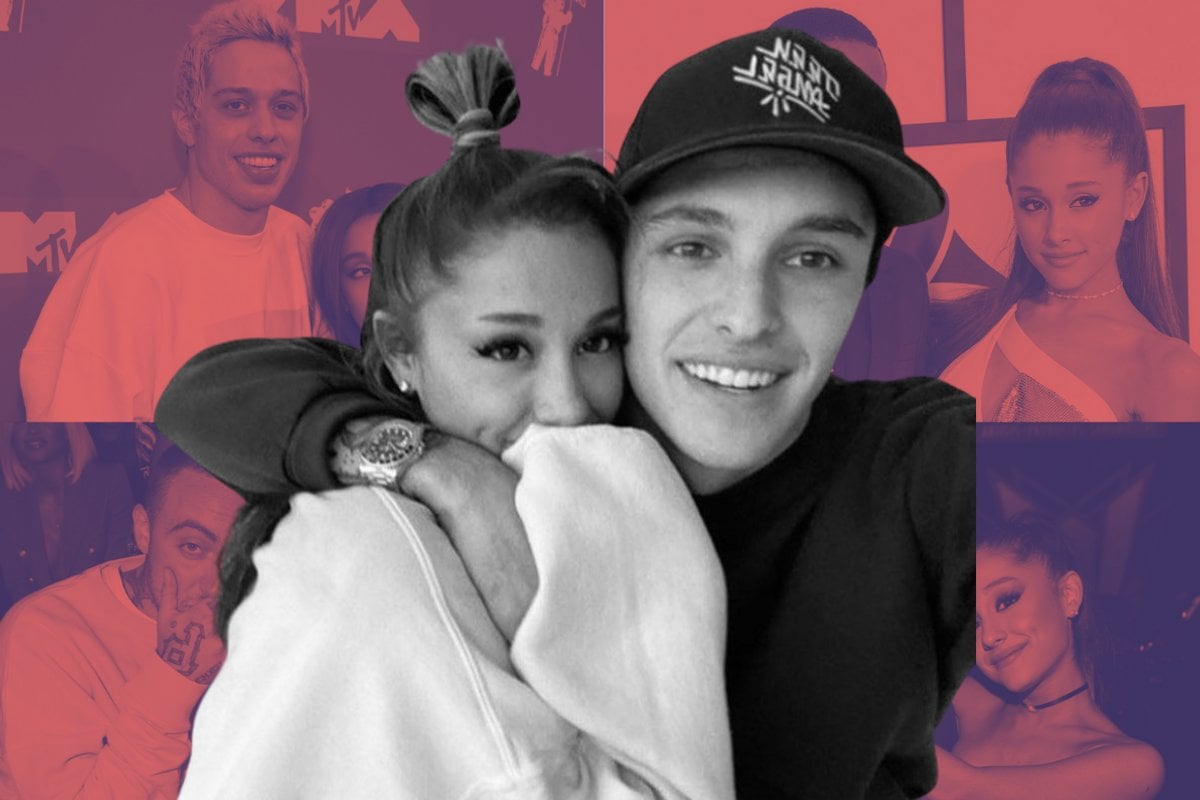 After getting secretly married earlier this month, Ariana Grande and Dalton Gomez have shared the first photos from their intimate wedding.

The singer and luxury real estate agent were married at Grande's home in Montecito, California on May 15.

"It was tiny and intimate — less than 20 people. The room was so happy and full of love. The couple and both families couldn’t be happier," Grande's representative told People.

The pair first announced their engagement in December 2020 after 10 months of dating.

Although it's unclear how the couple first met, Gomez, 25, works in Los Angeles as a luxury real estate agent.

Amid the couple's wedding news, we decided to take a look back at Ariana Grande's relationship history.

If you're an Australian under the age of 25, you'll probably remember The Janoskians.

The Melbourne group quickly gained traction online when they started their YouTube channel in 2011.

And once Ariana Grande got involved, the group blew up overseas.

In 2012, two members of the group, twins Jai and Luke Brooks, started a competition to see which one could get Grande's attention.

After Grande's mother, Joan Grande, saw the group's YouTube video, she told the up-and-coming singer to respond to one of the twins. 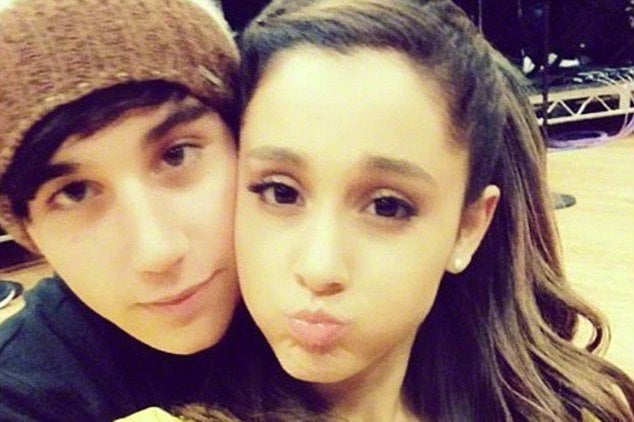 The pair went on to date for a year from October 2012 to October 2013. During that period, the couple travelled back and forth between Australia and the United States to spend time with each other.

They later broke up in October 2013, after Brooks publicly accused Grande of cheating on him with The Wanted singer Nathan Sykes.

"Yes, I was cheated on. Yes, it does suck. Yes, I was left for another man," he wrote on Twitter.

Grande denied the rumours, claiming that Brooks was just trying to get his "15 minutes of fame." 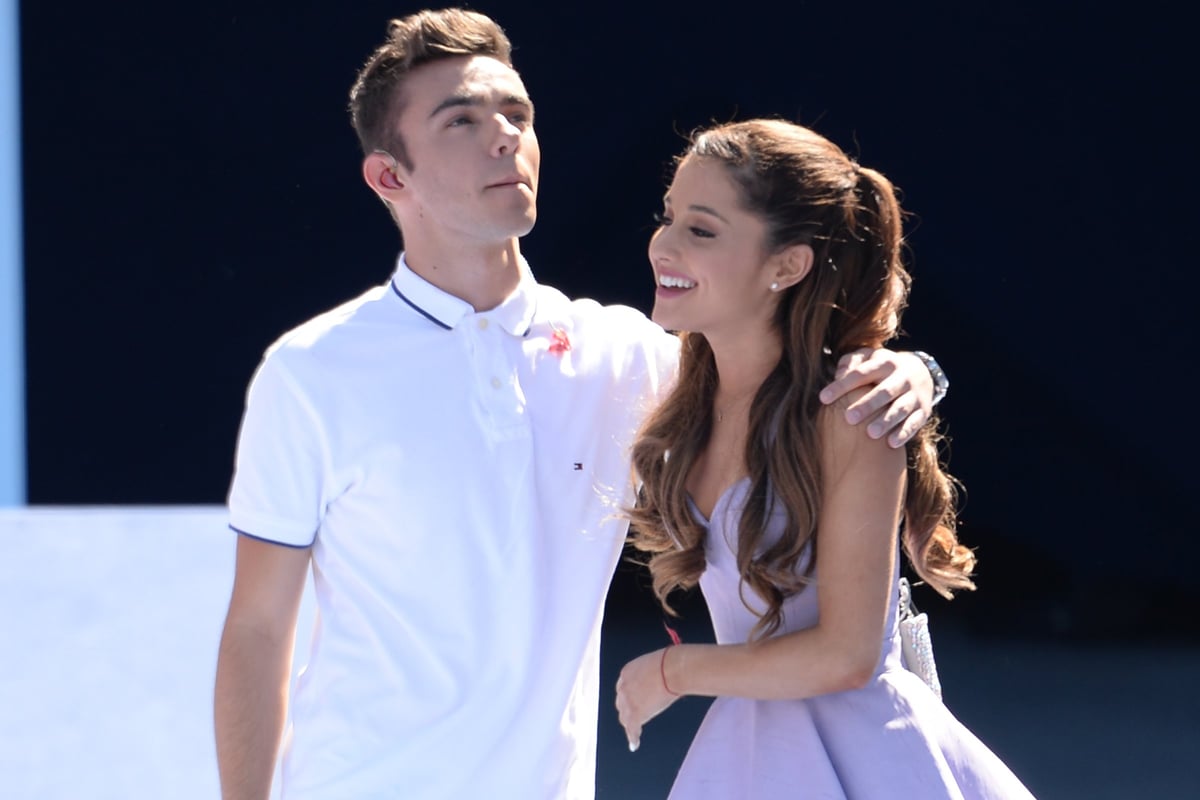 After denying the cheating rumours, Grande actually went on to date Sykes for four months.

The pair first met after collaborating on Grande's song, 'Almost Is Never Enough'.

But in February 2014, Grande confirmed they had split.

"We broke up a little while ago, but he’s a really good friend," she said in an interview.

"He’s so talented. I am so glad to have met him and have a friend like him in my life. He’s an amazing person. It was very civil. It was mutual." 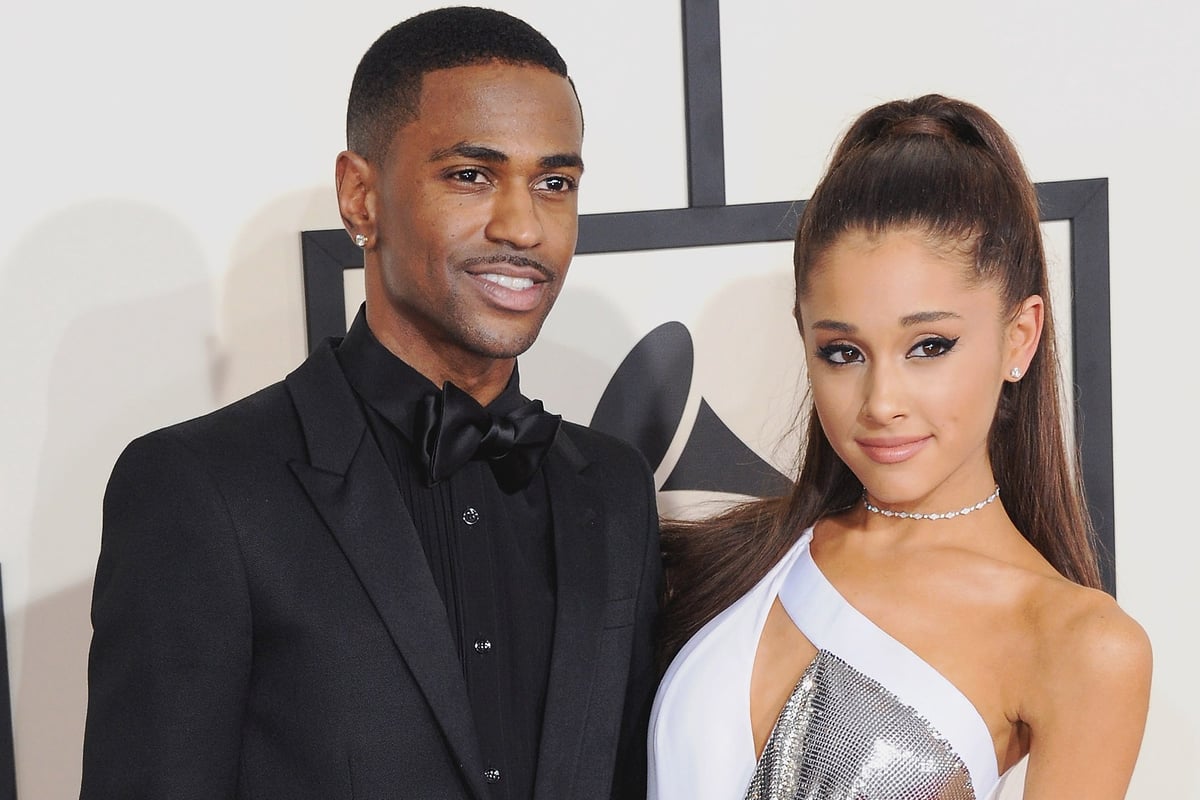 From October 2014 to April 2015, Grande dated Big Sean. Their relationship began shortly after the rapper called off his wedding to late Glee actress Naya Rivera.

After splitting up after eight months, the couple's reps told Us Weekly in a statement: "They both deeply care for each other and remain close friends. We kindly ask that the media respect their wish for privacy regarding this personal matter at this time."

Grande later referenced the rapper in her infamous song, 'Thank U, Next', singing: "Thought I'd end up with Sean, but he wasn't a match." 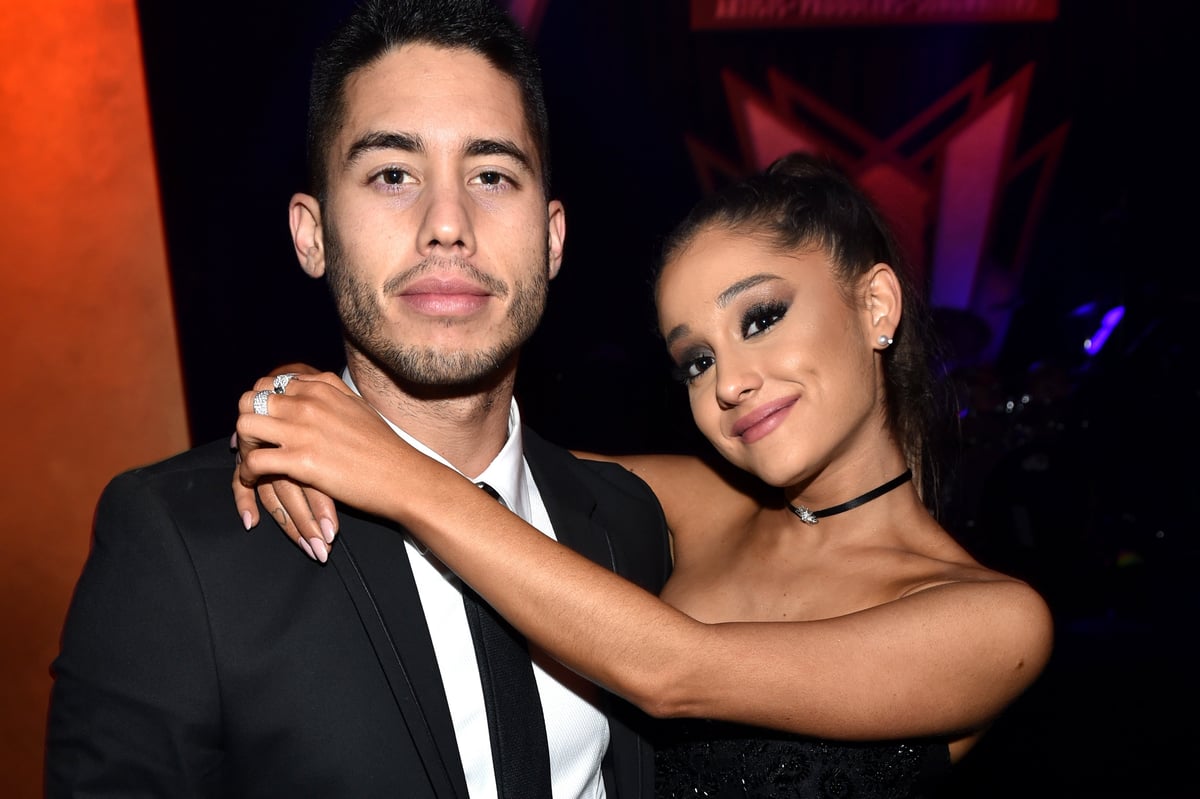 The rumours began when the pair were seen kissing in Grande's infamous #DoughnutGate incident. (In case you've forgotten, Grande was investigated after she was filmed licking a doughnut on a counter at Wolfee Donuts in California.)

Afterwards, Grande and Alvarez dated for a year, before breaking up in July 2016.

Much like Big Sean, Alvarez was also named in 'Thank U, Next'. 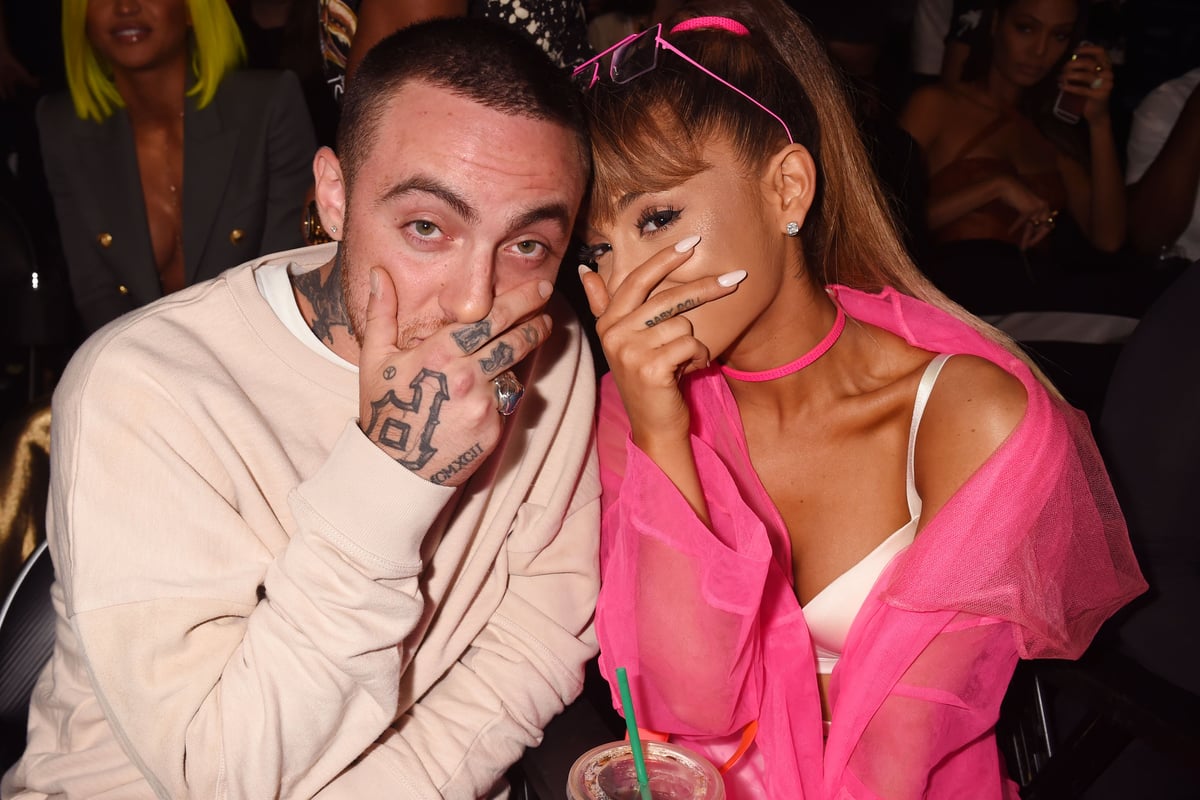 Although there were rumours the pair were engaged, the couple announced their split in May 2018.

"This is one of my best friends in the whole world and favourite people on the planet," Grande wrote, sharing the news on Instagram.

"I respect and adore him endlessly and am grateful to have him in my life in any form, at all times regardless of how our relationship changes or what the universe holds for each of us!"

Days later, Miller was arrested for hit-and-run and drunk driving after totalling his car.

At the time, many fans blamed Grande for the incident, leading the singer to open up about the end of their relationship.

"I am not a babysitter or a mother and no woman should feel that they need to be," she shared.

"I have cared for him and tried to support his sobriety and prayed for his balance for years (and always will of course) but shaming/blaming women for a man’s inability to keep his shit together is a very major problem. Let’s please stop doing that."

A few months later, Miller passed away in September 2018 following a drug overdose. He was just 26 years old.

After the news broke, Grande posted a black-and-white photograph of Miller, looking up at the camera, on her Instagram account.

In an interview with Howard Stern, Davidson explained he met Grande at her apartment on the night of the Met Gala to hang out with mutual friends.

After hanging out for a few hours, Davidson made his move.

"I'm so stupid and unaware of how chemistry and all that stuff works. I literally was like, 'Hi, can I kiss you please?'" he told Stern.

"Everybody left, and then it was just me and her. And I was like, 'Well, if there was ever a shot, it would be now. Go for it.'"

Within one month of dating, the couple were engaged. According to TMZ, the ring cost nearly USD$93,000.

Davidson has previously shared that he went shopping for rings immediately after he began dating the singer. 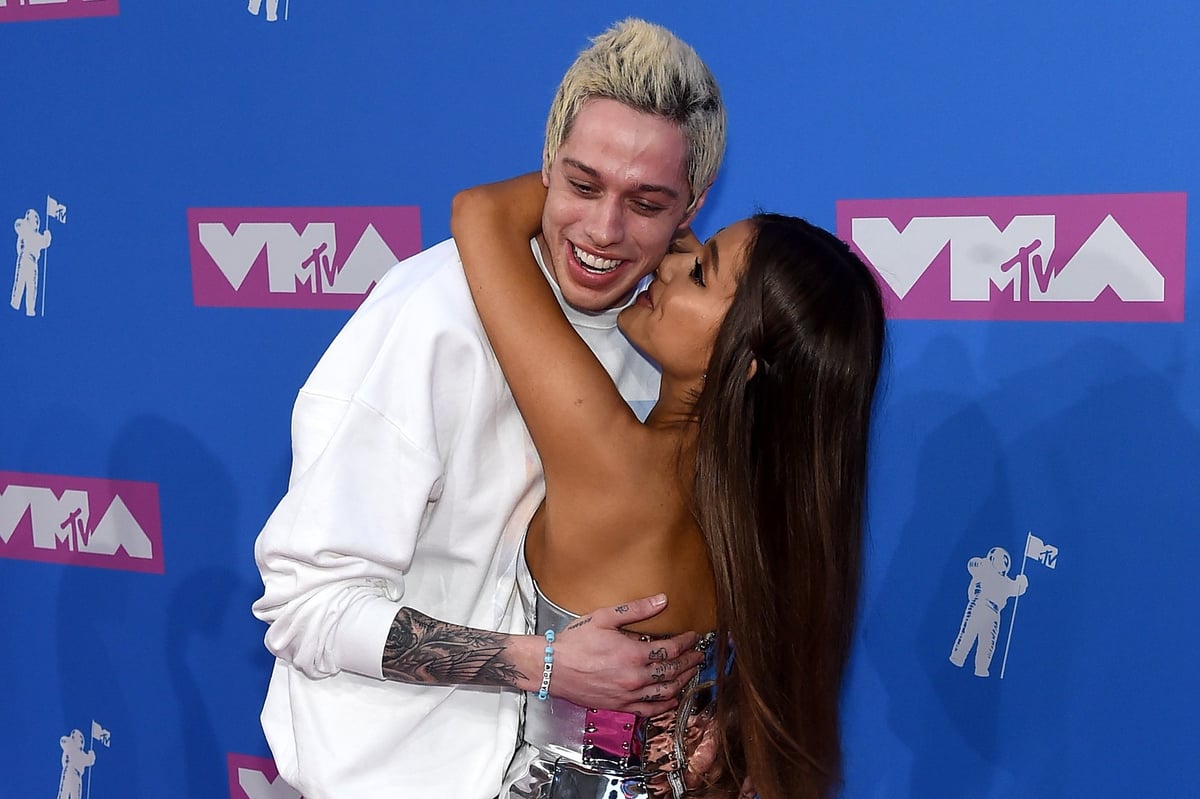 "She was calling my bluff. I sent her a picture [of engagement rings]. I was like, 'Do you like any of these?' She was like, 'Those are my favourite ones,' and I was like, 'Sick.'"

In June 2018, Davidson also got a number of tattoos in honour of Grande. The couple also moved into an apartment together in New York City.

"It was way too much too soon," an anonymous source told People in October 2018. "It's not shocking to anyone."

"I met Pete, and it was an amazing distraction," she told Vogue.

"It was frivolous and fun and insane and highly unrealistic, and I loved him, and I didn't know him."