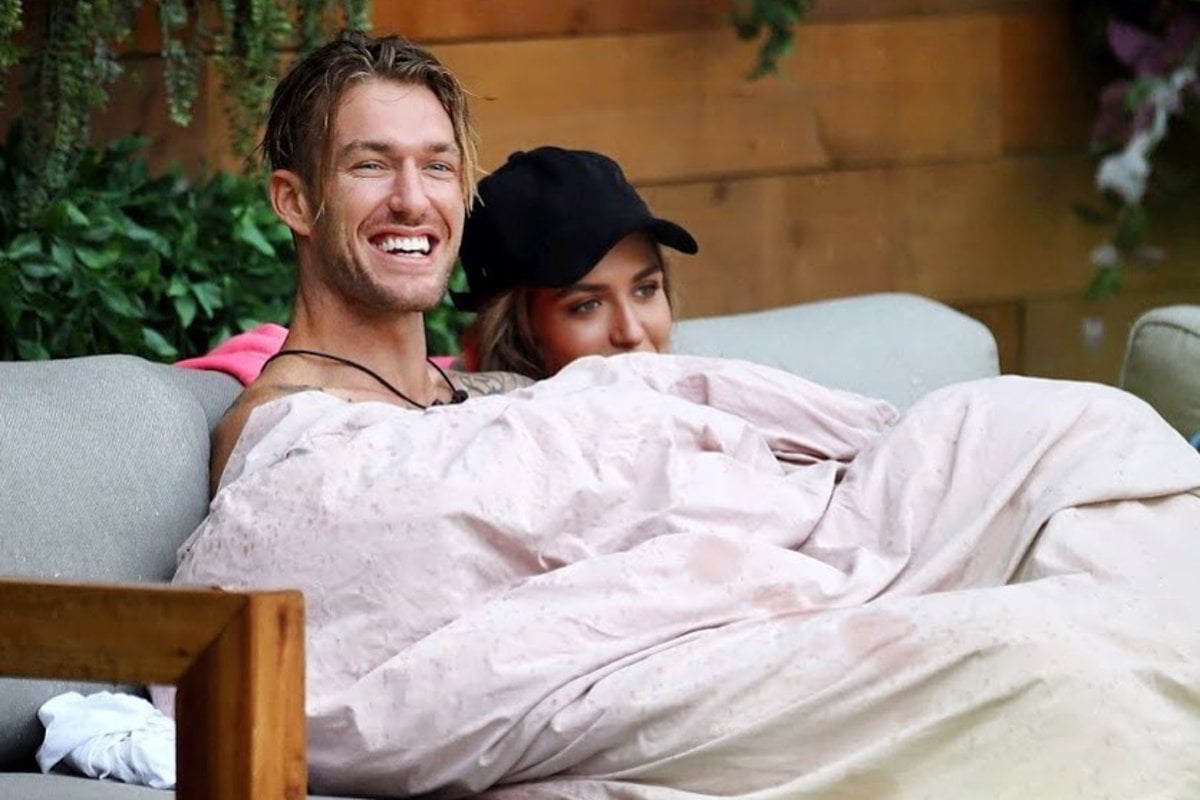 Big Brother has wrapped up for 2020, and despite its rather underwhelming start it found a very special place in our hearts and we miss it already, ok?

This week, we watched on eagerly to see whether bromance or romance would triumph, and celebrated with Chad Hurst and Sophie Budack as they won the final challenge.

It was all very happy and exciting, and we sat down on our couches last night, ready to see a joyous reunion between the pair, only to be left very confused at the finale when Chad and Sophie seemed weirdly... distant?

Now yes, we didn't get a recap of the months between the last episode of Big Brother and the finale, which may explain a little awkwardness.

But some things Just. Don't. Add. Up.

So, I took it upon myself to investigate the validity of said relationship and make an educated guess on whether the Soph and Chad are still together.

The rumours of a "fake relationship"

A few weeks ago, a theory popped up claiming that Chad and Sophie's on-screen romance was really a strategy by Sophie to win the game.

"Producers were desperate for a love story," a source told Woman's Day.

"Sophie is very competitive and wanted to win, so she definitely was playing the part of Chad's love interest for the camera."

The source added: "Most of the scenes where we're shown a 'giddy' Sophie talking about Chad were cleverly edited – she was just talking about most of the hot guys in the house and dating in general."

This rumour was supported by ex-housemate Keiran Davidson, who questioned whether their connection really was genuine in an interview with TV Week.

"The Sophie-Chad dynamic is interesting. It makes me think, 'Is this legitimate or just being played for the audiences and housemates?"

Their relationship since leaving the house

In an interview with TV Week, Chad revealed that he and Sophie had not seen each other since their last night in the Big Brother house.

When asked how the pair have been adjusting, Chad didn't specifically mention that they were ~romantically~ together, and in my humble opinion, things just seemed a little weird.

"Well, corona went ham on everything, so she got sent back to Northern Territory and I went straight back to Sydney, so we haven't to see each other since the show finished," he started.

"But we call each other with each episode and we've been chatting through messages.

"[The finale] is when I'll see her next. It'll be really good - we deserve it, we can have a good old drink together finally."

In the days following the announcement of the final three housemates, Instagram stories and posts of the cast celebrating were in abundance.

Almost all cast members were spotted out together at karaoke, grabbing lunch and going for walks.

Reunited with @allanallanallan_ in Sydney! #BBAU

All except Chad and Sophie...

Knowing that this would be the first time Chad and Soph would see each other after months had us excited. Very excited.

Yes, they were socially distanced (which seemed a little unnecessary considering the hugging that went on as soon as Chad was revealed as the winner, but okay) and the pair appeared friendly as they stood next to each other on stage. 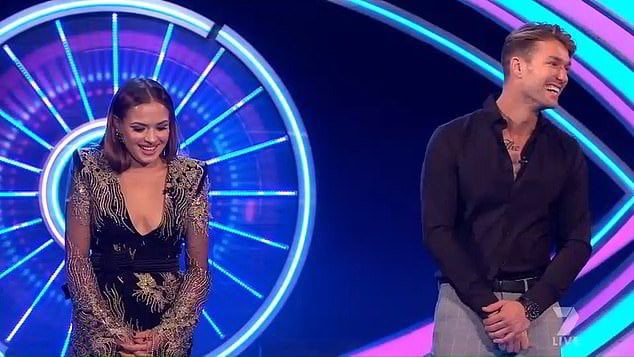 So much... romance? Image: Channel Ten.

Then host Sonia Kruger asked the question we had all been waiting for. Finally, we would have our answers.

"Chad, Sophie, you were romantic in the house," she started.

The pair laughed uncomfortably until Sonia clarified: "Are you guys dating? Are you seeing each other?"

Chad responded that they have had little time to catch up and he's looking forward to spending more time with her.

Which brings us to this morning.

As is customary, the pair have been doing interviews and Chad finally gave his first semi-direct response on Perth's Xavier Jules and Pete's radio show.

When asked "Are you guys still together?" he responded: "Yeah! [Soph's] finally back in Sydney now and I didn't really get to see her... Now we can finally spend some time together and catch up," adding that the pair would be splitting the winnings.

"The winner gets a little bit more, but yeah."

Host Jules pointed out that couples usually split a few months after leaving their reality TV shows and questioned whether splitting the cash was a good decision.

Arhh Speechless. Honestly thank you so much Australia it means a bloody lot to me ❤️ arhhh!!!! And thank you @bigbrotherau for the letting me In your house. Love you maa! All for you dad❤️ #moralsovermoney

Now, after compiling the evidence, the final verdict is... are Chad and Soph dating? Sort of. ﻿

Do we think the novelty may have faded when the pair left the house and entered the real, COVID-stricken world? Possibly.

Do we think it may be a little awkward to see each other for the first time in months, after watching your 24/7 relationship play out on TV? Yes. Very much yes.

What we do know is that the pair are still very close, and will see where things go now that they're out of the game.

The jury is still out on this one, with the comments on both Chad and Sophie's Instagram split on the verdict.

Do you think Chad and Sophie are still together? Let us know in the comments.