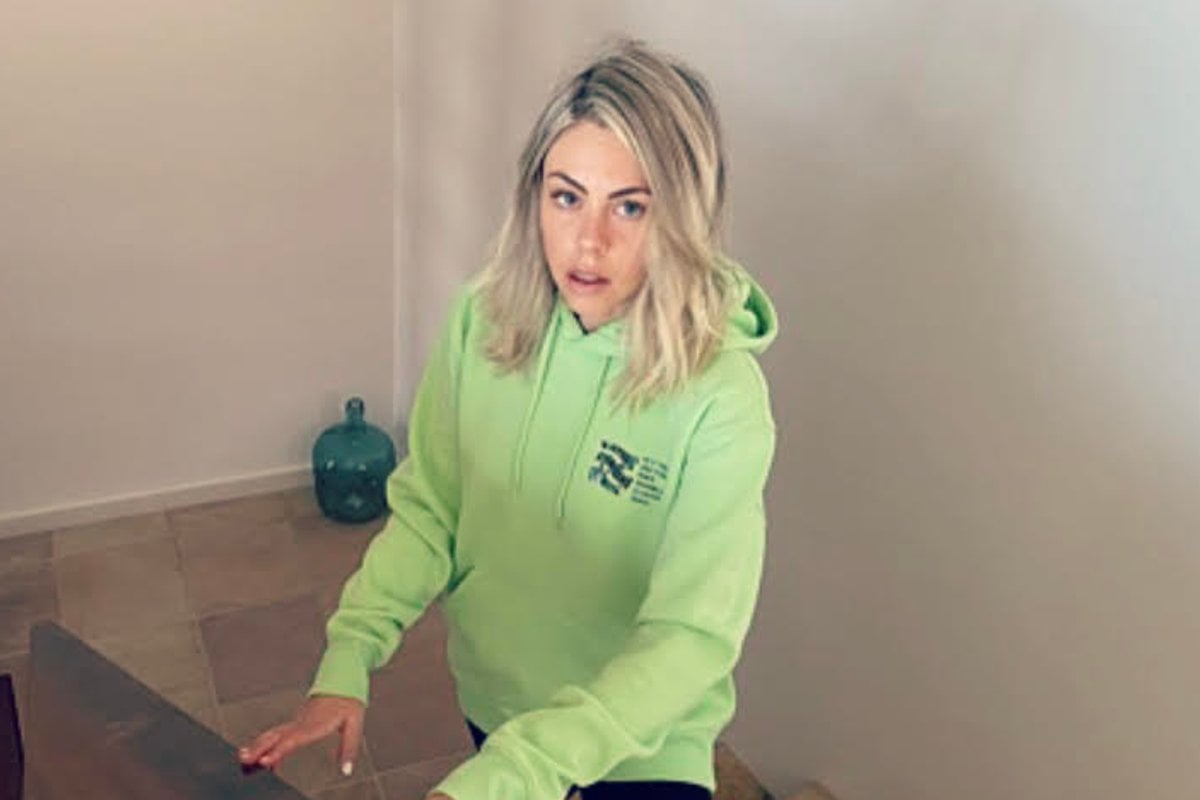 As the magistrate read out Annabel Walker's sentence for a series of fraud offences in September 2020, the 32-year-old shouted out to her devastated parents, "don't worry, I deserve this."

Speaking to Mamamia's No Filter podcast, a month after being released from eight months behind bars, the NSW woman says she knew she was "gone" when the doors at the back of the Downing Centre Local Court opened as the magistrate delivered her verdict.

"My heart just sank," she told Mia Freedman. "I'd been told before that's where the sheriffs come from to cuff you."

Listen to the full interview on No Filter below. Post continues after podcast.

Until that moment she hadn't properly considered she'd actually go to jail for the series of lies, deception and theft that'd put her in that courtroom. She was confident her letter of apology and prior clean record would be enough to save her from a jail cell. On that Wednesday afternoon, Walker thought she'd be getting an intensive correction order, to be served in the community.

"I just thought surely not. And even the duty solicitor that was on that day had said to me, 'there's no chance they'll send you'," she said.

Walker had represented herself on the day of her sentence. As she told No Filter, she'd been unable to come up with an owed $10,000 for her lawyer the day before, so she entered the courtroom alone.

"The magistrate actually said to me, do you want to go for an adjournment? [But] I'd had enough. I was at my wit's end. Never [have I] had depression in my life, but I was at the point where I was almost suicidal. I just needed it [the court process] to be over."

In handing down an 18 month sentence, with a non-parole period of 12 months, Magistrate Susan McIntyre described Walker's offending as "fundamental and flagrant breaches of trust."

All up, the Bowral local swindled tens of thousands of dollars in goods, cash and services from employers, her boyfriend, her parents, strangers and friends. Once caught, she plead guilty to all charges. 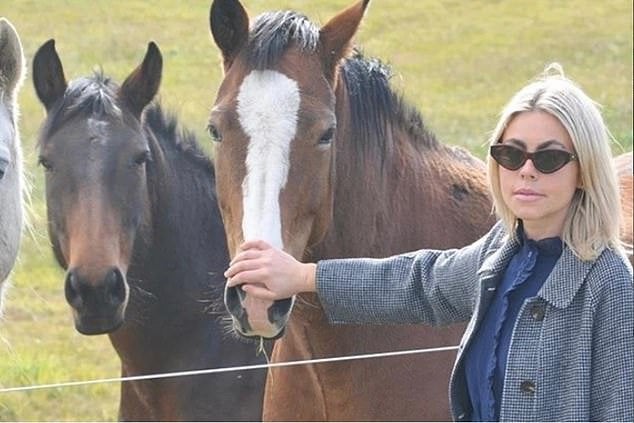 "I hope one day that I can speak to them in person and say I'm sorry." Image: Instagram.

"From the moment I was taken [into custody after being sentenced], my brain just switched over and I went into, 'okay, this is what's happening.' And I just thought, you know what, I have done some terrible things. But it has finally caught up and I deserve to be punished," she said.

Walker remembers looking over at her mum's face as she was put into handcuffs while in floods of tears. "She couldn't even look up. She was so devastated," she said.

Three floors below the courtroom, Walker was strip searched, and put in "a tiny confined space" and left to her own thoughts. No one told her what was happening next. Or where she was going from there.

"I think they want you to know, look, it's not going to be easy. There were some cruel times...  think some people might have a little chip on their shoulder and think I'm gonna play God and make this tough for someone. I was in my black dress from court... and I was then sent to Surry Hills for two nights because there wasn't room at Silverwater [prison]. So you're in a holding cell with five other women, and I walked in hysterical."

Walker ended up being sent to Dillwynia Correction Centre in north west Sydney, to serve what would end up being an eight-month stint. On appeal, she was released in May 2021.

In prison, Walker says she had a target on her back because she was well spoken and "oblivious" to the happenings of jail. As she told the podcast, "what I saw in there...I can't unsee. What we see as bad, and what they see as bad, are two very different things. "

Locked in a cell with 12 people from 3pm until 8:30am the next morning, Walker says there're no cameras during that time and "if something happens, you're in a lot of trouble."

Between the fights and drama and politics of prison life, Walker says "you don't have time to be bored because you are constantly in either fight or flight wondering what's going on."

Walker remembers the first time she stole something, she put a charge on her parent's credit card. She thinks the behaviour was born from an eating disorder she had as a teenager that sent her spiralling.

"I remember thinking shit. This is a breach of trust. And you'd think from that moment, that would have been it. My biggest problem was not addressing it then...it got so bad that it was the saying 'robbing Peter to pay Paul'. I was constantly trying to keep up this life and lifestyle that I was in but I didn't do it the right way. It all sort of just became this huge web of crap that I just could not get on top of."

Walker was convicted of swindling $17,000 from a former employer - using a corporate credit card to buy everything from dresses to fancy dinners to alcohol.

Other victims included someone who paid $550 for an iPhone she was selling but never delivered, and an unpaid bill of $7200 for 2018 New Year's Eve accommodation.

She says there were other victims - loved ones - who never pressed charges out of embarrassment, "and that is something that I live with every day."

"I never once felt good," she said, of her crimes. "It was usually to get myself out of something else or someone off my back."

She was also later charged with lying to police, after doctoring false documents to get out of reporting for bail. Walker told No Filter, she hadn't told much of her inner circle about the trouble she was in, and was still "trying to be at certain things, trying to cover still."

Since leaving Dillwynia, Walker says she's been finding it difficult to rejoin society.

"On the second day I got out I had lunch with some friends in Manly, and it was just way too soon. I was just totally overwhelmed. You've been in a confined space for eight months, you haven't been outside at night because you're locked in every day at 3pm. So you're sitting there and nothing feels right. Noises set you off. You feel like you've got a sign in your head that says 'I just got out of jail'. And I still feel like that everywhere I go. And it's awful."

"I’m struggling terribly post release, I’m scared, I’ve lost so much and I have felt at times like I wish I was back in that cell after now feeling so detached from the 'real' world. This is coming from a girl who has a house to go to, has support... but the moment you are out of those gates - there is just no preparation for release, or follow up. It's so easy to see how people go back into jail, with no purpose, home, food, safety or routine."

With her newfound freedom, Walker wants to dedicate her time to raising awareness and funds for women's prison and justice advocacy.

"It's very hard, once you've worn green, to lose the stigma of 'I am a criminal.' I will always obviously have that title. But it doesn't mean that I can't do something positive with it," she told Freedman.

As for the people she wronged. Walker says she "can't wait" to prove to everyone that's she's not the same person anymore.

"My web of destruction is gone," she said. "I will never commit another crime, you can hold that to me. Nothing's ever going to be normal. I've gone to jail. But for my new normal, it is about honesty and rebuilding.

"That might be hard for some people to believe but I know that they'll see it in time," she told No Filter.

Reply
Upvote
1 upvotes
This was a  hard podcast to listen to!
It was either a thinly veiled PR stunt on Annabel’s behalf or the musings of someone mentally unwell. I’m not sure which scenario is worse. The contradictions & lack of self awareness were astonishing. I lost faith when her opportunity to address her victims centred on her image, not an apology. I feel the podcast occurred too early in the journey & highlighted a fragile & narcissistic being in need of help. A tough listen, even for a big fan of the podcast.
C
cjr 7 months ago