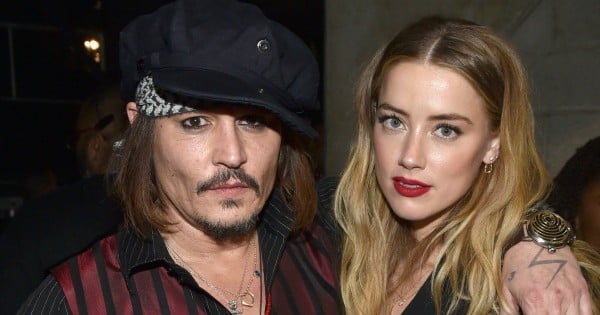 Actress Amber Heard has been granted a restraining order against husband Johnny Depp, after he allegedly smashed an iPhone into her face.

Heard, 30, showed up at a Los Angeles court on Friday with a bruise on her face, claiming Depp physically assaulted her last Saturday 21 May at their apartment.

She allegedly also claimed it was not the first time Depp has abused her physically and verbally, according to TMZ.

UPDATE: We obtained this pic showing Amber with a bruise around her eye. For more visit https://t.co/43QxtTAtRW pic.twitter.com/bTJTE0mP2u

Pirates of the Carribean star Depp, 52, reportedly “shattered various objects,” pulled at Heard’s hair and hit her during the outburst, which occurred the day after his mother died.

According to TMZ, police attended the scene of the incident but Depp fled when they arrived. Investigators reportedly took a statement from Heard and wrote up a report.

Depp allegedly offered Heard money to keep quiet about the shocking incident, but she instead filed for divorce two days later.

Heard told the court Depp is abusing drugs and alcohol, and has a "short fuse" that blows any time she questions his authority, BuzzFeed News reports. The Rum Diary actress, who married Depp in February 2015 in a small ceremony on his private island in the Bahamas, also claims to have a video that shows Depp beating her.

In court, Heard was granted a temporary restraining order against the actor, meaning Depp must stay at least 100 yards away from Heard.

Depp is out of town and did not appear in court, but was represented by lawyer Laura Wasser. Wasser argued Heard was just "attempting to secure a premature financial resolution by attempting abuse" by filing the motion.

Heard and Depp have not commented on the alleged domestic violence incident. However, a Hollywood source reportedly told the New York Post: “Johnny Depp has a substance abuse problem and this isn’t the first time this has happened [to Amber].”

Another source reportedly told PEOPLE: "This was not an isolated event."

On Thursday, Depp's representative addressed the split in a statement to PEOPLE.

“Given the brevity of this marriage and the most recent and tragic loss of his mother, Johnny will not respond to any of the salacious false stories, gossip, misinformation and lies about his personal life," the statement said. "Hopefully the dissolution of this short marriage will be resolved quickly.”

Good on her for setting a boundary and saying enough is enough. Can't of been easy for her. We need to stop enabling violence, I have heard people say "he was under pressure" etc. Well Daniel Kerr (ex Eagles player) was not jailed for breaking an AVO again. His mum used the excuses that he was stressed, wasn't allowed to see his kids. Well the judge bought the excuse, so I doubt we will see Depp (if found guilty) experiencing any real consequence. Violent people are violent, not because of stress or grief.

Lucy B 5 years ago

Let's see if the Hollywood enabler set rally around the more powerful of the couple - like so many of them rallied around the odious Woody Allen.