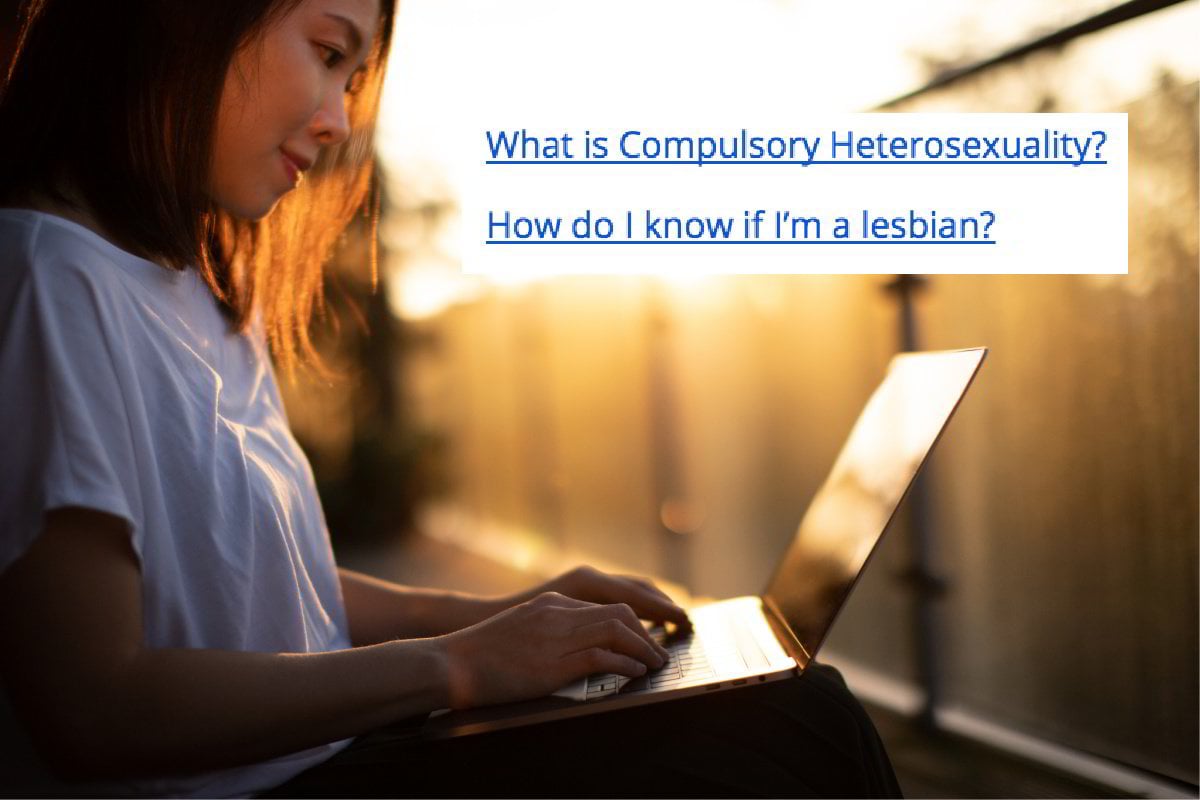 In January 2018, an anonymous user with the handle @cyberlesbian uploaded a Google document titled "Am I A Lesbian" to Tumblr.

The 30-page document which includes chapters such as "How do I know if I’m a lesbian?" and "Conflicting feelings about men" is a blog post style guide to help women who are confused about their own sexuality.

Madison Missina describes the difference between sex with a woman and sex with a man. Post continues below.

In 2016, The Household, Income and Labour Dynamics in Australia Survey found that 6.1 per cent of women don't know their sexual orientation. In 2017, the Australian Longitudinal Study on Women’s Health found that 1 in 10 women were attracted to women, as well as men.

The author of "Am I a Lesbian?", 21-year-old Angali Luz, who has remained anonymous until now, told VICE that the document was a tool to reflect on her own sexual identity.

"I realised I loved women when I was a teenager, but I never quite knew if my attraction for men was real or a social construct I took in as a facet of my identity," she told the publication.

"I started researching compulsory heterosexuality and found that many lesbians had the same experiences I did. I created the document as a tool of self-reflection for myself and others."

In the years since it originally appeared on her blog, the document has become a cult classic road map for women who are unsure about their sexuality.

The first chapter discusses "compulsory heterosexuality". As Luz explained, society conditions individuals to be attracted to the opposite sex through mainstream media, popular culture and traditions we've been taught to follow.

"Our magazines are full of sex tips on how to better please men, our movies are about how we’re supposed to fall in love with men. We literally cannot exist in public without men loudly grading us on how well we’re pleasing them visually.

"So… what happens if you want to be with women?"

Following that, she discusses in depth what the signs of compulsory heterosexuality are, as opposed to actual attraction.

Some examples of compulsory heterosexuality include, "You feel like you could theoretically be attracted to men (you may even have fantasies about them), but in practice, you never have any feelings for them," and "You don’t have much of an emotional reaction to kissing or being otherwise physical with a man."

Importantly, Luz emphasises that "You can identify as a lesbian if you’ve liked men in the past but no longer are attracted to men or want to pursue relationships with them."

She explains that lots of lesbians have had relationships with men before realising they were lesbians.

A detailed list at the end of the document outlines all the signs you might be a lesbian. Some of these include:

At the end of the guide, Luz writes: "I hope you can do some soul searching and figure out your consciousness."

If you're feeling unsure about your sexuality or know someone that is, this document is a great tool to read to at least give yourself some clarity by the time you've finished it. Luz's writing is raw, thought-provoking, and if anything, leaves you with plenty of questions to ask yourself, no matter your sexuality.

Here's a link to the entire "Am I A Lesbian?" Google document.