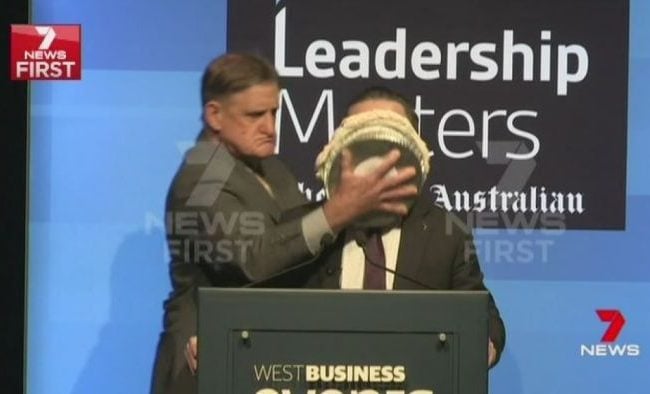 A man who smashed a lemon meringue pie into the face of Qantas chief executive Alan Joyce during a business forum in Perth has been charged over the attack.

Tony Overheu, a former farmer, walked onto the stage and rubbed the pie into Mr Joyce’s face earlier this week while he was addressing a crowd of about 500 people.

Overheu said he wanted to demonstrate his opposition to corporate support for marriage equality.

He is due to face a Perth court on June 7.