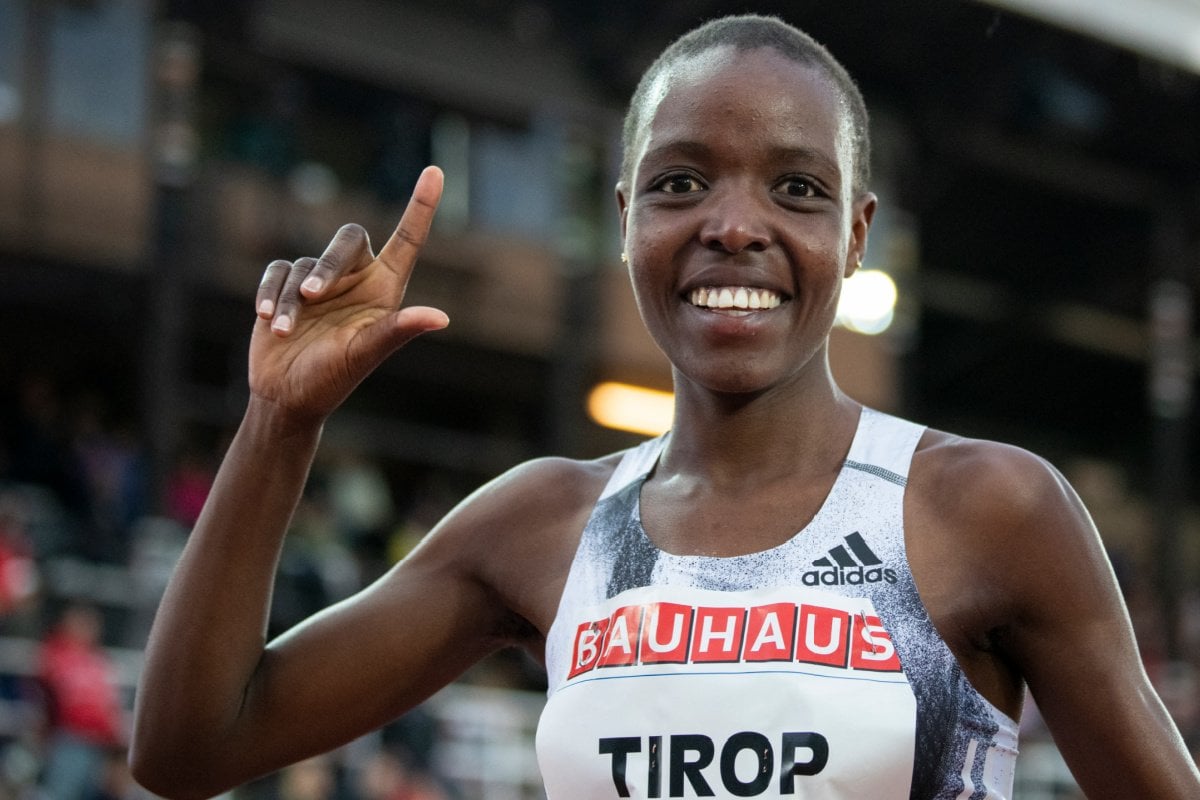 On Friday morning, Kenya's Directorate of Criminal Investigations released photographs of a man sitting in custody at a police station in the coastal city of Mombasa.

Wearing a Christmas t-shirt, a mask tucked under his chin, his wrists bound by handcuffs, he stares blankly up into the camera.

This man, identified as Ibrahim Rotich, is the prime suspect in the murder of Agnes Tirop, an Olympic track star who was found dead in her Iten home on Wednesday.

The 25-year-old was in a relationship with Rotich, who was arrested on Friday morning attempting to flee the country. 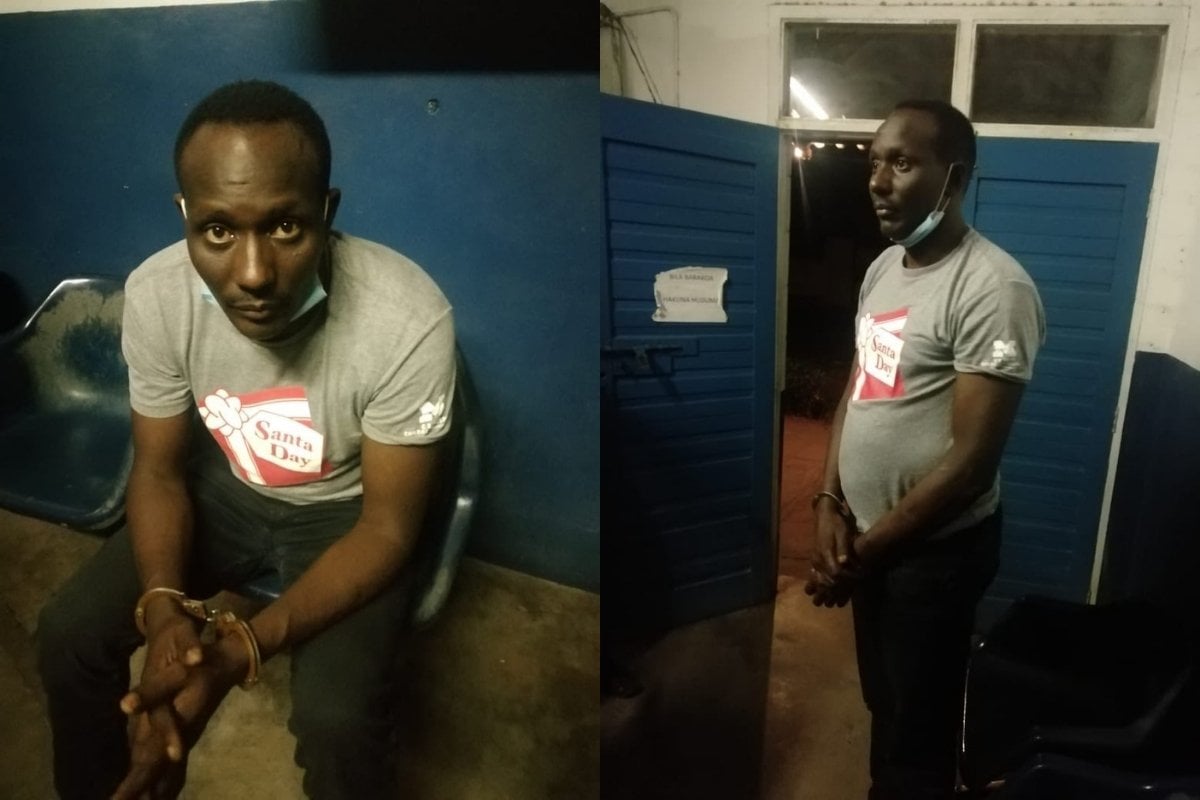 World Athletics CEO Sebastian Coe described the 25-year-old as "one of the world's best female distance runners over the past six years".

"Athletics has lost one of its brightest young stars in the most tragic circumstances," he said. "This is a terrible blow to the entire athletics community, but especially to her family, her friends and Athletics Kenya and I send them all our most heartfelt condolences."

Tirop stunned her competitors when at just 19 years old she claimed victory at World Cross Country Championships in Guiyang — the second-youngest woman in history to secure the title.

From 2017, she specialised in the 10,000m, earning two World Championship bronze medals on the track and a world record at a road race in Herzogenaurach earlier this year.

Tirop also represented Kenya at the Tokyo Olympics, where she placed fourth in the 5,000m. 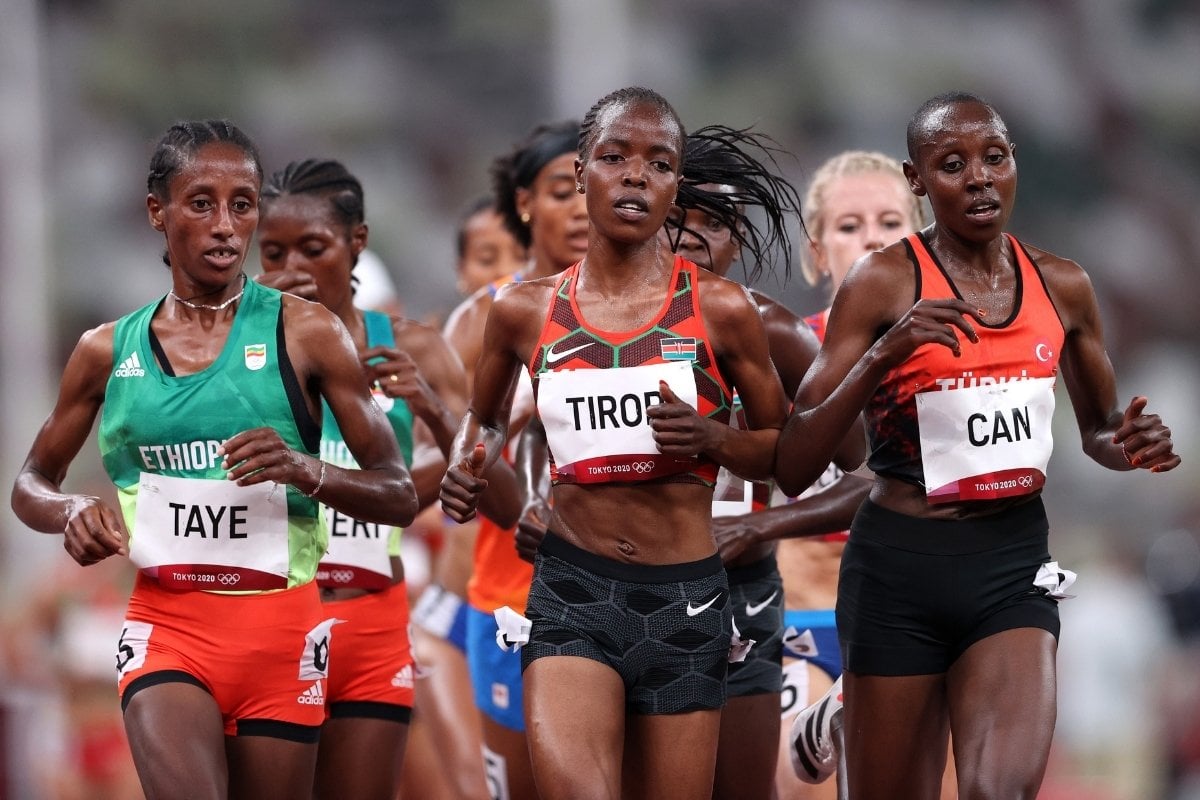 After news of her death broke this week, Kenyan President Uhuru Kenyatta said it was "unsettling, utterly unfortunate and very sad" that Kenya had lost an athlete that had brought her country "so much glory".

"It is even more painful that Agnes, a Kenyan hero by all measures, painfully lost her young life through a criminal act [perpetrated] by selfish and cowardly people," he said.

Authorities had been on the hunt for Ibrahim Rotich since Tirop's body was found in her bed on Wednesday, surrounded by a pool of blood.

Keiyo North Sub County Police Commander Tom Makori told AFP that the man had "made a call to Tirop's parents saying that he'd committed something wrong. So we believe he knows what happened."

NPS wishes to assure the public of speedy and comprehensive investigations into the heinous crime.

NPS extends its deepest sympathies to her family, friends and sporting fraternity.

May she rest in eternal peace.

After his arrest on Friday, DCI Kenya said Rotich was detained as "he tried to flee into a neighbouring country to avoid justice."

"Rotich had rammed his getaway vehicle into a lorry at Athi River, along Mombasa road, as he desperately escaped our dragnet," the agency said.

"The suspect is currently being grilled by detectives at Changamwe police station, for more details into the murder, before being arraigned to answer to murder charges."

Agnes Tirop would have turned 26 later this month.