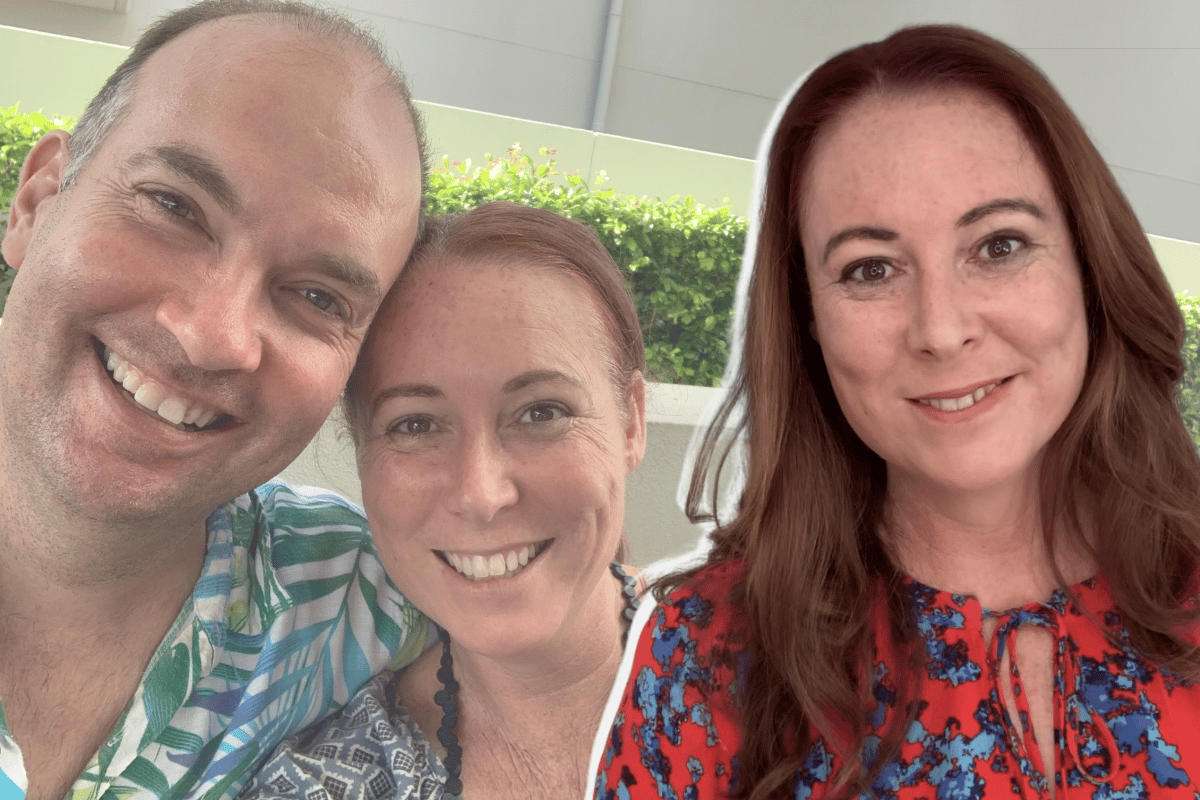 This post mentions suicide and may be triggering for some readers.

In March this year, at the age of 45, I received my official autism diagnosis.

It wasn’t something I’d gone looking for but something that came looking for me in several ways over the space of five years. The most obvious moment was two years prior to diagnosis when a visiting psychologist to my house casually dropped the words 'I consider you to be high-functioning autistic' [1] in the middle of my lounge room.

At that time, my response was an emphatic, WTAF?!

I’ve come a long way since that moment. Knowledge of what autism truly is, rather than the limited stereotypes we’ve been saturated with in the media, has set me free. Today, I embrace my autism and know myself better than ever.

Here are six things about a later-in-life autism diagnosis I want you to know.

Mature aged women are being diagnosed with autism. I had no idea about this till after my own diagnosis and since then have seen a raft of 'coming out' articles and books from the likes of author Holly Smale, media presenter Melanie Sykes, and writer Clem Bastow.

While our visibility may be increasing in the psychologist’s office and in the media, the truth is that we’ve always been here.

When scientists 'discover' new planets, stars, solar systems, deep ocean sea creatures and fantastic new fungi in far off jungles, these miraculous new wonders aren’t discovered at all... they are uncovered. (You know, the same way Australia had always been here before adventurous old Cook 'discovered' it.)

The reason we are being uncovered now is that the science has caught up.

The earliest studies of autism were conducted on young, white boys. Now, autism specialists realise that individuals who are cis female, trans, gender diverse, nonbinary, Black, Asian and culturally and ethnically diverse can also be autistic and that they might present quite differently to young Austrian boys, who were the earliest subjects of Hans Asperger’s studies in autism.

2. An autism diagnosis is not a tragedy.

Not only has my diagnosis not been a tragedy, it’s been the complete opposite. For the first time, everything makes sense. That diagnosis validates my entire life experience.

As my good friend Kate said to me, I had been climbing a mountain the whole time, with a backpack full of rocks, and wondering why I was struggling. Now, I know. I am neurodivergent.

The world around me is built for the majority (the neurotypicals), so every day is a challenge for me but it’s through no fault of my own. My identification has been nothing but empowering.

3. Vaccinations do not cause autism.

In case you missed it, vaccinations do not cause autism.

Autism has strong genetic markers, which is why around the world people are racing to catalogue them, such as was the case with the recent and highly controversial UK study called Spectrum 10K.

Mamamia's daily news podcast, The Quicky, speaks to an expert in Autism, and a woman with lived experience to find out why so many people go undiagnosed. Post continues below.

... and read and write about it, listen to other autists talk and podcast about it, attend seminars, and then tell you all about it too.

After a lifetime of being misunderstood, we might be desperate to share our unique culture. If we’ve disclosed our diagnosis with you (which can be incredibly scary), it might be because we want to open the conversation.

Try asking us how autism looks and feels in our own life (because every autistic person is different) and do ask if there’s anything you can do to help make it easier for us to access work, school or social situations.

5. Autistic children grow up to be autistic adults.

For decades there was an incorrect assumption that autism was a 'childhood disease'. That myth still persists. But autism is not a disease and it can’t be cured and it doesn’t end when you turn 18.

As I quickly discovered, though, there are few services for adults. Somehow, we are invisible, though our need for support never goes away.

One of the reasons I wanted to share publicly about my autism was because I could see this invisibility of adult autists. Autistic people can be (and are) psychologists (Steve Biddulph), politicians (Jessica Benham), doctors, journalists (Eric Garcia), nurses, actors (Chloe Hayden), comedians (Hannah Gadsby), authors (Helen Hoang), pilots, surgeons, teachers (like I was, once), musicians and more.

Autistic adults form relationships, get married, and have families. But if you can’t see it, you can’t be it. I want to be visible for the young autists who are looking to see themselves in the future.

Making it to your thirties or forties before getting an autism diagnosis doesn’t mean you’re okay and don’t need help. In fact, it’s often precisely because a woman needs help that she finds herself being assessed for autism.

She may be at the point of autistic burnout, in the middle of relationship breakdowns, unable to hold down a job and with co-occurring conditions such as depression, anxiety, self-harm and eating disorders.

Making it to middle age before diagnosis means you’ve learned to pass as a neurotypical woman but with significant cost to your mental and physical health. You’ve learned to copy and mimic and mask your way through life, which is a sophisticated survival skill, and does have its benefits.

Unfortunately, all of that high-level camouflaging drains your energy and eats away at your health, sense of self, joy and esteem.

I absolutely wish I’d known in my teenage years that I was autistic. I had a classic undiagnosed profile: depression, anxiety, sleep disorders, an eating disorder, bullying, risky behaviours and suicidal ideations. I may have been 'high functioning', but I barely got out of young adulthood alive. I had a clear plan to end my life. I fantasised about it. I longed for it. Having my autism identity when I was a teenager would have changed everything.

Please believe me when I say that an autism diagnosis is not a tragedy but a missed diagnosis might be.

[1] I note here that the terms 'high functioning' and 'low functioning' are rejected by many in the autistic community for many valid reasons. These are not my words but the visiting psychologist’s.

Josephine Moon is a bestselling contemporary fiction author in Australia, published internationally in six countries. ﻿You can visit her website here or find her on  Facebook, or Instagram.

Reply
Upvote
I got diagnosed with Aspergers at 42   similar to u . Unfortunately at 36 I took my own life . I won't go into details but I'm badly injured . I walk  very very lucky .  These are all internal injuries u cannot see . Its been a massive battle from 42  to now 48 this year .  But I'm reading and researching lots about it .  I have an abnormal chromosome that's what's caused it . And I passed it onto my son who's autistic as well . Both high functioning
.
S
stablegenius 5 months ago