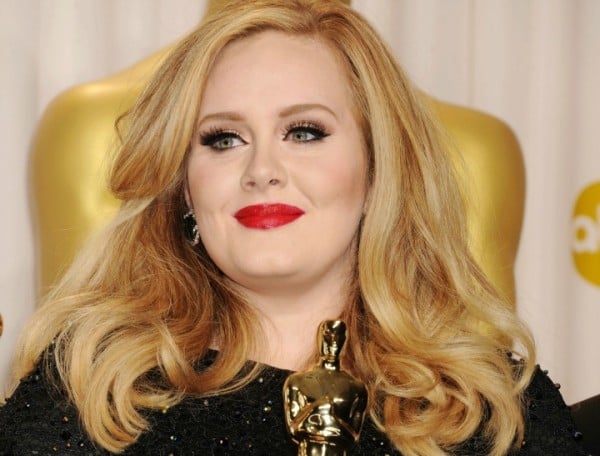 Pop star Adele has revealed she had to rush out of the 2013 Oscars to pump breast milk and avoid a fashion disaster.

The 27-year-old mum of one had recently given birth to her son Angelo when she attended the event, where she won Best Song for James Bond theme song, Skyfall.

Adele told to Britain’s Observer Music magazine that she had to keep ducking to the toilets during the ceremony to express milk to avoid staining her gown with breast milk.

“(I was) running to the toilet, between awards, to pump-and-dump (breast milk). Which loads of people were doing, by the way,” she said.

“All these Hollywood superstars, lined up and breastfeeding in the ladies.

The couple's first child, Angelo, was born in October 2012.

Thanks, Adele, for keeping it real, and letting us know that celebs at the Oscars still have to resort to the old pump-and-dump.

Are you an Adele fan?

TAP on the image below and scroll through the gallery for more Adele pics...