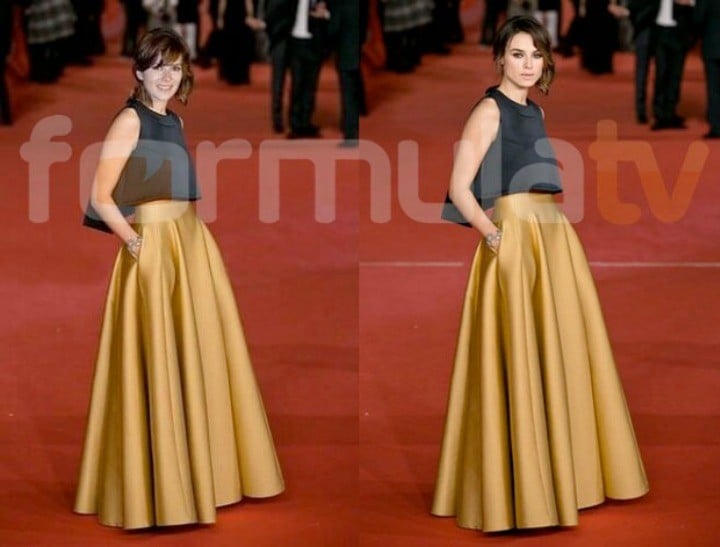 Spanish actress Anna Allen has been caught forging her entire career on social media by photo-shopping herself into images with famous celebrities.

You would be forgiven for thinking Spanish actress Anna Allen was a high-flying Hollywood actress, mostly because she managed to fool 22,000 Instragram followers of just that, by posting photo-shopped images of herself with famous celebrities and at big events.

Taking the advice “fake it till you make it” all too literally, the 32-year-old actress edited her face onto the bodies of celebrities to fool the public.

Allen had successfully pursued this lie until she uploaded a poorly edited image of herself at this year’s Oscars.

The badly photo-shopped picture raised doubts with her followers and Spanish media outlets who began investigating other posts.

As they dug into her profile they found she had ripped off nearly all other images.

And by photo-shopping her head onto the body of another actress to appear as though she was at last years Academy Awards.

Other lies include a fake guest appearance on The Big Bang Theory.

The actress regularly ripped off One Tree Hill star, Sophia Bush’s instagram sometimes not even changing the post at all.

She also created a fake agency, which tweeted only about Allen, had 63 followers and a broken link to a web page.

The uncovering of Allen as a fraud has inevitably led to many spoofs of the actresses posts, despite her closing down all social media accounts.

I tend to feel sad for this woman. Clearly she isn't happy with her own life and perhaps suffers depression. Now that she has been found out I hope she has family close to look out for her.
On a different note, I think this would be a great idea for a quirky film. Perhaps with Kristen Wigg or Isla Fischer.

What a strange thing to do.

The Viral Video That Shows The Dark Side of Hollywood