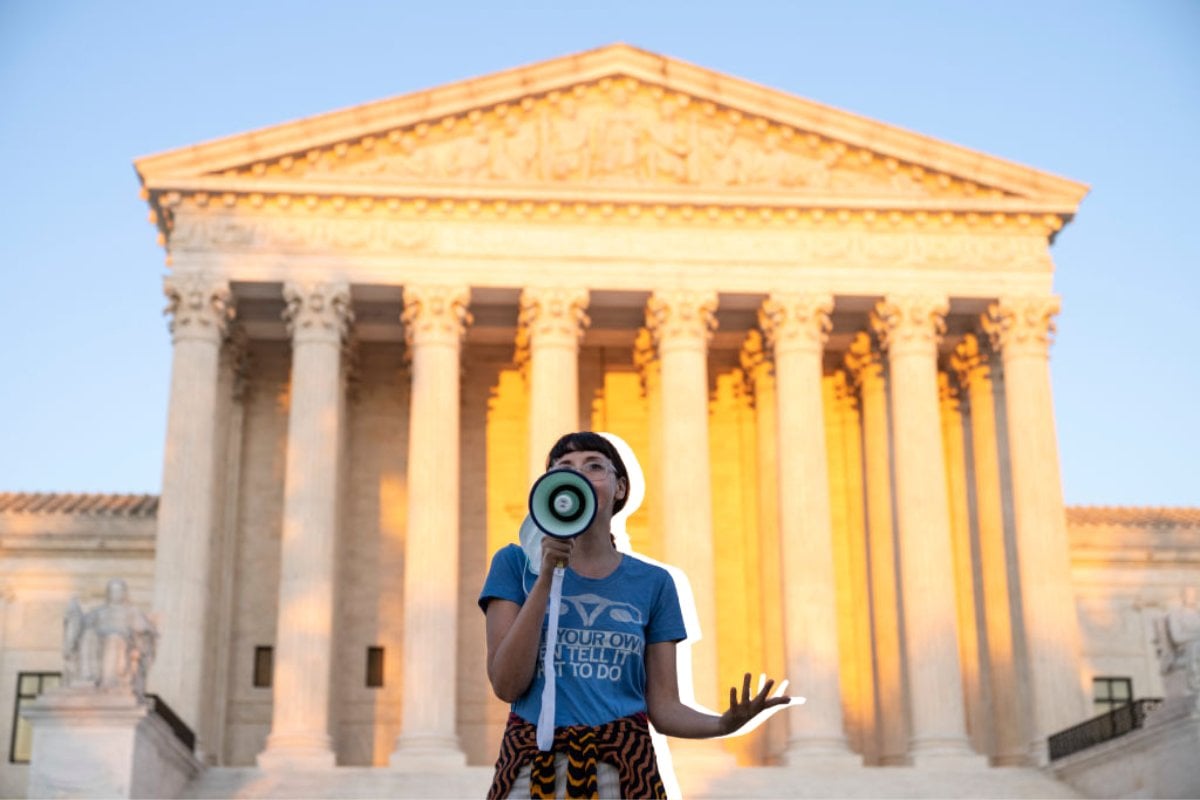 The global landscape of reproductive rights is constantly shifting.

The US Supreme Court ruling that has overturned Roe v. Wade – the landmark 1973 decision that protected a woman’s right to have an abortion – marks a significant regression for abortion access. But it is not the only case.

While countries like the US, Poland and Russia are taking steps backward, gains are being made in places such as Ireland, Colombia and Argentina.

Abortion restrictions range from laws where abortion is permitted only to protect the pregnant person’s life or health, to decriminalising abortion entirely. Often, restrictions are structured around gestational time limits, such as allowing abortion only in the first trimester.

Some laws allow for abortion on socioeconomic grounds, for example in Finland. And Britain’s 1967 Abortion Act is an example of a broad interpretation of health that includes wellbeing.

Doctors may take account of the pregnant woman’s actual or reasonably foreseeable life circumstances when making a decision about the impact of continuing a pregnancy.

Where health is interpreted more restrictively, such as in Zimbabwe, Morocco or Peru, abortion may only be available if a pregnant person’s physical health is in danger.

In other regions, such as Ghana or Bolivia, language referring to mental health is explicitly included in legislation, which can widen abortion access.

In some regimes, abortion can be performed later in pregnancy based on the health of the foetus, especially in cases of serious anomaly.

This is the case in Croatia.

Despite this, anti-choice sentiment in the country recently led to a woman being denied an abortion after her foetus was diagnosed with a serious brain tumour. After four denials by Croatian hospitals, the woman was advised by doctors to travel to neighbouring Slovenia. But following media and public outcry, she was finally permitted to have an abortion in Croatia.

The most liberal abortion laws are those where abortion has been removed from criminal law entirely.

Decriminalisation permits abortion without penalty and prioritises the safety of pregnant people in making health decisions.

Northern Ireland decriminalised abortion in 2019 following an international human rights inquiry into its abortion laws and subsequent intervention from Westminster.

The Abortion (Northern Ireland) Regulations 2020 came into effect in March 2020. These regulations allow abortion up to 12 weeks on request, and after that on specific grounds of severe foetal impairment and fatal foetal abnormalities.

While Northern Ireland’s abortion laws have been liberalised, this does not necessarily mean abortion is easily accessed.

The government has failed to fully commission services, meaning that abortion is being provided on an ad hoc basis by health trusts in Northern Ireland. Some women seeking abortions have continued to travel to England, illustrating how political deadlock can limit abortion access.

In some countries, abortion is prohibited entirely, or only to save the pregnant person’s life. Malta is the only EU country where abortion is banned under all circumstances. Malta has recently seen a pro-choice movement emerge.

Draconian restrictions on abortion also affect general reproductive and maternal care, like miscarriages and ectopic pregnancies. They can delay decision making with urgent medical care when the rights of the foetus are considered equal to the rights of the pregnant woman. In El Salvador, women have been prosecuted and imprisoned for having miscarriages or attempting to procure an abortion. Charged under aggravated homicide, a sentence can be up to 50 years.

In the Republic of Ireland, before liberalisation in 2018, abortion laws affected all aspects of maternal healthcare. The foetus was viewed to have equal rights to the pregnant woman, allowing healthcare professionals to overrule her requests. In 2014, a pregnant woman who was brain dead was kept on life support for four weeks against the wishes of her family, on the basis that the right to life of the foetus could have been breached.

Activist movements to liberalise abortion laws have made significant gains in the last few years as seen on the island of Ireland, but also in Colombia where the constitutional court decriminalised abortion up to 24 weeks in 2022. In Argentina, abortion has been legal on request in the first 14 weeks of pregnancy since 2020.

Progress on abortion rights has been cyclical, not linear. As we are seeing in the US, anti-abortion movements continue to push back against any gains that are made. Regression on reproductive rights often correlates with wider backlashes on gender rights and the rise of far right and populist political regimes.

Laws are just one part of abortion access. Conscientious objection by healthcare professionals, regulations targeting abortion providers, stigma and protests at clinics all make it more difficult and riskier to obtain an abortion.

Even in countries with less restrictive laws, there are movements outside of legal frameworks to help people access abortions and healthcare, by assisting with travel or financial support.

While these activist networks and organisations are often viewed as sticking plasters that won’t be needed when restrictions are relaxed, the reality is that barriers to abortion continue to exist after laws change. The England-based organisation Abortion Support Network continues to help around 60 women a year from Ireland, four years after abortion laws were liberalised. These efforts are just as much a part of reproductive rights as the legal framework – and their work is not finished when laws change.