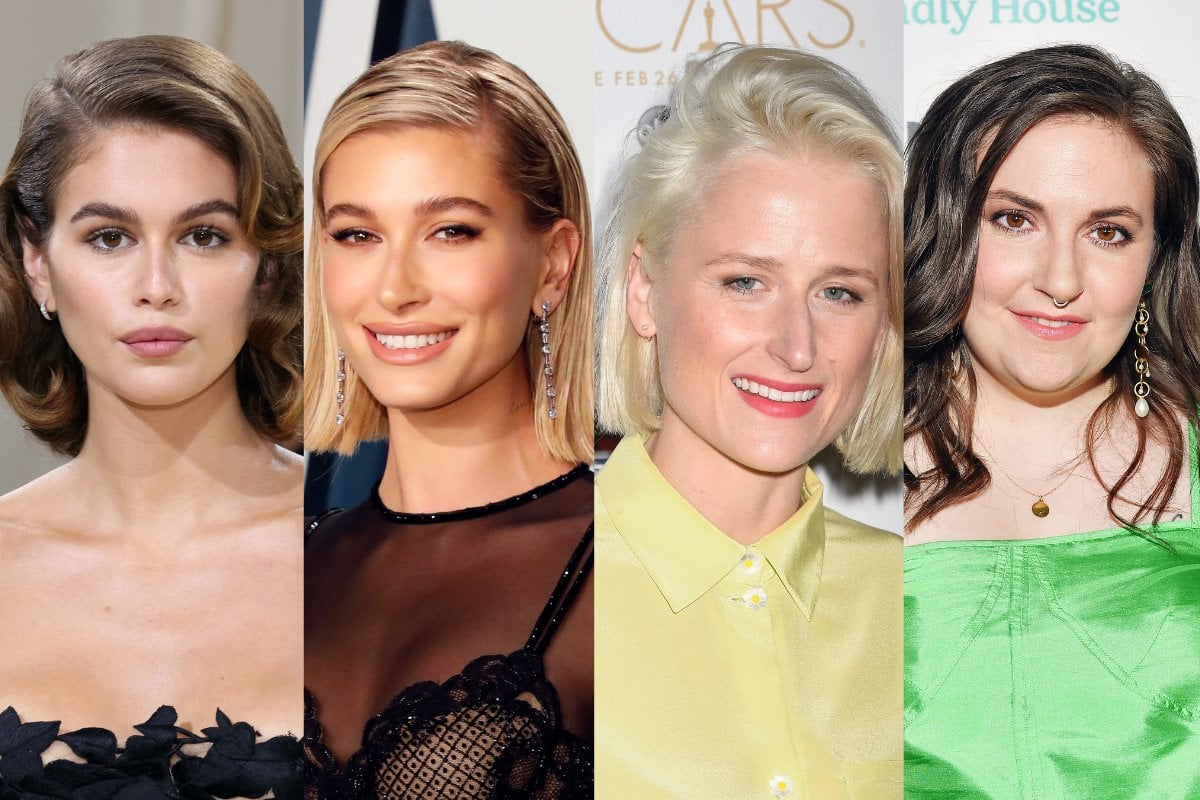 The entertainment industry is a small business, and it's harder to get into than most of us could imagine. So it's no surprise to learn most of the celebrities we love and adore have parents equally, if not more famous, than them.

Whether we love them, loathe them or simply just don't care; here are 12 celebrities who have famous parents.

Watch 10 ads starring actors before they were famous. Post continues after video.

Mariska is famous for her 22-year-long stint as Detective Olivia Benson on Law and Order: SVU. However, her rise to stardom began from conception, being the daughter of actress and Golden Globe winner, Jayne Mansfield.

Mansfield was the golden-haired bombshell of the 1950s and became a force to be reckoned with after starring in the 1955 film Female Jungle.

She sadly lost her life in a car crash that also killed her boyfriend Sam Brody and their driver, Ronnie Harrison, in 1967. Three of her children, including Mariska, were asleep in the backseat and were unharmed by the collision. 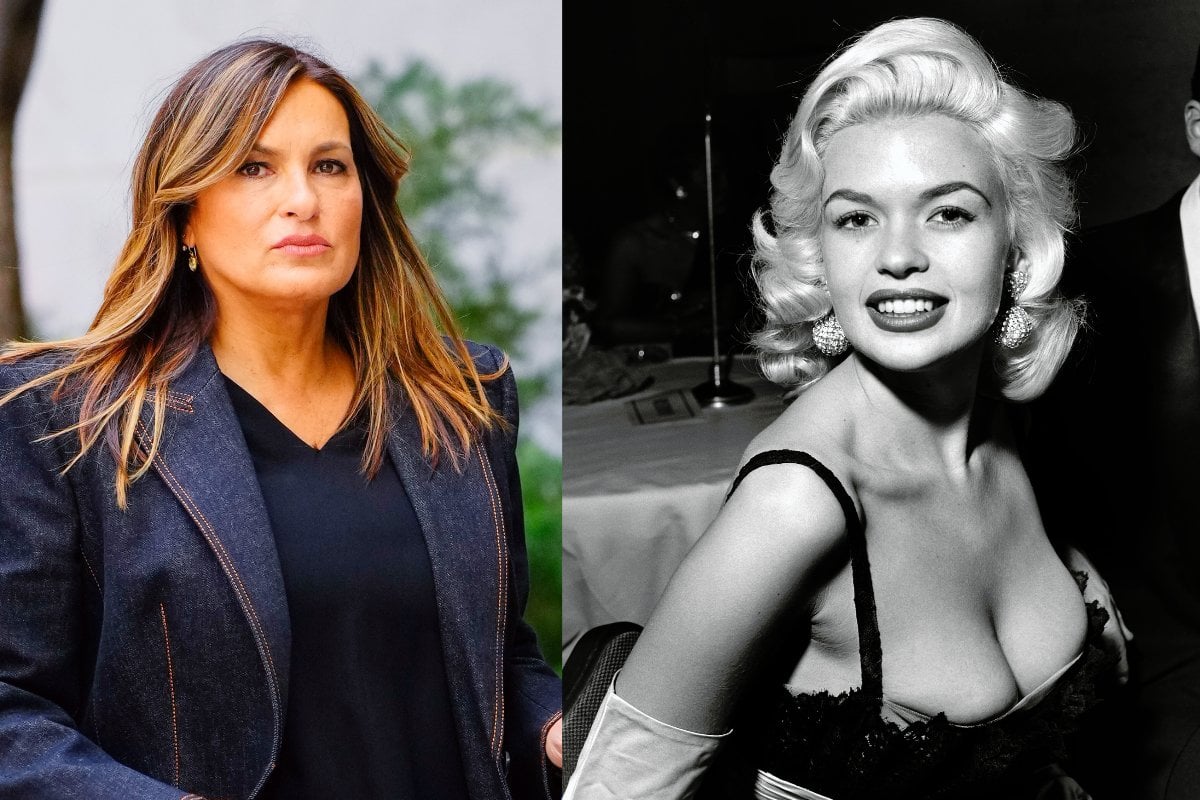 Prinze Jr was the only child of actor-comedian Freddie Prinze and real estate agent Katherine "Kathy" Barber. He sadly did not completely know his legendary father, who rose to fame as a notorious 'funny guy' and was the first young comedian to have a sit-down interview on The Tonight Show Starring Johnny Carson in 1973.

He died when Prinze Jr was just 10-months-old, from an accidental suicide brought on by an alleged cocaine psychosis.

"The thing with my pops was like, I didn't even know him, so I never missed him," the actor told The Chicago Tribune in 1999. 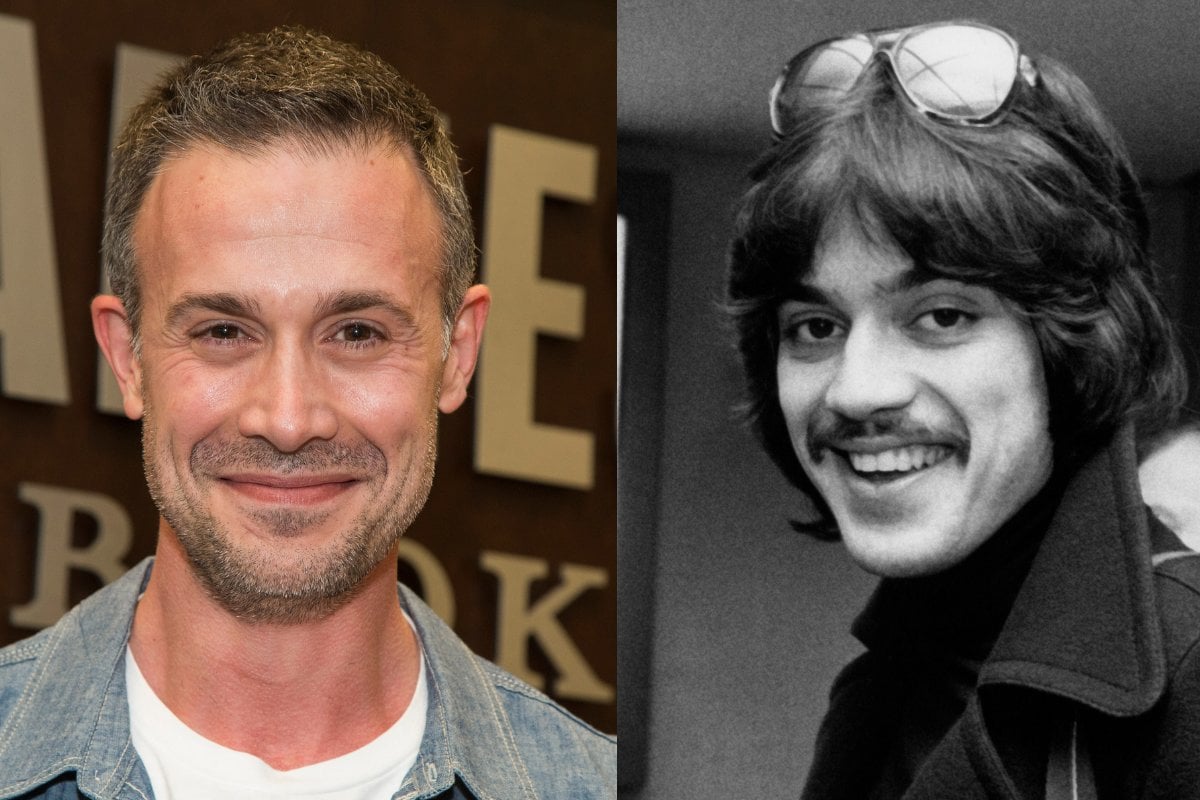 Despite proving to be a contender in his own field as an actor, starring in the 2020 film Tenet, Washington has admitted the immense difficulty in building a name separate from his world-famous father.

"I don’t even know if [people] see me as John David yet," he told Rolling Stone. "I’m still Denzel’s son. I’m always his son."

"So it’s like, the day that they start seeing just me is the day that I can maybe better answer that question about celebrity. Cause I’m still not out of his shadow." 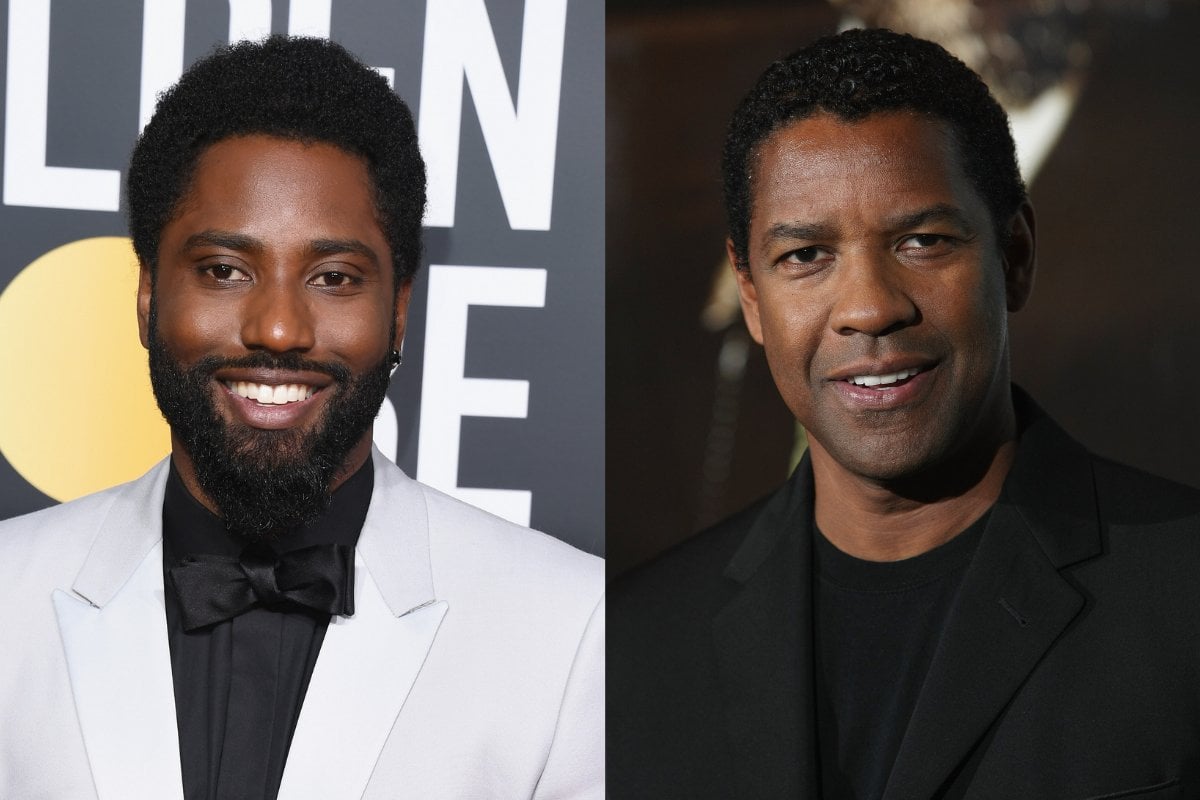 At just 20, Kaia already has an impressive resume. The model is the daughter of legendary model Cindy Crawford and businessman Rande Gerber, and made her own mark in the fashion world back in 2017, after winning Model of the Year at the British Fashion Awards.

Gerber has recently made a break into acting, with her latest role being the affable, if not slightly irritating, med student 'Kendall Carr' in season 10 of American Horror Story: Red Tide. 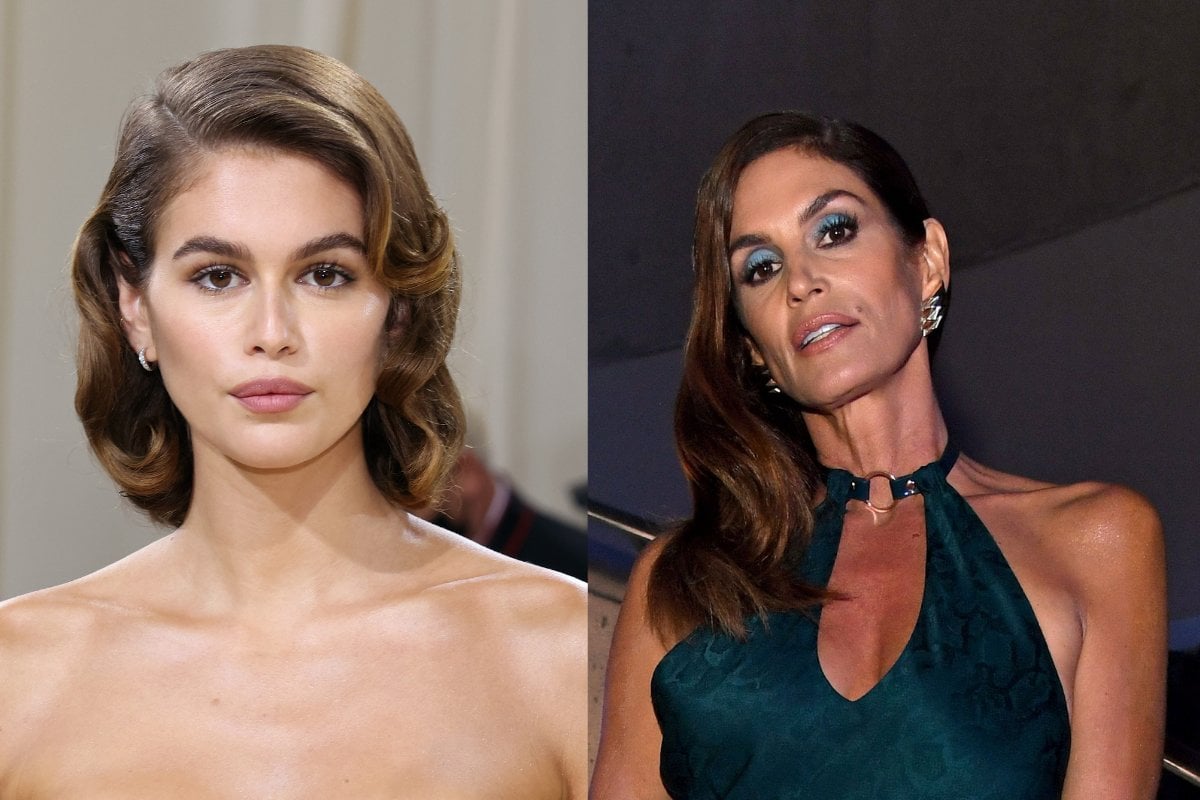 The Stranger Things actress has ties that run deep in the Hollywood scene. Hawke is the daughter of Pulp Fiction actress Uma Therman and Training Day actor Ethan Hawke.

In conversation with PEOPLE, Hawke says her successful acting career is not what her parents are most proud of. 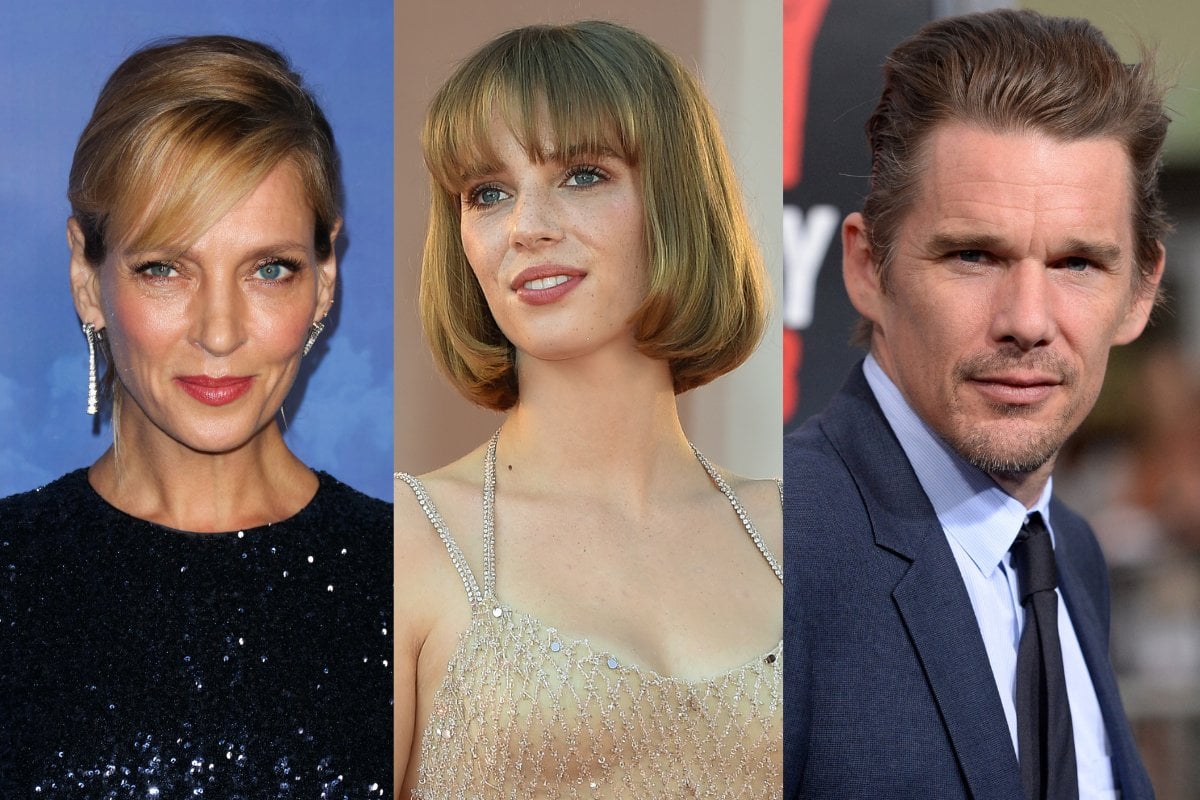 Billie first came onto the scene for her role in the comedy-horror TV show Scream Queens, as 'Chanel #3'. Since then, she has become a recurring actor on American Horror Story.

To say she didn't have a name in Hollywood before her inception as the rich, haughty character on Scream Queens would be a lie though, as she is the daughter of Carrie Fisher and granddaughter of Debbie Reynolds.

Fisher played 'Princess Leia' in the Star Wars films. Reynolds had a career spanning over 70 years, earning herself a nomination for the Golden Globe Awards for 'Most Promising Newcomer' over her portrayal of 'Helen Kane' in the 1950 film Three Little Words. 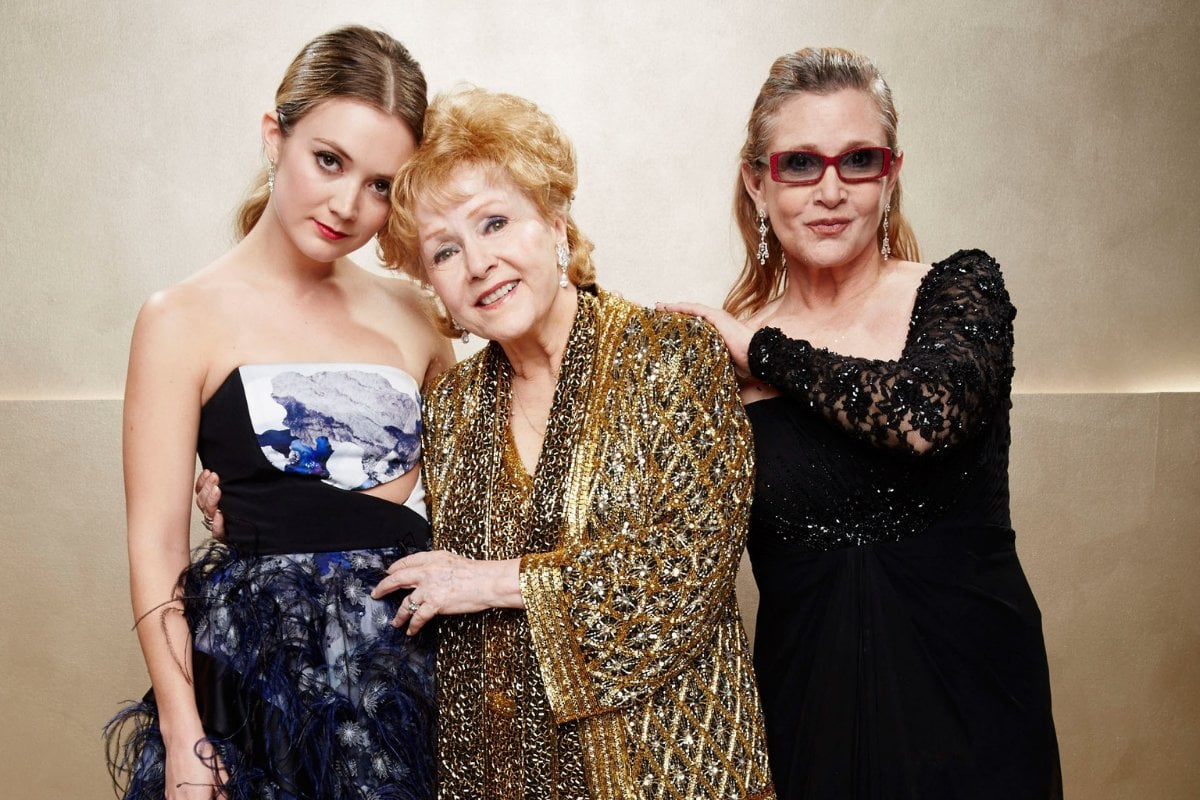 Depp is a French-American model and actress who has been in the spotlight alongside her extremely successful parents, Johnny Depp and Vanessa Paradis, since she was born in 1999.

Her acting career received the recognition it deserved in the 2019 film, The King, where she played as 'Catherine of Valois' who became the Queen Consort of England from 1420 until 1422.

"I grew up with the media circus," she's told i-D Vice in 2015. "My whole life. My parents were very calm about the photographers, the fans, and all that.

"But I understood right away that I hadn’t done anything to deserve that attention. No matter what happens, it will be there. I didn’t choose it. You just can’t take that too seriously. You need to live your life. And stay calm." 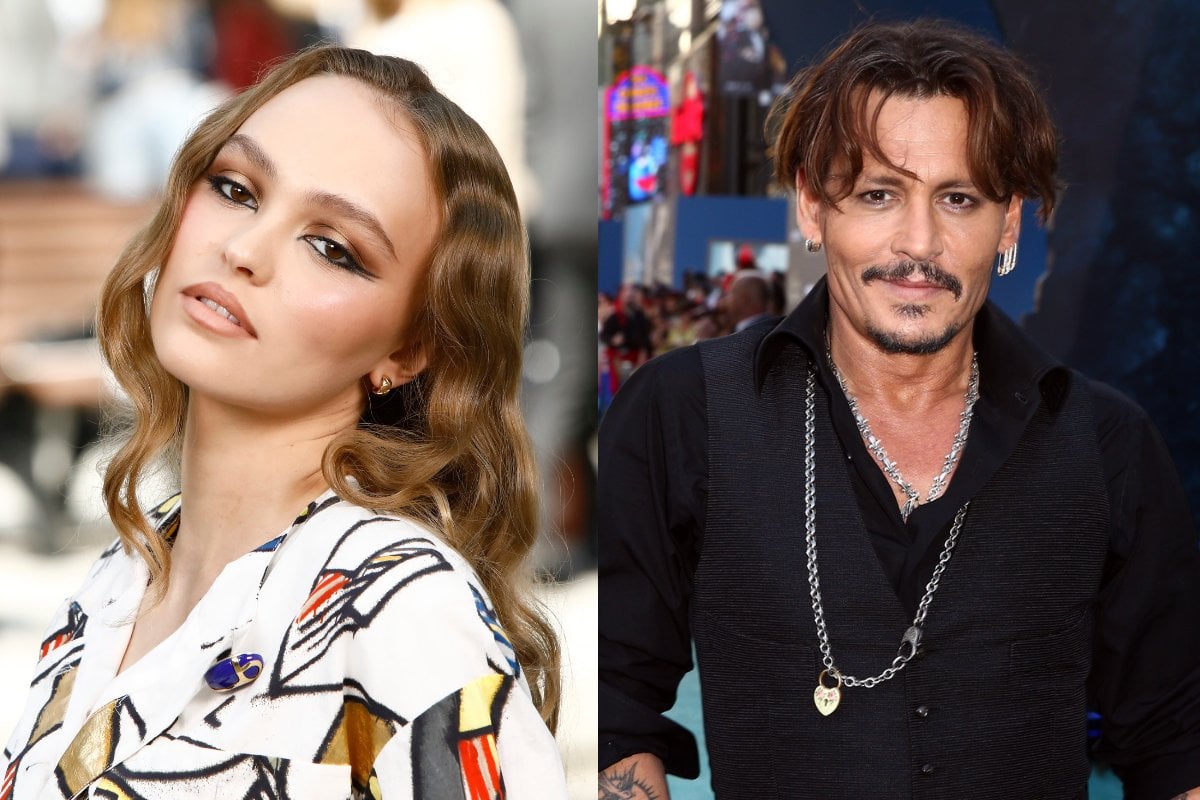 As the daughter of actors Melanie Griffith and Don Johnson, Dakota's rise to fame didn't begin with the 50 Shades of Gray film trilogy, but from the day she was born.

Her own father won a Golden Globe for his infamous 'James "Sonny" Crockett' character in the 1980s television series Miami Vice. Griffith is a true veteran in her own right, gaining worldwide success, a Golden Globe award and an Oscar for the 1988 romantic comedy film Working Girl.

Dakota made her film debut at age ten with a minor role in 1999s Crazy in Alabama with her mother.

"I was around for a lot of it and I would watch them," she previously admitted. "But there were also things I could see that I didn't want to, like watch my parents have sex with other people. And there was a scene where my mom got slapped in the face.

"I lost my mind! I couldn't deal with that at all." 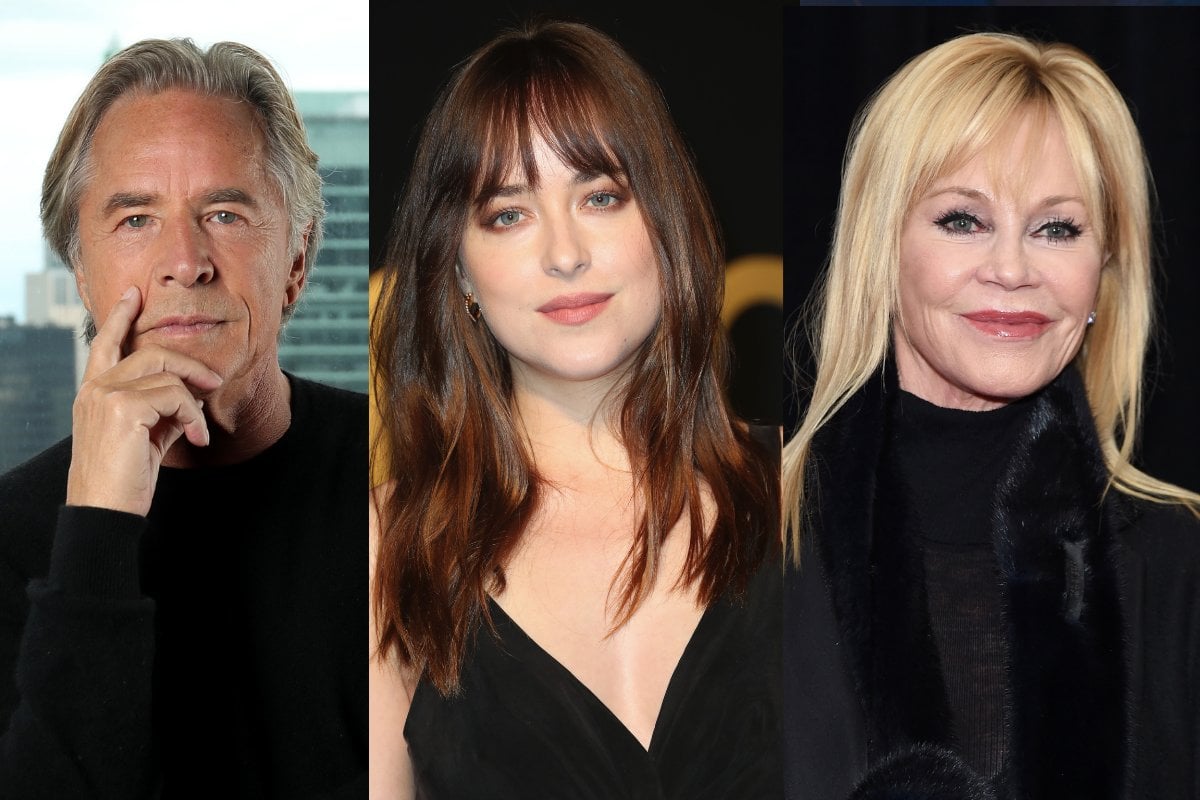 The American model and socialite came onto the scene in 2016, and could regularly be seen rubbing shoulders with the crème de la crème of Hollywood.

Nowadays, the model is married to singer and songwriter, Justin Bieber. However, there never really were humble beginnings for Baldwin, who's dad is actor Stephen Baldwin, and uncle is Alec Baldwin.

"I'm lucky that I was raised so normally in a suburban town," Hailey told Glamour in 2016. "If I didn't have that normal childhood before I started doing this, I don't know — I think things would be different....

"I don't see myself as famous, I see myself as a normal person with a job that is not very normal. My work life is very out there and very public. But I do my best to maintain my privacy." 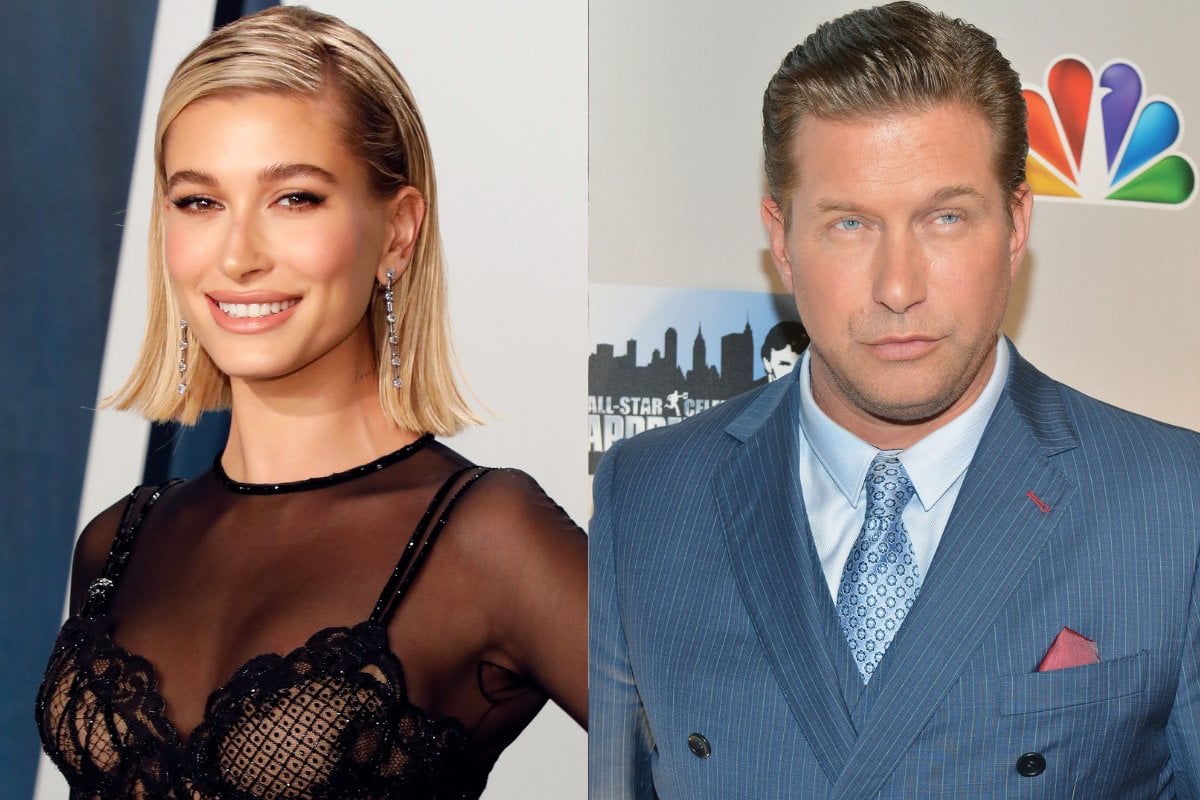 Grace and Mamie's mother is none other than the legendary actor Meryl Streep.

Both girls have gone on to have a number of high-profile roles in the acting world. Most notably, Mamie played the recurring role of lawyer 'Nancy Crozier' who took on 'Alicia Florrick' in The Good Wife. She also played the younger version of her mother in the 2007 film Evening.

Grace played as a student alongside Tom Hanks in the 2011 romance comedy film, Larry Crowne. Funnily enough, she also got to play alongside her mother, by imitating the younger version of her in the film The House of the Spirits.

When asked about being known as Meryl Streep's daughter, Grace told New York Times: "It used to bother me... I try not to think about it, or it could really get to me." 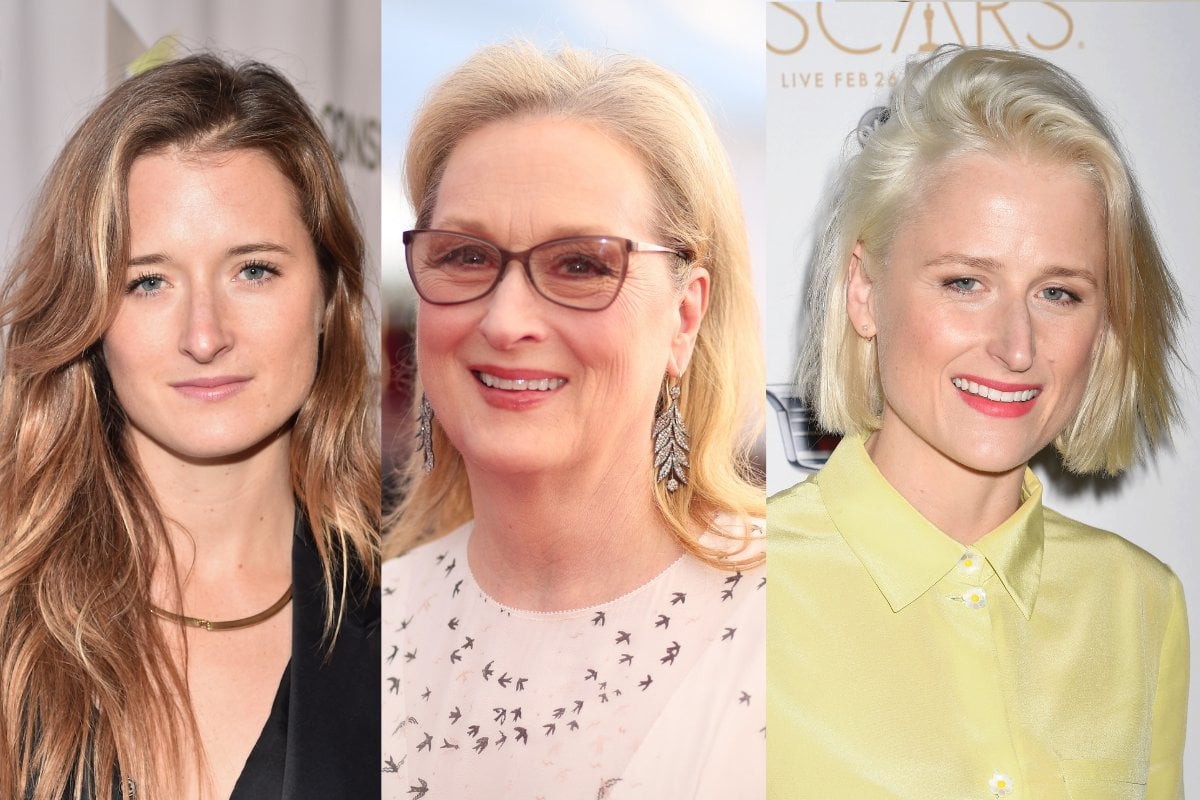 Lena may have one controversy after another, but she has managed to make a name for herself that is completely separate from her parents, painter Carroll Dunham and artist, photographer and filmmaker Laurie Simmons.

The creator and star of the hit series Girls, admitted to Slate she received criticism online for benefitting from nepotism due to her parents high-profile careers in the art world.

"People were complaining before they had figured out who my parents were," she explained. "No one is going to give you a TV show because of your parents. It is just not going to happen."

Listen to The Quickly, Mamamia's daily podcast that gets you up to speed on the top stories, then deep dives on one topic you want to know more about. Post continues after audio.

She did attribute her own artistic gifts to her parents however, saying: "I was given the tools, the space, and the support to do whatever I wanted.

"New approaches to old problems were encouraged... My parents taught me that you can have a creative approach to thinking that is almost scientific.

"You don’t have to be at the mercy of the muse. You need your own internalised thinking process that you can perform again and again." 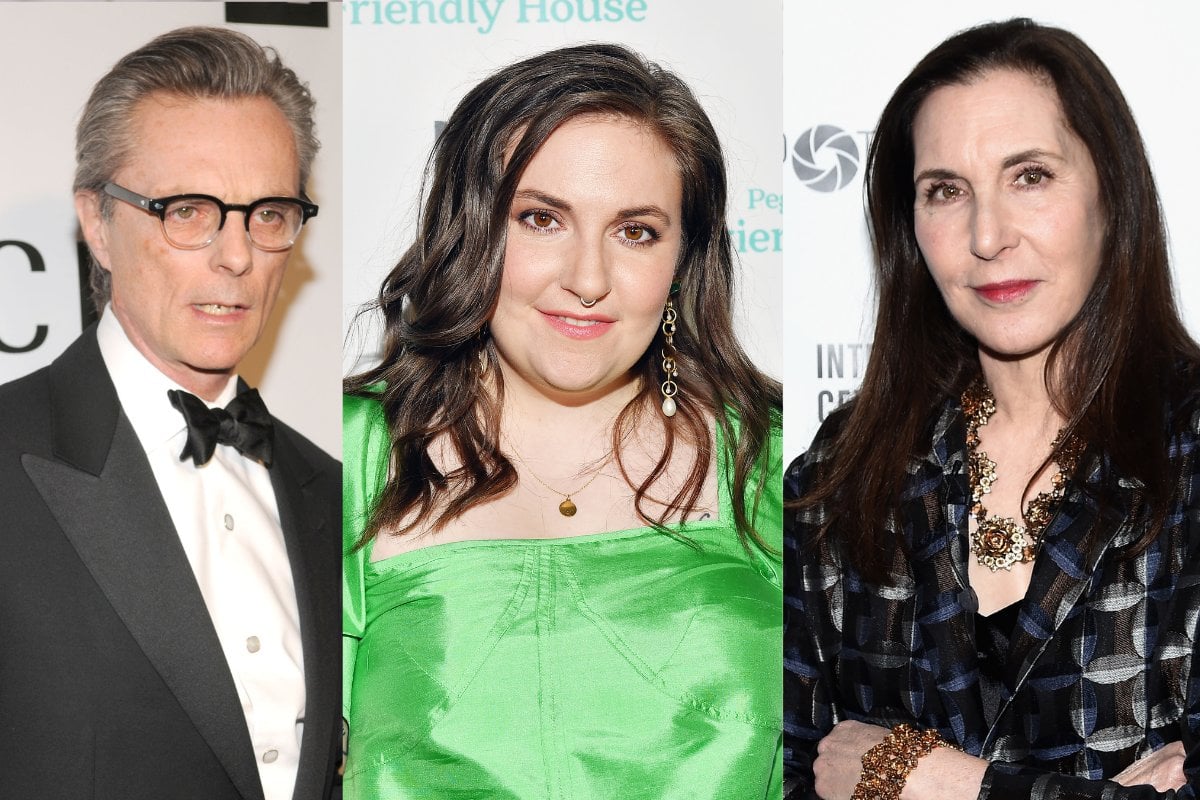 Ben is the child of comedy legends Jerry Stiller and Anne Meara, admitting in the past he credits his career to his parents.

"If my parents were, like, plumbers, who knows what I would be doing," he once famously declared.

Jerry played 'Frank Costanza' in the monumentally popular series Seinfeld. Ben went on to create several Hollywood blockbusters, including Meet the Parents in 2000, Zoolander in 2011 and The Secret Life of Walter Mitty in 2013.

Anne Meara was a genius in her own right, receiving four Emmy nominations, most notably her first one in 1976 for her role in the legal drama Kate McShane. She was also nominated in 1981 and 1982 for Archie Bunker's Place and in 1997 for Homicide: Life on the Streets. 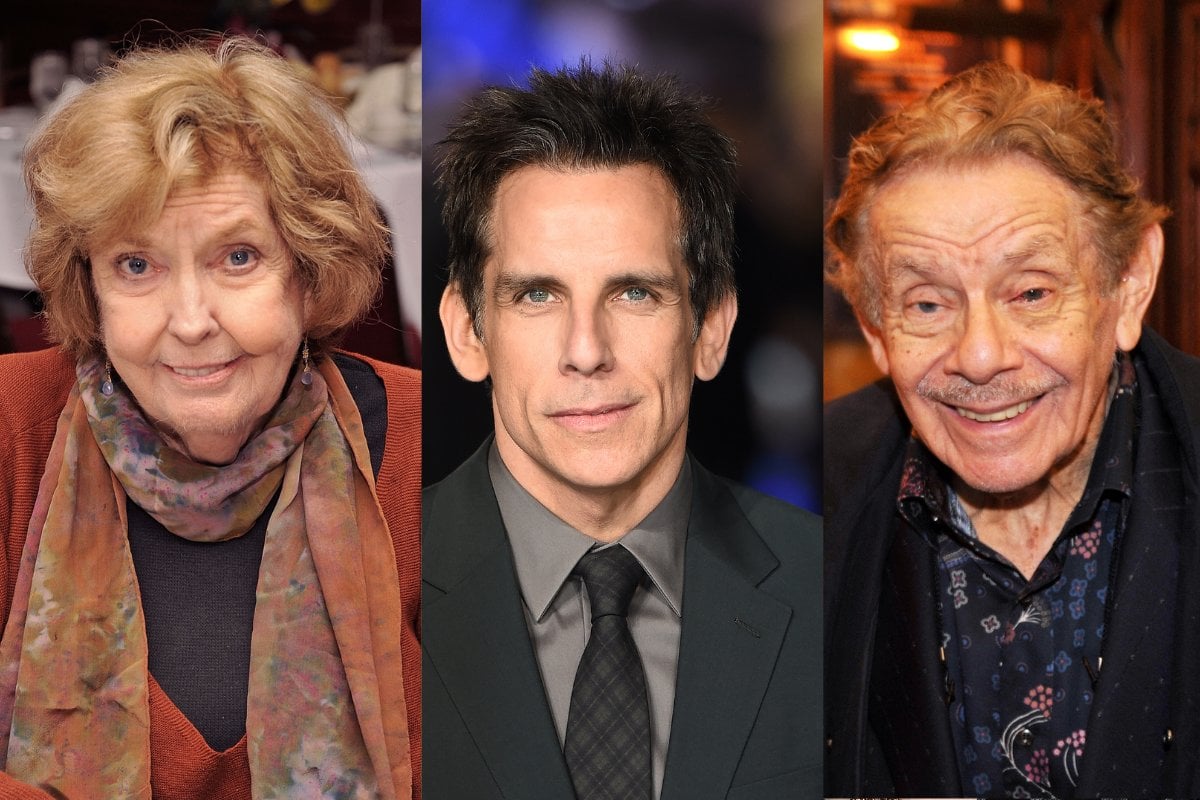