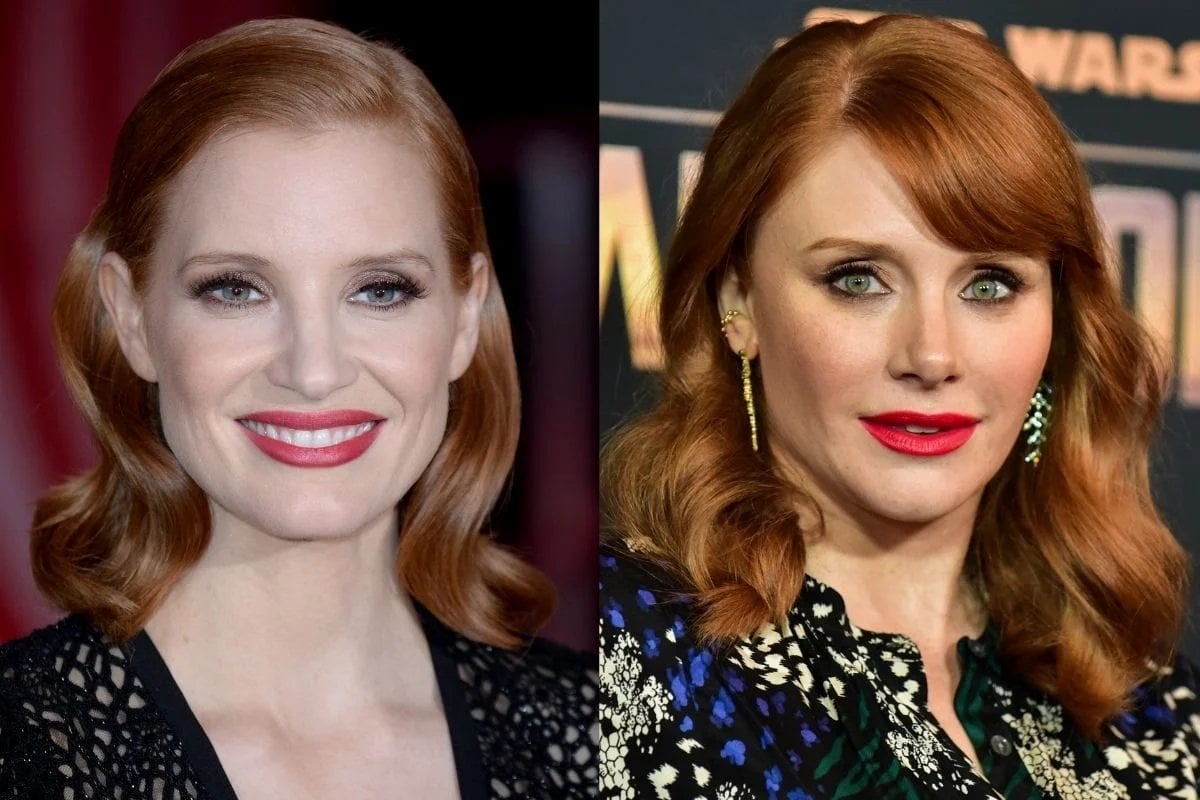 Was it Amy Adams who starred in The Wedding Crashers? Or was it Isla Fisher? Pretty sure it was Amy Adams. Or was it actually Isla Fisher? Just kidding, I have no idea. For some reason - presumably because they LOOK LIKE THE EXACT SAME PERSON - I always get them mixed up.

Watch: Our favourite celebrities doing impressions of other celebs.

And it's not just Amy Adams and Isla Fisher who look like they were born from the same womb. Ohhhh no. There's actually quite a few celebs who look really eerily similar. While some have the same hair or eyes, others have the exact same facial features/entire face (we're looking at your Leighton Meester and Rachel Bilson).

Cause we all can't get enough of a good list (we know you love 'em. Seen you havin' a scroll), we thought it would be fun to round up some of our favourite celebrities who could pass as identical twins. 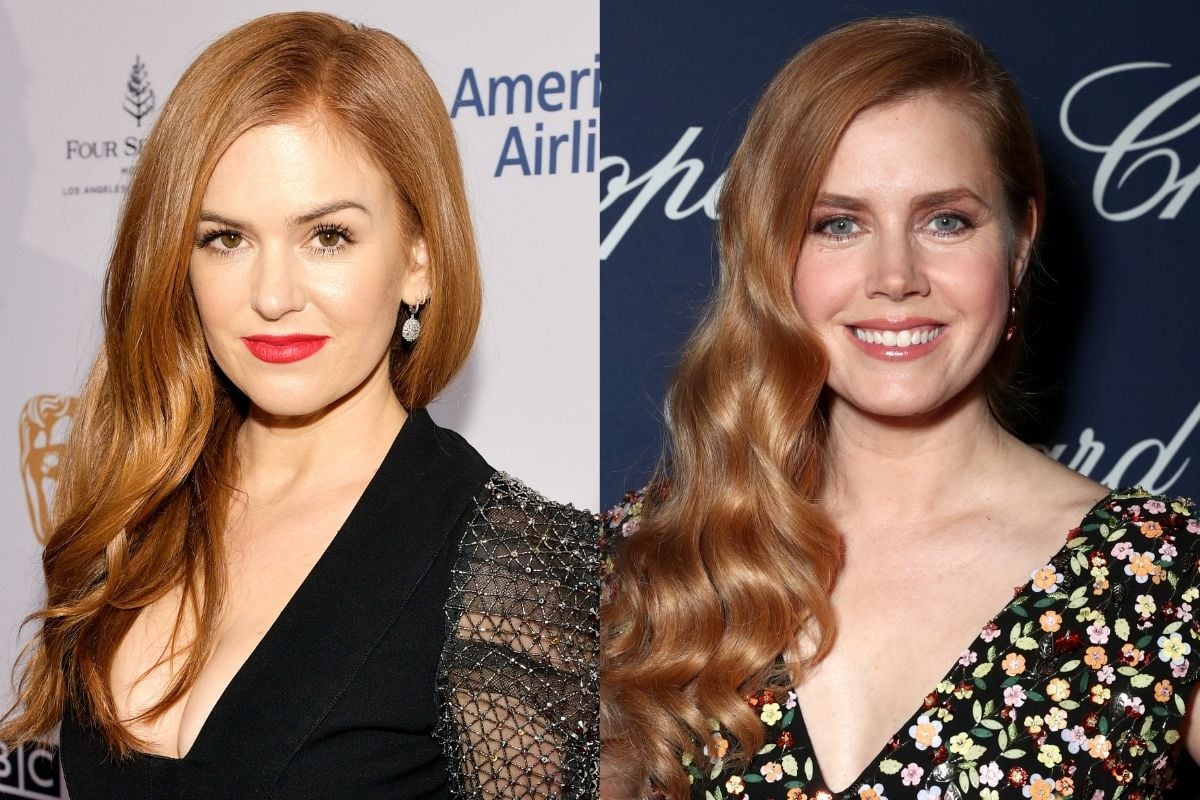 Is it the hair? The lips? The beautiful bone structure? Hard to say. Even with different coloured eyes, Amy Adams and Isla Fisher are most definitely the same person, and we don't care what you say.

And it's not just us seeing doubles. Fisher and Adams are so similar looking that they were both cast in Nocturnal Animals to play different versions of the same character.

The actresses have also admitted that they are regularly mistaken for each other. In fact, in a recent interview with The Project, Fisher said she finds the constant mix-ups to be pretty funny.

"We laugh about it because Amy has blue eyes and I've got brown, our husbands have laughed about it, too," she said.

"I haven't had it for a while, but I think I've been inside my house in COVID for a year," she joked. 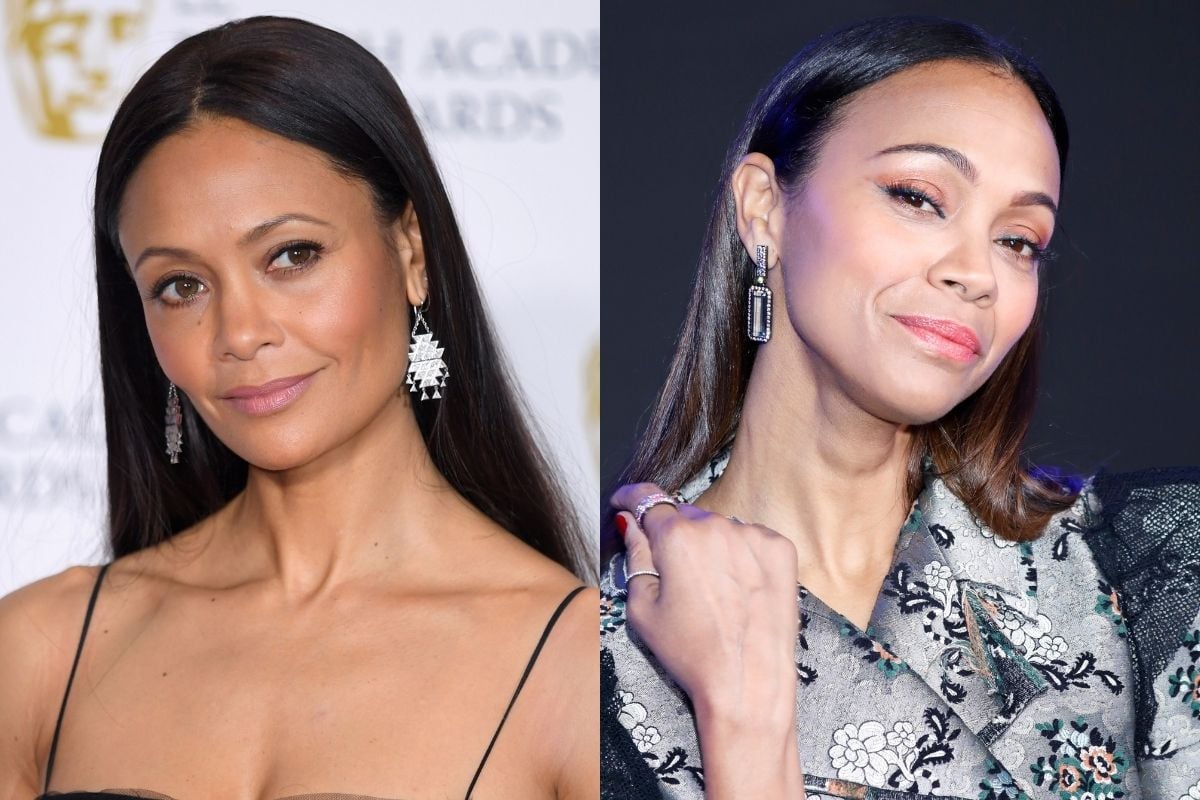 Ever get Thandie Newton and Zeo Saldana mixed up? Same. But don't worry - apparently everyone does. Even other celebs.

Speaking on The Graham Norton Show, Newton told a story about how Victoria Beckham once had an entire conversation with her at a SoulCycle class thinking she was Saldana. Eek! 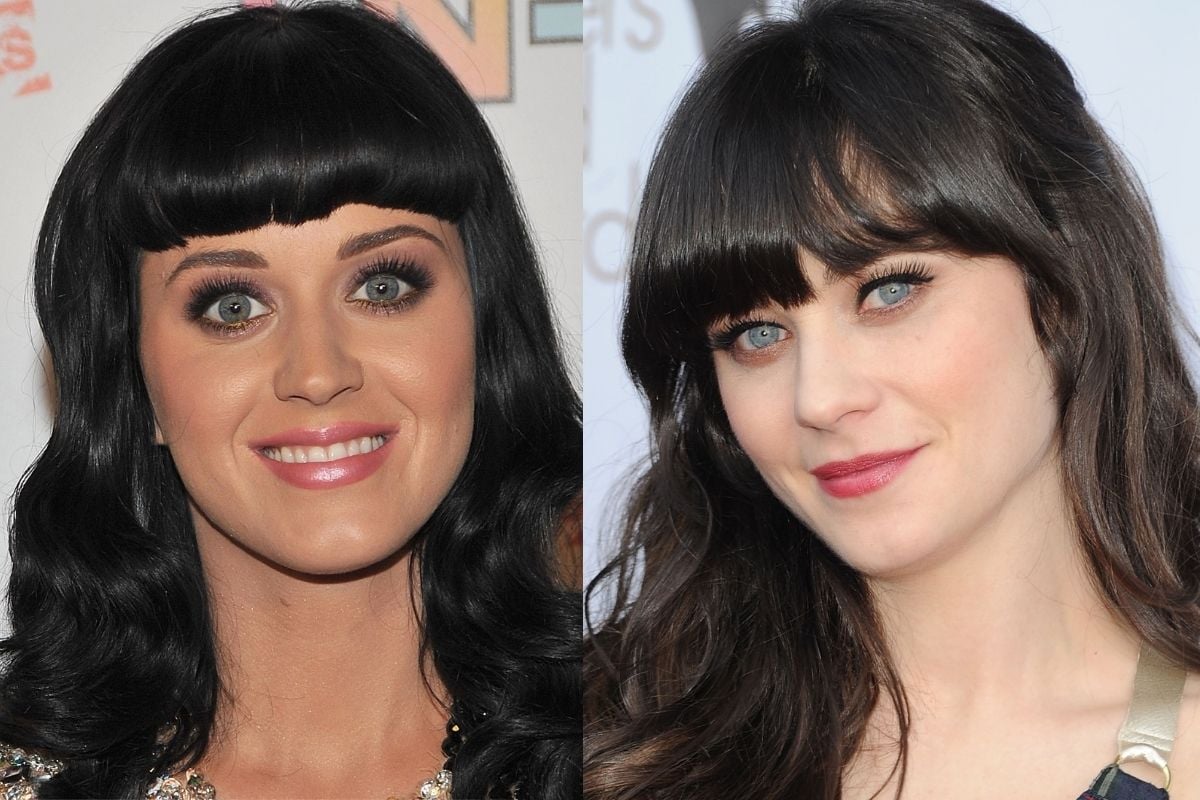 Oh, these guys. While Katy Perry may be a total hair chameleon (she's been rocking a platinum 'do as of recent), when she had Zooey Deschanel's signature style (long dark locks and bangs), the resemblance was *uncanny*.

In fact, Perry and Deschanel recently did an Instagram Live together, where Perry admitted that she used to pretend to be Zooey Deschanel before she was famous. Cute!

"I was pretty much a nobody, and you were like just getting so huge at that time, it was like Zooey Deschanel ran the world," she said. 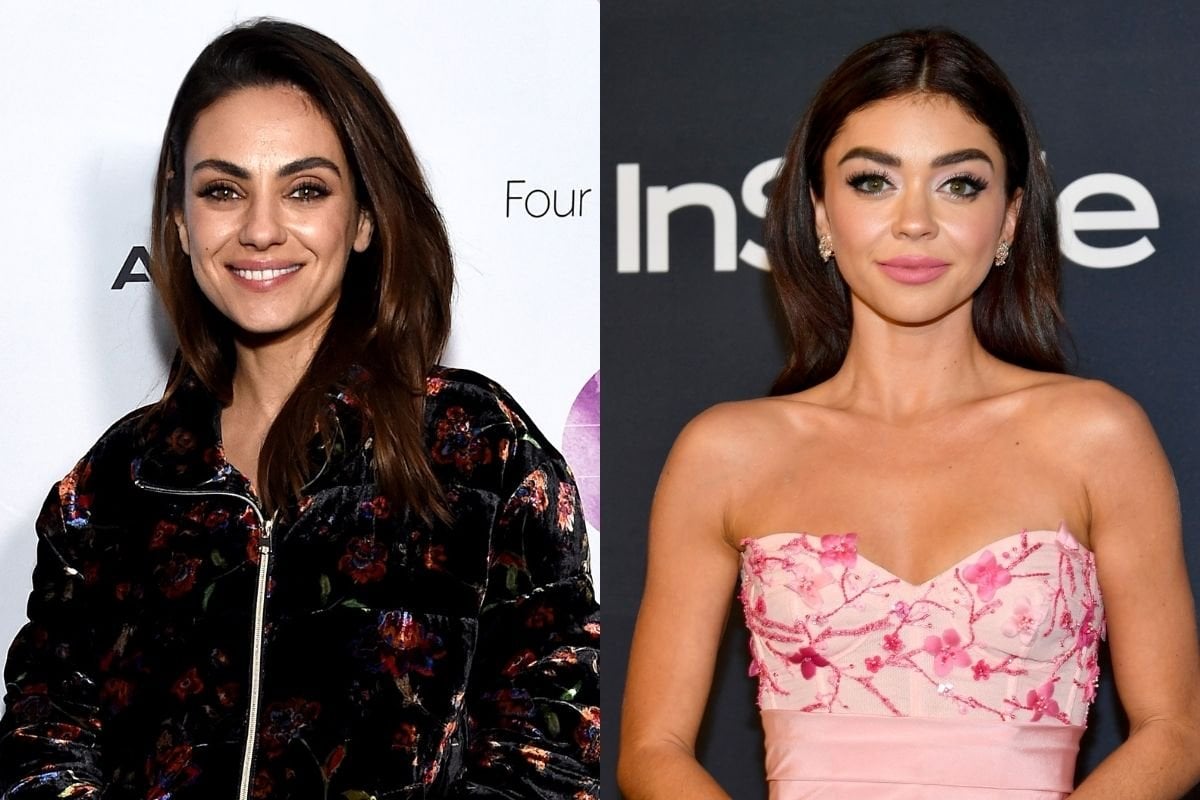 Those big hazel eyes have us seeing doubles!

"She came up to me and said she gets called me all the time too," Hyland told Instyle.

"She said that sometimes she pretends she’s me because it makes her feel young. I asked if I could pretend to be her next time somebody asks me if I’m her, and she said OK." 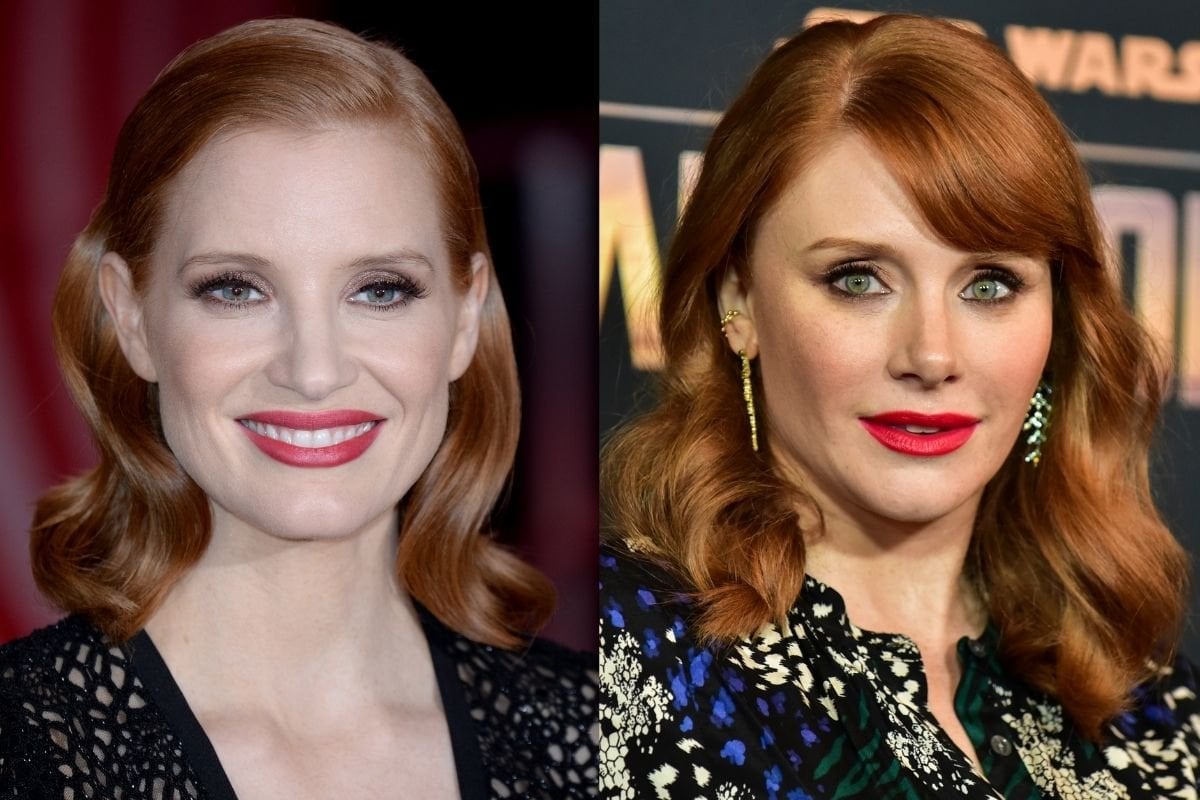 I'm sorry, but we're not going to sit here and pretend Jessica Chastain and Bryce Dallas Howard are two different people. Have you... seen them?

In a recent TikTok, Chastain joked that she was "f**ing sick" of being confused with Howard.

"When you spend 20 years building a career and they still think you work at Jurassic Park," Chastain captioned the video, referring to Howards' role in the Jurassic World sequels.

This isn’t the parent trap y’all

♬ Sick Of It - KingDiaaa2

Fans were quick to jump in on the joke, trolling Chastain with other lookalike actresses.

One wrote, "Loved you as a blonde in Spider Man 3," while another said, "You were fantastic in Enchanted."

While they're both highly acclaimed for their roles in dramas and action flicks alike, we're just over here waiting for someone to hurry up and cast them in a movie as sisters. Like, c'mon! Missed opportunity. 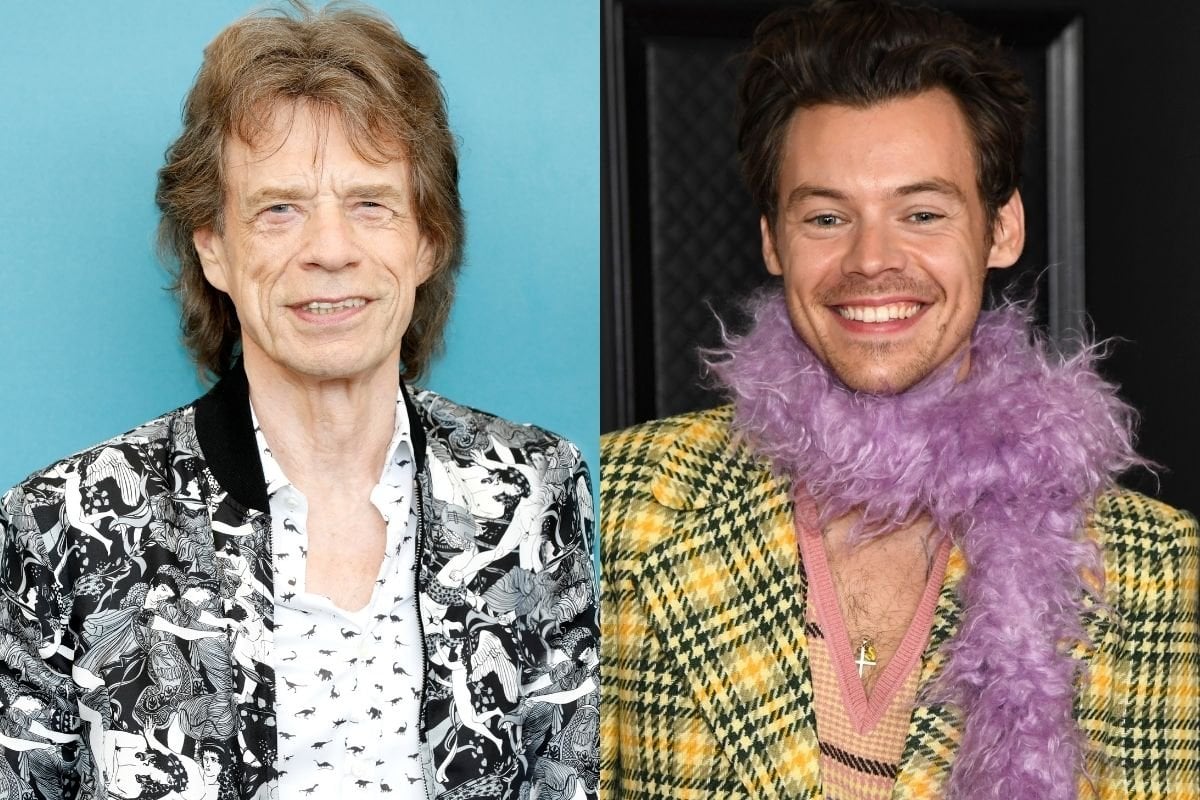 Quick question: Can you be reincarnated before you die? Cause something's going down here.

Even though they're nearly 51 years apart, the likeness between Mick Jagger and Harry Styles is scary AF. From the pouty lips to the shaggy hair and jazzy stage outfits, we feel like there's a plot twist coming where we find out that Style is actually Jagger's son. Soon. Soon. 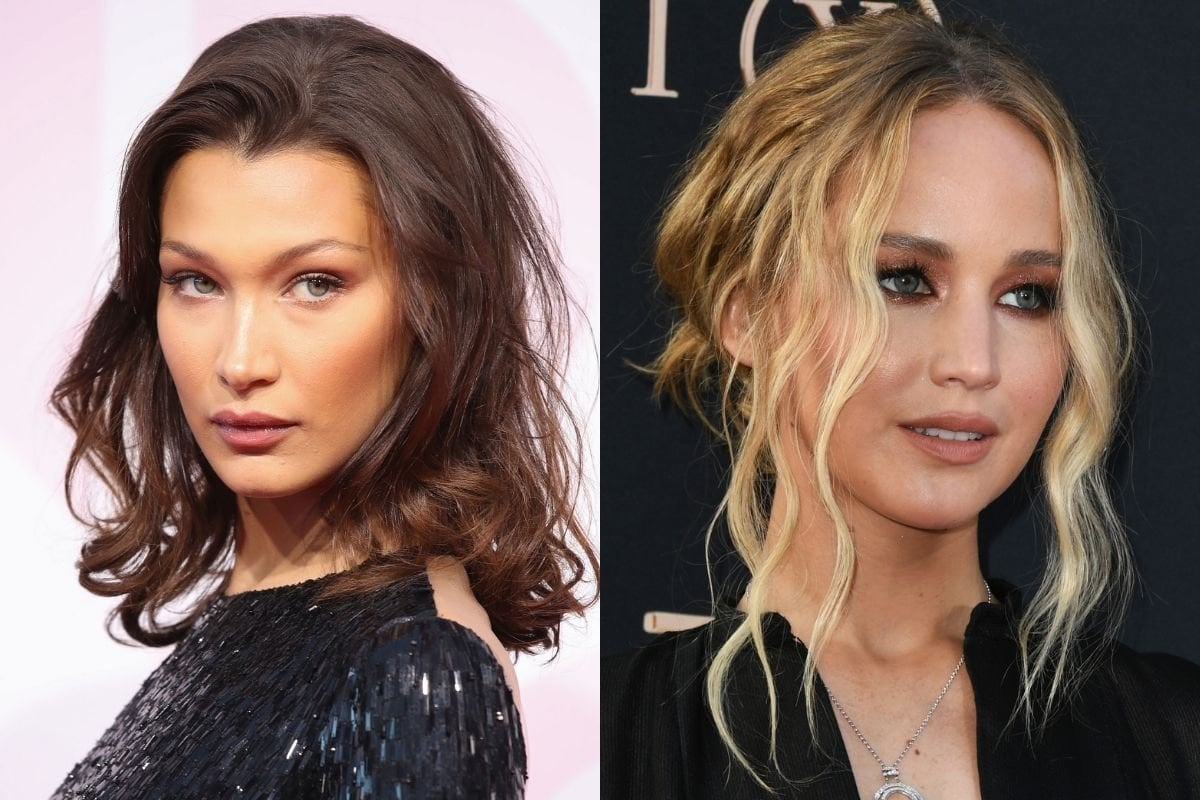 Is it just us, does Bella Hadid look more like Jennifer Lawrence than her own sister Gigi? You might not notice it right away, but once you do it's hard not to see it, y'know?

In an interview with Seventeen, Hadid said, "I never saw it, but there are some photos that it's really weird, and we look very similar. People say it all the time. I'll walk onto set and five people will say, 'You know who you look like?' and I'm like, 'Jennifer Lawrence?' then they'll say, 'How'd you know I was going to say that?' and I'll go, 'Because I hear it five times a day.'" 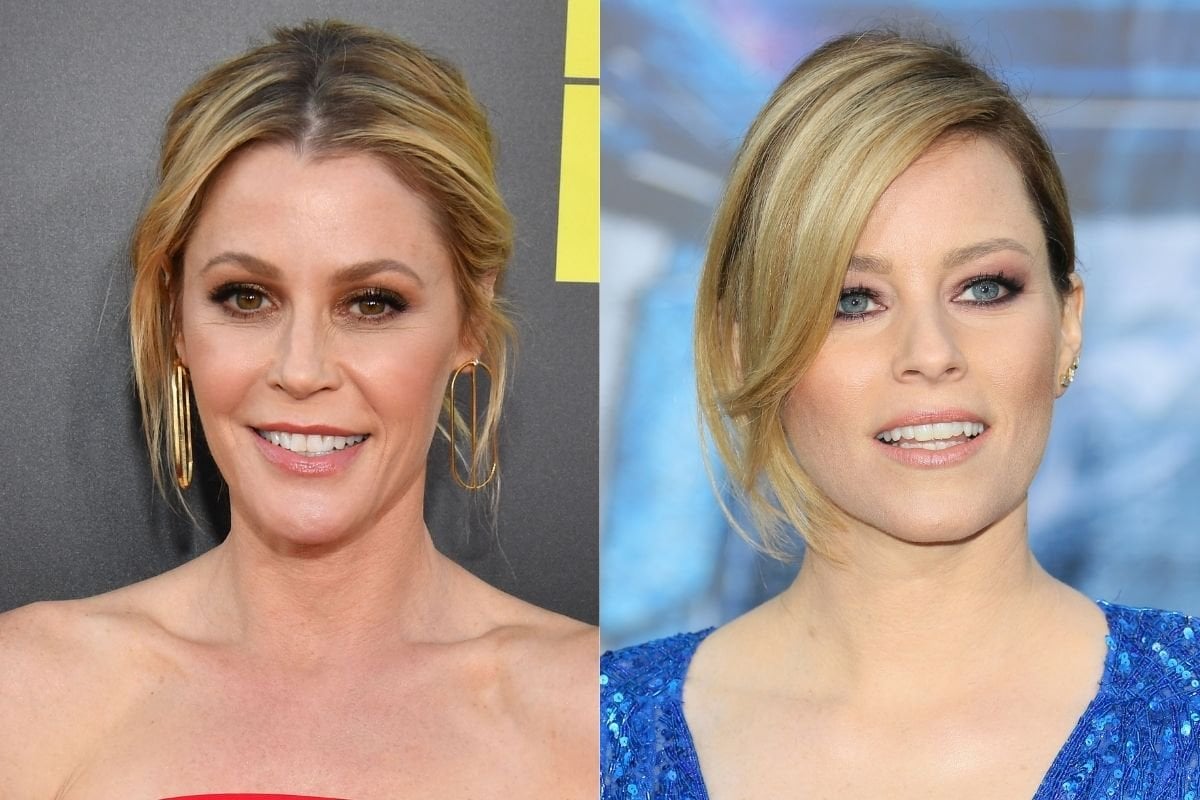 With their blonde hair and big smiles and similar facial features, we seriously struggle to tell Julie Bowen and Elizabeth Banks apart. They've even shared time together on screen, with Banks once guest starring on Modern Family.

Someone pls confirm they're long lost sisters IRL. Thanks. 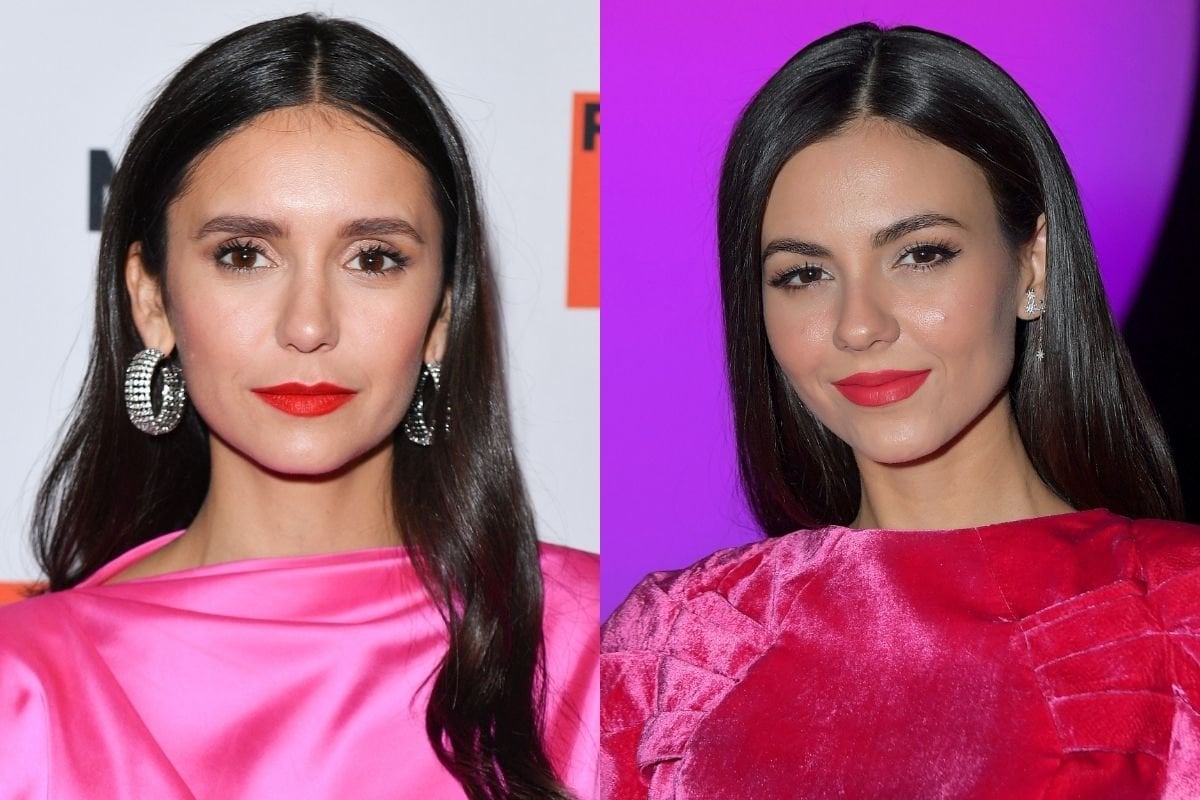 Victoria Justice and Nina Dobrev, are two other celebs who we can hardly tell apart. While they're both well-known to fans of teen TV (Justice was in the Nickelodeon show Victorious, and Dobrev in The Vampire Diaries), they also have some really similar stuff going on in the gene pool - with identical facial structures and smiles.

Once you look at an image of them side-by-side, it's insane.

Will Ferrell and Chad Smith. 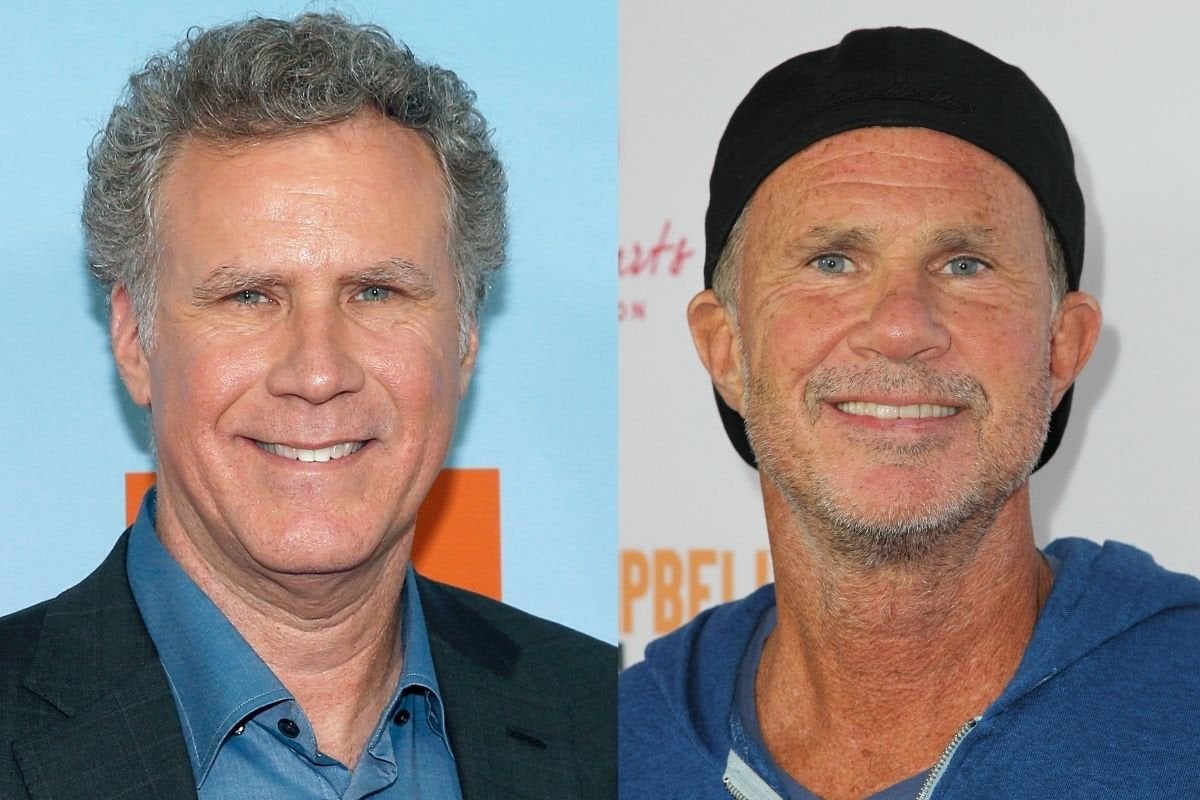 Were you aware that the drummer for the Red Hot Chilli Peppers looks like Will Ferrell's twin brother? No? HOW CRAZY IS THE RESEMBLANCE?!

The pair appeared on The Tonight Show Starring Jimmy Fallon wearing the exact same outfit where they performed an epic drum-off, which was intended to unmask the drumming 'imposter'. So good. 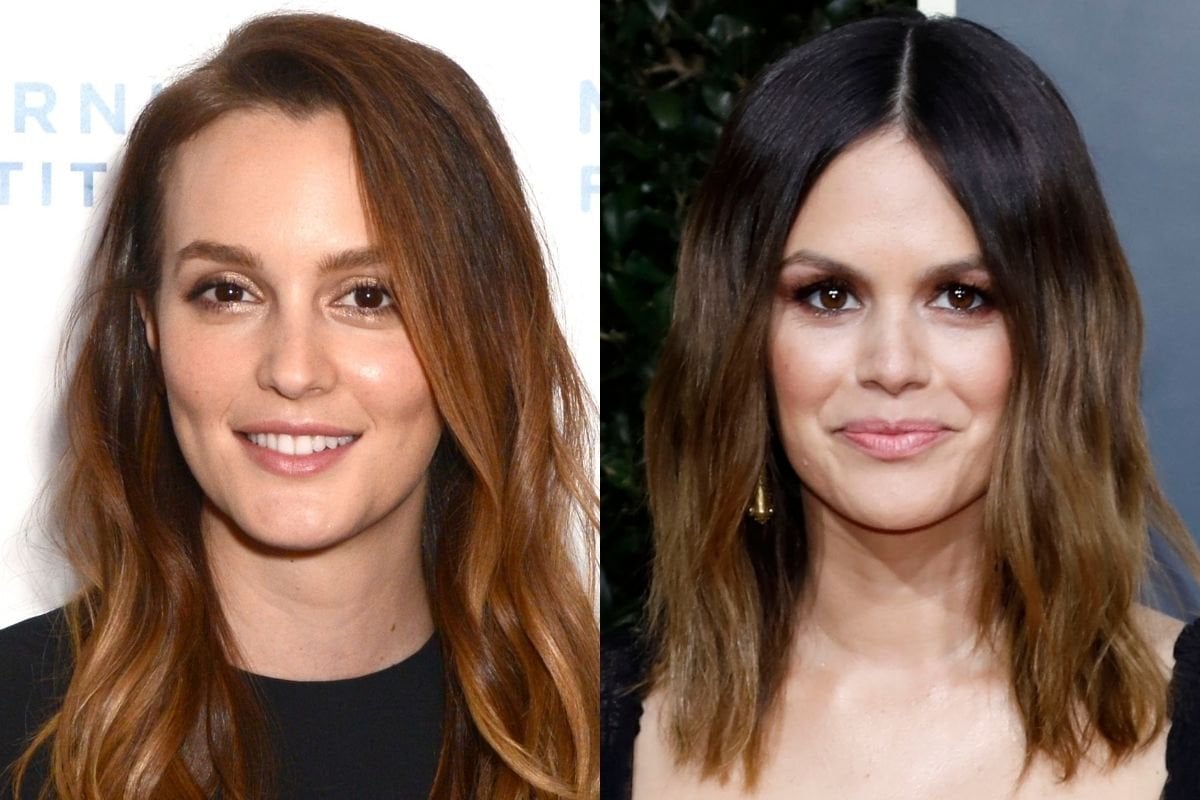 The O.C. actress Rachel Bilson and Gossip Girl's Leighton Meester were both huge teen stars around the same time, and they look pretty identical to boot. Don't you think? We always get 'em confused. We can't tell if it's their brown eyes, dark hair, or their almost identical bone structure... 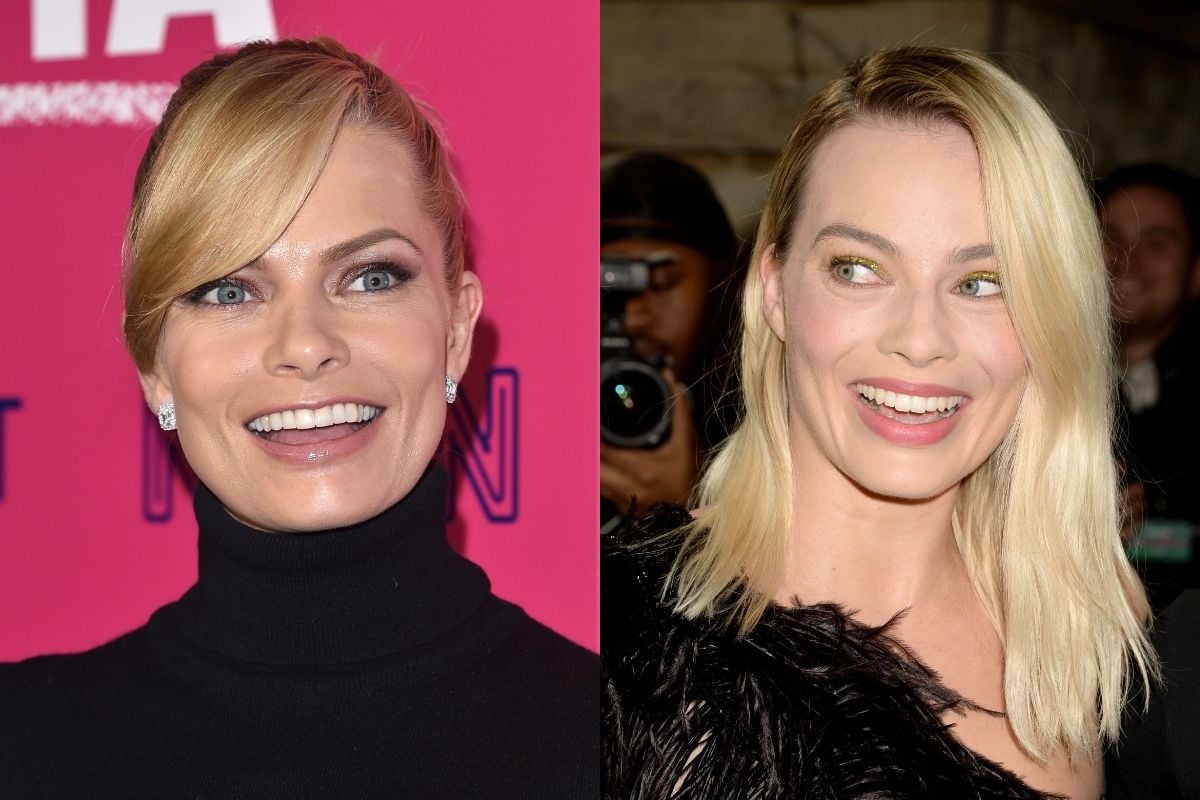 Jaime Pressly may have been kicking around the red carpet longer than Margot Robbie, but my golly - you could easily mistake one for the other.

In case you missed it, the My Name Is Earl star looks really freaking similar to Robbie, with a similar shaped face and jawline, blue eyes and blonde hair.

Fans even started questioning if they *actually* were the same person, but rumours were shot down when the two famous actresses finally met each other. (P.S. they looked like they were just as shocked at their resemblance as everyone else). What a ride. 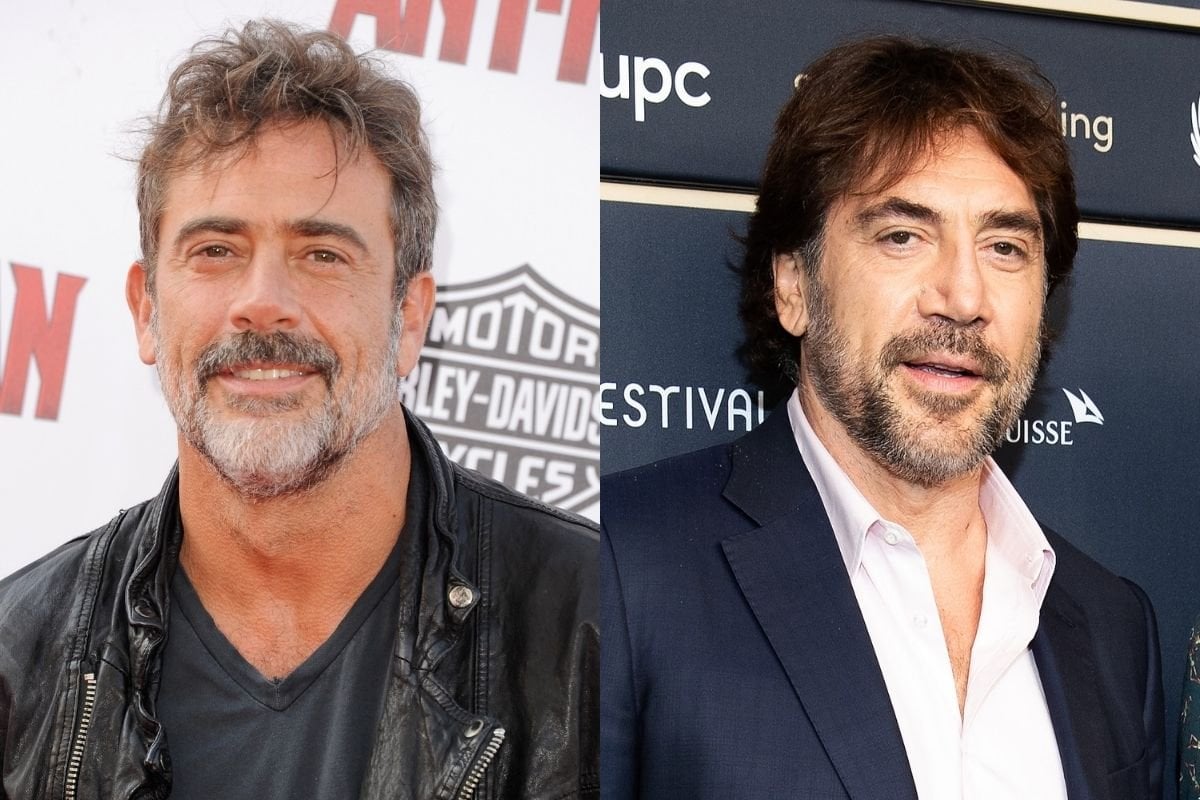 This... is the same person. And please don't even try to convince us otherwise. From the rugged good looks to snapping up roles as evil characters on screen, Jeffrey Dean Morgan and Javier Bardem are *identical*.

Reply
Upvote
Each and every face I see in the world looks completely original to me. Sure, being humans, a lot of us look like each other but my eye notices everything and I recognise people even if I haven't seen them for over twenty years. I thought everyone saw faces like I do until these celebrity doppelgänger stories started circulating via tabloids and then the internet.  I see similarities in so far as hair colour and facial placement but they're 100% their own people and have a look that is all their own. I also recently heard about Prosopagnosia, otherwise known as face blindness and it totally blew my mind.
R
rush a year ago