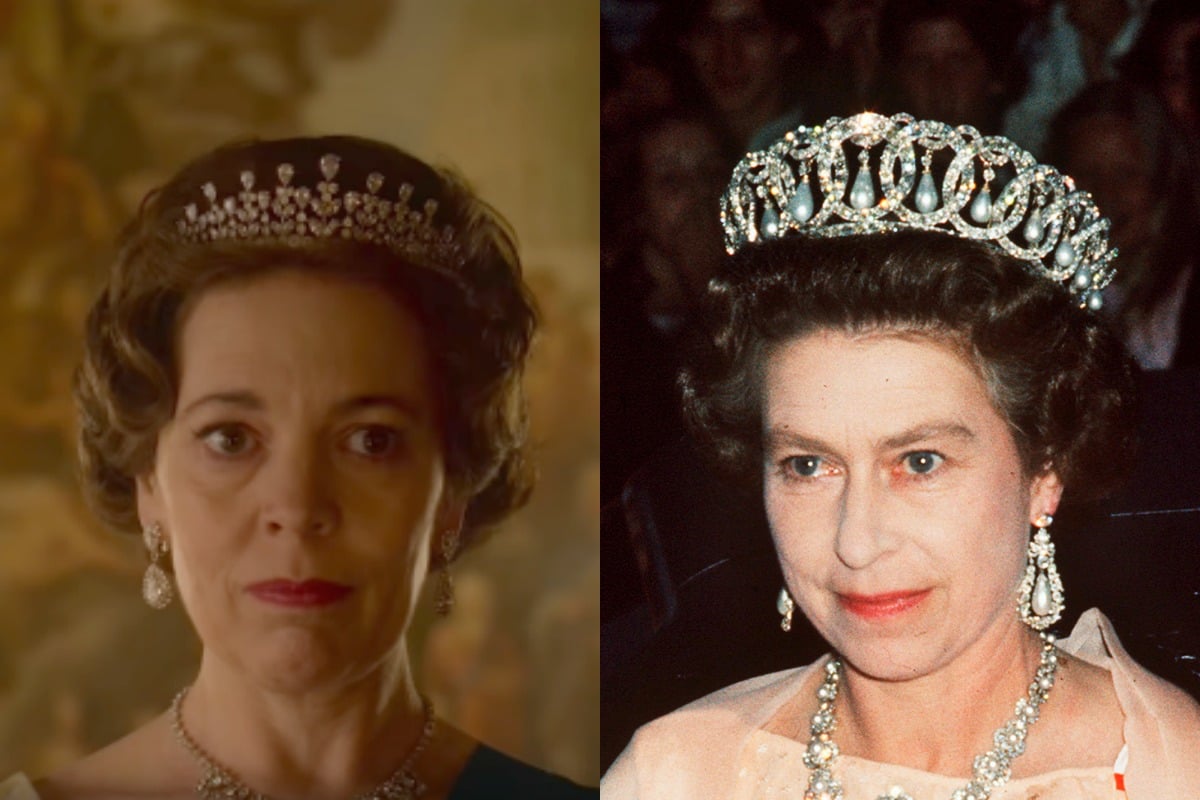 The Crown season three will soon be dropping onto Netflix and pulling us all back into a web of scandalous royal intrigue and historical decadence.

Here’s everything you need to know about the third season.

After much anticipation, the premiere date for season three of The Crown has finally been announced.

Confirming the date via Twitter, we can expect the next instalment of the royal drama to hit our feeds from November 17, 2019.

“Season Three of The Crown, starring Olivia Colman as Queen Elizabeth II, arrives 17th November,” they tweeted, with an accompanying 21 second video of Colman in her new role.

Season one of the historical hit was released in November 2016 and series two in December 2017, however, there was a longer production period leading into the third season due to the introduction of a brand new cast and a time jump in the storyline.

Filming for season three began in July 2018, and Olivia Colman confirmed at the 2019 Oscars in February that principal filming for the show had just finished – although she also mentioned that reshoots were about to take place.

Filming for season four of The Crown will start in August 2019.

Olivia Colman as the Queen

Oscar winner Olivia Colman will star in the third season of The Crown as Queen Elizabeth II. The star of Broadchurch and The Night Manager has taken over the role from Claire Foy, who portrayed the Queen in the first two seasons of the show. Colman’s storyline will span the Queen’s life from 1964-1976.

In the latest trailer, the Queen appears defeated as she prepares for her Silver Jubilee to mark 25 years on the throne.

“This country was still great when I came to the throne, all that’s happened on my watch is that the place has fallen apart,” says the Queen.

We also see the Royal Family struggle to cope with the county’s bankruptcy, poor national security and public outrage during the 1972 miners’ strike.

Watch Olivia Colman in the season three trailer of The Crown. Post continues after video.

After the fascinating life of Princess Margaret was brought to life in The Crown seasons one and two by the brilliant Vanessa Kirby, fans were eager to see who would take up the mantle. The answer was famed character actress Helena Bonham Carter.

“I’m not sure which I’m more terrified about – doing justice to the real Princess Margaret or following in the shoes of Vanessa Kirby’s Princess Margaret,” Bonham Carter said when her casting was made official. “The only thing I can guarantee is that I’ll be shorter than Vanessa.”

Listen to Mamamia’s Entertainment Editor Laura Brodnik chat to Vanessa Kirby (a.k.a Princess Margaret) about the raucous time she had filming The Crown. Post continues after audio.

Game of Thrones star Tobias Menzies has taken over the role of Prince Philip from Matt Smith.  He’s best known for playing Edmure Tully on Game of Thrones, along with playing the dual roles of Frank and Jack Randall on Outlander.

Theatre actor Ben Daniels (who is best known for appearing on the Netflix series House of Cards) will play Princess Margaret’s husband, photographer Anthony Armstrong Jones – commonly known as Lord Snowdon – in the third season of The Crown. Daniels is taking over the role from Downton Abbey’s Matthew Goode.

Marion Bailey will be taking over the reigns from Victoria Hamilton as Queen Elizabeth, the Queen Mother. The film, TV, and theatre actress has appeared in several series and productions, with her most recent being Cara in the TV series Brittania, and Mrs. Sinclair in the 2016 film, Allied, which also starred Marion Cotillard and Brad Pitt.

Marion Bailey will play the Queen Mother in The Crown Season Three. pic.twitter.com/T6JX2D8Qyg

The Crown season three found its Prince Charles in Josh O’Connor, who is best known for starring in God’s Own Country. He will be suiting up as Queen Elizabeth II’s oldest child and the current heir to the throne.

We can expect to see Prince Charles finally meet his second-wife Camilla Shand, who will be played by actress, and writer, Emerald Fennell. To date, Fennell has appeared in multiple films and movies like Call the Midwife, The Danish Girl and Pan, and was chosen by Phoebe Waller-Bridge to replace her as head writer in the second season of Killing Eve.

Playing the role of Princess Anne, the second child and only daughter of Queen Elizabeth II, this will be Erin Doherty’s biggest role to date. The actress also held a small role as Jessie Marsh in BBC’s Call the Midwife, and played Fabienne in a TV mini-series adaptation of Les Misérables.

It’s been confirmed by Netflix that The Crown season three has found its Iron Lady in X-Files actress Gillian Anderson, who has signed on to play British prime minister Margaret Thatcher in the upcoming season.

What we can expect from season three of The Crown?

The third and fourth series will span the years 1964-76, with series one and two have covered the early years of Queen Elizabeth II’s reign, from 1947-63.

Thanks to a few early cast interviews, we know it’s going to feature quite a few scandalous royal storylines, ripped straight from the history books.

Here are three juicy storylines you can expect from The Crown season three...

Princess Margaret begins quite the racy affair with Roddy Llewellyn

Season three of The Crown is set to be just as interesting and drama-filled for our favourite princess as it was for her the first two times around.

In season three Princess Margaret (previously played by Vanessa Kirby) is known as the Countess of Snowdon, following her marriage to Anthony Armstrong-Jones (now played by Ben Daniels). While the marriage started out as a happy and passionate one, in season three the relationship will begin to fracture and ultimately implode.

In the midst of these events, Princess Margaret will begin quite the scandalous affair with gardener Roddy Llewellyn (Harry Treadway). In fact, actress Helena Bonham Carter has already been photographed on the set of the series embracing Harry Treadway.

Thanks to a bit of casting information from the set of The Crown season three, we know that Call the Midwife star Emerald Fennell will join the series as Camilla Shand, who would later become Camilla Parker Bowles, Prince Charles’ second wife and the now appointed Duchess of Cornwall.

The many scandalous escapades of Anthony Armstrong-Jones, Earl of Snowdon

While Princess Margaret will have an intense storyline in the third season of the hit Netflix show, her husband, the Earl of Snowdon, will also be taking on a starring role.

The Crown’s historian Robert Lacey told Town & Country “In season three, without giving anything away – it’s on the record, it’s history – we’ll see the breakup of this extraordinary marriage between Margaret and Snowdon… you see how it starts, and what a strange character, a brilliant character Snowdon was.”

Now, that sounds like a storyline we need to see played out on screen.

Season three of The Crown will air on Netflix from November 17, 2019, seasons one and two are available to watch on the streaming service now.

For more stories like this, you can follow Mamamia Entertainment Editor Laura Brodnik on Facebook.  You can also visit our newsletter page and sign up to “TV and Movies”  for a backstage pass to the best movies, TV shows and celebrity interviews (see one of her newsletters here.

Bad casting this season. I would have preferred if Claire Foy had been aged to play the Queen, rather than Olivia Coleman, who hopefully the makeup artists have done something about her shocking overbite. Gillian Anderson, not so much as Margaret Thatcher either.

Some good casting here. Also, you've called Emerald Fennell 'Esther'. (Pretty sure it's not the first time you've done that - or you've recycled a previous article without proof reading it.)